Agriculture is Afghanistan’s lifeblood. Making agriculture work better means putting more food on the tables and more money in the pockets of Afghan farmers—and of everyone connected to farming. The Agricultural Credit Enhancement (ACE) program enables those who make agriculture work to borrow money locally, invest in basic inputs such as seed and fertilizer, and repay the loans after their crops come in. 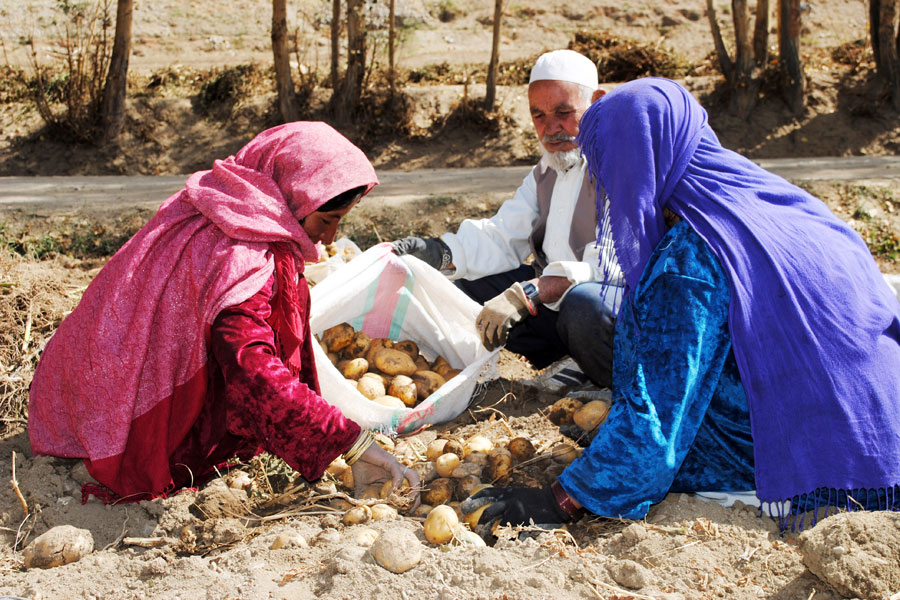 In the West, where almost anyone can borrow money, we take credit like this for granted. But in Afghanistan, and especially to rural farmers and related businesses, credit is alien. ACE is filling this gap. In the past year, the project has facilitated credit for more than 15,000 rural households. And because these loans are channeled through the Government of the Islamic Republic of Afghanistan, the borrowers increasingly feel that the government is engaged on their behalf, making the project a valuable complement to other programs designed to nurture public support for the institutions of governance.

The Agricultural Development Fund is fully operational, with approximately 70 employees, a central office in Kabul, regional offices in Jalalabad, Mazar-e-Sharif, and Herat, and a provincial office in Bamyan. Through this infrastructure, the fund has lent some 1.5 billion Afghanis, or about US$37 million, directly benefiting 15,000 rural households in 25 of Afghanistan’s 34 provinces.

Perhaps most importantly, these basic and affordable loans are being repaid diligently. Indeed, the future appears bright for this new financial service and its beneficiaries.

The high-profile, five-year ACE project is funded by the U.S. Agency for International Development (USAID). At its heart is the Agricultural Development Fund (ADF), a US$100 million loan fund that DAI co-manages with the Afghan Ministry of Agriculture, Irrigation, and Livestock. In fact, our main office is housed within the Ministry. From its onset, we expected ACE to be challenging because of the ambitious targets laid out by our client as well as the hesitation of Afghanistan’s banks to lend to agriculture. ACE also marked one of USAID’s first attempts to work directly with the Afghan government. If anything, we underestimated this challenge. Not a single day has gone by in which ACE hasn’t had to come up with creative and innovative ways to overcome what seems to be an endless chain of obstacles.

The ACE/ADF loan program set out to work mainly through financial intermediaries such as banks and non-bank financial institutions, and to a lesser extent through nonfinancial intermediaries and agribusinesses. A few months into the project, we realized the implementation environment was substantially different from what was originally thought. We had designed ACE based on five fundamental assumptions, most of which were somewhat flawed:

In the face of these challenges, we decided to make a sharp strategic shift by designing a set of innovations to manage the risk of working with nonfinancial intermediaries; namely, developing in-house talent in Islamic finance and adapting existing Sharia-compliant financial products to the specifics of Afghan agriculture, all while rolling out an aggressive credit program.

CMUs are teams of three to six local finance and administration personnel. They are located within the nonfinancial organization that is serving as a financial intermediary, typically a cooperative or farmer association. While CMU personnel report to the host organization, they constitute, in practice, a branch of the ADF.

These teams have three objectives: a) process on-lending applications submitted to the financial intermediary, b) administer the loan portfolio, and c) ensure the timely collection of loans. ACE has a CMU Coordination Unit that monitors loan performance and alerts other project units at the first indication of complications. 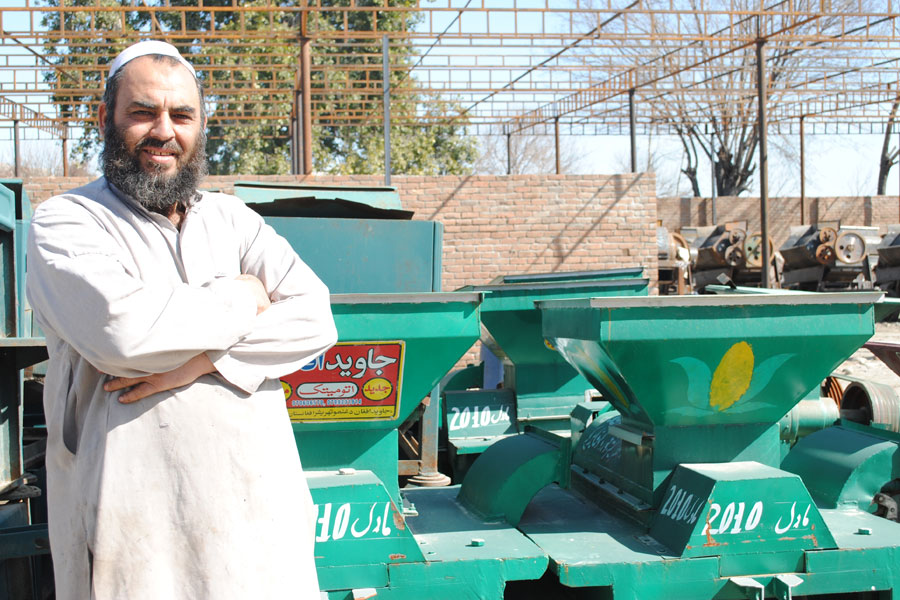 CMUs are equipped with standalone portfolio management software and basic hardware that provide ACE with periodic reports. The costs of the CMU—software, hardware, and personnel—are covered through a grant for the duration of the loan.

Typically, the financial intermediary will keep a share of the “spread,” or markup (see Innovation 2 below). This markup is expected to cover the costs of the CMU once the lending relationship with ACE/ADF ends, enabling the future, locally owned and operated CMU to continue administering loans for the financial intermediary which, now with a positive credit history, becomes eligible for loans from the Afghan banking sector.

Currently, more than 4,800 farmers are serviced by five CMUs established within farmer associations and cooperatives. These CMUs manage more than $6 million and maintain a zero default rate.

Three issues prevented ACE/ADF from lending at a pace consistent with the expectations of the Afghan government and USAID:

Clearly, we had to innovate. So we adapted Islamic financial products commonly applied to sectors other than agriculture. Given the absence of legislation regarding Islamic finance in Afghanistan, as well as the need to keep the structure of financial products and administration of loans simple and transparent, ACE relied heavily on Murabahah, one of the simplest and most common Sharia-compliant lending mechanisms.

The ACE program has launched several initiatives to enhance agricultural livelihoods: a financial product exclusively for women agribusiness entrepreneurs and an interactive database that incorporates market data for over 50 agricultural commodities, as well as studies and other information related to Afghan agriculture. ACE also provides technical assistance to its clients, which includes training in financial management, crop production, market development, and other skills.

Typically, Murabahah is used in transactions related to the purchase of real estate, vehicles, machinery, and consumer goods. Essentially, it adds a markup to the original price of the good, which is not directly related to the time value of money (interest). Two examples:

What Is Special About These Agreements?

We have since drafted our Islamic Finance Policies and Procedures, which are being reviewed by the ADF advisory board. We are also building the capacity of lending officers in this important area. The ADF recently selected members for its new Sharia Board, which will certify the compliance of financial products and loan agreements with Islamic principles.

These innovations have been crucial to expand the portfolio of the ADF, especially considering that more than 40 percent of the portfolio consists of Islamic financial products. Innovations like these have made the ACE program one of the most effective U.S. foreign assistance initiatives in Afghanistan.