This is what marketing looks like in rural Afghanistan.

It arrives on the mobile phones of farmers, many of whom do not know how to use certain products, arriving not intrusively like spam but as a practical Short Message Service (SMS) tip to help farmers protect their crops, boost productivity, and make more money. The sender, however, is not an extension worker, aid agency, or university partner—it is a businessman in Jalalabad trying to sell farm inputs and supplies while cultivating customer goodwill. 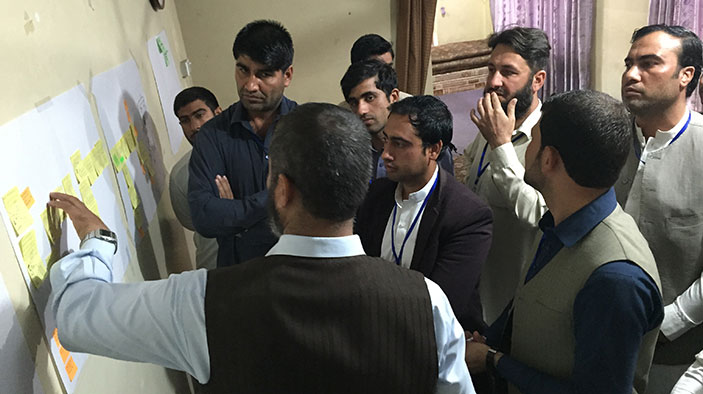 Thousands of Afghan farmers are now getting tips from suppliers via SMS thanks to Incentives Driving Economic Alternatives for the North, East, and West (IDEA-NEW), a U.S. Agency for International Development project implemented by DAI.

The SMS program began with three wholesalers in July 2014 and expanded to six shortly thereafter; by December, they were messaging more than 4,600 farmers and their sales of insecticide, seed, fertilizer, and other inputs had increased by 8 to 15 percent. The wholesalers’ SMS programs were partially funded through cost-share grants managed by IDEA-NEW, but in the future all the suppliers in the program plan to fully fund their SMS marketing as a core business expense.

“The SMS and [demonstration] field days let us advertise our products directly to farmers and help retailers to sell more,” said Aziz Rahman, owner of the Bakhtar Afghan farm supply and equipment store. “Via SMS, farmers can ask technical questions and send complaints to our agriculture expert, and we respond.” 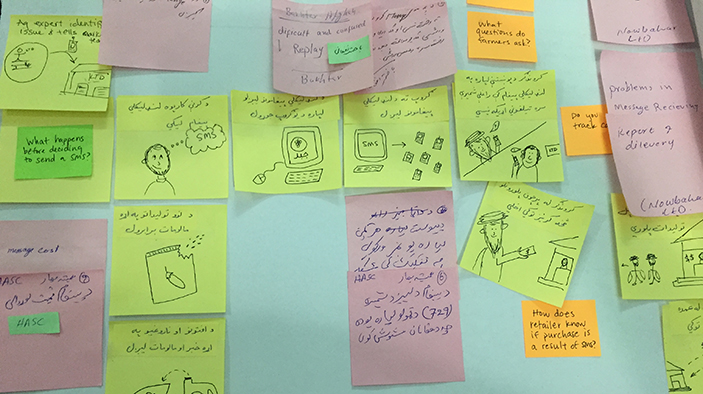 The SMS program marks the latest initiative by IDEA-NEW, which since 2009 has assisted Afghanistan’s agribusiness community. Among IDEA-NEW’s accomplishments: 14,000 additional hectares of licit crops cultivated, half a million farmers trained on improved practices, and 9.4 million livestock under improved care and management, while prioritizing local procurement ($13 million from Afghan vendors), assistance to female-owned businesses (more than 9,800), and job creation. Through 2014, IDEA-NEW has created more than 55,000 full-time equivalent jobs in agriculture, community-constructed infrastructure, and rural business development, and paid more than $7.8 million in wages while facilitating $8.1 million in agricultural exports.

For the SMS marketing program, wholesalers of agricultural products built databases of potential customers’ locations and crops by collecting information at demonstration field days, and from retailers’ and extension agents’ contact lists. Wholesalers’ staff visited communities to identify local issues, such as pest or disease outbreaks, to create tailored messaging. Most messages contain a local phone number farmers can call for more information or to find the local retailer.

According to a recent IDEA-NEW survey, 73 percent of farmers who received the marketing SMS said the messages helped them farm more effectively. Many gave ultimate approval by spreading the SMS information within their social network. Sixty-six percent said they bought inputs as a result of the SMS, with 44 percent of those buyers saying they would not otherwise have bought that product.

“We designed the SMS initiative in part to promote safe use of agro-chemicals and alternatives,” noted IDEA-NEW Chief of Party Robert Jacobi. The team provides Pesticide Evaluation Report and Safer Use Action Plan (PERSUAP) training to wholesalers and retailers, and training to farmers on integrated pest management. IDEA-NEW emphasizes safety guidelines in grant documents and has flagged SMS messages and followed up with grantees to ensure their marketing messages are for approved chemicals.

Disseminating agricultural information via mobile phones is trending in development, but many approaches rely solely on donor funds to send SMS and fail to strengthen local relationships. Requiring the wholesalers to co-pay for their SMS marketing increases their stake in its success and helps ensure funds are invested in wholesalers who are thinking innovatively. When their own money is on the line, they are more committed to learning from the pilot and from training provided by IDEA-NEW, such as on how to write a more effective SMS.

For 2015, DAI is scaling up its SMS marketing pilot, including for use in USAID’s Regional Agricultural Development Program–North project. DAI will also be adapting and testing this market-driven model in additional countries later this year.

While the IDEA-NEW SMS marketing program is in its early stages, evidence indicates that it will continue to help drive agricultural productivity and sales. More importantly, the simplicity of the program’s design suggests that, effectively designed and implemented, it could be replicated in other countries where mobile phones are abundant, bandwidth is minimal, and people’s wellbeing depends on how well they farm.