Already facing severe climate-related disruptions, Bangladesh is now enduring the additional economic and human development setback of the COVID-19 pandemic. Both threaten to reverse the considerable gains made to reduce poverty and inequality in the country. Bangladesh is trying to stay one step ahead, however, by building social protection and disaster response systems that enhance long-term resilience by getting financial resources to the needy when they most need that support.

As part of this process, the Government of Bangladesh has developed a National Social Security Strategy (NSSS) to reform the provision of social assistance. The strategy seeks to help people when they are particularly vulnerable: during pregnancy and infancy, in their early years, or if they incur a disability. It also offers assistance for female-headed households and the elderly. The timetable for implementing the NSSS has now passed the midway point.

The Government of Bangladesh provides two main strands of direct assistance to its citizens: long-term developmental aid and disaster response assistance. The former helps vulnerable people manage the risks they face; the latter builds their resilience so they can respond better to disasters. Aligning the two around common systems and a fair, predictable, and efficient framework would help individuals and authorities to plan and make informed decisions, resulting in a more resilient society. Putting this approach in place requires:

This article outlines the benefits of such an approach, how such a system works, what the priorities are to put this in place, how it builds resilience to climatic shocks and could increase the efficiency and impact of climate-specific support. 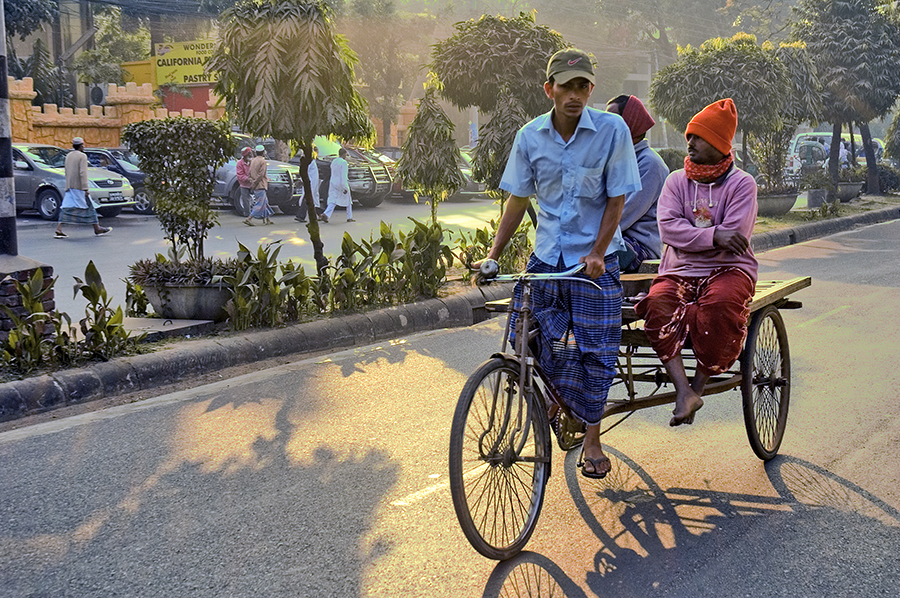 Bangladeshi citizens are greatly exposed to natural hazards. In the past, the government responded reactively to disasters, focusing on relief and rehabilitation. Since the 1990s it has taken a more proactive approach including risk reduction, community preparedness, and integrated response efforts. However, Bangladesh faces immense challenges in adapting to climate change. Two-thirds of the country is less than five meters above mean sea level, leaving it severely exposed to rises in sea level, as well as cyclones, storm-surge flooding, and salination. Regions of the country experience droughts, seasonal flooding, and abnormal temperature changes.

Some impressive progress has already been made toward reforming Bangladesh’s plethora of long-term social transfers (direct provision of cash and sometimes in-kind benefits to selected individuals or households). In making these transfers, authorities are starting to consolidate support around certain life stages with an increased risk of falling into poverty. However, the economic disruption caused by COVID-19 has threatened millions of livelihoods in Bangladesh, with many people already plunged into poverty. The government’s resources are now focused on mitigating the impact of COVID-19 among the poor and vulnerable, especially targeting those who are not the current recipients of any of the Social Safety Net Programmes (SSNP).

Approximately 26 million of the 31 million recipients of regular state cash benefits now receive their payments through this system, compared to just 0.1 million in 2017–2018. The payments management approach will provide the foundation for an adaptive (or shock-responsive) social protection system.

The U.K. Foreign, Commonwealth & Development Office (FCDO)’s Strengthening Public Financial Management of Social Protection project, managed by DAI, helped establish a central management information system in the government’s Social Protection Budget Management Unit to monitor social protection expenditure. A groundbreaking achievement of the project is the design, pilot, and successful implementation of an MIS-Integrated Government to Person (G2P) digital payment system for the transfer of social protection allowances. This system, which ensures the efficient transfer of cash benefits directly from the treasury to beneficiaries’ bank account or mobile wallet, has greatly improved efficiency and accountability. Approximately 26 million of the 31 million recipients of regular state cash benefits now receive their payments through this system, compared to just 0.1 million in 2017–2018. The payments management approach will provide the foundation for an adaptive (or shock-responsive) social protection system.

There are some important gaps, however, that need addressing. For example, long-term transfer programs need to expand to benefit pregnant women and children under 5; other programs need consolidating to serve vulnerable women and female-headed households. The poorest are also largely excluded; the criteria and data used to target poorer recipients remain error-prone and are frequently skewed at the self-interested discretion of local officials. Moreover, transfer levels are not adequate to make meaningful differences in people’s lives. Although high-priority groups are well covered 16 million out of the 31 million people covered are education-related stipends, which have quite low transfer values and are insufficient to result in transformative poverty reduction.

Importantly, there is no consolidated household register. The National Household Database (NHD) has yet to be fully implemented. Much of the data gathered falls out of date relatively quickly, and attempts to use it for targeting a COVID-19 response payment proved that the NHD remains unfit for purpose.

Furthermore, recipients—especially the most vulnerable people—tend to experience the system as fragmented, impenetrable, and duplicative, both in life-stage support transfers and discretionary disaster-related provisions. In both cases, support is dependent on the financing available and on officials’ interpretation of who “deserves” material help. It is thus not predictable or rules-based.

Although the G2P system can increase cash transfers quickly and accurately to meet growing needs, many programs—especially for emergency distributions—continue to use in-kind transfers even though they are often less efficient and effective.

COVID-19 has disproportionately affected poor people and people previously in informal or precarious employment who have since fallen into poverty. Poverty rates in Bangladesh have risen during the pandemic from 23 percent to 36 percent and will take considerable time to fall again. Coverage by social transfers did expand in the wake of COVID, by 5.8 million households, but this expansion does not keep pace with the increase in need. Attempts to make transfers to people not already receiving benefits were hampered by outdated and inaccurate data. Most people in the target group had simply not been on any register.

Addressing these gaps presents an opportunity to expand protection to cover risks not currently within the remit of the G2P system. Adapting to the impact of the climate crisis, for example, especially in the context of hazards and disasters, will require the Government of Bangladesh to provide targeted, easily accessible, efficient, equitable, and transparent financial support to affected populations. Making climate finance more accessible is a key challenge for providers and recipients. Using existing systems to increase the volume of finance that reaches the local level and individual people, and being able to track those resources and the impact they are having, will greatly enhance resilience to future shocks. Having a clear understanding of the extent to which the G2P system in Bangladesh could be mobilised for transferring climate finance is key. 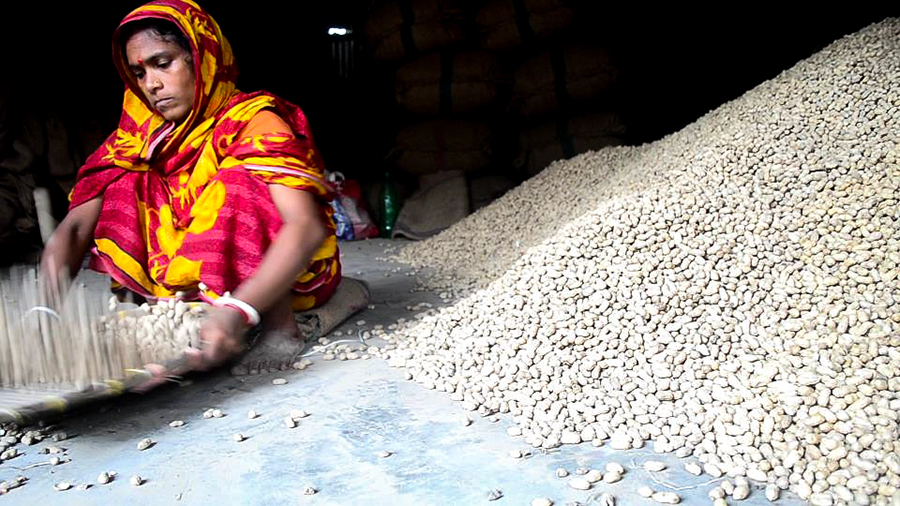 Current Priorities and Next Steps

To consolidate the achievements and address the remaining shortfalls under the National Social Security Strategy, it’s first worth re-stating some of the objectives of an improved approach:

Three mutually reinforcing actions would help us advance this strategy:

Such a scaled-up and improved system would constitute the backbone of a national adaptive response capacity. For acute shocks such as cyclones, the broad coverage of lifecycle programs would enable the system to provide most households in an affected area with emergency cash transfers. At the same time, these programs can strengthen longer-term resilience by increasing transfers as and when necessary to ensure that people in need are not forced into negative coping mechanisms.

There is potential for Bangladesh to build a shock-responsive social protection system, consisting of an inclusive lifecycle targeting approach, an on-demand registration process (made accessible, for example, via the Union Data Centres), and a social registry housed in a Social Protection Budget Management Unit. Such an approach would result in a G2P payments system that could help reduce poverty and inequality while also responding to disasters, whether they be the perennial weather-based hazards of floods and cyclones or the “black swans” of food price spikes and viral pandemics.

Predictability is a Good Thing

Such a systems-based approach offers predictable support under pre-defined circumstances, in line with established policy and entitlements rather than short-term politics and discretion. Such predictability enables individuals and authorities to plan better, make calculated decisions, and better understand and forecast the cost of reducing disaster risk and impact, including through an array of risk financing options.

Faced with the likely scenarios of rising poverty, growing inequality, and increasingly disrupted weather patterns, having the systems in place to deliver assistance to people when needed should be a high priority.

Strengthening Public Financial Management of Social Protection Bangladesh was a one-year project extension, implemented through the supervision of FCDO Bangladesh. DAI took on the management of the project in July 2020.