Drought and conflict in recent decades sent Afghanistan’s wheat production into sharp decline. Irrigation systems and farm equipment fell into disrepair and farmers were forced to abandon their land. In a country where bread is a substantive part of the rural diet, the decline of its fundamental farm crop resulted in lost livelihoods and stability. Formerly productive communities came to depend on imported wheat and flour. 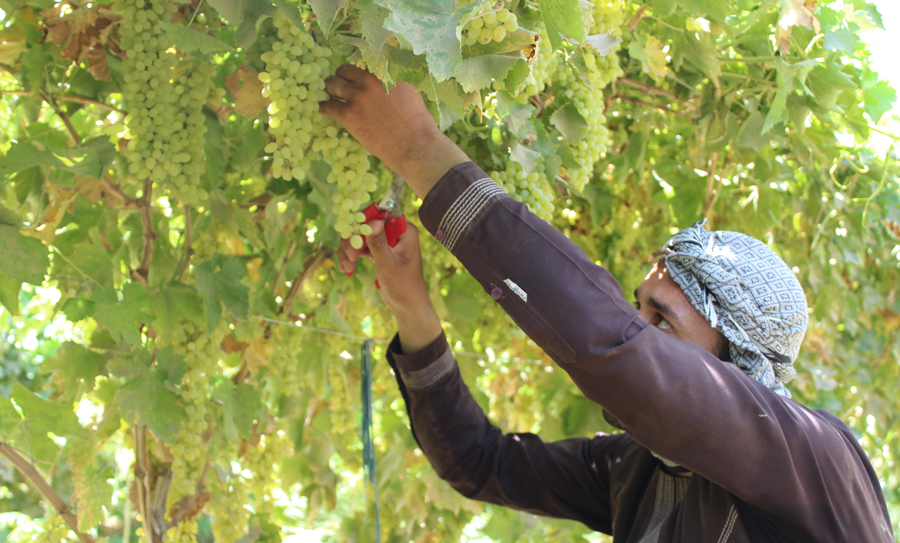 Funded by the U.S. Agency for International Development (USAID), RADP-North worked with local farmers, businesses, and leaders to produce impressive results over its five-year run, including: 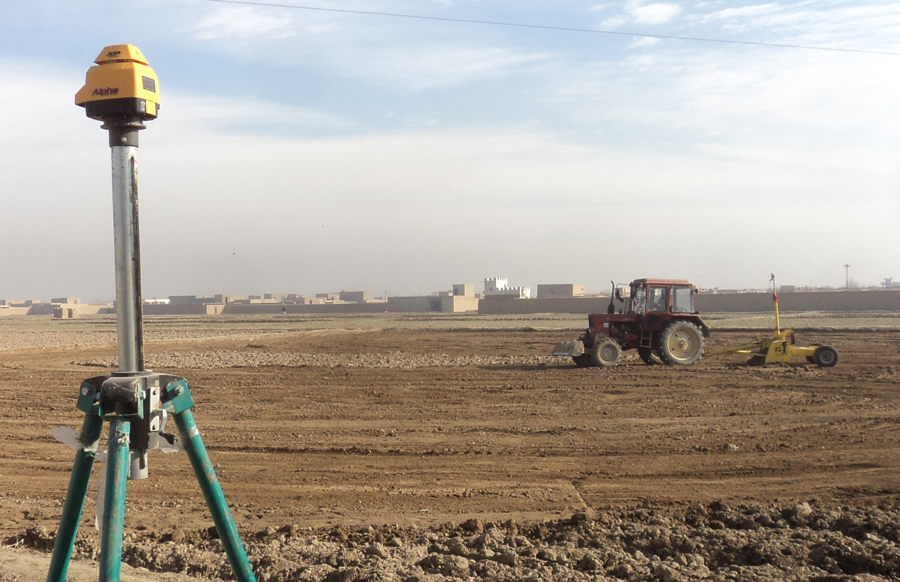 Laser land-leveling such as here in Dehdadi, Balkh province is crucial to uniform irrigation and crop growth and saving water, seed, fertilizer, and irrigation time, among other benefits. Photo: USAID RADP-North.

Laser land-leveling: RADP-North facilitated the cost-share purchases of 35 laser-assisted land-leveling units by local service providers. Level farmland is crucial to distributing irrigation evenly across hectares, which promotes uniform crop growth and savings in water, seed, fertilizer, and irrigation time, among other benefits. Once trained by RADP-North, these land-leveling vendors sold their services to farmers. RADP-North facilitated the leveler supply chain—from the fabricators in Pakistan to the farmers purchasing the services—giving birth to a sector of equipment dealers and trained mechanics.

A single season of land leveling increased wheat yields and led to further mechanized operations, including for seeding and reaping. Leveling services are now being readily adopted since both farmers and service providers are profiting. 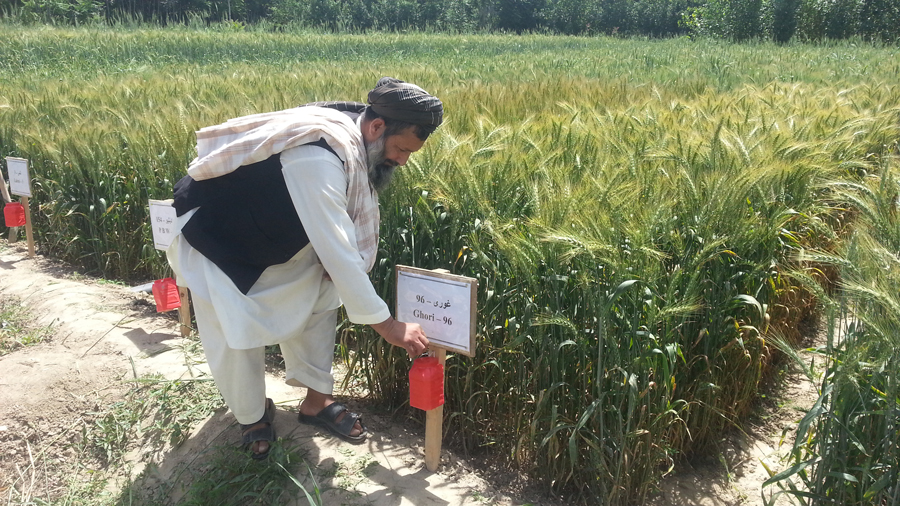 Farmers soon learned about the benefits of certified seed through word of mouth. RADP-North trained seed company field staff in marketing techniques such as field demos. Today, at least 10 seed businesses are connected with RADP-North farmers and better understand the market’s requirements. 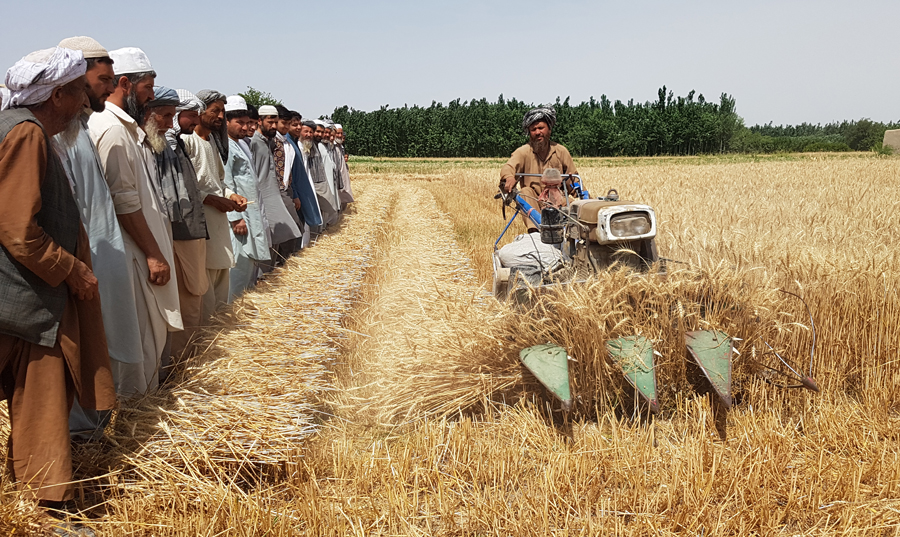 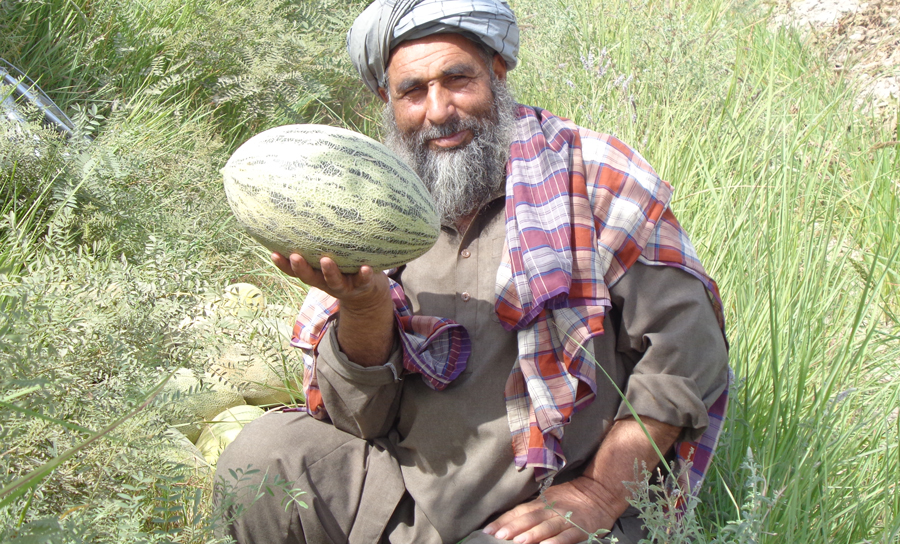 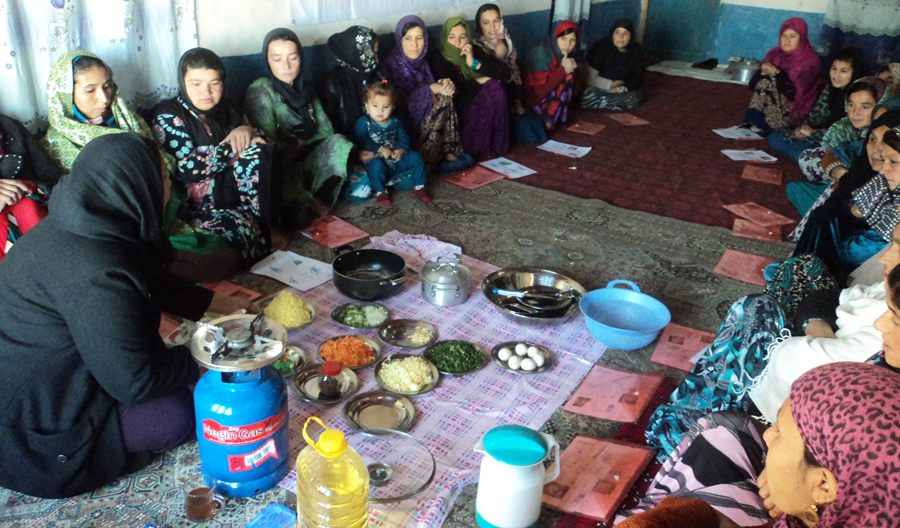 Many Afghans suffer from chronic undernutrition, often because they lack information about what to eat. RADP-North taught basic nutrition and helped women establish vegetable gardens in their yards, helping them to:

As RADP-North was ending, nearly all the women in the program were still maintaining their gardens, with some cultivating seasonal vegetables by purchasing their own seed or using seed saved from the previous crop season.

Women reported serving their families a more diverse diet while finding kitchen gardening enjoyable. Husbands expressed gratitude and many families sent their children to school with the required books and pens funded from the proceeds of selling excess produce. Support from community elders, husbands, and brothers is helping to assure sustainability; we expect this support to strengthen as they see improved cognitive capabilities in well nourished infants and toddlers during the first 1,000 days of life, which have such a critical impact on child development. 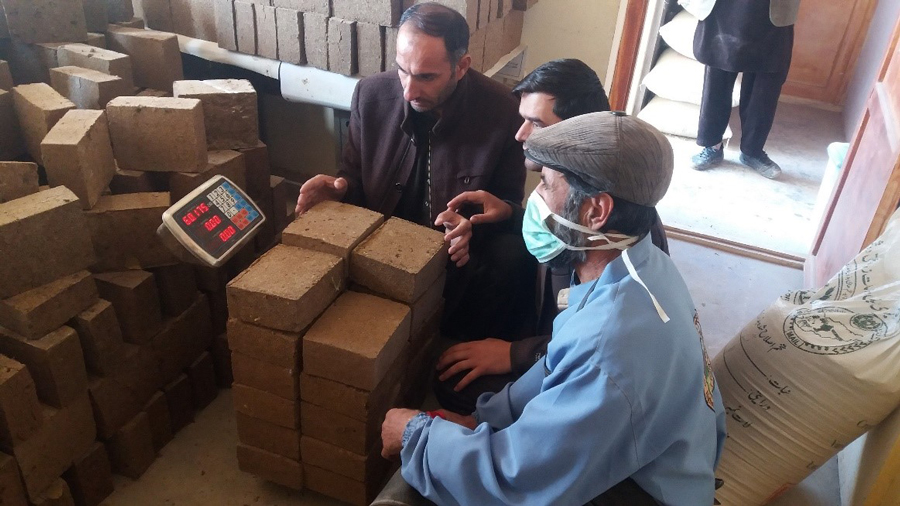 Feed blocks can be made anytime and stored and consumed by livestock throughout the winter without sophisticated technology and equipment. Photo: USAID RADP-North.

Winter feeding and veterinary field programs combined to reduce mortality loss by an estimated 25 percent (from $18.24 million to $13.68 million). Along with gains resulting from increased reproduction ($6.17 million) and increased sale of animal by-products ($48,450), RADP-North’s livestock activity delivered a $10.78 million increase for the northern economy. 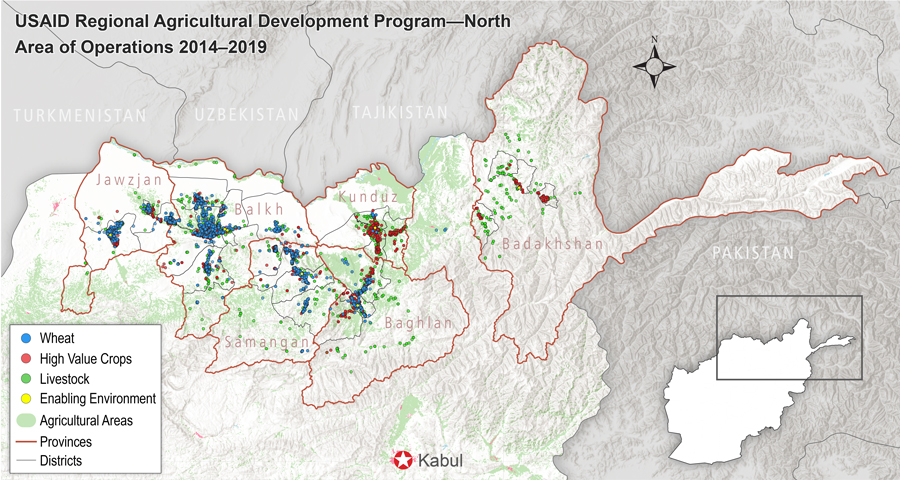 Laser land leveling and conservation agriculture offer gateways to further agricultural development, including through mechanization and other efficient technologies. The RADP-North team learned much about introducing and upscaling laser land-leveling and other next steps in advanced production.

RADP-North also helped jumpstart the wheat trade by hosting business-to-business events. These gatherings showed producers, processors, wholesalers, and retailers that Afghan wheat can compete with imports to meet the needs of bakers and pasta makers, and produced transactions for 835 tons of wheat and flour over 46 contracts. 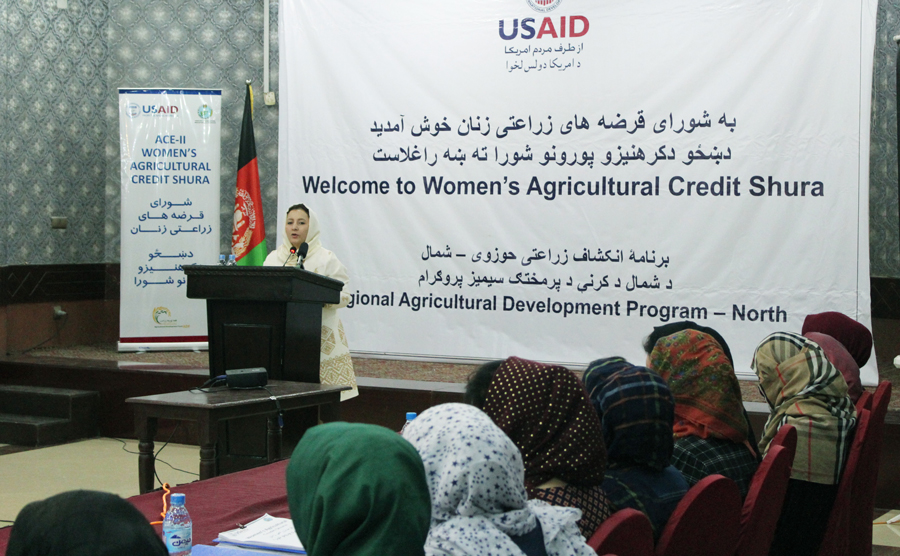 The RADP-North project generated impressive results and value. But its most impressive achievement might be unveiling further opportunities to make Afghanistan’s agricultural economy more resilient, inclusive, and profitable for generations to come.

Going forward, instead of focusing on a value chain such as wheat, future assistance in Afghanistan should shift toward developing farm systems and introducing profit-generating technologies. By treating the farm as a business with investment options, and farmers as businesspeople balancing risk and reward, and recognizing that rotational crops and other conservation approaches can improve and sustain crop productivity, projects can deliver broader economic growth and nutrition outcomes. There is also much value to be realized through under-invested crops indigenous to Afghanistan that have a history of export—including the mungbean and sesame in high demand regionally—high-margin oilseeds, and pulses.