While adaptive programming is at the forefront of development programming, its basic tenets are not new. As the name suggests, this approach implies adapting a programme to the specific circumstances in which it will be implemented and to the needs of those it targets, as they evolve. Adaptive programming means that the programme’s purpose, structure, and expected outcomes are rooted in a comprehensive study of the context in which it will operate and an understanding of the problem that it will try to solve, developed in close cooperation with those key actors who will be involved in bringing about change.

But the concept of adaptive programming does not end there. It is not just about changing the course or scope of a programme when things go wrong, but adopting a “learning by doing” mindset from the very start. Guided by a regular review and questioning of the initial understanding of the problems they are intended to solve, adaptive programmes systematically test their relevance, their assumptions, and the capability and incentives of all the actors—including the implementers themselves—that have a stake in the programme succeeding.

Elements of the “thinking and working politically” agenda, from which this approach arises, have been around for decades, but the emphasis on experimentation and iterative innovation often runs counter to the practice of many donors, whose systems tend to value risk mitigation, accountability, and programmatic clarity over complexity. But some donors are now becoming more open to the idea of learning by doing and encouraging inter-organisational cooperation in the design of results frameworks.

The democracy assistance community should seize this opportunity, rather than waiting for donor agencies to declare adaptive programming as the default approach to development. We have the green light to innovate, and we should lead the way.

Where Are We Now?

The democracy support community—and the parliamentary strengthening community in particular—has struggled to react to longstanding advice on how to make our programmes more adaptive to context. If Tom Carothers diagnosed many of these issues 20 years ago, why do we persist with methods and designs that are less than optimal?

The Westminster Foundation for Democracy (WFD) and DAI organised a roundtable discussion to address this question, among others, on 16 November 2016. Our discussion highlighted the opportunities and challenges facing parliamentary strengthening implementers in trying to design, implement, and evaluate adaptive programmes. It offered a space to assess where we as a community are in altering the way we work.

Certainly, there are pockets of change. Box 1, below, highlights examples where broader governance programmes have been able to implement principles of adaptive programming. Evidence from the parliamentary strengthening community itself, however, remains scant.

Accountable, Capable and Responsive Government (ARC): Pillar 1 of the U.K. Department for International Development-funded Partnership to Engage, Reform & Learn (PERL) programme in Nigeria, managed by DAI in partnership with GRID Consulting, ITAD, WYG, and Konung. ARC is strengthening processes, practices, and capabilities in government to ensure more accountable and effective use of public resources at the state and federal level. ARC departs from “transactional” technical assistance with a new emphasis on problem-driven work guided by a “transformational” approach focused on outcomes, and works closely with Pillar 2. (see below)

Engaged Citizens (Pillar 2 of PERL): WFD is an implementing partner on Pillar 2 of PERL, managed by Palladium. This pillar is supporting constituencies to become increasingly effective at influencing governments on service delivery and policy issues by developing the capacity of and facilitating dialogue between civil society, media, and state and national legislatures. “Thinking and acting politically” is central to PERL, and learning by doing—through support to reform-minded local actors—is critical to PERL’s success, ensuring reform processes are realistic, relevant, self-generated, locally driven, and self-sustaining.

Legal Assistance for Economic Reform (LASER): The Law and Development Partnership is implementing a politically smart approach to investment climate reform in eight countries in Africa. The support is led by partner governments and is designed to be highly flexible, allowing adaptation to new challenges as they arise in rapidly changing contexts.

What is clear from the November roundtable is that, while there has been no shortage of discussion on this topic, there has been less action to address the key obstacles to effective, adaptive programming. Certainly, parliamentary strengthening organisations have not yet sufficiently embraced these concepts. Parliamentary strengthening continues to be perceived as a niche element of broader governance work, its potential contribution to the development agenda persistently understated or overlooked, as development agencies focus on government and civil society as the two principal agents of change. This bias is often informed by a misunderstanding of parliamentary strengthening as a discipline, that fails to recognise its unique features (Box 2).

The nature of parliament as a partner or beneficiary: Like any government institution, parliaments tend to be hierarchical and bureaucratic entities whose forward planning ability can be both rigid and unpredictable: rigid in that parliamentary calendars may limit the scope and duration of interactions with the programmes; and unpredictable in that many activities depend upon the acquiescence of one or two individuals (such as the Speaker or Secretary General). And, unlike ministries, parliaments are not monolithic and can contain a multitude of competing interests within one institution, which complicates efforts to be flexible and responsive in programming. The purpose of parliament: Again, unlike ministries, parliaments are meant to be institutions of debate, not conduits of implementation. The strength of a parliament is measured discussion, making timelines stretch far longer than with counterparts in other branches of government. As a result, even if a programme does adapt successfully, demonstrating the merits of this intervention may still prove difficult within the relatively short lifespan of most parliamentary support programmes. Misconceptions of parliamentary change: Historically, parliamentary strengthening has been viewed as a technocratic exercise. Without a clear understanding of how institutions like parliaments change, this has resulted in programming heavily biased toward short-term capacity building and infrastructure improvement. As result, when parliamentary strengthening components are tacked onto broader governance programmes, they often come pre-packaged with these inherent biases. These simplistic notions of what parliamentary strengthening entails permeate programme design at early stages, militating against efforts to maintain flexibility and adaptability to context.

The challenges facing parliamentary strengthening implementers are clear. Indeed, the fact that analyses introducing the concept of incentives as a driver of behaviour are still considered innovative within the field is a testament to how far this community still has to go. But we are not truly behind the curve as some would have us believe: we work at the heart of politics and understand better than most the value of iterative, flexible design. So how can we continue to improve, and get better at talking about the effectiveness of our contribution, while also dispelling the notion that we are lagging behind our governance colleagues? 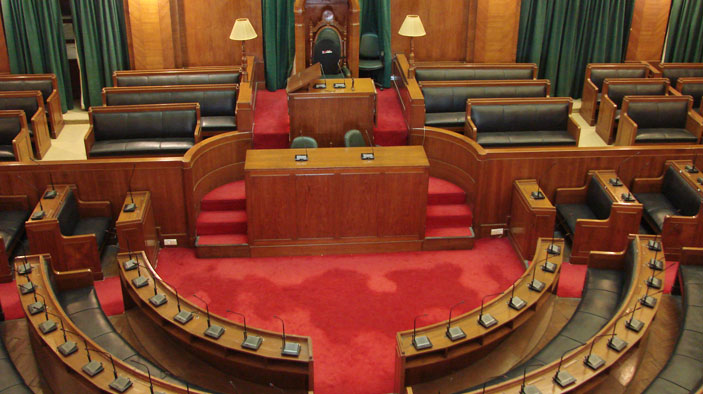 What do we need to do differently?

WFD and DAI propose to kick start a series of working groups on these obstacles, involving practitioners, donors, and academics, in an effort to move the agenda forward specifically for parliamentary strengthening programmes. The roundtable discussion in November surfaced several important areas for further work.

How do we better apply context analysis for successful implementation?

To make our case more effectively, we need better analysis. The recent trend toward political economy analysis (PEA) has not for the most part translated into more adaptive programmes. Analysis is either too abstract or too narrowly focused on the parliament to provide adequate context for situating our programming in broader political and social trends. Moreover, the selection of PEA as a methodology has invited the creation of a cottage industry churning out duplicative assessments, almost as a “tick box” exercise. What is needed are more nuanced, more regularly updated assessments that generate relevant and actionable recommendations, and options for theories of change that programme teams can test through adaptive approaches.

What are we trying to achieve?

What is an effective parliament? The truth is there is no definitive answer to this question. Different parliaments have different powers, different structures, different ways of working. The pitfall of many parliamentary programmes is that they never adequately define their measure of success. Are we trying to change the power balance of the parliament vis-à-vis the executive, or are we just trying to get the parliament to use its existing powers more effectively? Likewise, do we use existing structures/ways of working and determine the best means of making them deliver desired outcomes, or do we look to “impose” new and better structures/ways of working?

How do we demonstrate success?

Even if we have defined our purpose well, how do we measure it? Defining an effective parliament by the quantity of legislation it produces is a crude indicator. Frequency of oversight mechanisms might be a sign of a weak parliament if their interventions are not having the desired effect of reining in the executive. How do we emphasis behaviour change over structural change? We need to find a way to define what kinds of parliamentary outcomes we and our beneficiary parliaments want to see. As a small community, there is a possibility to balance competition and collaboration here to generate lessons that benefit us all.

How do we communicate success?

Finally, assuming we have successful outcomes and data to support them, how do we get our message across in a way that resonates with donors and their constituencies? There is a clear gap and a clear need to demonstrate the contribution that parliamentary strengthening makes to the governance agenda and broader development goals. As scrutiny intensifies, how will we not only justify our investment but also celebrate the importance of this particular aspect of governance as a precursor and enabler of other forms of development?

How do we increase donor interest and confidence in investing in parliamentary strengthening work?

In a context where value for money predominates, we as a community need to be able to make the case that our work makes a difference. This means going beyond purely technical rationales for interventions and finding more convincing arguments for the merits of parliaments and their functions. We need to make the case to donors, certainly, but also help them make the case to their broader constituencies.

These questions form an iterative loop, although not necessarily a linear one: if we can better develop and apply our context analyses and theories of change, we’ll have better means of defining success; and if we define our success more carefully, we have a better chance of finding indicators to measure it. And this would give donors and the wider public further confidence in our community of implementers and support greater innovation in this area.

Where do we go from here?

It’s easy to articulate these concepts in seminars or papers, far harder to implement them in practice. WFD and DAI believe that achieving the latter will take collaboration rather than competition. By bringing our comparative advantages to the table, we as a community can create a clear vision of how we can move forward in a more adaptive, flexible manner.

We invite those organisations and individuals with an interest in parliamentary strengthening to join us in these working groups to produce concrete principles and recommendations for our field. If we succeed, we will not only be able to respond more comprehensively to the adaptive programming agenda, we will also have a better foundation for engaging with our beneficiary and partner parliaments to improve democratic outcomes for citizens around the world.

Please get in touch: