When we harness market forces in developing countries, great things can happen—such as countries with surplus food selling to countries that need food. Over the past 15 months, teams from the U.S. Agency for International Development (USAID) East Africa and Southern Africa Trade and Investment Hubs together facilitated three regional trade forums—in Ethiopia, Rwanda, and Zambia. This convening of sellers and buyers generated impressive results: signed contracts to sell 1.21 million metric tons of staple grains, with an estimated value of $402 million. When delivered, the grains will be enough to feed 14.4 million people for 12 months. 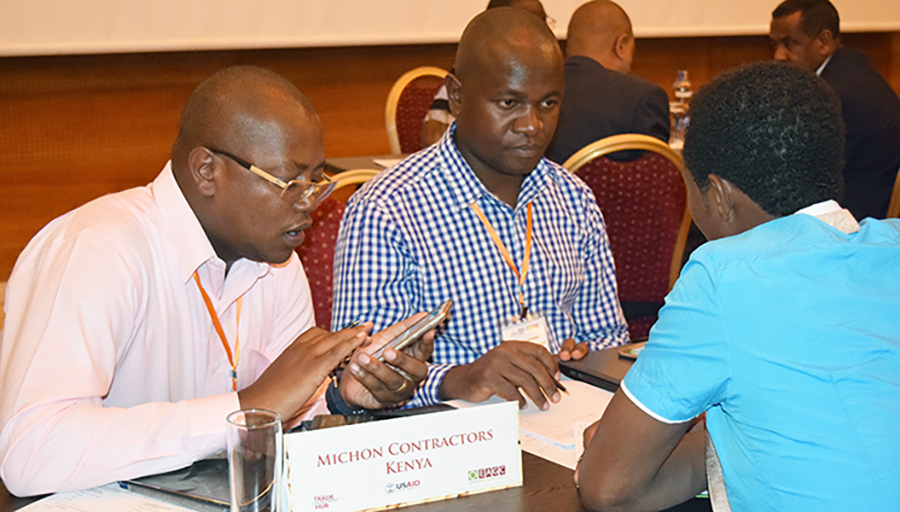 My colleagues and I helped facilitate these forums. In January, Gerald Masila from the Eastern Africa Grain Council (EAGC), Scott Cameron from the USAID/Kenya and East Africa Office for Integration, and I shared our trade forum experiences in a webinar presented by the USAID knowledge management platforms Marketlinks and Agrilinks. Interest ran high among our participants from across the globe. We offer anyone interested in agriculture, food security, trade, and investment on the African continent these five key takeaways:

1) East and Southern Africa has enough agricultural base to feed itself and cease reliance on food aid.

2) Production cycles across the region are complementary; grain surpluses can balance deficits during every season.

4) Challenges persist to regional trade of food staples; we must keep working to bring down the barriers.

5) Regional grain trade must be self-sustaining. 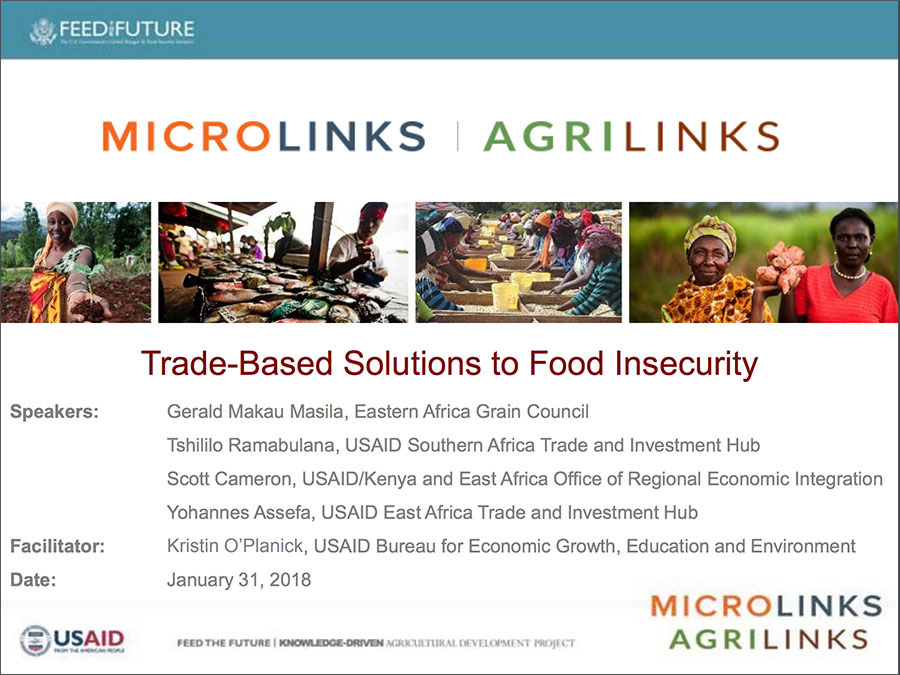 In bringing together these forums, we also absorbed some takeaways, such as the importance of trade finance for participants, the need for deep knowledge of logistics costs and transport routes for sold grains, and the effects of well-intentioned but ill-advised policy interventions, such as subsidies, that distort regional grain markets. But with $402 million in contracts generated in just the first year, the long-term market opportunity is obvious.

At the January webinar, our online participants posed good questions: on the role of lenders in African trade, on how trade can improve livelihoods in post-conflict zones, on how farmers (as opposed to traders) could make more money via increased cross-border trade, and more. We did not have time to get to all the questions, but these queries will inform our work as we pursue commercial solutions to feeding Africa’s hungry while putting more money in the pockets of farmers and others in agricultural value chains.