After Monika Lalika’s husband passed away, her in-laws did not allow her to use the land he had left her and she used to worry that they would one day claim the property for themselves. For Martha Paulo Mwilongo, a land dispute with her neighbor kept her from selling or renting part of her 11 acres to pay her children’s school fees. Joti Kihongo wanted to expand his general store, but could not get a large enough loan because banks would not recognize his undocumented land as collateral.

This lack of official land documentation is not unusual in rural Tanzania, since property in most villages is handed down from generation to generation, typically through male family members. However, for Monika, Martha, and Joti, and thousands of Tanzanians like them, this historically informal system of land ownership had become an impediment to their ambitions.

All that started to change after the Feed the Future Tanzania Land Tenure Assistance (LTA) project began holding meetings in their villages. The U.S. Agency for International Development project works with 41 communities in central Tanzania to register land and issue Certificates of Customary Right of Occupancy to individual landholders, with a focus on increasing women’s inclusion in property ownership. LTA has worked with villages to demarcate and digitally map and record almost 63,000 parcels. These previously undocumented parcels are now registered in the country’s official land registry system, providing secure property tenure to 21,000 Tanzanians.

But LTA’s work is about more than reaching target numbers—it’s about improving lives.

Providing secure land tenure in rural villages involves more than simply asking landowners to fill out a form. Parcels need to be accurately surveyed, ownership verified, and disputes settled before certificates can be processed. But first, village leaders and community members have to understand how land tenure can benefit them.

Recognizing that secure land tenure is tied to economic development, Tanzania’s landmark Village Land Act of 1999 sought to formalize land rights in the country’s estimated 12,500 rural villages. While some progress has been made, village officials often lack the funding and trained personnel to survey and register land. Under the Act, land certificates can only be provided to individuals after the village council has developed a Village Land Use Plan, which only 15 percent of villages have done. Landowners—few of whom are aware of the certificate’s utility—must also pay a fee to obtain their certificates. As a result, less than 10 percent of individually held land is registered.

LTA begins work in each of its target communities by holding village-wide meetings to explain land rights law and how formally documented tenure can benefit and protect rural landholders. The project partners with village councils and uses participatory planning exercises to develop a Village Land Use Plan that determines village boundaries and demarcates public spaces, such as schools, markets, and pastoral lands.

After gaining community buy-in, LTA begins digital demarcation of land parcels, also using a participatory and locally led approach. LTA trains parasurveyors from the villages to demarcate parcels by walking the boundaries of fields and residential parcels with residents and their neighbors, while marking property lines on a GPS-enabled tablet or smartphone. These mobile devices use the Mobile Application to Secure Tenure (MAST) to overlay boundary points on a satellite image of the village, which is then uploaded to a cloud server for editing back in the project office. LTA’s geographic information systems experts adjust boundaries for roads or public lands and the resulting map is posted in the village council offices for community members to review. Members of the Village Land Adjudication Committee work alongside parasurveyors to verify claims, confirm rights of occupancy, and resolve competing claims or boundary disputes.

The project works together with the local District Land Office (DLO) to register new claims in the official registry system and to print and issue formal land certificates. Issuing land certificates is a cause for celebration in villages, drawing hundreds of attendees for music, dancing, and speeches from local leaders or district officials.

The Benefits of Secure Tenure

For Martha, receiving her official land certificate meant much more than getting a piece of paper. In her village of Mathembo, clarifying property lines ended years-long land disputes, including the one she had with neighbors. Like others in her village, she began investing in long-term crops and agricultural inputs for the previously contested fields, confident now that she will reap the benefit of her investment and not lose the land to another claimant.

The certificates issued by LTA have also paved the way for rural Tanzanians to improve their farms and start small businesses by leveraging their land to access credit. The project is working with local banks to encourage the acceptance of certificates as collateral and with villages to raise awareness of the new loan opportunities. Farmers have already begun using their land-backed loans to purchase fertilizer, high-quality seeds, tractors, and other agricultural inputs to raise their productivity and their incomes. For Joti, having access to credit through the land certificate allowed him to save on costs and increase profits by buying items for his store at a bulk rate and stocking a wider variety of goods. 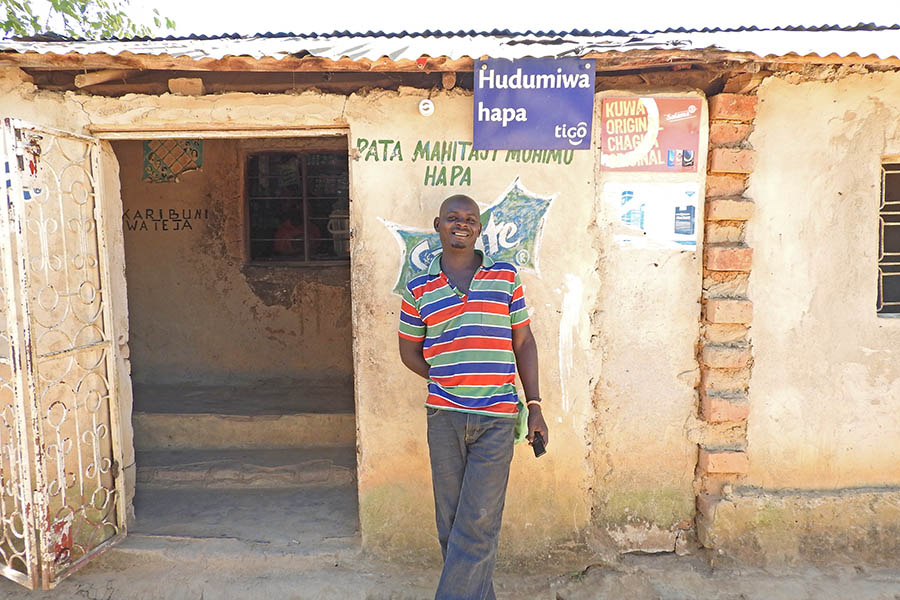 In addition to economic benefits, the project also expects the land certificates to have a social impact. The Tanzanian constitution and the Village Land Act provide equal rights to land ownership for women. However, most people are not aware of these rights enshrined in the law and traditional inheritance practices still favor men. To address this knowledge gap, LTA led small group sessions to inform village residents of their land rights and the rights of women in particular. The project encourages husbands and wives to register their claims jointly, which protects women from losing land to male in-laws or relatives if their husbands die and can mitigate family disputes over property inheritance. LTA also works to link women’s economic empowerment to secure land tenure. The project facilitates training for village women’s groups on business skills and income-generating activities, such as raising small livestock and beekeeping, to help women make the most of their new, official land rights.

Another advantage of formalized land ownership is that it can foster an open market for land sales that contributes to further economic development. Currently, most DLOs in Tanzania use paper-based systems to track the buying and selling of registered land, which is time-consuming and cost-intensive and results in out-of-date records. Without a trusted means of verifying the current ownership of a parcel, farmers historically have been deterred from purchasing additional lands for fear of falling victim to fraud.

To address this constraint, LTA worked with the Iringa DLO to build the country’s first post-registration digital transaction system for land, known as the Technical Register Under Social Tenure (TRUST). As there were no off-the-shelf land management programs that fit the unique needs of the DLO and the Ministry of Lands, LTA partnered with these organizations to co-design the TRUST system from the ground up. The project’s software engineer collaborated with end-users at the DLO and the Ministry to ensure that TRUST addresses common local registration issues and is flexible enough to adapt to future policy changes.

Operationalized this summer, TRUST enables DLO officials in Iringa to easily record the buying and selling of parcels and to quickly verify land ownership for banks and prospective buyers. An open-source application, it is interoperable with other land databases and—unlike off-the-shelf land management software—it does not require annual licensing fees.

Looking to the Future

The TRUST post-transaction registration system also has the potential to be scaled beyond LTA. The project is already in discussions with Tanzania’s Ministry of Lands to integrate the system with the Ministry’s national land management database, and the World Bank is considering TRUST for an upcoming land tenure project that will work across 5,000 villages in Tanzania.

Most importantly, the secure land tenure provided by the project is already helping new certificate holders to improve their lives. Joti’s store now draws more customers by virtue of its more diverse products, which he is able to purchase thanks to loans that use his land certificate as collateral. The store’s profits have grown by 30 percent.

Monika was able to confirm her right to her late husband’s land. After receiving her land certificate, she planted trees on the property as a long-term investment in her children’s future. She feels secure knowing that her former in-laws cannot lay claim to the land.

Martha has been able to use her now uncontested parcel to grow corn and sunflower seeds for sale. With a new sense of secure tenure, she has also rented part of her landholdings to other farmers, further increasing agricultural productivity in the community and earning income to help pay school fees. The land certificate has also given her something less tangible but perhaps more meaningful. “I’m so happy because I have freedom,” she said. “I can do anything. I can do different crops, I can sell land, I have freedom of decision.”