Dressed in the splendour of her finest cotton capulana, Angira and her friends sit in the 40-degree heat, shaded by the leafy branches of an old mango tree. Together, they eagerly await the arrival of the village leader so they can proceed to unlock a wooden box containing their seasonal accrual of cash savings.

With no bank or microfinance institution nearby and few in any case willing to loan them money, Angira and her friends—who live on the crops they grow on their small land parcels—have few options for saving money to buy high-quality seed. This problem affects more than 820,000 smallholder farmers in Zambezia province, Northern Mozambique, the country’s second most populous province after Nampula.

Conversely, with limited distribution channels and many kilometres of barely passable roads, sellers of certified seed are reluctant to venture out to villages such as Caiave in Mocuba district, where cash-strapped smallholders such as Angira need their product. It is no wonder that only 191,000 smallholders in Mozambique, roughly 5 percent of the total, buy certified seed. Most recycle their own seed or take chances with local traders, continuing the cycle of meagre harvests and incomes. 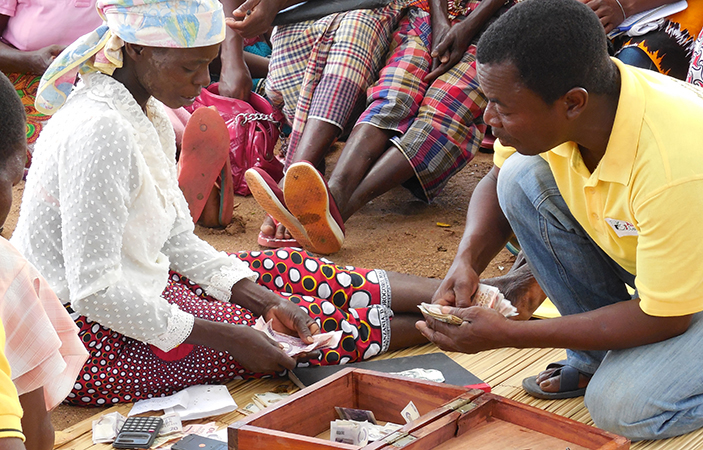 In 2015, this gap was bridged by Innovation for Agribusiness—Private Sector-Led Rural Growth in Northern Mozambique (InovAgro), a project funded by the Swiss Agency for Development and Cooperation and implemented by DAI since 2010. Working with local partner NANA, InovAgro upgraded its savings group methodology, enabling private sector seed suppliers to be present when villages such as Angira’s unlock their savings boxes. The result: 110 savings groups representing 1,760 farmers across three districts in Zambezia province—Mocuba, Mocubela, and Maganja da Costa—can now buy certified seed for sesame, soya, groundnut, maize, and other crops, both staple and commercial.

Traditionally, saving groups set their own saving cycle and meeting dates to accumulate monthly or weekly savings until they have enough money for members to lend within the group. A technical facilitator such as NANA advises the group until it is self-sufficient, with the methodology spreading organically to neighbouring villages over time. InovAgro’s technical team leveraged the savings group meetings and, crucially, the breaking-the-box meeting to show members what agricultural inputs they can buy with funds from their savings, discuss product prices, and share good agricultural practices. The savings group provides in turn a platform for messaging about agricultural input or technology products designed to improve lives.

It is important to note that in bringing the savings groups and input suppliers together, InovAgro does not force group members to buy seed but rather offers them the opportunity. In Angira’s group, for example, some members made clear they wanted to use their share to pay for children’s schooling or reserve money for primary health needs. Angira and her savings group members—25 women—had contributed MZN 8,630 (USD $172) by the end of their nine-month savings cycle, with facilitator NANA accompanying the group across the cycle and assisting with accounting. 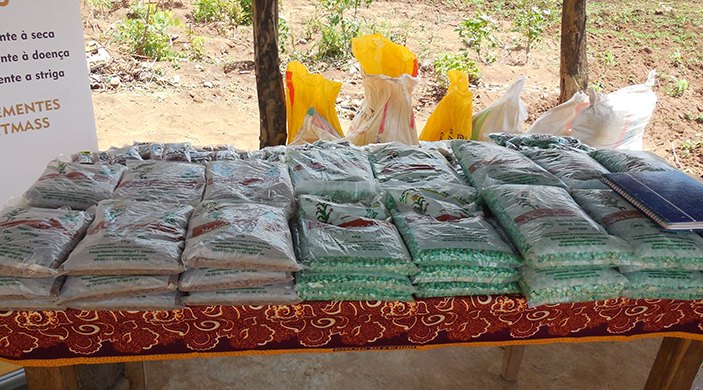 Until 2015, there were few means for farmers in Mocuba district to access organised saving or certified seed. FinScope Consumer 2014, a household perception-based survey, indicated that rural Mozambicans face a 1½-hour walk on average to reach their nearest lender, with 41 percent of districts having no access to formal financial services or affordable transportation options.

For smallholders who need to save money and maximize productivity, these obstacles are critical. Their income from agriculture can be volatile and their expenses high, with wide-ranging risks—such as adverse weather—that are difficult to manage. Using certified seed is one tool in their risk mitigation strategy: planting such seed tends to increase the likelihood of raising both the quality and the yield of the crop, meaning smallholders have more to eat within their communities and, potentially, to sell commercially.

InovAgro—an agribusiness facilitation unit funded by the Swiss Agency for Cooperation and Development—coordinates with Financial Sector Deepening Mozambique (FSDMoç), a financial inclusion unit funded by the U.K. Department for International Development. These two DAI-managed programs show how related donor initiatives can achieve synergy, using key partnerships to develop savings groups in different districts of the country. Further, FSDMoç and InovAgro have been providing input into the CGAP-funded Financial Diaries of Smallholder Families program, which has been building analysis of smallholder households in northern Mozambique, Tanzania, and Pakistan. Its Mozambique launch is being hosted by FSDMoç on International Women’s Day, March 8, 2016. Nephas Munyeche, Team Leader of InovAgro, will present on a discussion panel examining constraints in access to finance among smallholder farmers, and FSDMoç CEO Anne-Marie Chidzero and Investment Manager Benedito Murambire are facilitating the event.

Three seed companies—Pannar, Phoenix Seed, and Nzara Yapera—have participated in the InovAgro initiative and have seen the value of traveling to remote districts such as Mocuba, Mocubela, and Maganja da Costa. There they sell seed, typically in 1-kilogram bags costing MZN 45 to MZN 115 (USD $1 to $2-plus), the higher prices assigned to certain crops and to hybrid seeds that produce greater yields. 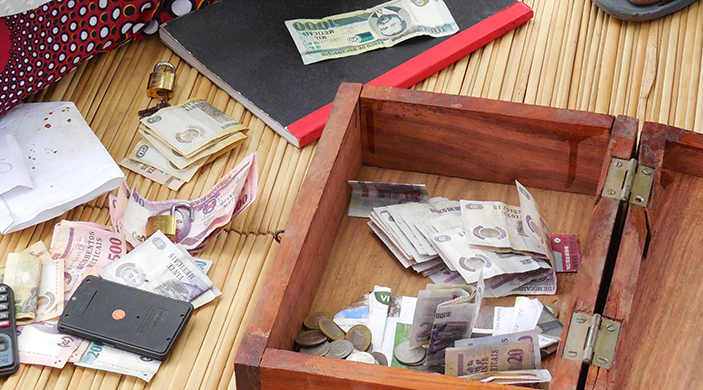 On the big day when Angira’s group breaks open its wooden box, seed company representatives observe from stalls mounted close to the farmers. They are given a moment to introduce themselves to the group and present their seed packs and prices. Some also offer free 20-gram samples. As more seed is sold, we think companies might create added value by leveraging their own extension officers or staging larger seed fairs in multiple districts.

Three members of the savings group—the treasurer, secretary, and a member selected by the group—unlock the box in the presence of the 25 excited members and many curious onlookers. Male farmers celebrate their wives’ savings and are keen to learn from this newly implemented savings practice. It is a huge occasion made all the more special by the attendance of the village’s traditional leader.

This scene has played out numerous times across Northern Mozambique. It suggests that the successful methodology employed by InovAgro and its partners —presenting smallholders’ savings groups with options to invest in more productive and profitable farming—could be replicated in other provinces across Mozambique and beyond.