Funded by the U.K. Department for International Development (DFID), the Land Investment for Transformation (LIFT) project works to raise incomes for poor and vulnerable populations in Ethiopia and to enhance economic growth through second-level land certification and improved rural land administration.

Second-level certification differs from first level certification by collecting and digitizing spatial data on a parcel-by-parcel basis. It provides a georeferenced land use certificate to the holder, containing a map with general boundaries that can be digitally accessed by interested parties such as lenders and insurance companies.

LIFT issued its first such certificates in 2015. As of September 2018, LIFT has demarcated and adjudicated approximately 9.9 million of them, approved 8.2 million, printed 7.7 million, and distributed 6.1 million to land holders, meaning that roughly 1.5 million Ethiopian farmers now have registered certificates for the land they farm (an average of almost four parcels per household).

But do these certificates offer economic value to the farmers who hold them?

In theory, the certificates provide tenure security, which should lead farmers to invest more in their land, facilitated by greater access to loans and other financial services, such as insurance. With a formal land certificate, smallholders who cannot farm all of their land (for example, elderly landholders), should feel safer renting out unused land, thereby increasing overall productivity in the economy by reducing the amount of underutilized land. LIFT has also supported the Government of Ethiopia in the development of a rural land administration system to maintain the land register through the recording and registration of subsequent land transactions.

In practice, however, several practical challenges inhibit landholders from turning their new certificate to productive uses.

To take on these challenges, LIFT established an Economic Empowerment Unit (EEU). Using a market systems approach, the EEU analyzes the nature of the land transactions occurring, the supporting services that support these transactions, and the rules and regulations (both formal and informal) that govern them. Focusing primarily on the land collateral and land rental markets, the EEU has worked to address the policy (and informal) regulatory constraints at work in Ethiopia, build up the offer of the service providers, and raise awareness of the value their services offer to holders of land certificates.

Regarding financial services, the EEU has advocated that the government recognize the second-level land certificate as providing a means of obtaining collateral based on the value of the production of the land, rather than its sale value—because rural land cannot legitimately be sold. Although comprehensive reform is still pending to legalize this approach at the federal level, certain regional governments are already enacting market-oriented reforms. The regional government of Amhara recently legalized the collateralization of land parcels, making it possible for financial institutions to lend against second-level land certificates, and the EEU is now working with six financial institutions to help them develop associated loan products and train their staff in how to process them.

As of September 2018‚ 18 months after initiating the services—these institutions had facilitated 7,663 loans with an aggregate value of 222 million Ethiopian birr (£6.5 million). These loans are put to a wide variety of uses. One borrower in Womberma woreda, in the northwest Amhara region, used his 50,000 birr (£1,400) loan to buy diesel-operated flour mills catering to the high demand for milling services nearby. The business is currently turning a profit of 5,000 birr per month. 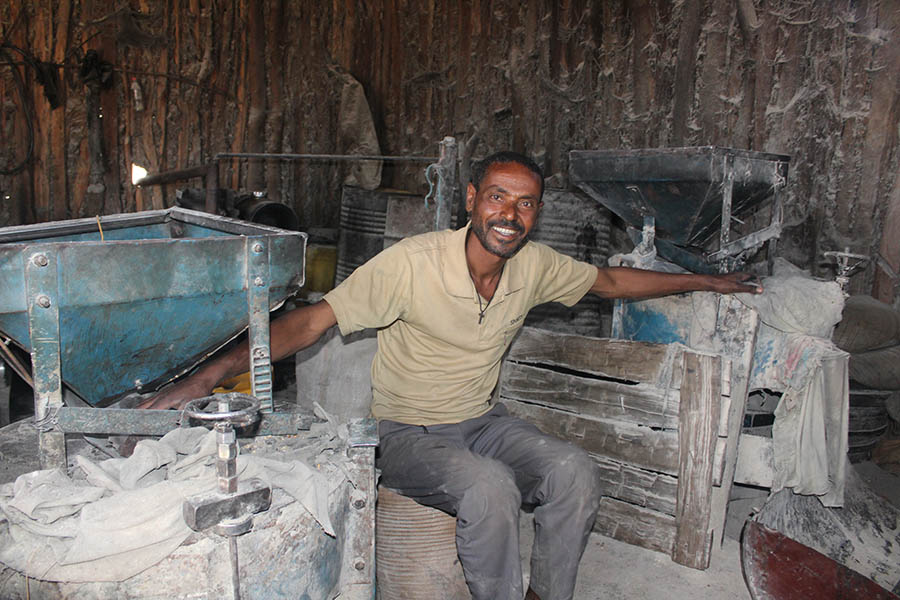 With regard to land rental services, the EEU has developed a training course for land rental service providers on how to market their services, negotiate a price between parties, and help renter and rentee register their transaction formally with the woreda (district) land administration office. While it is still not legal for rental service providers to charge for their services, many receive informal payments from the transacting parties, as well as enhanced status in the community as trusted intermediaries.

As of September 2018, land rental service providers have facilitated 11,901 rental transactions, in turn accelerating the adoption of transaction registration. Participating households are seeing increased income from land that previously went unrented due to the risk of loss, in addition to higher prices for land rental.

To stimulate the market for land rental services and to build a commercially viable cadre of service providers, the EEU is running a public awareness campaign to change attitudes on land renting and land brokers. Given the increasing demand from woreda land administration offices for such facilitation services, the EEU is also advocating to build a positive consensus on land rental service providers with regional governments.