Honduran parents often pull their young children out of school to accompany them on the perilous journey to the United States because of rumors suggesting that the presence of youngsters will ensure visas for families. Older students, seeking what they perceive as a safer or more prosperous future, drop out on their own to undertake the journey. Many educators feel like they were fighting a losing battle. “They even organized caravans out in front of the school,” said Miguel Mejia, Principal of Miguel Paz Barahona in La Ceiba.

In response to an upsurge in irregular migration from Honduras in late 2018 and early 2019, Asegurando la Educación—a U.S. Agency for International Development project to support safe schools—launched an awareness campaign in May 2019. Over the past year, the campaign has equipped decision makers (parents, caretakers, and older students) with information on the long-term impacts associated with irregular out-migration, on the one hand, and kindled students’ career aspirations in Honduras, on the other. The campaign makes the case that young people’s safest, most promising future lies not in the American Dream, but in the Honduran Reality, which is remaining in school, graduating, and securing a rewarding career.

“The American dream can turn into a nightmare,” said Principal Telma Clavasquin of Marco Antonio Ponce School in La Ceiba. “The most valuable thing that they possess is what they can lose: their life.” Asegurando partners with educators to provide decision makers with facts about the risks associated with a journey north.

But the campaign is more than just highlighting the dangers of the journey. School counselor Karla Videa from Cámara Junior School in Tegucigalpa explained, “Parents already knew that you can die [on the trip]… but they didn’t analyze the risks.” The project focuses on generating a discussion about the long-term impacts of dropping out or withdrawing students from school to migrate without documents. Most withdrawn students “need to make up the whole school year,” Videa said. Or worse yet, they never return to school.

Asegurando’s professional development programs equip educators with the skills and information they need to engage and counsel students and families. Asegurando enlisted the support of the Government of Honduras’s Directorate for Children, Adolescents, and Families to train teachers on how to approach and counsel families on migration issues. Through the government-mandated School for Parents platform, the project also supported educators in hosting “Understanding Migration” workshops, engaging parents in dialogue about the drivers and long-term adverse impacts on children withdrawn from school to migrate without documents.

Parents are responding positively. After one such discussion at Cámara Junior School in Tegucigalpa in August 2019, a mother said, “It is better to be in your own country eating beans than suffering in a camp and exposing your children.”

Imagining a Future in Honduras

Principal Clavasquin said that many Honduran youth never reflect on future goals and career choices in Honduras. A study conducted last year revealed that 63 percent of Honduran students had hopes of migrating to the United States, Mexico, or Spain. One critical component of Asegurando’s awareness campaign is helping students imagine a future in their own country. The project accomplishes this through motivational talks, art workshops, and media outreach. 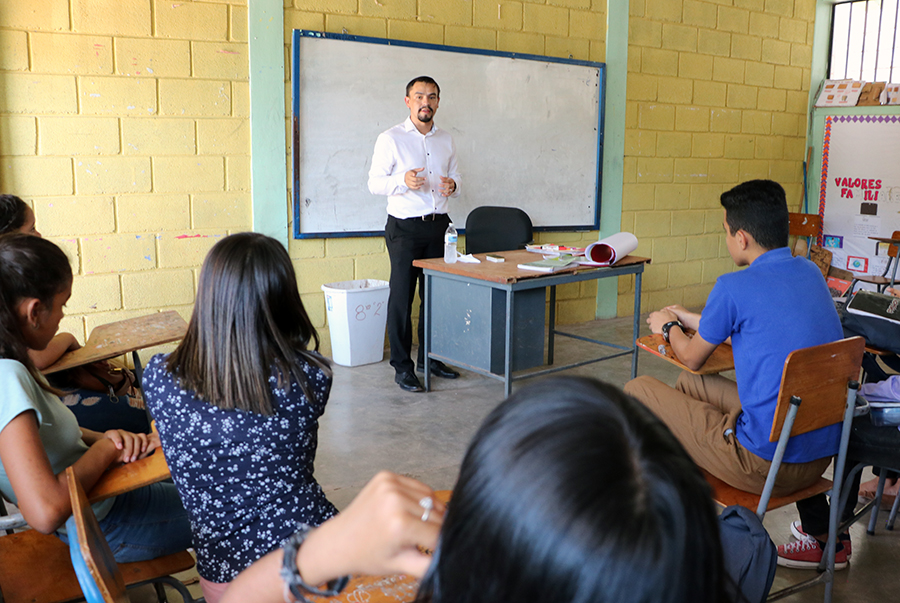 Asegurando helps schools host motivational talks with successful men and women who hail from comparable backgrounds, have suffered similar hardships, and used education to succeed in their field. After listening to alumnus Ricardo Sierra, Chief Economist for the Honduran Sugar Association, speak at 21 de Octubre School in Tegucigalpa, ninth grader Jefferson said, “I admire him because he never gave up.”

Art workshop facilitators lead discussions with young people to imagine a career for themselves in Honduras, often for the first time. Students are then asked to express themselves through drawings or murals. The mural at Marco Antonio Ponce serves as a daily reminder that youth can have a rewarding future if they study hard and graduate. “They ask ‘When are we going to do it [our mural]?’” Clavasquin said. “And I tell them, ‘This year.’” After one workshop at Oswaldo Arellano School in Choloma, a ninth grade girl said, “Honduras can offer us these opportunities… to achieve our dreams.” 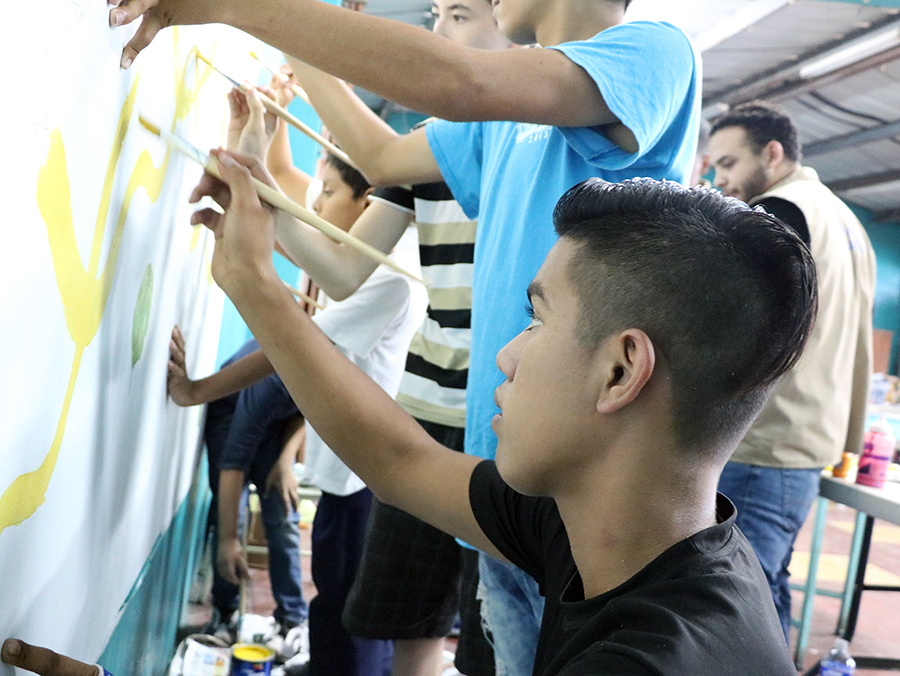 Asegurando utilizes social and traditional media to extend the campaign’s reach beyond the project’s 135 schools. For example, it published 147 social media posts promoting the value of education and circulated hashtags such as #SoñaloViviloAqui (Dream It, Live it Here) and #ImaginandoMiFuturoEnHonduras (Imagining My Future in Honduras). For the first two months of 2020, campaign activities and messaging reached more than 300,000 people.

COVID-19 and the Return to School

With the outbreak of the COVID-19 pandemic and subsequent school closures in March 2020, Asegurando has shifted the focus of the campaign to crisis response, strengthening the resilience of students and families. Once schools reopen, it will be more important than ever to resume the curbing migration campaign and draw young people back into classrooms and out of harm’s way.