Since the terror attacks of September 11, 2001, perhaps the greatest—and least understood—security threats faced by countries are asymmetric, not force on force.

Consider that in recent years:

What do these offenses have in common? They are being perpetrated not by nations but by individuals and groups unaligned with any state.

Since 9/11, the U.S. Government has sought to better understand these “asymmetric” threats and the effects of government actions on them.

Fortunately, these actions and effects can be traced, mapped, and studied as they manifest themselves in cultural attitudes, economic fluxes, diplomatic stances, and other indicators. 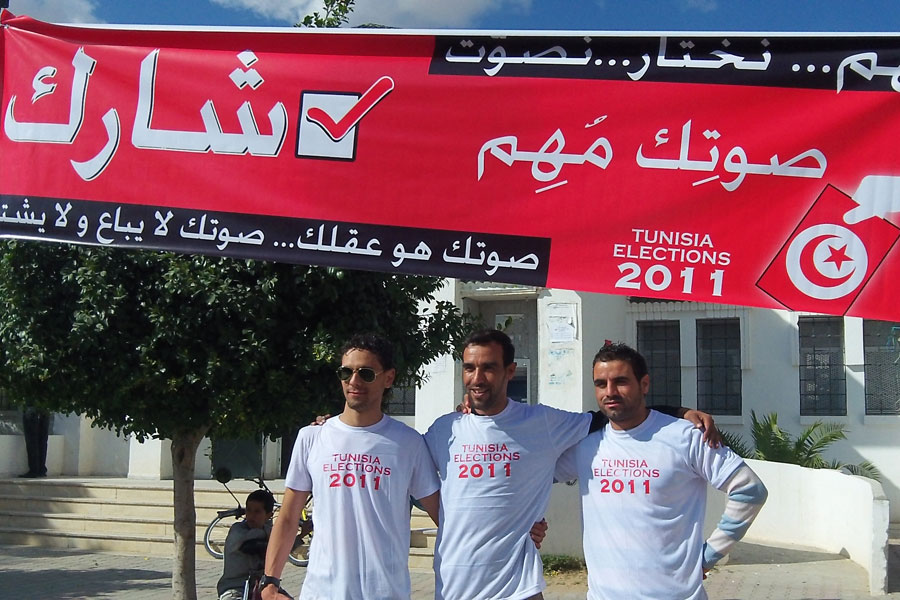 The AWG is responsible for improving the effectiveness of combat forces by discerning new enemy tactics, techniques, and procedures, and developing solutions to overcome them. Johns Hopkins researches global and national networks that are vulnerable to terror groups seeking recruits, funds, and safe haven.

Recognizing DAI’s local knowledge, years of experience, and unique perspective on international development, the AWG asked us to participate in the analytical cycle focusing on the Horn of Africa beginning in late 2011. The Horn is a volatile region that continues to draw significant U.S. Government attention and concern, and one where DAI has longstanding expertise and presence.

Goldensohn and Weeks, each of whom has 30 years of experience working closely with people in developing countries, provided insights on development activities that could enhance stability as part of the Horn of Africa CIG.

CIG participants from the U.S. Department of Defense and other organizations appreciated learning more about the development options at their disposal, such as:

DAI’s technical expertise is proving critical to enhancing the AOWG’s understanding of particular geographic venues and regional issues. In late November, for example, DAI’s Jack McCarthy contributed the development perspective to an AWG immersion seminar on Iran’s influence in the Pacific.

From July 24–27, I attended the CIG in Tampa, Florida, at MacDill Air Force Base and participated in the various “player cells.” The event focused on the unfolding crisis in Syria, with player cells simulating Syria’s neighbors in the region, U.S. agencies and the military, American allies, and other interested parties such as Russia, Iran, and Lebanese Hezbollah, each of which can effect Syrian events and, in turn, be affected by the outcome of the crisis.

Each cell played the game through a series of turns, undertaking actions depending on its affiliation with the United States. The U.S. Government players developed courses of action according to a prioritized list of activities developed during an earlier AWG immersion seminar at the U.S. Naval Academy. The seminar examined the relationships among the actors, as well as their characteristics and vulnerabilities.

Player cell progress was tracked and evaluated based on completion of cell goals, which can include, for example, construction of a factory or military base, or control of particular regions. Other player cell actions are more complex and must be interpreted in the context of various conditions reported on the “game map.”

The game ended after completion of a predetermined number of turns. Results were compiled for further analysis by the AWG and Johns Hopkins, published in a vulnerability assessment workbook, and distributed to various government agencies and other CIG participants, in order to capture and institutionalize the unique insights.

Attendees at AWG simulations truly represent a whole-of-government, interagency, and international problem-solving effort. The broad participation of defense, development, diplomatic, and academic actors enhances the U.S Army’s understanding of stabilization operations, which it, in turn, shares with U.S. allies.

For DAI, participation in these simulations has heightened our insight into and appreciation of U.S. military doctrine and how development and defense professionals can best work together to achieve our shared goal of a more stable and safe world.