Leasing equipment—instead of finding the cash to buy it—is fundamental to the growth of small and growing businesses, yet small-business owners in Sub-Saharan Africa’s largest nation have been unable to do so, because the regulatory framework that underpins leasing transactions didn’t exist. Until now.

The Democratic Republic of the Congo (DRC) recently launched business equipment leasing thanks to legal and financial frameworks established with assistance from the U.K. Department for International Development (DFID)’s Essor programme, which DAI helps to implement.

Today, businesspeople in this country of 85 million can finally lease the equipment they need to grow their micro, small, and medium-sized enterprises (MSMEs) and larger businesses. This productivity-enhancing equipment includes:

A 2016 survey of potential lessees and equipment suppliers—conducted by the DAI-led Essor Access to Finance team (Essor A2F)—confirmed strong demand for leasing, or crédit-bail in French, and the types of equipment that crédit-bail could finance. With this data in hand, Essor A2F went to work alongside DRC institutions to craft frameworks that will enable this new source of financing for the DRC’s businesses.

The five-year Essor Programme was launched in 2015 under a consortium headed by Pricewaterhouse. Essor’s workstreams in the DRC have focused on:

These workstreams were linked to the World Bank’s Doing Business indicators—including access to finance—and aim to improve incomes by promoting the development of MSMEs, including women- and youth-owned and rural enterprises, through reforms to the country’s investment climate and policies. 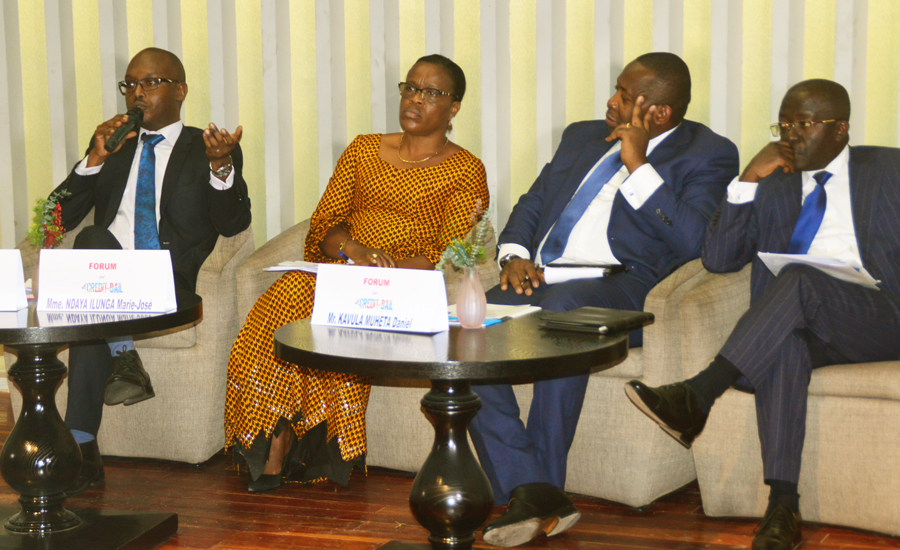 Preparing the Country for Leasing

Essor A2F’s first step was to help develop an MSME-specific chapter within the Ministry of Finance’s National Financial Inclusion Strategy, formalizing the national mission to support small businesses. At the same time, the team began designing financial literacy modules for the National Financial Education Programme to train potential lessors and lessees in the DRC on how debt, credit, and leasing works.

Essor A2F began assisting the Banque Centrale du Congo (BCC) on the leasing issue in 2016, when the team provided detailed comments and recommendations on the bank’s draft “Instruction,” or implementing measures, to financial institutions. After the BCC produced its second draft Instruction in November 2017, A2F again gave comments, which the BCC adopted to clarify accounting and fiscal procedures, among other needs, and make crédit-bail consistent with international standards.

The BCC issued its definitive Instruction on March 9, 2018, after a final round of internal work sessions assisted by Essor A2F. Crédit-bail was then officially placed in the hands of the country’s banks and microfinance institutions.

This year, banks will be expected to offer crédit-bail to the market, primarily to mid-sized enterprises that are leasing large vehicles and productive equipment on contracts ranging from US$20,000 to $50,000. Soon after, microfinance institutions will likely begin to offer micro-leases in transactions as small as $2,000 to small restaurants, tailors, hairdressers, and other enterprises. In the future, we expect to see companies leasing big-ticket equipment such as mining machinery, which could involve transactions as large as $1 million.

It should be noted that the law limits leasing equipment to business use only, and that crédit-bail cannot yet be offered to individuals seeking to finance private vehicles, for example, or other consumer items.

Essor A2F has identified various remaining issues that lessors see as critical, and will work with banks, microfinance institutions, and the relevant DRC government agencies to resolve these outstanding issues. Looking ahead, in its next phase Essor A2F will seek to:

Leasing is well-known to have major benefits to emerging economies. For equipment suppliers, leasing spurs additional sales of products to a reliable buyer (the financial institution providing leasing). For MSMEs, leasing offers a form of financing more accessible than normal bank credit, since the equipment itself serves as collateral. For financial institutions, offering a new, low-risk financial product broadens their portfolio of products and their customer base. The economy benefits and the tax base increases through the added production capacity of MSMEs, new jobs created, and additional taxes payable by increasingly profitable businesses.

Our Essor A2F team is proud to have contributed to the DRC’s achievement in establishing crédit-bail, but now it is time to push forward on making crédit-bail a vibrant contributor to the country’s economic growth.