On its 10th anniversary, the World Bank’s Doing Business project is under serious scrutiny. Some would go so far as to call it an outright attack—designed to roll back or even get rid of the index—allegedly driven by countries unhappy with their Doing Business rankings or by disgruntled Bank economists dubious of the index’s methodology.

But the push-back has been strong. At an April conference hosted by the Center for Strategic and International Studies and moderated by the Center’s Dan Runde, development leaders and economists such as Paul Wolfowitz, Andrew Natsios, Michael Klein, Simon Johnson, and Eric Berglof expressed shock that the Bank would consider terminating or outsourcing this important product. Michael Klein, to take just one example, defended the index’s role in supporting inclusive economic growth through its emphasis on rule of law and appropriate regulation—essentially encouraging countries where business success is determined by merit, not by connections. The consensus was that although Doing Business is imperfect, it remains a valuable navigational tool to guide reform efforts across more than 170 countries. 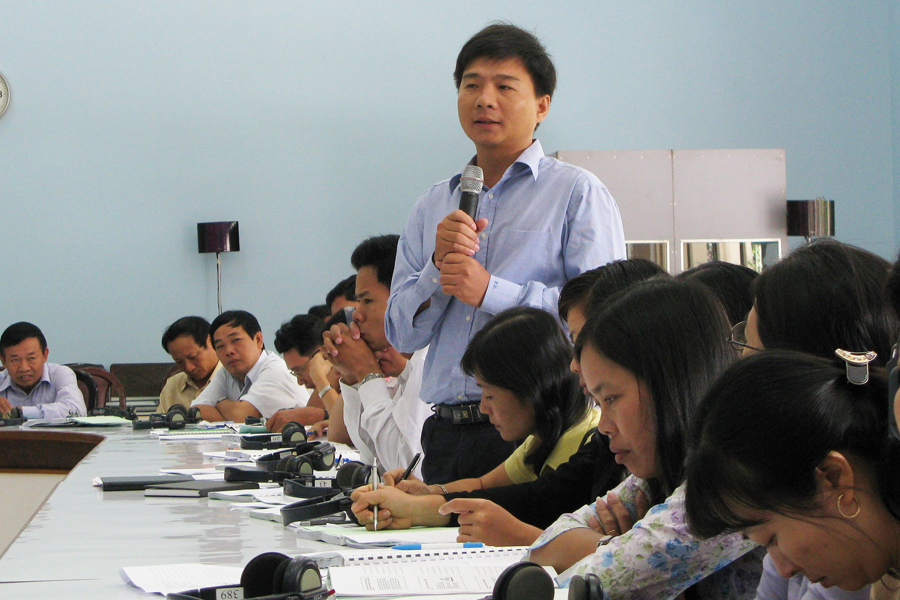 Doing Business was also inspirational in the design of the Provincial Competitiveness Index (PCI), an index DAI designed a decade ago under the U.S. Agency for International Development (USAID)’s Vietnam Competitiveness Initiative to support reform at the subnational level in Vietnam. Widely acknowledged to have played a powerful role in reforming the domestic regulatory environment faced by foreign and domestic enterprises, the PCI may offer its “parent” index a few pointers as Doing Business matures and evolves in its second decade.

What Could Doing Business Learn From The PCI?

Doing Business brings together a suite of indicators that speak to the ease of setting up and running private enterprises in a given country—how long it takes to register a business, for example. But showing how countries stack up against their competitors is one thing; showing how local jurisdictions within a country favor or disfavor business is quite another. That’s where the PCI comes in.

The PCI was designed by a DAI team—led by Dr. Edmund Malesky, now a political economist at Duke University—under the auspices of the USAID Vietnam Competitiveness Initiative (VNCI). We used statistical sampling methods similar to those employed by Doing Business, with the objective of measuring economic governance and ranking 63 provinces and cities. In December 2004, I presented the index’s conceptual framework at the World Bank office in Hanoi to a group of Vietnamese development economists familiar with Doing Business. Despite their initial misgivings, one leading economist broke the ice by saying the rankings would give low-ranking provinces the information they need to improve their performance.

In comparison with Doing Business, Vietnam’s PCI offers three important adjustments that allow it to better support reform efforts at the subnational level.

Since 2005, USAI/VNCI and its partner the Vietnam Chamber of Commerce & Industry (VCCI) have produced eight annual PCI reports. The PCI team has conducted more than 150 diagnostic workshops in 60 provinces to stimulate dialogue between the local government and private sector, identify critical issues brought into the open by the PCI, and shape appropriate reforms. Initially, VCCI and our own team were concerned about the political sensitivities PCI rankings might arouse in a relatively closed political environment where there was little dialogue and minimal data available. But over time, Vietnamese officials, business leaders, economists, and journalists learned about the sampling methodology and construction of the index and accepted it as a valuable means of improving the business environment, encouraging enterprise growth, and attracting investment.

Perhaps the single most compelling message to come out of the PCI process is this: leadership matters. The PCI proved the concept of “the governance premium,” based on both hard data and perception data: provinces with higher PCI rankings have generated greater prosperity and economic growth (holding natural endowments constant); provincial authorities have the ability to reduce the costs and risks of doing business in their jurisdictions, thereby creating more jobs and greater prosperity.

In considering the PCI’s success in adapting the best ideas of Doing Business at the subnational level, I would highlight three factors:

Relatively quickly, the PCI became a credible, evidence-based outlet for private-sector concerns, trusted by local and national leaders to guide reforms. Based on the PCI experience, we believe Doing Business has significant potential to evolve in its second decade to meet the critical challenges of transforming underperforming economies. It could readily be adapted not just to report de jure conditions at the national level, but also to survey on-the-ground realities facing enterprises at the national and subnational levels, where most enterprises in emerging economies interact with regulators. The work of Doing Business is not done.