In 1990, the East African nation of Ethiopia stood among the nations in most dire need of water development. Seventeen years of war had left its government and systems in disarray. Only 11 percent of its more than 48 million people had access to piped or other improved water sources; the rest used unimproved sources such as unprotected wells and carted drums. Predictably, Ethiopia and countries in similar straits suffered through high rates of communicable, pandemic, and vector-borne disease, child mortality, and other challenges tied to water, sanitation, and hygiene.

Today, Ethiopia’s population has surpassed 100 million, but the magnitude of the country’s success in providing drinking water to nearly half its people in 25 years—despite its diversity, size, and history of war and famine—cannot be overstated. We must ask: How did Ethiopia and other countries in Sub-Saharan Africa make big gains to halve the proportion of their people without sustainable access to safe drinking water? The answers should be applied to similar countries and their people so they can become water secure and answer the challenges tied to poor water, sanitation, and hygiene, or WASH. 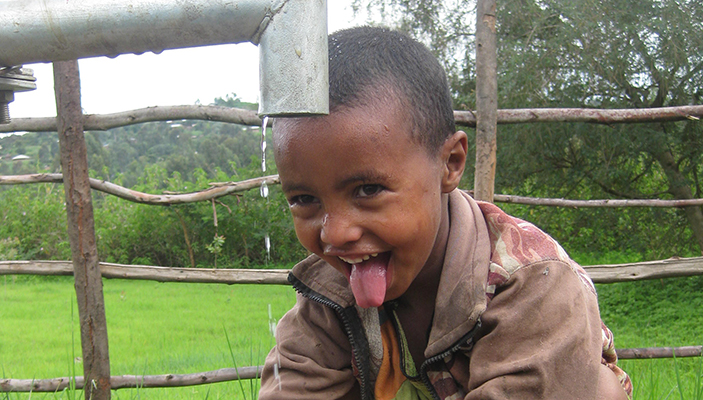 The USAID Water for Africa through Leadership and Institutional Support (WALIS) project is doing just that. By examining the common elements among countries that met the Millennium Development Goal (MDG) for clean water access in Sub-Saharan Africa, we are helping other countries learn to replicate this success and go further toward meeting the ambitious goal of universal access to water under the 2030 Sustainable Development Goals.

Four countries representing the four regions of Sub-Saharan Africa serve as an example in how they met the 2015 MDG for halving the proportion of people without sustainable access to safe drinking water: Ethiopia, Rwanda, Senegal, and South Africa. WALIS sent teams to analyze how these countries reached their water targets by examining the historical record and speaking to the leaders who guided their countries through the 25-year MDG era. In the coming weeks, WALIS expects to release its detailed country case studies and synthesis report that will help provide these answers.

By uncovering the pathways, processes, policies, and people behind the success of each, more countries could replicate the achievement. Moreover, many of these same strategies can be used to help other countries reach universal access to the sustainable and safe drinking water vital to human security and economic growth. 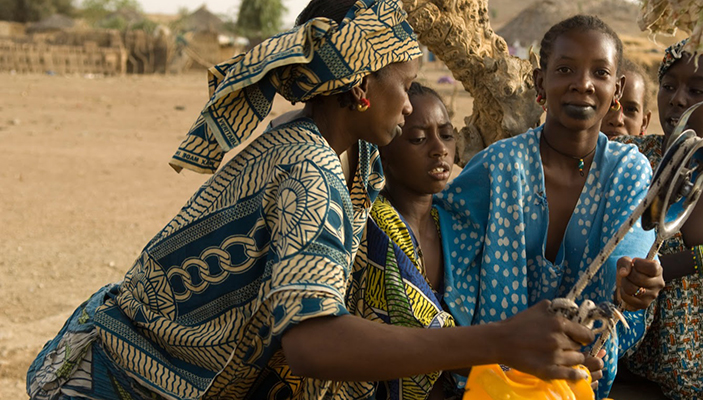 What were the common characteristics applied to the local systems in Ethiopia, Rwanda, Senegal, and South Africa that contributed to their drinking water success? Before this question can be asked, there are fundamental underlying preconditions common to most areas of economic development across the developing world that must be met. These are no less important in the context of achieving greater access to safe drinking water than they are in achieving a stronger and more transparent business climate or responsive and accountable democratic governance and rule of law: First, long-term political and economic stability is the foundation that all other country systems must have to register positive growth and poverty reduction. Second, and building on political and economic stability, is the need for robust and sustained investments in the water sector’s professionals and systems.

Once these preconditions have been achieved, which was the case for the four Sub-Saharan African countries noted above, then four sets of common elements were identified that bound the success of these countries together:

Ongoing, collaborative social dialogue was key to helping these four countries meet their goals for drinking water. Although different countries used different means to ensure good public participation in decision making, the experience in Senegal and Rwanda define it best.

Senegal’s inaugural Poverty Reduction Strategy Paper states, “social dialogue is both an end and a means in any development process, and will contribute to meeting the challenges of the day, namely: poverty, productivity, investment, growth, and employment.” This philosophy drove deep into the country’s efforts to expand access to clean drinking water by ensuring consumer advocacy groups and labor unions had a place on the board of the National Water Company of Senegal.

Similarly, Rwanda sought a way to engage its citizens as part of efforts to reconstruct Rwanda through traditional engagement and accountability under a practice called “Imihigo.” Imihigo was introduced into national planning to help improve policy coordination, monitoring, and evaluation. The accountability relationship between service providers and citizens was not well defined, and citizen participation in decision making at all levels of public administration was neither institutionalized nor well-coordinated. The engagement resulted in the Rwandan government and its partners institutionalizing performance contracts in the central and local government planning systems to increase the rate and quality of the execution of government programs and priorities. 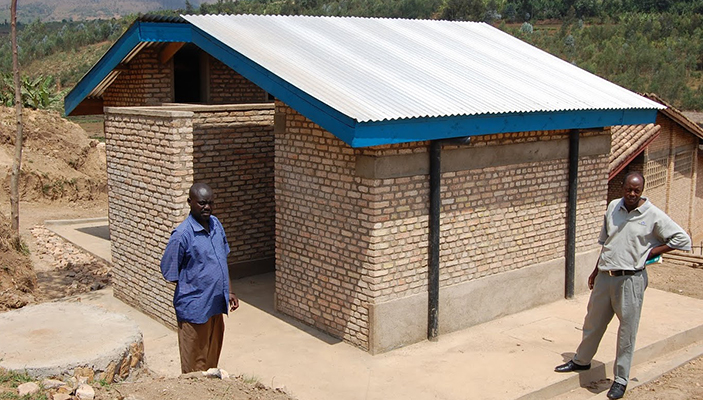 2. Accountability through monitoring and local commitment

In Rwanda, the same Imihigo system that helped the country improve public participation was further used to ensure accountability, with performance contracts developed across all levels of government. Members of the public service also signed an Imihigo with their managers or heads of institution. Like an Imihigo, the Rwandan Water and Sanitation Corporation has started implementing a performance improvement program, enabling them to significantly improve their indicators for billing, revenue collection, and collection efficiency. A similar story of monitoring and local commitment played out in South Africa, albeit at a much grander scale compared to Rwanda.

Continuous monitoring of progress in water supply and sanitation represented a key component of the South African system. A detailed national baseline assessment was prepared to determine the status quo, needs, and priorities and opportunities. This investment was essential to plan and monitor progress. The baseline assessment was coupled to GIS maps of the country indicating even the smallest settlement and tiniest village.

While different agencies were assigned responsibility to promote water efforts in each country, there was always a “go-to” government unit charged with the authority and resources to coordinate the water sector. In 2007, Senegal, with the help of the World Bank and later USAID, set up the Millennium Drinking Water and Sanitation Program, or “PEPAM,” using the Francophone abbreviation. PEPAM efforts focused on: expanding on urban water infrastructure; intensifying the construction of rural water facilities; increasing accountability and participation of local authorities, end users, and the private sector; improving sector performance and bringing down infrastructure costs; strictly managing water resources, and; supporting sound financial management and long-term viability of the public water services. Agencies in Ethiopia, South Africa, and Rwanda—such as Ethiopia’s One WASH National Program—played similar roles and were provided resources to help execute their mandates. Each promoted a unifying vision with a firm grasp of the challenges ahead. 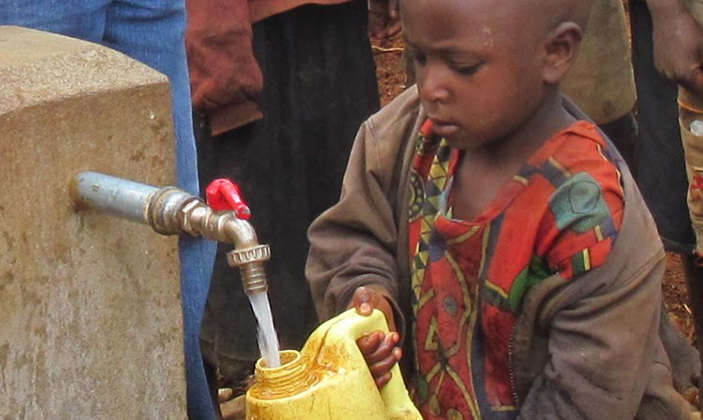 Perhaps the greatest catalyst to investment in water came by involving the private sector and “ring-fencing” public budgets for municipal drinking water suppliers and services. Ring-fencing ensured revenues from water operations were not grouped with or used by non-water and sanitation services. This allowed water investors and utilities to improve the quality of drinking water services in urban areas. Today, that model is expanding to rural areas across many Sub-Saharan countries. Senegal provides one of the most studied examples of this public-private reorientation. Its National Water Company (a public asset holder) signed a 10-year contract to operate urban water services in Dakar and beyond with incentives to reduce water leaks in the system and improve bill collection, water quality, and customer service. Delegated management services have since expanded to rural areas under fixed-term operating licenses for boreholes and small town systems.

There is no one element that contributed to these countries meeting their MDG-era drinking water targets. Rather, it was a combination of country systems that helped make farsighted policies, sound planning, adoption of effective financing strategies, and the creation of participatory public bodies and monitoring frameworks. This combination of key water development elements will be needed in the future. Some of the most pressing water challenges facing these countries going forward include rapid urban expansion, variability and reduction in water supplies, availability of financing, along the ever-mounting needs of the wastewater and sanitation sector. The hope is that the lessons learned by these successful actors carries forward to help them meet their infrastructure and institutional needs while rippling throughout the African continent to secure more drinking water for its growing cities, markets, and populations.