In less than a year, an onshore fish farm in Gaza has more than tripled the amount of fish it grows and sells by applying technology and assistance from The Compete Project (Compete), a U.S. Agency for International Development (USAID) program implemented by DAI.

With demand for fish in Gaza standing at 20,000 tons per year, but domestic production reaching only 4,500 tons, Gazans are forced to rely on expensive imports despite the territory being seaside. The waters off Gaza’s 25-mile coast have become critically overfished and depleted, damaging fish lifecycles and long-term fishing livelihoods. Sardines, for example, used to be Gaza’s main fish catch and generated good profits, but sardine yields have dropped by 70 percent over the past 10 years. 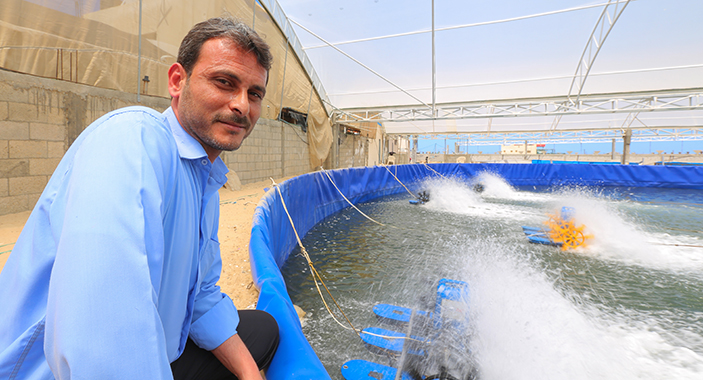 In 2014, the Compete team was called on to develop an onshore solution for Gaza’s fish value chain. Compete’s plan was twofold: expand the capacity of onshore fish farms to produce more fish to sell to supermarkets, restaurants, wholesalers, and private customers; and establish local production of fingerlings, the juvenile fish that are supplied to fish farms.

Compete formed an early partnership with Fish Fresh, which despite being the largest onshore fish farm in Gaza had a production capacity of only 140 tons per year. Since electricity in Gaza is intermittent, a major obstacle to growth for Fish Fresh was the lack of the consistent electric supply needed to operate aerators and pump seawater to onshore wells. Compete developed a cost-share agreement with Fish Fresh to supply it with generators and aerators. In turn, Fish Fresh built new infrastructure, including water pools, greenhouses, and leather linings. Fish Fresh began utilizing its new technology in 2016, boosting production from 140 tons to 500 tons in one year—and leading to the hiring of an additional 12 workers. 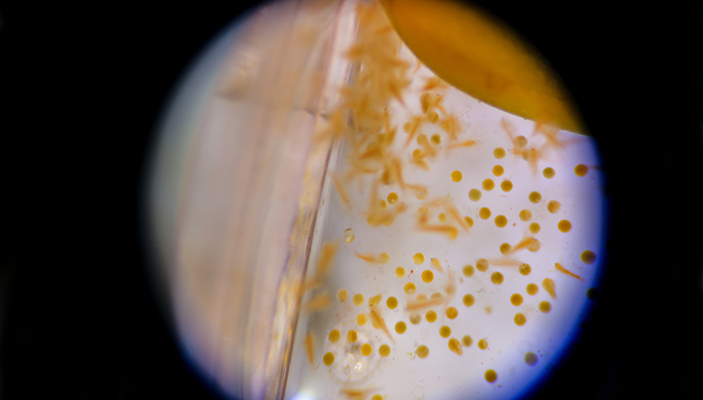 One New Business Feeds the Next

With more production capacity assured, Compete turned to address another part of the value chain: the availability of high-quality fingerlings, the main input for fish farms. Until this year, Gazan fisheries had never raised fingerlings and relied on imports from Israel and Turkey. These imported Sea Bream fingerlings proved expensive and their availability inconsistent.

To stimulate fingerling production, Compete needed a partner. Suhail Kuhail, manager of Gaza’s oldest fish farm, had wanted to undertake such as project for years. Compete designed an in-kind grant worth $150,000 that provided Kuhail with equipment for a new hatchling laboratory. Successful operation of the laboratory depends on highly sensitive variables such as oxygen levels and moss growth, which in turn depend—once again—on a reliable supply of electricity. Compete provided an environmentally friendly alternative energy solution—solar panels—that ensures the fingerlings have the best conditions to grow, 24 hours a day. For his part, Kuhail invested $123,000 for hatchlings, their food, and additional infrastructure. Kuhail is now the first Palestinian to produce fingerlings. His hatchery has grown around 700,000 hatchlings into mature fingerlings since mid-2016.

Fish Fresh visited the Kuhail farm for a demonstration and was so impressed with the quality of fingerlings that it signed up to buy 100,000 fingerlings per month. With a consistent, high-quality supply of fingerlings, and with each kilogram of mature fish in the market selling for $10, Compete’s intervention will directly contribute roughly $4 million in increased sales per year for Gaza’s onshore fish farms.

The Compete Project’s $150,000 in-kind grant to Suhail Kuhail to produce fingerlings is projected to increase fish-farm sales in Gaza by $4 million per year. 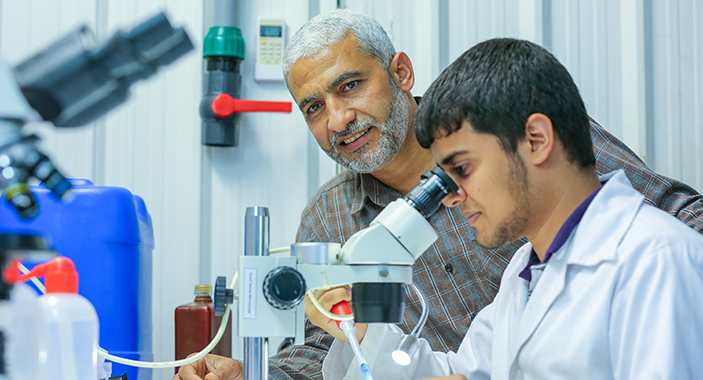 The Pivot to Gaza

In 2014, USAID asked DAI to expand Compete’s activities beyond the West Bank to Gaza, a 141-square-mile strip along the Mediterranean just south of Israel. Our Compete team enjoyed much success in the West Bank and still does—improving the competitiveness of more than 700 firms, cooperatives, associations, and farms, leveraging US$81 million in private sector investments, and placing more than 2,300 hectares of agriculture under new technology, including in Gaza.

When Compete began activities in Gaza in 2014, the question on everyone’s mind was, “Could this work here?” In addition to agribusiness, Compete had successfully strengthened value chains in the West Bank for stone and marble, tourism, and information and communications technology. In Gaza, the Compete team assessed which sectors had the most potential for growth and job creation: one of the most promising was found to be fishing, an industry as ancient as Gaza itself but which faced major challenges and obstacles.

Suhail Kuhail proved to be an ideal partner for development in Gaza. Kuhail grew up by the sea. He studied marine science in Alexandria, Egypt, before returning home to Gaza to join the family business in electrical appliances.

“I had spent years researching fingerlings, taking courses in Egypt and Turkey, and was determined to open a marine hatchery,” Suhail said. “Only when I was contacted by USAID’s Compete Project did I feel it was the right time. Sharing the risk encouraged me to take the first step. Once I saw Sea Bream hatchlings under the microscope, I couldn’t be happier!”

Kuhail expects to earn his return on investment in three to four years. He added that his hatchery has been good for the industry, as once skeptical onshore fish farmers are providing positive feedback and return sales. More Gazans are considering fish farming and looking for land to build new farms. 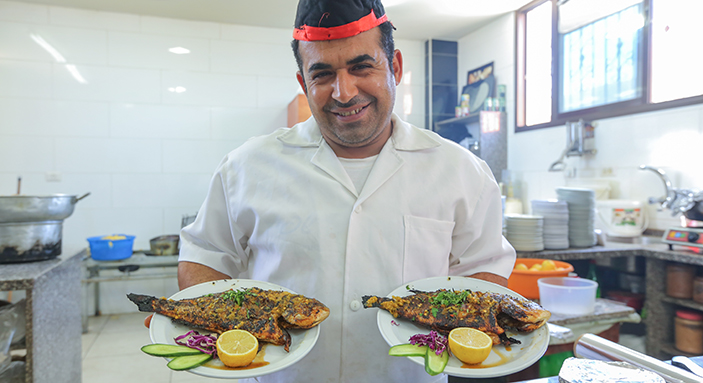 “It is becoming a secure business, as we are nowhere near the production level required to meet Gaza’s demand, so there is much room to grow,” Kuhail said.

He hopes to expand one day into shrimp farming. “My sons went to university and rejected the idea of working in the fish industry,” Kuhail said. “But now they’re interested. I’m hoping they join us.”