Like everyone else, poor people depend on markets. They depend on markets to sell what they produce and to purchase goods in time of need. They operate in labor and land markets — formal or informal — and are affected by government policies and regulations. They require a wide range of services. Many of the markets they participate in are highly dynamic, especially those linked to global markets. In such markets, technological changes and price fluctuations occur in ways that poor people cannot hope to influence. 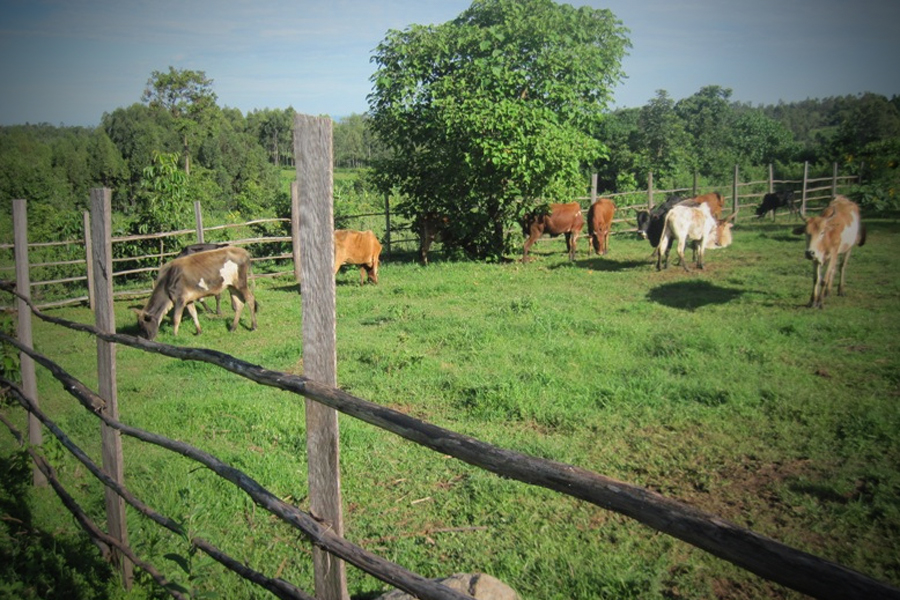 The economically active poor are often the most vulnerable participants in market systems, working on the margins, haunted by the possibility of falling out of the economic sector in which they participate. They often ply their trades in the lowest-value market channels, serving weak and declining market segments with limited buying power. Even when they work in higher-growth market segments, they are confronted by new entrants and increasing competitive pressure to improve their productivity.

How do we make the lives of poor households less precarious? How do we make them more resilient? Economic resilience enables poor people to reduce their losses from natural disasters or economic change. Resilient households and businesses can withstand shocks arising from broad economic recessions, reduced competitiveness, and dwindling market segments, which might in turn be caused by changing consumer preferences, competitive forces, or new regulations.

To improve the resilience of poor producers, it is critical to know two things: where they operate in the prevailing market systems and what end-markets are available to them. We must understand how to improve their access to — and ability to influence — the services, linkages, and regulations that can make them more competitive in their markets. By understanding the value chains and market systems in which the economically active poor operate, we can chart the opportunities and threats affecting them in the future. Systemic analysis is required to go beyond the symptoms of service access and market power challenges, and get to the root causes. With this analysis in hand, we can better stimulate the development of market-driven inputs and services that will enhance poor people’s ability to adapt to adverse changes in their economic environment.

Getting To Root Causes Figure 1, the market players chart, popularly known as the M4P donut, presents key elements that affect the actors in a value chain. Systemic issues are found in three main areas: in the relationships between the market actors (the core function); in the rules that govern the sector (both formal and informal, sector-specific or general); and in the supporting functions, such as interconnected services, access to information, or the infrastructure and organizations upon which market actors depend.

Critical to the analytical process is mapping where the various participants are in the value chain; their roles as producers, entrepreneurs, or employees; and the supporting environment. Much of the groundwork for M4P and VCA was laid in the 1990s under the Growth and Equity through Microenterprise Investment and Institutions (GEMINI) project. Under GEMINI, a U.S. Agency for International Development applied research project, DAI used “subsector mapping” to identify the various actors in a given value chain; draw out their relationships to other actors in the subsector, the technologies they use, and the supporting services they access; and determine how to organize them into channels differentiated by relationships and technologies. Economic trend analysis enables us to see which channels are growing in economic value and which are contracting. These projections allow us to anticipate which economic actors face a squeeze on their market channels—putting them at risk of losing their livelihoods—and informs our development of resilience strategies for the poor.

The Kenya dairy value chain map, Figure 2, which DAI last updated in 2008, depicts the value chain, the types of businesses active in it, and the roles they play. Understanding the channels that are shrinking and those that are growing allows us to identify the participants most threatened by changing market dynamics, but also points out the more secure channels open to them. The map highlights the 750,000 small farmers who are the backbone of Kenya’s dairy industry. The livelihoods of these farmers — most of whom have fewer than five cows — are very much at the whim of the market. The farmers have a choice of selling to the 30,000 traders who purchase milk from them and transport it to urban raw milk markets, or to the larger dairies that pasteurize the milk. The small farmers get better prices from the traders, with whom they have more reliable supplier relationships, than from the large dairies, which often impose their power on the smaller actors. As a result, 80 percent of milk in Kenya is marketed through raw milk informal channels.

The Kenyan consumer market prefers raw milk over pasteurized because it is cheaper (one-third to two-thirds the price of pasteurized), it tastes better thanks to its higher fat content, it is marketed directly to end-consumers in quantities that meet household budgets, and consumers have strong relationships with their personal vendors. Due largely to the lower cost of the raw milk, milk consumption has increased steadily among Kenya’s urban poor — resulting in a 20 percent increase in the number of small dairy farmers over the past decade.

Over that time, the large dairies in Kenya have been struggling, so they have tried to improve their competitive position. They have taken steps to squeeze out the informal raw milk channel and force down prices to the small farmers. For example, the dairies have advocated banning the sale of raw milk as unsanitary. If they succeeded, milk prices would increase significantly, pushing out poor consumers and drastically reducing the overall market for milk, in turn forcing hundreds of thousands of small farmers out of the market and penalizing poor consumers.

The large dairies have also tried to create quasi-monopsony conditions, using their purchasing power to dictate conditions to the small farmers and even refusing to purchase if there is too much supply.

The ability of traders and farmers on the fringe of the value chain to respond to these challenges depends on their supporting environment. With the appropriate support, they can: 1) upgrade their competitiveness and value chain power to balance relations with the dairies, and 2) keep the informal trader channel alive to compete with the large dairies.

With regard to upgrading their operations, the farmers need stronger organizational capacity and access to appropriate services and supplies geared to their size and business opportunities. With regard to strengthening the trader channel, the small farmers and traders realized that the raw milk channel would have to formalize if it was to survive. As part of that transition, the regulatory environment would have to evolve, creating a pathway for gradual formalization rather than the abrupt, outright exclusion of informal actors as proposed — for their own purposes — by the dairies.

But even with the proper regulatory framework in place, small farmers and traders still needed significant training — in safe milk-handling practices, for example — to upgrade their product in line with new standards. And they still needed services to increase their productivity. Without these supporting systems, they would be squeezed out of their livelihoods. The broader challenge, then, is to ensure that the supporting systems and relationships are in place to allow the small market actors to respond to the changing market environment in a timely, cost-effective, and sustainable manner.

Often, donor programs seeking to help upgrade the products and services of the economically active poor provide them with direct or subsidized assistance. While such assistance might be appropriate during periods of extreme pressure and shock, it is not sustainable over the long term and often renders the recipients dependent on fragile outside assistance, while crowding out other market actors. Importantly, this approach tends to address the symptoms rather than the root causes of the problems faced by poor households, and rarely enables them to better control their destiny and build up their resilience.

Over the past decade, programs funded by the U.K. Department for International Development (DFID) have stimulated the development of market-driven services to meet these challenges in the Kenyan milk sector. This approach is a systemic, long-term endeavor because it requires simultaneous development of the broader supporting infrastructure. For example, DFID promoted changes in the regulatory environment to legalize raw milk sales by traders certified to handle raw milk. This critically important step in turn required the provision of commercially driven training for traders and small farmers; it meant building the capacity of the regulator to engage with and monitor many more and much smaller participants; and it relied on improved organization at the trader and farmer levels.

But with a reliable alternative marketing channel and supporting services now within their reach, small dairy farmers have been able to maintain their access to markets, not only recapturing their position in the value chain and maintaining their livelihoods, but greatly increasing their participation in the market.

If donors understand the underlying causes of economic shocks to smallholders, they can put in place such systemic solutions to help poor households respond to disruptive change in their value chains. This makes them more resilient in the face of ever more dynamic markets — a true mark of a competitive and sustainable enterprise, whether operated by a multinational or a small farmer in Kenya.