When the 300 farmers at the Fuamah District Multipurpose Cooperative reviewed results from the rice farm’s trials using a new fertilization method, the farmers sang and danced in celebration. Plots using this method—where briquettes of fertilizer are buried in the ground next to rice seedlings—returned 17 percent higher rice yields than simply throwing fertilizer granules onto the field and 30 percent higher yields than sites using no fertilizer at all.

The 7.4 metric tons per hectare of wet rice was one of the highest yields the group had seen since it formed in 2002, right after Liberia’s civil war. 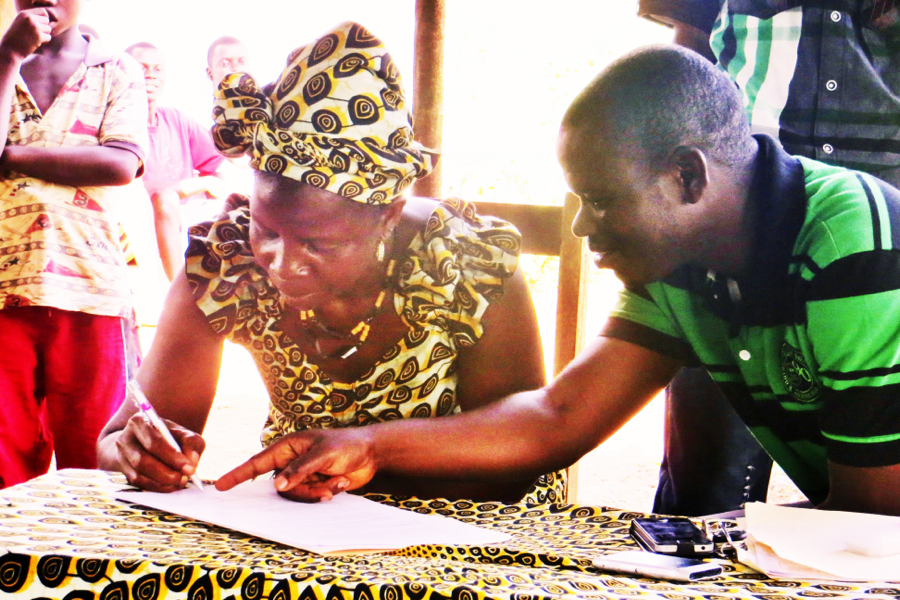 The Fuamah rice farm is one of 20 sites in Liberia where the U.S. Agency for International Development (USAID)-funded Food and Enterprise Development (FED) Program tested urea deep placement, an effective approach to assure that nitrogen—urea’s key component—stays in the ground and reaches crops.

In Liberia, urea fertilizers are costly and hard to find. Without any guarantees of larger harvests, many farmers are reluctant to invest the time and money to obtain them. Those who do use urea fertilizer often don’t understand the deep placement method.

“It’s easier and cheaper for our group to get manure, but manure is difficult to apply on land that is under water,” said Zulu Zaza, the cooperative’s chairman. “Now we see that burying the urea into the ground makes spending the money worth it.”

“Surface urea dissolves easily and the nitrogen quickly gets out of reach of the rice plants,” said Boima Bafaie, FED’s Deputy Chief of Party. “Placing the urea briquette deep in the soil helps to reduce this nutrient loss. It is an important part of integrated soil fertility management. The urea deep placement trials show our farmers that efficient techniques are critical to increasing yields and income.” 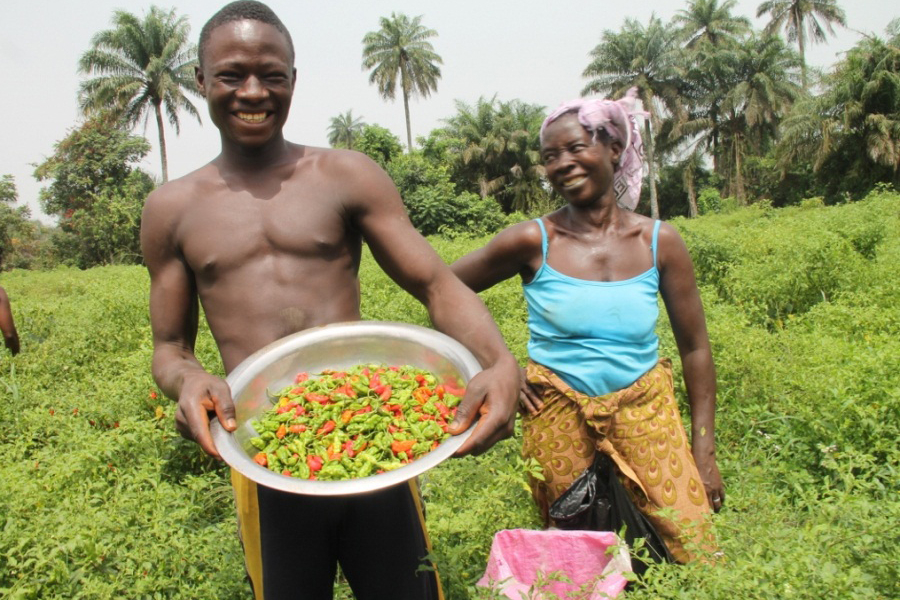 In 2009, IFDC and partners introduced the technology to West Africa across eight countries. FED is the first project of its kind to introduce urea deep placement in Liberia. In the 2014 rice planting season, the program will scale up the demonstration of urea deep placement to 110 lowland rice production sites and 10 rice seed multiplication sites. Liberian farmers will implement urea deep placement on more than 150 hectares of lowland rice in many new communities. To ease the amount of work spent burying fertilizer, the program will support farmers with briquette applicators as well as provide the briquettes, which are not currently available in Liberia.

FED and the Ministry of Education have developed Liberia’s first market-based, regionally integrated vocational training program in agriculture. In September 2014, the National Diploma for Agriculture will go into effect at four FED-supported Centers of Excellence in Agriculture. The diploma will prepare high school graduates to move directly into agricultural employment. Students will graduate with marketable skills and options tied to the country’s growing agricultural market and industry needs. In addition to core courses such as crop cultivation, irrigation, soil science, and animal husbandry, the program includes knowledge and skills-building in entrepreneurship, leadership, and communications.

“If USAID FED introduces this type of technology to Liberian farmers, we want to make sure that there is a supply chain that can support it,” Bafaie said. “By partnering with the input dealers in Liberia, we can create a link between rice farmers and agribusinesses. A strong value chain is critical if these farmers are going to go from subsistence farming to successful food cultivation.” 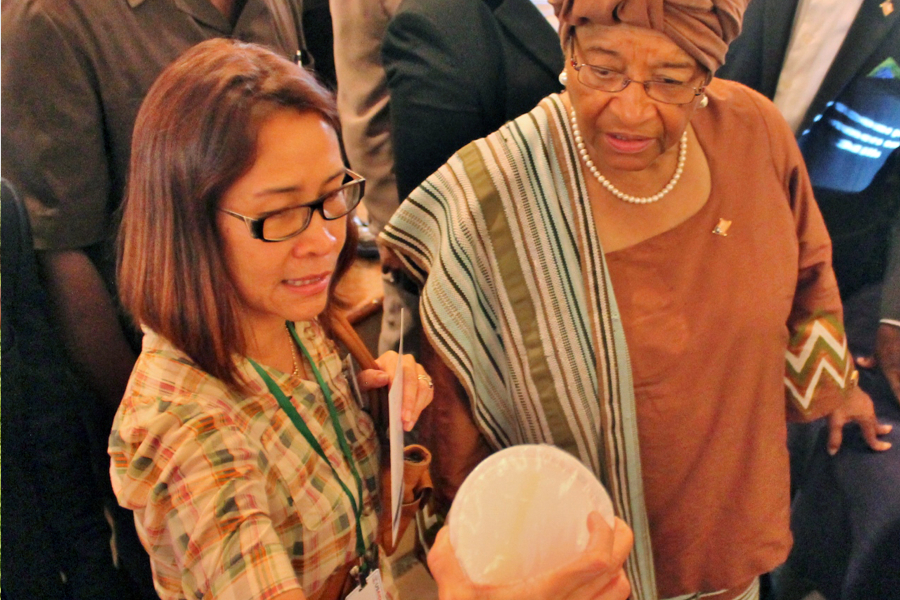 The United Farmers Association in Montserrado County worked with FED to improve field layouts, planting, and irrigation. In October 2013, FED partnered with local microfinance institution Liberian Entrepreneurial & Asset Development to loan the farmers $250,000 Liberian dollars ($3,125 USD), since repaid, which was made possible through Liberia’s Central Bank and funds from the United States African Development Foundation. The farmers invested in pesticides, manure, chemical fertilizers, watering and spray cans, and machetes. Perhaps most importantly, they could pay laborers to help them with brushing, plowing, transplanting, watering, weeding and, ultimately, harvesting. The farmers reported sales resulting from the loan of $1.2 million Liberian dollars.

On the production side, FED has assisted the Fuamah farmers with seeds, tools, and training on rice nursery, irrigation and field management, harvesting and handling, and business development. In addition, the program helped build a concrete rice drying floor on the site. Later this year, the program will build a community rice mill in collaboration with the Fuamah farmers, whose land is near a concessionaire mining operation and potential outlet for the group’s rice.