When Australian-Cambodian videographer Bunhom Chhorn returned to his native Cambodia in the early 2000s, he found the country nearly stripped of basic video expertise. There were no facilities, instruction, or equipment available to most people. Cambodian media overall had been greatly diminished by years of poverty and instability.

“The country’s human infrastructure was destroyed during the Khmer Rouge period [1975–1979],” said Chhorn, who had returned to film the documentary “Camp 32” about his time in a Khmer Rouge prison camp. “The ability to make good content was not a strong point for Cambodian journalists and television station owners.”

For entry-level videographers, there were no training facilities with editing space, software, and cameras. While a few universities and government entities offered high-level courses, they required applicants to present a video portfolio, excluding most young people from the vocation just as digital media was coming of age and, as a result, stunting Cambodia’s development. 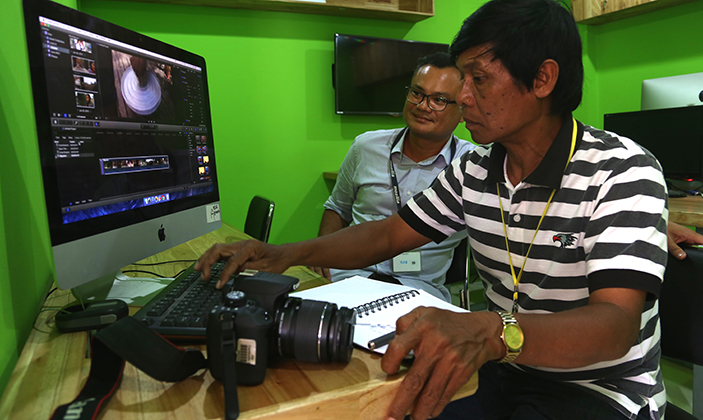 “In Cambodia, if you are stuck just telling the story in a written format, you will lose at least 60 percent of your audience because many people cannot read,” Chhorn said. “Those who can read often cannot interpret the information. This presented a barrier for technology companies and civil society organizations [CSOs] trying to work with the Cambodian people.”

In 2013, the U.S. Agency for International Development (USAID) and DAI launched Development Innovations (DI), a cooperative agreement designed to nurture a more tech-savvy, connected civil society that could better promote development in areas such as citizen engagement and accountability, education, and maternal and child health. The team hired Chhorn to provide informal training to CSOs and other DI clients from the early days of the project.

It was Chhorn who developed the concept for Low Fuss Media and helped to write scripts and create training through DI’s innovation lab in Phnom Penh—named the 5D Lab—where CSOs, students, and tech startups work on new projects using the Lab’s computers, media equipment, and wifi. Attendees quickly took to the lab’s video offerings.

“I attended the training for seven days, which covered three main topics—script writing, film shooting, and camera standing position—and I liked the course very much,” said Seng Sopheap of the Cambodia Center for Human Rights. “This training helped me a lot, especially to overcome technical problems I previously encountered. Now I am able to produce a better quality video.” 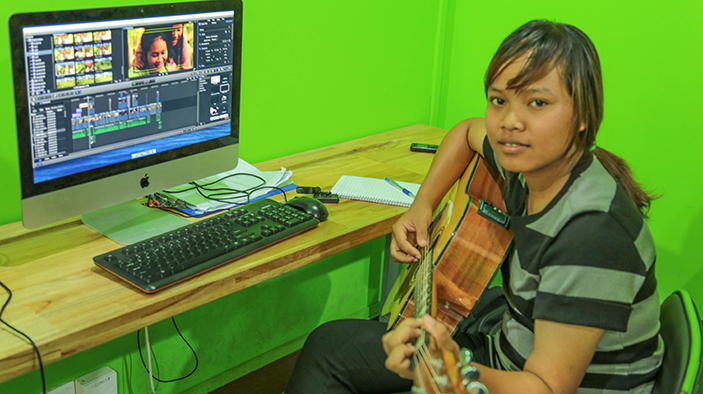 Since October 2014, Low Fuss Media has trained representatives from 18 Cambodian CSOs in basic filmmaking, with trainees using videos to promote their organizations’ work, including:

“After completing the training, I produced an additional video called ‘Access to the Information Law,’” said Kum Unique, Program Officer from the Advocacy and Policy Institute. “It shows people how they could access information on public services fees via mobile phone.”

While shining a light on development needs, these videos are serving an additional purpose. With donors in the region being pulled toward supporting Myanmar’s burgeoning democracy, helping with disaster relief in Nepal, and other pressing needs, civil society actors in Cambodia are increasingly being compelled to sustain their own activities by attracting interest and funding. The CSOs’ short, entertaining videos are proving to be effective self-marketing tools.

Low Fuss Media was refined in mid-2015 to focus on storytelling and messaging and help CSOs craft shorter, audience-gripping videos. High demand has spurred DI to hire a Video Production Advisor to conduct regular trainings and help CSOs to distribute videos and track their reach. 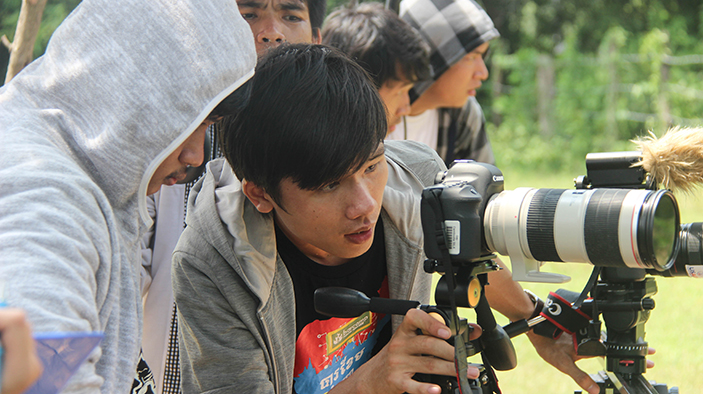 Video marks a great opportunity for social growth in Cambodia, which, for example, boasts 1.42 million content-hungry Facebook users, 81 percent of whom access Facebook via smartphones. But video is just one area that the 5D Lab is addressing.

As USAID’s first in-country hub and co-working space, the 5D Lab brings together civil society representatives and technology service providers (TSPs), a model that emulates successful technology startup hubs in other countries. So far, these CSO-TSP collaborations have spawned a reading assessment application that addresses poor reading skills in grades 1–2; an interactive, voice-response information hotline that addresses high infant mortality; and an online fundraising platform now being built that aims to fill funding gaps for CSOs and civic activities, among other achievements.

As DI has grown, and as Cambodia’s development and tech sectors have evolved, the project has adapted to meet emerging local needs. Lessons learned along the way include the following:

Most importantly, we reaffirmed that technical solutions should not be driven by technology but by practicality and ability to address a specific development challenge. For example, while mobile applications are all the rage, in many cases an interactive website or voice response messaging tool might better address an organization’s need. Low Fuss Media embodies this principle by demonstrating how a development challenge—CSOs’ need to communicate inexpensively using voice and video—can be met by means of a relatively simple technology solution.