When a business is put out of commission by war, it can take only a small investment—done rapidly in a post-conflict environment—to put it back on its feet, creating employment and making sales.

The 2014 Israel-Gaza conflict had a disastrous impact on Gaza. Scores of businesses, schools, hospitals, and homes were damaged or destroyed, as were infrastructure and farmland, leaving thousands of people without adequate shelter or a way to make a living. More than 900 factories covering 10 industrial sectors were damaged, according to estimates by the Palestinian Federation of Industries (PFI). 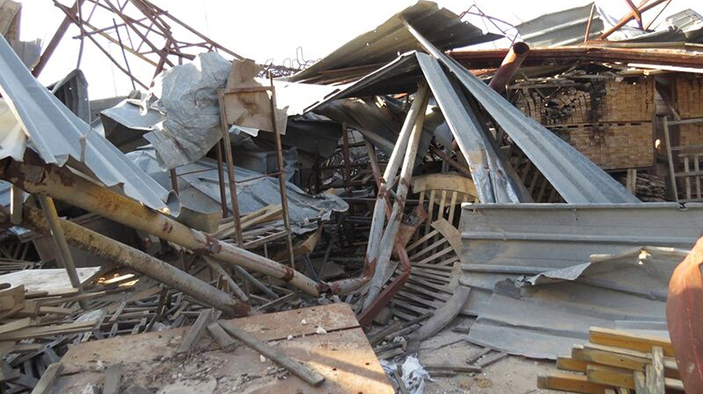 Alert to this crisis, the U.K. Department for International Development (DFID) and European Union’s Palestinian Market Development Programme (PMDP), led by DAI, opened the Gaza Back to Business matching grants window in November 2014—only weeks after the conflict had ended. The response was tremendous: Through July 2015, more than 700 businesspeople had applied for grants, with 129 agreements signed by enterprises meeting the project’s strict criteria. Most awards have been for less than £10,000 (US$15,740), but their impact—combined with recipients’ matching contributions—has been significant. Businesses and farms that might have folded irrevocably are selling again, and more than 1,000 people have returned to their jobs.

Though Gaza remains isolated, the 360-square-kilometer territory still has potential for further recovery and for economic growth in areas such as agriculture, fishing, manufacturing, and construction, according to Halim Halabi, PMDP’s Economic Advisor and Gaza Manager.

“[The] Gaza [business community] is suffering from three components: we have restrictions on movement, restrictions on importing materials and equipment, and also restrictions for exporting,” said Halabi, who has worked on DAI-led projects since 1994. “But after years of living in Gaza, I am optimistic still. There is a bright future for Palestinians in Gaza.”

The Best Way to Help

Once the team members could safely resume work, they set out to assess how to best assist Gaza’s private sector, partnering with the PFI to gain a clearer picture of the damage done to industrial sectors, including food production, construction, metal, wood, garments, textiles, aluminum, crafts, plastics, and chemicals. Conducted in cooperation with the Palestinian Ministry of National Economy and United Nations Development Programme, the assessment showed that the construction industry was affected worst, followed by metal and wood. It also showed that donors could best assist businesses by temporarily sharing the cost of wages and by helping to repair and replace equipment and facilities. We designed the Gaza Back to Business window to address these recommendations. 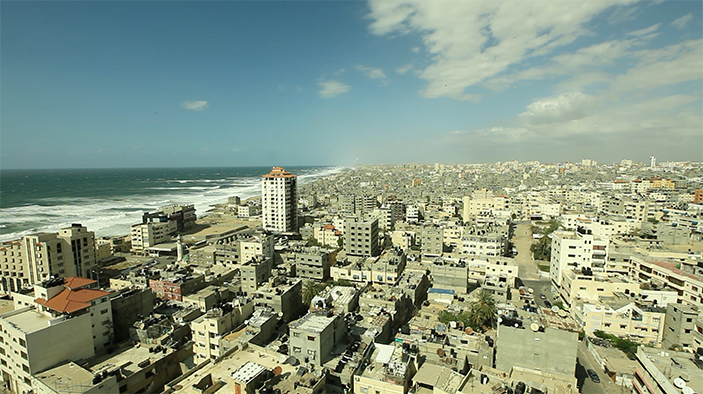 Bilal Ebaid, owner of Bilal Ebaid Carpentry, had his shop location completely destroyed. Ebaid received a matching grant of £20,603 (US$32,430) from PDMP, complementing his own funds, to repair and replace machinery. “With the PMDP assistance, I was able to take very fast steps toward returning back to full operations in two months,” Ebaid said. “Without the help, I would have needed at least six months to get back to partial operations.”

Today, Bilal Ebaid Carpentry is open and succeeding. He recently sold more than US$125,000 worth of furniture, and he received an additional US$125,000 in orders to deliver in the coming three months. He also hired four additional full-time employees and two part-timers.

Another firm that nearly went bankrupt and experienced a dramatic rebound is Askimo Amir Company, a manufacturer of ice cream and refreshments. Askimo Amir was forced to lay off 57 of its 67 employees after its factory was bombed, as sales dropped from $300,000 per month in the high season to zero. The company used a £25,000 grant (US$39,360) from PMDP and its matching contribution to replace damaged production lines. After three months, Askimo had increased production to 66 percent of peak, rehired 40 employees, and reached US$135,000 in monthly sales. 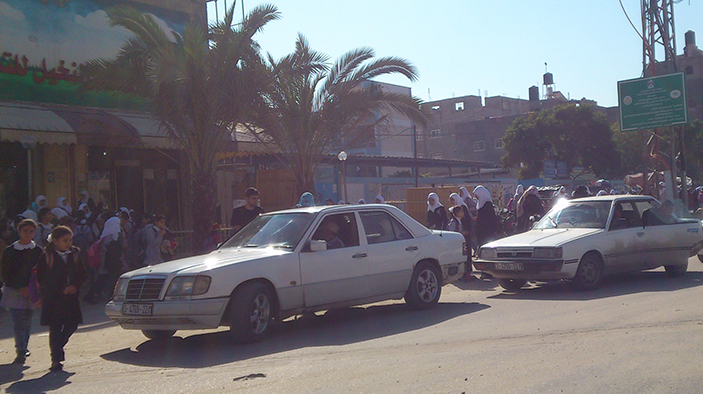 “I am hopeful that the situation will get better,” said Imad Wadyeh, the business’ owner. “I re-employed 40 of my original employees which makes me happy, knowing that all of their families have the basic needs in life.” The company recently opened a new shop in Gaza and hired five more employees.

In the wake of the bombing, furniture producer Al Kateba Al Khadra’s sales plummeted from $17,000 a month to nothing, and the owner was forced to lay off his 17 employees. PMDP’s matching grant of £12,896 (US$20,300) helped the firm buy a full production line and rent a workshop for six months, enabling the company to rehire six of its staff.

“PMDP not only provided me with assistance to get back to business, they supported me on the psychological level,” said owner Hisham Korhali. “After the war I was completely broken on all levels, but the programme staff and business advisor stood by me and provided all the support I need to get back on my feet.” Today, Al Kateba Al Khadra is back to full operation and secured a contract worth US$30,000 to produce 400 children’s beds for a furniture shop in West Bank; another contract for 1,000 beds is in the works. 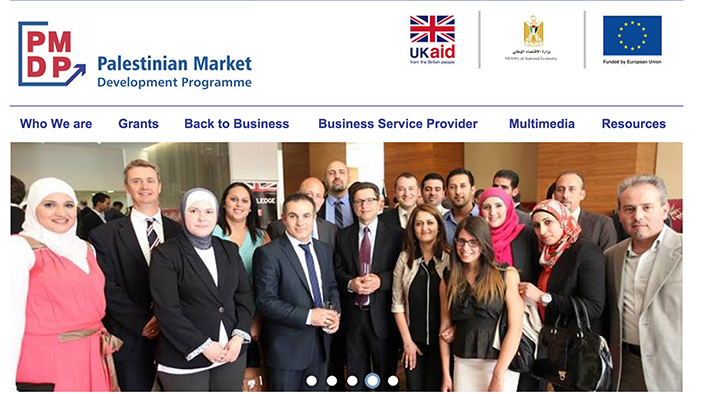 DAI’s work in Gaza in the wake of two recent conflicts (2008–2009 and 2014) draws on our experience in post-conflict settings dating to Bosnia in the 1990s. There, under work funded by the U.S. Agency for International Development, we helped bring businesses back into commission quickly with small loans or grants. Often, the needs were relatively simple, such as someone needing money to buy new tires to put an essential work vehicle back into operation.

Under contracts with the European Union and United Kingdom, DAI in 2009 helped get hundreds of businesses in Gaza back to work by means of fast-track rehabilitation services under the Facility for New Market Development programme.

The seven-week conflict in 2014 brought about $6 billion in damages in Gaza, according to Palestinian Authority estimates. This figure is more than double Gaza’s $2.9 billion annual GDP, as estimated by the World Bank and Palestinian Central Bureau of Statistics. Gaza’s GDP per capita is half of that in the West Bank, and its poverty and unemployment rates (both close to 40 percent) are roughly twice as high, with unemployment even higher among young people and women.

While PMDP plays a role in making sure battered enterprises can weather the short-term stress of conflict and remain viable as engines of commerce and employment, the larger picture is that Gaza’s economy remains constrained by recurrent conflict and ongoing restrictions on exports and imports. Its ability to recover will depend largely on reconnecting the West Bank and Gaza economies, and allowing more freedom of movement of people and goods. With these conditions in place, we can look forward to rebooting Gaza’s private sector and reviving economic growth.