Businesses in the West Bank and Gaza for decades have overcome political instability, regional violence, and economic blockades, maintaining a resilient focus on commerce.

In 2011, the U.S. Agency for International Development (USAID) launched the Compete project to assist key Palestinian business sectors to become more competitive in the region and beyond. Over the course of seven years, the Compete team assisted nearly 1,800 firms in areas such as business planning, access to finance, technology, and marketing. The project’s partner firms ranged from startups to established companies, and with Compete’s assistance they delivered striking results, including:

Made with Visme Infographic Maker

The improved competitiveness of Compete’s targeted sectors is due in part to:

Increased labor productivity, such as that achieved by the Bethlehem-based Founoun Arts of Carved Stone Company, where Compete’s assistance facilitated a $2.48 million investment in machinery, leading directly to $2 million in new sales and creation of 12 demand-driven jobs. (See below.)

Improved use of technology, including at Gaza’s Developers Plus software company, where a new solar-enabled network server enabled centralized operations around the clock, leading to $205,000 in new sales, $154,000 in exports, 30 new employees hired, and $61,000 in further investment.

Improved branding and marketing, which Burquin-based Canaan Fair Trade, a trader of high-end packaged agricultural products, leveraged to increase sales by $17.5 million and exports by $15 million, sparking $1.6 million in investment and leading to 36 jobs created.

A Critical Mass for Commerce

Most businesses in Palestine are family-owned small and medium-sized enterprises, not exposed to competition, constrained in the movement of people and goods, and operating in isolation from regional and global markets. For Palestine’s economy, this environment translates into uncertainty and increased investment risk, greatly limiting many firms.

Compete’s robust communications activity strategy successfully informed businesspeople throughout Palestine of the project’s offerings. One result was that 5,000 businesses applied for Compete assistance, and only the top 30 percent of applications were approved. Compete’s strict cost-share requirements and strong filtering process surfaced firms that were serious and dynamic. This nurtured a critical mass of influential businesspersons. For example, agriculture remains a dominant and growing sector, acting as a buffer by absorbing workers displaced in Israel or locally. Given its climate, the West Bank is able to farm most of the food needed domestically while generating significant exports. Compete assisted more than 1,100 farmers and agribusinesses, resulting in 4,452 jobs created, new development of 2,890 hectares, $250 million in new sales, $170 million in new exports, and $54 million in investment. 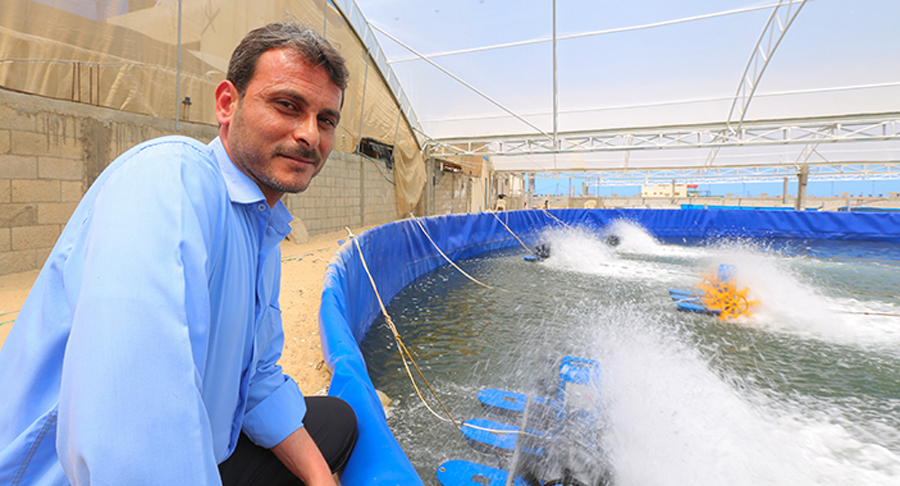 Powering Gaza’s Fish Sector: Gaza’s fish farming sector lacked the consistent electricity needed to grow fish and locally produced fingerlings. The project supported four fish farms in Gaza to obtain solar power and ensure a reliable energy supply crucial to the needs of these sensitive operations. To ensure a supply of local fingerlings—versus imported—Compete supported the creation of two hatchling lab farms, where 400,000 fingerlings are produced annually. Gaza’s fish sector generated $7.5 million in new sales and $800,000 in exports, creating 39 jobs and leveraging $2 million in investment. These interventions were particularly cost-effective: for example, $13 in new sales were generated for every $1 invested in Compete assistance. 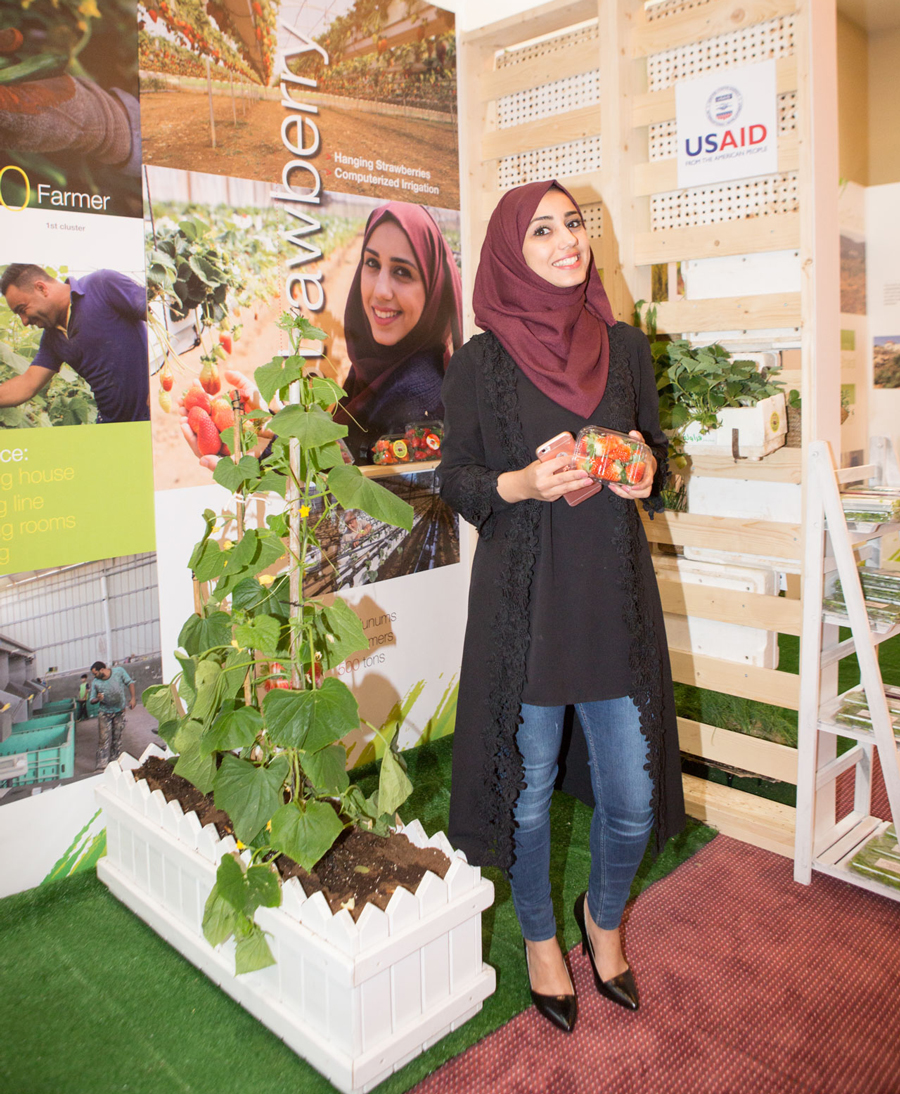 1. Market-driven workforce development is cost-effective and sustainable. Compete created more than 6,900 jobs without subsidizing employment. Instead, jobs were created from labor supply and demand responding to market forces, as Compete prioritized assistance that helped firms and farms increase sales and market share, in turn creating market-driven and sustainable jobs.

2. Leverage the market to reform policy. Compete succeeded best when leveraging the market and its private-sector influencers to change policy. For example, by engaging Israeli buyers of baby cucumbers, Compete succeeded in getting the Jalameh checkpoint to extend its hours and streamline its operations, enabling the product to be transported from the West Bank to Israel fresh and on time.

3. Operating apolitically boosts the likelihood of success. In Palestine, political pressures can be intense—from the Israeli government, the Palestinian Authority, and the U.S. Government itself. But Compete selected its beneficiary firms independent of USAID, and while the Palestinian Authority was kept abreast of project activities, it was not asked for approval. This allowed market and economic forces to guide activities free of political bias or distortion.

5. A businesslike approach pays dividends. When assessing a new technology, product, or market, Compete calculated the return on investment by means of a pilot project. Armed with actual costs and revenues, it used similar metrics to screen applications for assistance. Sector managers traveled to applicants to verify information—each application was rigorously appraised by an unbiased committee of Compete team members. 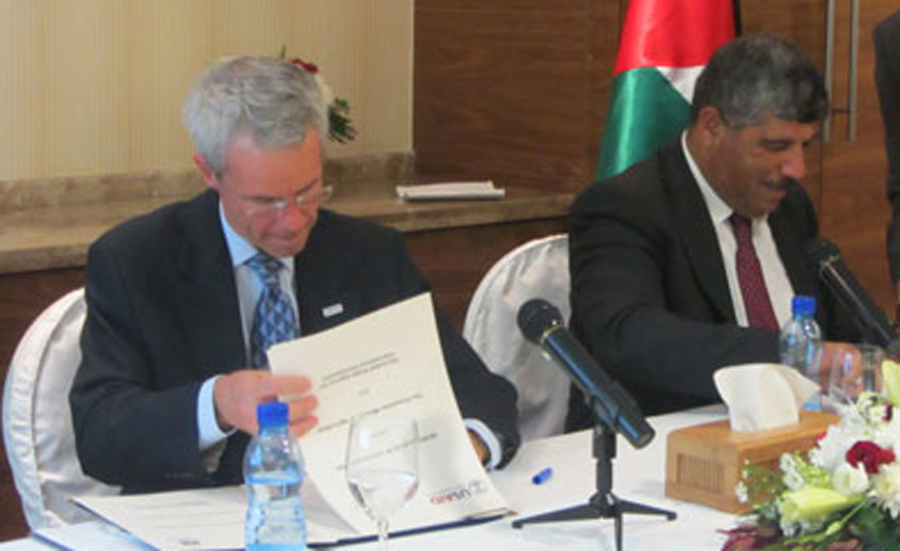 Signing a Memorandum of Understanding with the Ministry of Agriculture of the Palestinian Authority. Photo: USAID Palestine Compete.

6. Coordinate with relevant ministries. From the start, Compete coordinated with the ministries of agriculture, ICT, tourism, and others. For example, Compete and the Ministry of Agriculture (MoA) developed and signed a memorandum of understanding aligning Compete’s interventions with MoA strategy. The MoA was assigned a Compete point of contact, and the MoA field extension agronomist often joined the Compete team when visiting farmers, leading to broad buy-in and enhanced credibility.

7. Robust outreach and easy-to-understand requirements can create a critical mass of partners. As noted earlier, Compete succeeded in attracting 5,000-plus applicants from businesses throughout Palestine, and the 1,800 who became our partner firms literally meant business—financially committed, possessing the dynamism and willingness to compete. Through strong participation and interactions with project staff, partner firms demonstrated seriousness about adopting new ideas and innovations, adhering to the requirements and standards of new buyers and markets, and improving efficiency—by improving capital flows, developing labor flow, and adopting and transferring new technologies and know-how. Over time, Compete raised expectations of its applicants, including for cost-share percentage, investment, and application quality. Generating such strong interest was facilitated by effective and maintained communication. 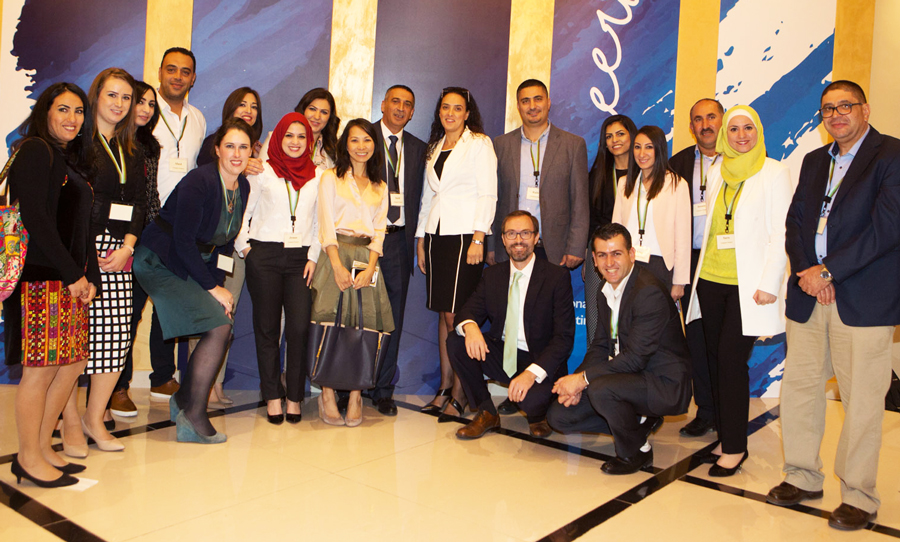 10. Continue working in Gaza. The Gazan economy has operated against the backdrop of an Israeli land and sea blockade for 11 years. Businesses endure shortages of electricity and water. Traveling or trading across the blockade, and the entry and exit of goods—including exports by Gazan firms and imports of machinery, parts, and other inputs—remain a challenge. Yet economic growth assistance in Gaza produces positive development impacts, such as increased employment and incomes, and could in the future as well.