The economies of Eastern Europe have grown in recent decades largely on the backs of heavy industry, mechanisation, and agriculture. In many countries, this has led to significant greenhouse gas emissions, a reliance on inefficient technologies, and a policy environment that did not support green growth. As part of their commitments to global climate change agreements, signatory countries pledged to reduce emissions. After committing to cleaner ways, however, these countries faced a common challenge: where to start?

Each of the six countries of the European Union’s Eastern Partnership now has a plan. Under Clima East, a 4½-year programme funded by the European Commission and implemented by DAI, the countries—Armenia, Azerbaijan, Belarus, Georgia, Moldova, and Ukraine—assessed how to best reduce emissions and adapt their industries, agriculture, and households to climate change.

As luck would have it, this planning was well timed. Clima East originally launched in 2012 to continue support of the Kyoto climate agreements from 15 years earlier. But the Clima East team pivoted when the United Nations Framework Convention on Climate Change (UNFCCC) announced that participants of the 2016 Paris Conference would need to draft and submit, in advance, their Intended Nationally Determined Contributions (INDCs). The team was well placed to support the development of these INDCs and ensure they were technically sound and suitably ambitious. 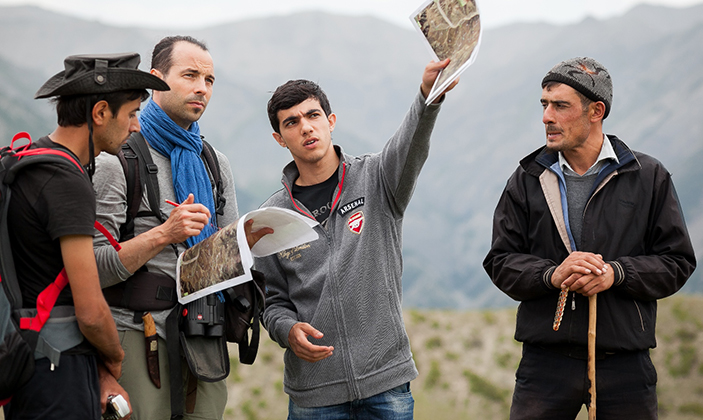 As a result, the Eastern Partnership nations are prepared to address and, over time, meet their Paris commitments to consume less energy, reduce emissions, and increase use of energy from renewable sources. They are also prepared to put strategies in place to support adaptation to a changing climate across a range of core economic sectors.

Clima East’s holistic approach to supporting these partner nations produced an array of results for each country. Some examples:

Europe and its eastern neighbors are increasingly affected by rising global temperatures related to climate change. The World Bank, for example, forecasts fluctuations in crop growing conditions by 2050 that will be especially difficult for small, poorer farms in the region to address. More frequent, more severe floods, droughts, and heatwaves are expected to affect industry, agriculture, and, ultimately, public health.

Eastern Partnership nations acknowledged their increasing emissions of greenhouse gases in signing the Paris Agreement and resolved to significantly reduce their own emissions from 2020 forward. Before they signed the agreement, Clima East assisted Eastern Partnership countries in developing their INDCs. Equipped with these feasible goals, policy makers set out to develop plans on where and how their country could cut emissions, but the region’s climate scientists and lawmakers lacked the data and analytical tools needed to create accurate models of how to meet their commitments.

The Clima East team and their ministerial counterparts analyzed leading emitters of greenhouse gases and identified ways to reduce emissions in sectors such as energy, agriculture, forestry, transport, waste, construction, and manufacturing. In Azerbaijan, for example, the counterparts achieved consensus on projections and created scenarios covering industrial processes, urban planning, and reforestation of degraded land. As a result, the government of Azerbaijan was able to submit its INDC ahead of Paris and set a target to reduce greenhouse gas emissions by 65 percent from the country’s 1990 level.

Similarly, policy makers in Belarus identified the need for specialized advice, and with Clima East’s assistance they were able to examine data and create a model that revealed untapped options for reducing greenhouse gases. With these new insights, Belarus increased its INDC emission-reduction goal from 25 percent to 28 percent of 1990 levels. 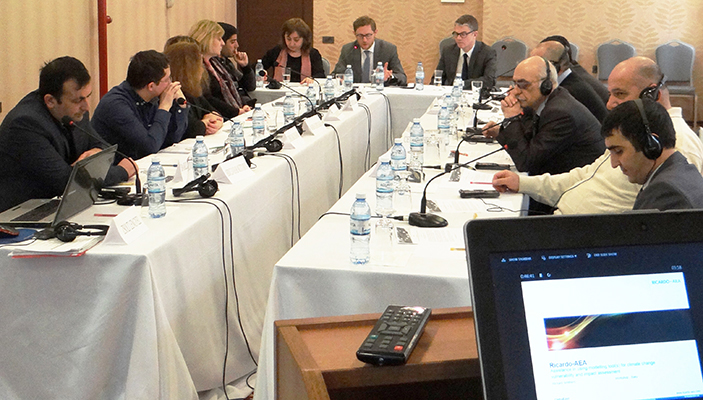 Using Data to Plan for Change

Major long-term changes in temperatures and rainfall will affect which crops and varieties grow best and where. Clima East experts worked with local counterparts to assess and adapt to the impacts of climate change on their country’s agriculture sectors. These climate-smart agriculture approaches adapt farming and markets to anticipated changes. If ministries can better understand and plan for the implementation of climate-smart policies, farmers and others associated with agriculture value chains—including consumers—will benefit from increased security in food and livelihoods.

The Clima East team knew that training specialists from partner countries was critical to promoting the long-term use of climate data in guiding policy. Clima East conducted regional events where climate specialists shared challenges and solutions in preparing their countries’ INDCs. These specialists also traveled to Germany and Poland to learn how these countries operate effective measuring and reporting mechanisms to track emissions.

Clima East supported specialists across the region to create complex emissions models and forecast impacts. For example, a 2014 workshop convened specialists from the six partner countries to train on an emissions modelling tool called Long-Range Energy Alternatives Planning. Participants received national data starter packs to begin emission assessments, which some countries immediately put to use in developing their INDCs. 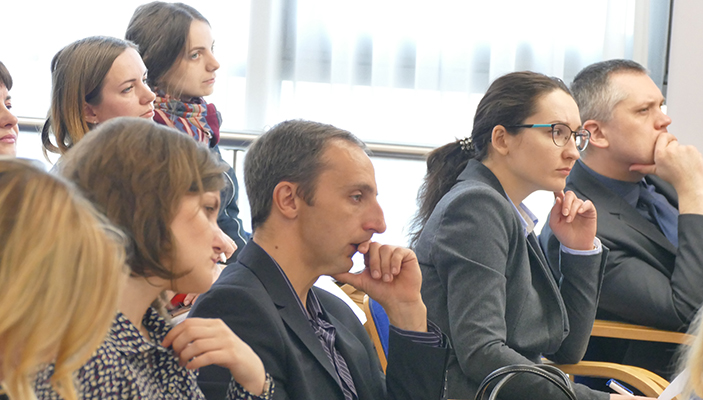 This programme is readily replicable to other countries and regions. One hundred and sixty countries have ratified the Paris Agreement and another 35 are in the process of doing so. Clima East has shown that if their policy makers and climate specialists are brought together and equipped with the right tools and information, they, too, can work out a path toward green growth.