Unmanned aerial vehicles (UAVs) capture images faster, cheaper, and at a far higher resolution than satellite imagery. And as John DeRiggi speculates in “Drones for Development?” these attributes will likely lead to a host of applications in development work. In the humanitarian field that future is already upon us—so we need to take a rights-based approach to advance the discussion, improve coordination of UAV flights, and to promote regulation that will ensure safety while supporting innovation. 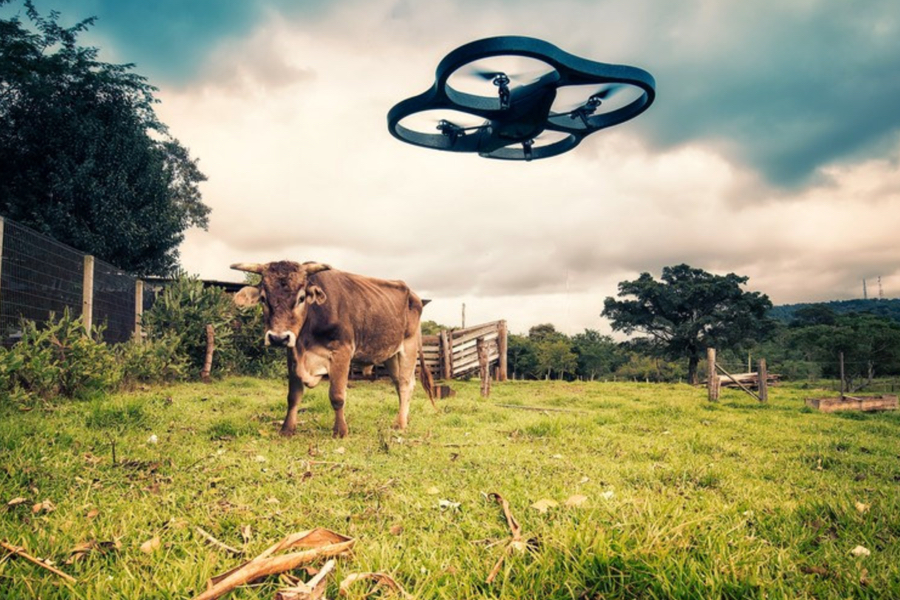 It was the unprecedentedly widespread use of civilian UAVs following typhoon Haiyan in the Philippines that opened my eyes to UAV use in post-disaster settings. I was in Manila to support the United Nations’ digital humanitarian efforts and came across new UAV projects every other day.

One team was flying rotary-wing UAVs to search for survivors among vast fields of debris that were otherwise inaccessible. Another flew fixed-wing UAVs around Tacloban to assess damage and produce high-quality digital maps. Months later, UAVs are still being used to support recovery and preparedness efforts. One group is working with local mayors to identify which communities are being overlooked in the reconstruction.

Humanitarian UAVs are hardly new. As far back as 2007, the World Food Program teamed up with the University of Torino to build humanitarian UAVs. But today UAVs are much cheaper, safer, and easier to fly. This means more people own personal UAVs. The distinguishing feature between these small UAVs and traditional remote control airplanes or helicopters is that they are intelligent. Most can be programmed to fly and land autonomously at designated locations. Newer UAVs also have on-board, flight-stabilization features that automatically adapt to changing winds, automated collision avoidance systems, and standard fail-safe mechanisms.

While I was surprised by the surge in UAV projects in the Philippines, I was troubled that none of these teams were aware of each other and that most were apparently not sharing their imagery with local communities. What happens when even more UAV teams show up following future disasters? Will they be accompanied by droves of drone journalists and “disaster tourists” equipped with personal UAVs? Will we see thousands of aerial disaster pictures and videos uploaded to social media rather than in the hands of local communities? What are the privacy implications? And what about empowering local communities to deploy their own UAVs?

There were many questions but few answers. So I launched the humanitarian UAV network (UAViators) to bridge the worlds of humanitarian professionals and UAV experts to address these questions. Our first priority was to draft a code of conduct for the use of UAVs in humanitarian settings to hold ourselves accountable while educating new UAV pilots before serious mistakes are made.

In addition to ethical challenges, UAV imagery is about to become a “Big Data” problem. How are we going to make sense of all the aerial imagery and video footage produced—by professionals and amateurs alike—during future disasters? Some members of the UAViators Advisory Board are already exploring how to manage this impending challenge. The humanitarian OpenStreetMap team, for example, has a proven crowdsourcing platform that enables digital volunteers to create high-resolution digital maps from both satellite and aerial imagery. In fact, humanitarian OpenStreetMap volunteers recently used aerial imagery captured by a local Filipino company to create the most detailed and up-to-date digital map of downtown Tacloban, one of the cities hardest hit by typhoon Haiyan.

In addition, my team at the Qatar Computing Research Institute (QCRI) is collaborating a Filipino UAV start-up on a disaster simulation exercise to determine just how much imagery we’re able to analyze using MicroMappers, a crowdsourcing platform that digital volunteers use to support humanitarian organizations during disasters.

Timely, high-resolution imagery is just one use case for UAVs in humanitarian settings. Colleagues of mine are developing a novel, medium-distance UAV to deliver small medical payloads to community health workers in India and Zambia. Meanwhile, both Facebook and Google are betting hundreds of millions of dollars by acquiring UAV companies that they hope will provide internet connectivity to the most rural corners of the earth.

As with any promising technology, however, regulation lags behind innovation in the UAV space. But the growing concern among UAV experts is that regulators will over-compensate. A case in point is the U.S. Federal Aviation Authority’s recent decision to prevent a UAV search-and-rescue nonprofit from continuing its important work. While some regulation is absolutely and urgently needed, lawmakers in Europe, America, and elsewhere need to ensure that their new regulations do not run counter to the humanitarian imperative—to save lives and reduce suffering. The humanitarian UAV network will remain engaged in these policy conversations to promote enlightened leadership on what is already a game-changer for disaster response.