Tanzania’s population of 60 million is projected to double by 2050. As with many low-income countries, Tanzania’s livelihoods and food supply largely depend on livestock and rain-fed agriculture and fisheries. The climate supporting these conditions is projected to change through the 2050s with warmer temperatures, longer droughts and heat waves, and increased frequency and intensity of heavy rainfall events.

The Tanzanian government in 2013 launched a safety-net program to assist 1.1 million extremely poor households—almost 15 percent of the population—by providing cash transfers and other forms of social protection. The program is being co-funded by the World Bank and aims to reduce extreme poverty and enable the very poor to improve their lives, such as by enabling their children to attend school. Reviews indicate that the safety net performs well and its benefits provide meaningful assistance.

But will investments in safety nets increase the resilience of beneficiaries in countries where livelihoods hinge on climate change? DAI was hired to analyze Tanzania’s Productive Social Safety Net to determine whether the program is increasing climate resilience among the poorest people. The answer was no … at least not directly.

However, in countries where livelihoods are highly exposed and sensitive to climatic shocks, the analysis provided instructive takeaways for future safety-net programs. 1. Who is most harmed by climate change?

The impacts of climate change may lead some to assume that the poorest will always be the most adversely affected. After all, the poorest people often live rural or pastoral lives, their livelihoods largely climate dependent.

But droughts, floods, and other disasters linked to climate change will most directly affect people who hold vulnerable assets—such as small farms or livestock—which distinguishes them from those without assets who directly benefit from safety nets.

The poorest may suffer indirectly through increased local food prices due to climate-related events, as they are unlikely to have sufficient income to pay more for food. For example, rural beneficiaries of Tanzania’s safety-net program already spend up to 91 percent of their income on food. The poorest may also be indirectly affected because they often rely on climate-vulnerable neighbors for work or assistance. 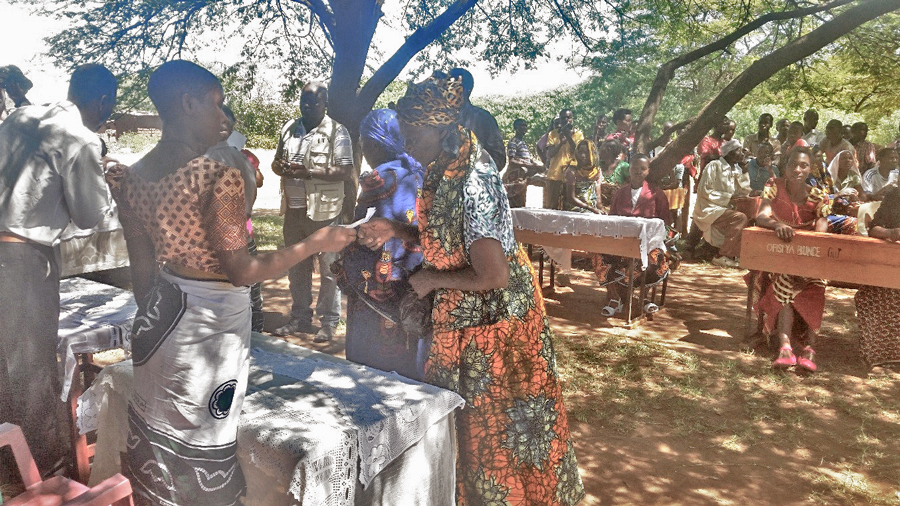 Safety-net programs that target only the poorest people—and not those who own assets—have limited ability to improve climate resilience. To address the impact of climate change, programs such as Tanzania’s would need to include households that own assets such as land and livestock but could not afford to rebuild following disaster or afford resilience-enhancing measures such as drought-resistant crops, irrigation, or infrastructure.

These potential beneficiaries may not require year-round support but only in the lead-up to, during, and/or immediately after disasters to minimize or eliminate disruption. Developing this type of shock-responsive social protection requires significant up-front and long-term investment. For example, the expansion of Kenya’s Hunger Safety Net Programme—including for emergency cash transfers—has been ongoing for 10 years in its design and transition to government management. Countries wishing to expand social protections against climate change should anticipate needing to register beneficiaries beyond typical recipients, establish and maintain early climate-warning systems, and agree upon payment triggers.

Many social protection programs, including Tanzania’s, include a labour-intensive public works or “cash-for-work” component. These programs offer paid work—particularly during months when little agricultural work is available—such as clearing drainage, building resilience-enhancing infrastructure such as earthen dams for irrigation and livestock, or planting mangroves to mitigate coastal erosion.

Governments and donors often assume these infrastructure projects are a “win-win” for the poor, providing paid work to build a community asset. But once again, the poorest gain little when public works such as dams primarily benefit those who own livestock or farmland. For example, our Tanzania research found that water from dams built through public works—while good for irrigation and livestock—was unsuitable for human consumption, requiring the poorest to continue to walk long distances for safe drinking water.

Predictable, reliable safety-net support can help the world’s poorest people endure times of hardship and enable them to work or gain access to vocational training and their children to attend school. But to increase the resilience of subsistence and low-income farmers—those most vulnerable to climate change—safety nets should be prepared to safeguard their limited assets.

To learn more about this project and DAI’s analysis, please contact Ric Goodman.