Communities in Guatemala’s Western Highlands have struggled for decades under persistent exclusion. This exclusion has limited local governments’ capacity to serve residents and caused over-reliance on central government funds. Many of this region’s 2.3 million residents have lacked for food security and public services such as water and sanitation, schools, and citizen safety. These and other conditions have exacerbated the main drivers that influence migration to the United States: namely, poverty and insecurity. In 2018, more than 60,000 migrants were returned to Guatemala, many to the Western Highlands. 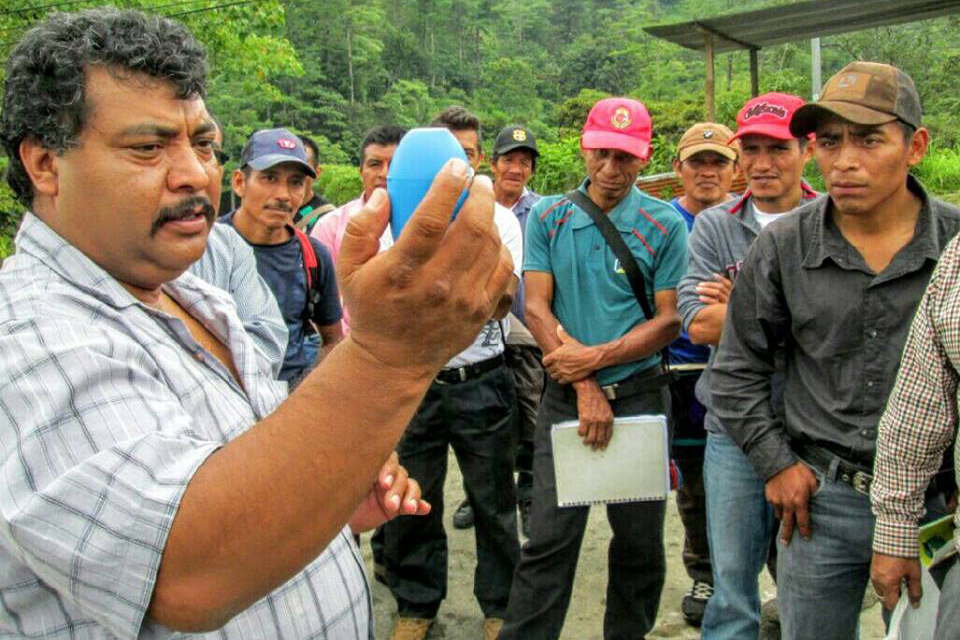 By boosting their incomes, municipalities in the Western Highlands are improving their ability to provide public services and allocate resources that meet citizen needs. During Year 4 of Nexos Locales, 37 of the project’s 44 partner municipalities increased their own-source revenue by an average of 53 percent by collecting taxes and fees more fairly and efficiently while reducing arrears.

Nexos Locales assisted these locales by:

Partner municipalities have increased revenues by an average of 1,062,136 Guatemalan quetzal (US$139,754) thanks to their improved fiscal practices. 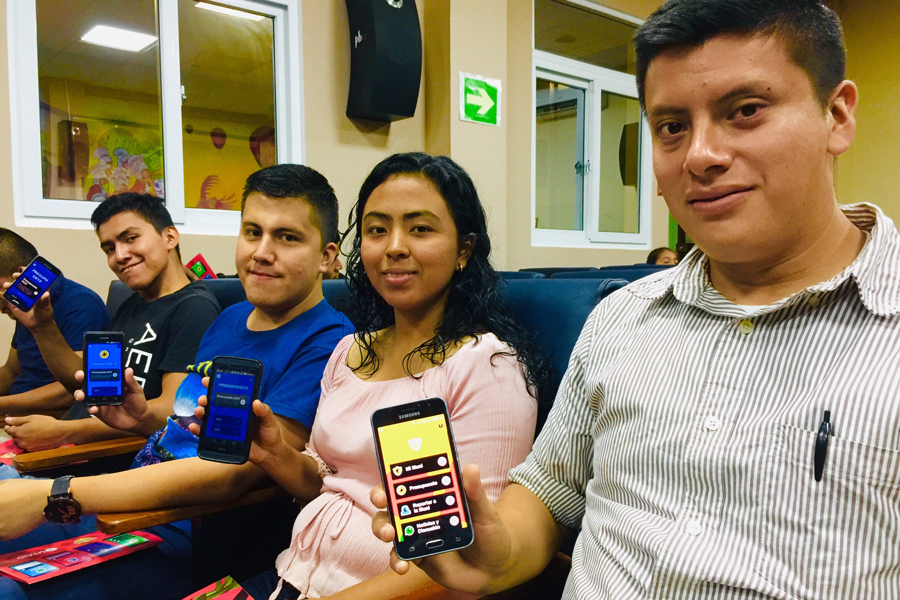 Residents and the municipal government of Chiantla, located in the department of Huehuetenango, population 93,000, expressed a desire to increase transparency and communication over local issues. To do so, Nexos Locales collaborated with citizen groups and officials to develop and launch the #SomosChiantla (“we are Chiantla”) mobile app. The easy-to-use app enables residents with smartphones to follow the budget and interact more easily with city officials and departments.

By using the free app, Chiantla residents may:

The municipality refreshes #SomosChiantla daily with updated figures and information.

“What the app does is make clear that there is civic responsibility on both ends,” said Mayor Carlos Alvarado Figueroa, whose city earned national honors for this work. “There is responsibility on the part of the municipality to be careful with expenditures, and on the part of citizens to contribute both financially and with attention to decision-making around those expenditures.”

More than 1,700 Chiantla residents have downloaded the app, and e-dialogue is picking up concerning the city’s finances and services. Nexos Locales has since replicated and launched the app in two more municipalities—San Rafael Pie De La Cuesta (pop. 15,000) and Sacapulas (pop. 12,000)—each with municipal governments committed to increasing transparency. These three municipalities demonstrate that by using 21st-century smartphone technology, citizens can increase their understanding of the budget and public spending.

The #SomosChiantla template has proven easily transferable to other municipalities—in fact, DAI’s Center for Digital Acceleration is replicating the app’s human-centered design process in Afghanistan’s major cities. The USAID-funded Strong Hubs for Afghan Hope and Resilience project is undertaking the Afghan work. 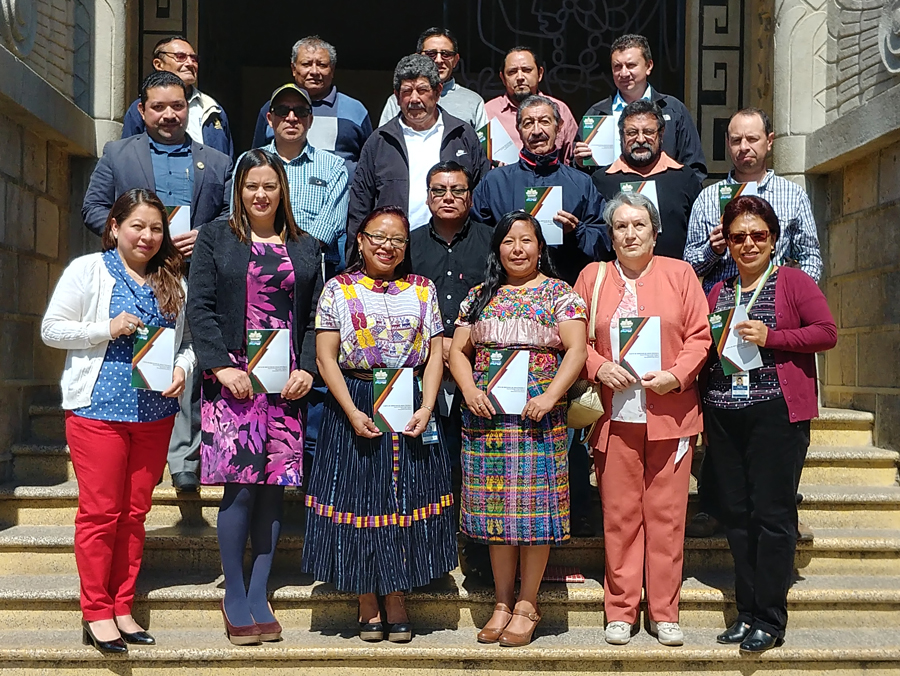 Nexos Locales is helping municipalities to craft Citizen Charters—agreements between residents and their municipal government on the standards expected of each to ensure adequate service provision:

In San Marcos, a working group of civil society, business, municipal, and water/sanitation officials soft-launched a Citizen Charter on water service provision. The Charter records agreements between the municipality and citizens—including 8,000 registered water customers—on quality standards and the responsibilities of each party.

In La Libertad, the Municipal Council formalized responsibilities in solid waste collection. The Charter is expected to launch later this year, but many customers are already upholding their end of the deal. Thanks to identifying delinquent users and more proactive billing measures, fee collections amounted to Q11,940 (US$1,613) in the first quarter of 2019 compared with Q4,410 (US$595) in Q1 of 2018, a year-over-year increase of 271 percent.

In Barillas, Nexos Locales used GPS to analyze and map the urban water system’s critical points, which alerted officials to inequitable water distribution in the urban center. The mayor viewed this inequity as a key opportunity to improve service prior to officially rolling out the Citizen Charter with updated regulations following local elections. 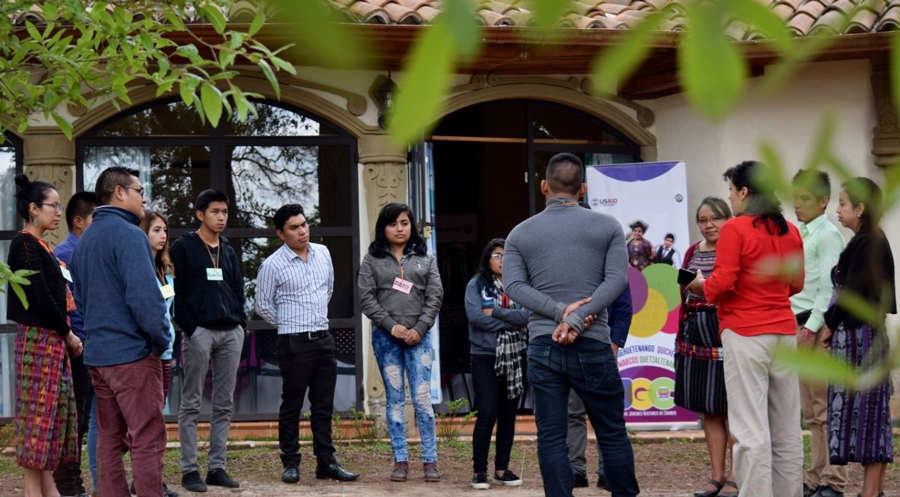 In assisting its partner municipalities, Nexos Locales developed 24 good governance tools that are free to use for city halls, development councils, technical and administrative units, and civil society organizations across Guatemala. These tools include practical primers for:

Nexos Locales is partnering with ANAM, the Finance Ministry, and the Municipal Administrative Financial Assistance Directorate to expand the use of this municipal toolbox, which is available online.

By aiming to connect project-made tools with nearly 300 municipalities outside of Nexos Locales’ coverage, the project is multiplying USAID’s investment. 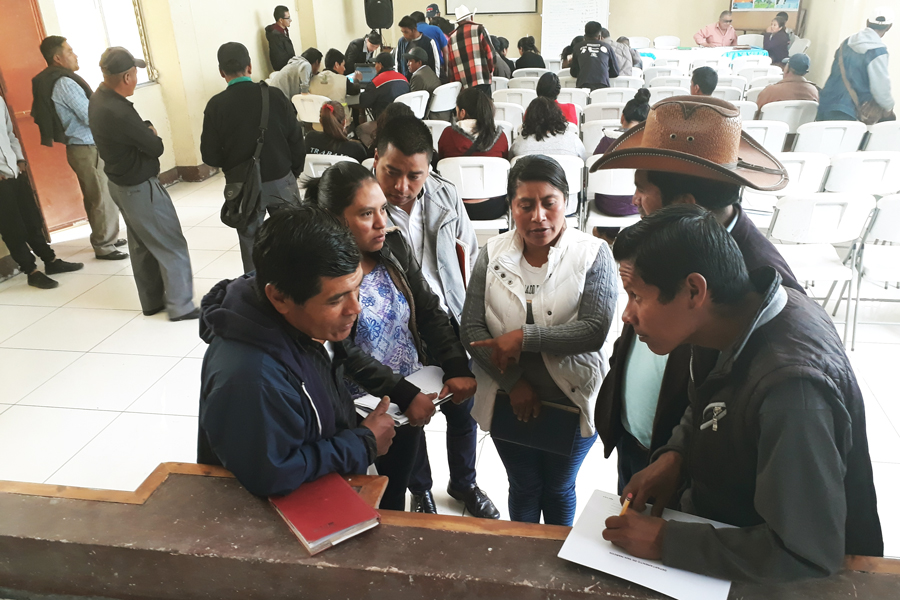 With five years of project implementation completed and three to go, Nexos Locales is focused on ensuring the sustainability of its programming. The project team is emphasizing its advocacy for a Municipal Career Service Law, which would establish a career track for municipal employees and reduce staff turnover after elections. The law will help secure Nexos Locales’ investment in municipal training and eliminate the hiring of unqualified staff, which in turn will improve efficiency in each city hall and service provision for citizens.

To continue building human capacity, the project is developing online videos and tutorials through a grant to ANAM. These videos will be available to all 340 municipalities and provide valuable information for municipal employees, civil society, and public officials on key topics related to effective governance.

Nexos Locales is also ensuring its long-term investment in the region by connecting municipalities with key central government entities to guarantee that local officials know how to leverage their positions to receive technical support from corresponding agencies, ministries, and institutions.

By presenting innovative solutions to complex problems, Nexos Locales’ work in 44 municipalities in the Western Highlands of Guatemala is transforming how local officials govern, enabling them to provide their constituencies with improved services and an increased sense of self-reliance.