Nigeria is well known for its glaring inequalities, particularly the disparity between the impoverished northern states and its oil-rich south. This disparity covers more than just wealth and economic growth, as large segments of the country’s 185 million people want for simple stability and basic public services. But just as Nigeria’s economy is powered by more than oil, so the country’s inequities stem from more than just the so-called “resource curse.”

While Nigeria’s oil industry is the largest in Africa, in 2016 it represented only 8.4 percent of the country’s overall gross domestic product (GDP). Non-oil exports have continued to rise, with total exports increasing by 73.5 percent in the second quarter of 2017 year-over-year, according to Nigeria’s National Bureau of Statistics, driven largely by economic diversification efforts focusing on agricultural goods. A 2011 Citigroup report suggests Nigeria will achieve the highest average growth in GDP in the world between 2010 and 2050, and Nigeria already has the largest economy in Africa—surpassing South Africa in 2014. We would do Nigeria a disservice to pigeonhole it as resource-cursed.

However, economic growth alone is not working for most Nigerians. In 2016, the National Bureau of Statistics reported that Nigeria’s poverty rate was 67.1 percent, making it one of the poorest—and economically unequal—countries in the world. But this can be fixed, not by natural resources alone but by human resources in the service of good government. 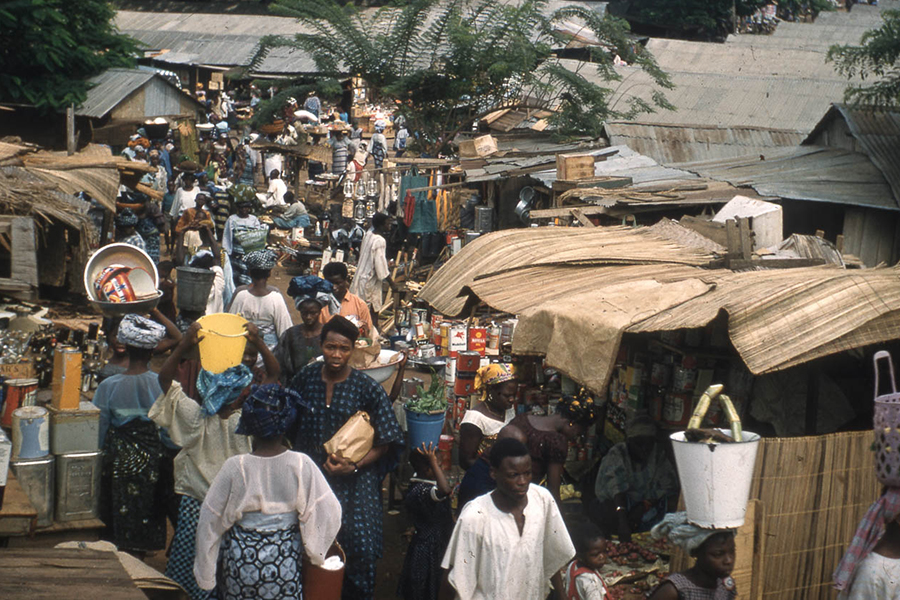 In the development space, Nigerians are often faulted for poor implementation of good plans. In truth, many of those plans are written with lofty ambitions but little consideration for the country’s prevailing institutional, political economy, and human resource constraints. This factor renders many plans virtually undeliverable before they leave the consultant’s desk.

Nigerians are no more incapable of project implementation than any other nationality. They effectively implement communal self-help and religious projects on time, at the agreed cost, and with the requisite quality, often without issues of corruption, embezzlement, or diversion of funds. However, when it comes to implementing government projects, the same commitment, transparency, and unity of purpose are too often absent.

Why should that be the case? As far back as the 1970s, Nigerian academic Peter Ekeh described what he calls two publics in the minds of the post-colonial African citizen, even among the more privileged classes: a “primordial public,” which exists at the communal level and to which Africans are generally loyal; and a “civic public” representing Western-style government, to which most Africans have no such intuitive loyalty, and from which they will accordingly seek to extract whatever might support themselves. Whatever its merits, this framework certainly accords with Nigeria’s record of unfulfilled government projects, public sector corruption, and high degree of nepotism.

Expressing this point of view in the development lexicon of the 21st century, we would probably say that development plans failing to take account of the local political economy are dead on arrival—they have virtually no chance of being implemented.

As development professionals working in Nigeria, we must improve the quality of planning between Nigeria’s public and private sectors. But to do that we must acknowledge that a realistic plan—whether for tax reform, domestic resource mobilization, transparency and accountability, or other areas—needs to understand local political economies and work to optimize the capacity of local institutions and their staffs. Plans for public-sector reforms should identify ways to quickly gain stakeholder buy-in and account for risks to successful implementation at the communal level. 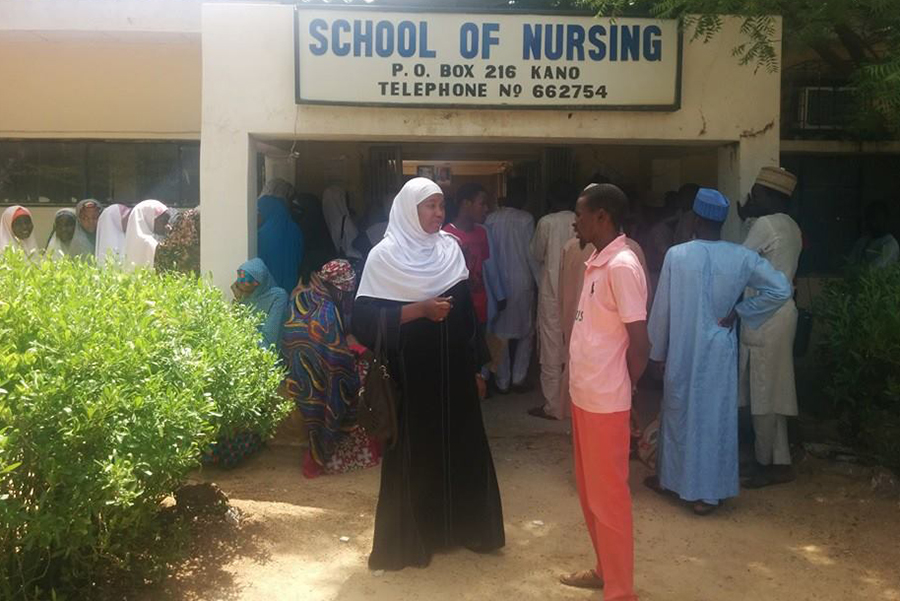 Nigeria has made good progress in putting into place rules-based public financial management systems that accord with international standards. The country’s Public Procurement Act of 2007 follows a template of the International Monetary Fund, the National Chart of Accounts meets international requirements, and the national accounting system is designed to conform with International Public Sector Accounting Standards.

However, budgeting across the country remains uneven, despite the 2016 adoption by the federal government of a zero-based budgeting system. Auditing and financial reporting throughout Nigeria also leave much room for improvement. Notable here is the interplay between rules-based financial management systems and institutional factors that are often informal and not rules-based. Failure to understand this conflict—another manifestation of the friction between Nigeria’s primordial and civic publics—will lead only to more rules-based efforts that deliver little discernible change.

Encouragingly, we know that reform is possible: for example, a number of African countries—including Nigeria at the state level—have improved their public financial management and domestic resource mobilization performance, thanks in part to effective development assistance. In January 2018, DAI acquired Lagos-based GRID Consulting, a longtime partner of DAI’s that specializes in financial advisory services, human resource management, and development program implementation. GRID’s combination of local acumen, demonstrated integrity, and financial expertise will be an essential ingredient of our commitment to provide effective assistance in public finance and other aspects of Nigeria’s development challenge. 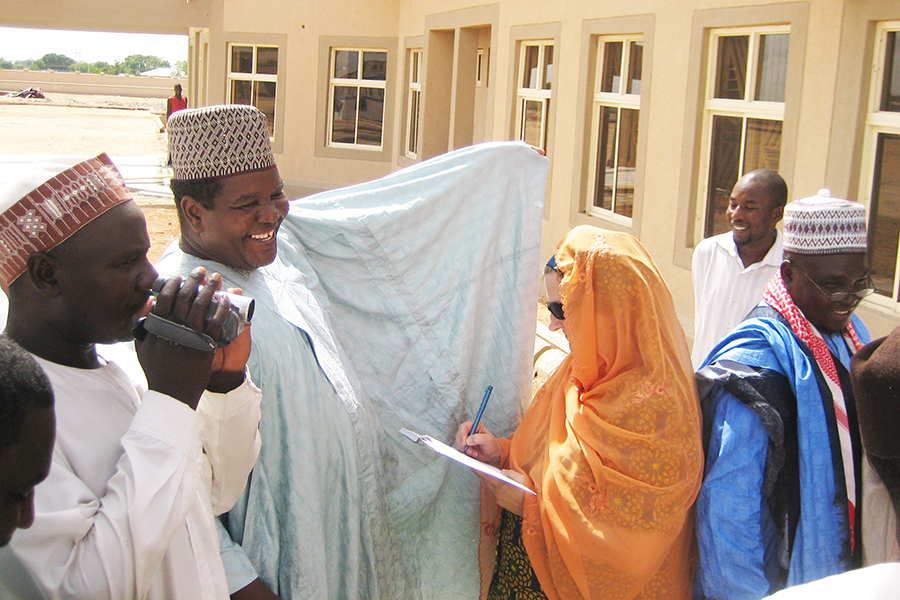 In Nigeria, it is critical to differentiate between individual capability and institutional capacity. In virtually every sector or industry in Nigeria—both public and private—one finds capable Nigerians. Yet, too often, donor-supported development efforts focus on developing the capabilities of Nigerians as opposed to unleashing their collective capacity. The distinction is subtle but important. Capable Nigerians are individuals, while capable Nigerians acting in concert can dramatically improve an institution’s ability to deliver results. In other words, capacity development may involve developing the skills of individuals, but should do so in the context of improving institutional capacity. In practice, this means we should complement formal education with skills such as negotiating and managing contracts, developing public-private partnerships, optimizing organizational performance, and managing programs. In this way, we can unleash the institutional capacity of capable Nigerians.

Perhaps the most effective way to unlock institutional capacity is through on-the-job training: providing coaching, mentoring, and skills development within institutions, as opposed to within classrooms—with a focus on the skills people need for their next job in the institution, not the one they currently hold. Too often, individuals are mired in positions where they are unable to increase their contribution to the capacity of the institution over time.

We know this approach works in Nigeria. For example, the State Partnership for Accountability, Responsiveness, and Capability (SPARC), funded by the U.K. Department for International Development, carefully and progressively aligned Nigerian capability to institutional capacity needs. SPARC itself was able to move from a composition of approximately 70 percent foreign consultants and 30 percent Nigerian consultants in 2008 to the reverse composition by program’s end in 2016. “SPARC has strengthened core State Government business processes,” according to the project’s final evaluation. By 2016, the Nigerian-led SPARC team supported 10 State Development Plans and had helped state governments collect an additional GBP600 million (equivalent) to support public services by improving domestic revenue mobilization—reclaiming funds from dormant bank accounts, reducing procurement costs, and recovering outstanding debts.

Clearly, there were capable Nigerians available, but those capabilities needed to be developed, tailored, and aggregated to unlock the full capacity of SPARC and its government partners. 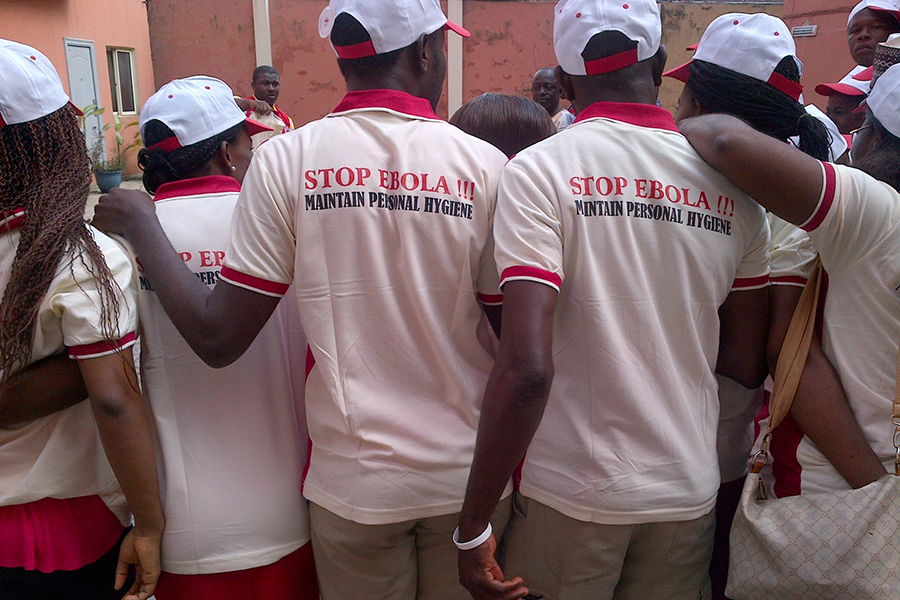 Nigeria’s oil industry and related wealth might be concentrated in the south, but its entrepreneurial and business energy is more widespread. Likewise, public servants throughout the country have shown they possess the collective capacity and potential to reform public finance, plan strategically, and raise and mobilize revenues for the public good.

Under SPARC, the northern state of Kano mobilized GBP14 million more revenue from 2012 to 2014, an 11 percent increase; the resulting expenditures benefited health, education, and other services. In the northwest state of Niger, budget variance for expenditures decreased from 50 percent in 2011 (budget vs. actual) to 15 percent in 2013, enabling improved planning. As noted above, these and other gains were achieved largely thanks to Nigerian consultants and their local counterparts.

To strengthen the three legs of the governance stool—strategic planning, institutional capacity, and financial management—we must identify, support, and empower those Nigerian champions in both the public and private sectors who seek to align traditional loyalties with civic reforms in ways that broaden and deepen the country’s economic successes to benefit all Nigerians. These champions are there—in business, government, schools, and communities. They are many.