While the full implications of global climate change on rainfall and the world’s water supply are still largely speculative, the day that demand for water outstrips supply has already arrived in Morocco.

The North African country registers an annual water deficit of about 2 billion cubic meters. If current population growth is maintained and water-use practices remain unchanged, the deficit is expected to reach 5 billion cubic meters by 2030. Through the U.S. Agency for International Development (USAID), the Morocco Economic Competiveness (MEC) Project was set up to help the Kingdom optimize water use in the agriculture sector. 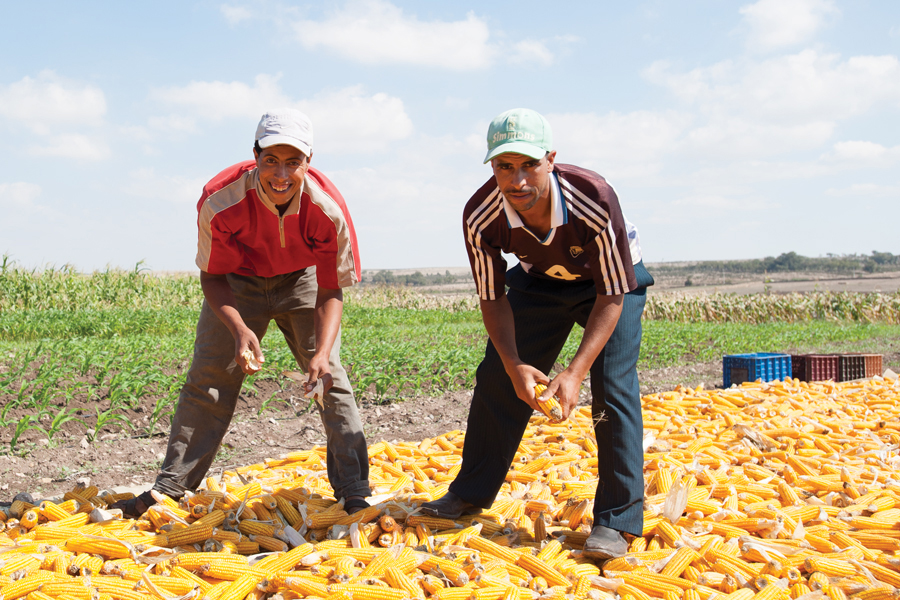 In a country with a water shortage, one would expect water to be expensive. Not true, according to Fouad Rachidi, the program’s agriculture and water expert. “One of the major challenges is that irrigation water is woefully underpriced in Morocco,” Rachidi said. “Therefore, economic incentives for farmers and agribusinesses to actively engage in water conservation are very limited.”

Crop production and market surveys carried out by the MEC team since 2010 show that the true value of water based on revenue from agriculture is about 70 cents per cubic meter. The price farmers actually pay for irrigation water is about 4 cents.

“For many reasons, increasing the cost of water to consumers is not being considered by policy makers at this time,” Rachidi explained. “We looked for other ways to motivate farmers to conserve water, mainly by increasing the economic rewards of conservation—by promoting technologies, practices, and crops that both save water and increase farmers’ revenue.”

A core strategy of the Moroccan government’s agriculture development plan, or the Plan Maroc Vert, is to promote the conversion from traditional gravity-fed irrigation, which floods the fields every 10 days or so, to more efficient drip-irrigation systems. With drip irrigation, farmers and farm associations can store water and apply it to crops when needed, saving as much as 50 to 60 percent of the water supply and cultivating a wider range of crops, including higher-value crops that grow better using the drip method.

To support this new ability to control irrigation, MEC developed a text message advisory service that calculates how much water a farmer needs to apply each day to different crops based on the crop cycle and local weather conditions. The Moroccan government also established an Agricultural Development Fund (ADF) to subsidize these conversions, because most smallholder farmers can’t afford to install the new irrigation technology. The ADF has provided $1 billion to update irrigation over the past five years.

In November 2012, for example, work began on a new drip-irrigation system for 27 young farmers from the Intilaka Water Users’ Association in Eastern Morocco. These farmers grow cereal, fruits, and vegetables and raise dairy cattle on 135 hectares of irrigated land.

“We never would have been able to meet the requirements for subsidies without USAID/Morocco’s assistance,” said Intilaka President Smaili Ben El Miloud. Smaili is probably right because, at first, mainly large-scale farmers obtained government funding.

For every dollar spent by MEC on installing the drip irrigation system, the ADF contributed roughly $6. Now Intilaka is set to become a model in the region of more efficient water use, with higher productivity and increased revenue. Two other local farmer associations already followed the example and have installed systems.

At the outset, the MEC team evaluated the potential of different crops for improving water-use efficiency based on crop-water requirements and market potential. MEC identified two high-potential sectors: dairy farming and vegetable production.

Dairy was a strategic subsector in the agricultural economy of the program’s two target regions. In Doukkala-Abda, dairy production generates more than $60 million in annual revenue and is a significant employer of farm labor. In Oriental, 56 percent of all farmers have at least a few head of dairy cattle. What’s more, the demand for dairy products—particularly milk, butter, and yogurt—is growing as Morocco’s population becomes increasingly urban.

With MEC assistance, dairy farmer Mustapha Snoussi introduced corn silage into the feed formula of his 40 dairy cattle; their milk production jumped from 900 to 1,300 liters a day, a 44 percent increase. Another program participant, dairy farmer Hadj Mejjati Said, was more cautious. He first tested a new feed formula with 10 of his cows and compared the results with the rest of his herd. Although there was not an immediate increase in milk production, the new feed was less expensive, reduced health problems among his herd’s test group, and increased his profits. Mejjati is now ready to change his entire feed system and is actively convincing fellow members of his milk producers’ cooperative to do the same.

The MEC team saw value in boosting vegetable production as a way to market Moroccan cuisine overseas. But while Morocco has a large market in Europe for fresh agriculture produce, local producers have found it difficult to access other markets. Plan Maroc Vert recognizes the challenges faced by smallholder farmers in accessing export markets, and opts instead to promote a system of local consolidators—medium- to large-scale producers or agribusinesses—that buy from smaller producers and market their produce abroad.

A significant mistrust still simmers between farmers and middlemen, since many small-scale farmers got a bad deal in the past. MEC pioneered a program with agro-processors, establishing fair supply contracts with local consolidators who are working with smallholders to promote new crops, cultivation techniques, and water conservation measures.

In the spring of 2012, four farmers in Doukkala-Abda began growing a new crop: small, sweet red peppers, which can only be grown efficiently using water-saving drip irrigation. These farmers were the first in the region to supply the Société Industrielle de Conserves d’Olives de Produits Agricoles (SICOPA), a Moroccan agro-processing firm near Fès, which stuffs and packages these peppers to be sold in gourmet markets in the United States and Italy. 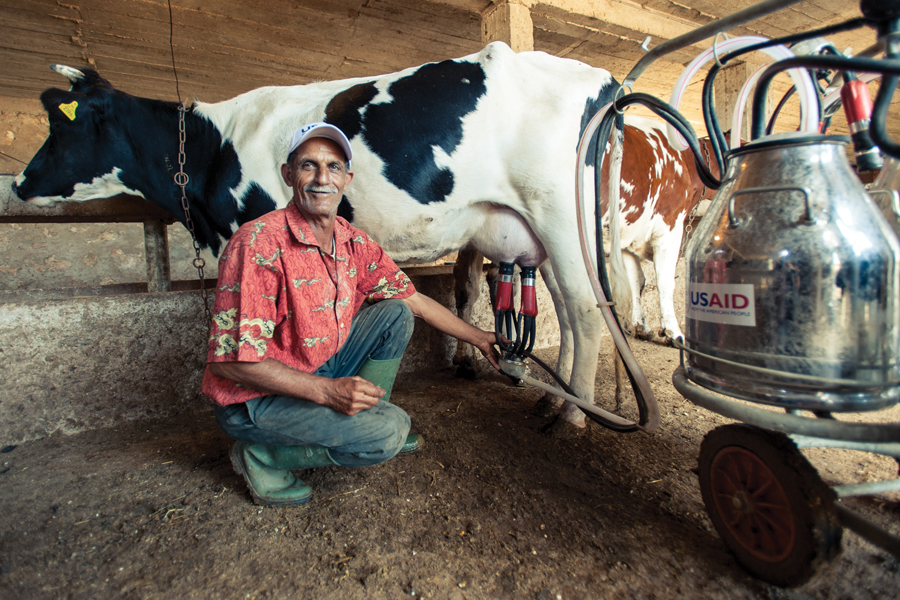 At the time, SICOPA couldn’t find enough peppers to meet demand and was willing to provide seeds and initial technical assistance to the farmers. Supporting the growers and managing the business arrangements with SICOPA is Green Farm, a commercial farm that worked closely with MEC to improve neighboring smallholder farmers’ access to markets by identifying and brokering business opportunities. Green Farm provided the farmers with technical assistance, and took charge of sorting and delivering the produce to SICOPA, which contracted the farmers for 200 tons of peppers over five months. SICOPA paid the farmers MAD4.5 per kilo ($0.25 per pound), making the contract worth MAD900,000 ($100,000). The sweet peppers trial conducted with the four farmers led to Green Farm signing several new orders. Green Farm was subsequently approached by another company, Targa Foods, to supply another 200 tons in 2012 and 400 tons in 2013.

Over the next few years, the orders are expected to reach 1,400 tons and involve cultivation on 35 hectares of land, compared with just five hectares this year, benefiting more than 30 farmers. The value of the contracts is expected to exceed $700,000.

Through MEC, USAID worked closely with public and private stakeholders to demonstrate the benefits of an integrated approach to agricultural development that includes water optimization, export promotion, and workforce development. By linking water conservation with improved productivity and profitability, many of the Moroccan farmers who benefited from MEC assistance are already well placed to adapt to the reality of dwindling water supplies and the increasing cost of water.