More than a decade ago, the Philippine Government committed to achieving Millennium Development Goals for water supply by expanding access to safe water to 16 million Filipinos—about one-fifth of the country’s population. This expansion would require an annual investment of PhP6-7 billion (US$150-$175 million); however, public sector financing remained stuck at PhP3-4 billion per year with no increase in sight. The only way to achieve the goal would be to mobilize private sector financing and investment. But how?

Back then, the country’s private banks had never worked with public water utilities. The banks saw the water utilities as politically driven, corrupt, and inept, while the water utilities saw the banks as unwilling to provide them with the affordable long-term loans they needed to expand their services. Now, the two sides are helping each other. 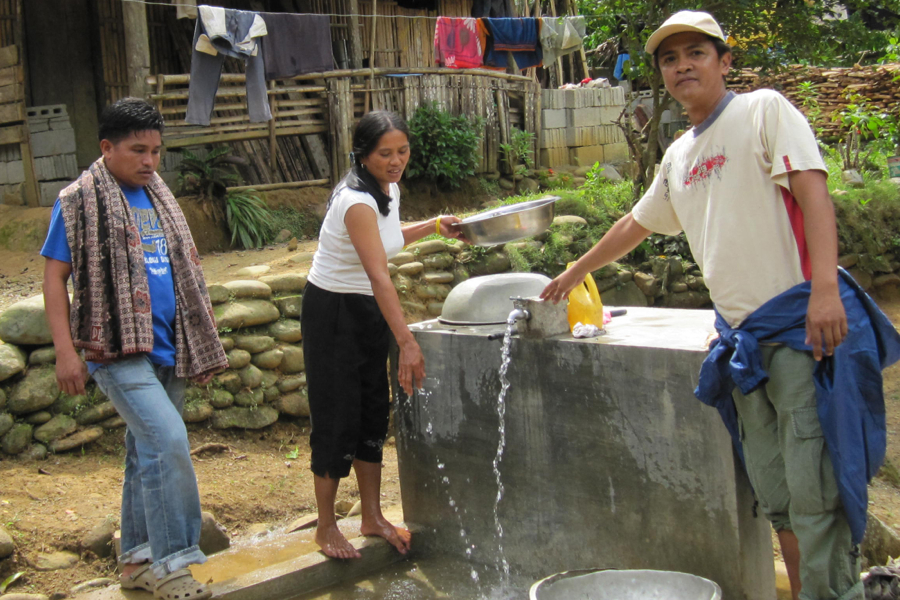 Through the Philippines Water Revolving Fund (PWRF) Support Program, a project funded by the U.S. Agency for International Development (USAID), DAI facilitated a handshake between water utilities and banks that helped institutionalize private financing for water supply and sanitation projects. The result: Through January 2014, 27 projects have been funded and 15 more are being processed, with 6 million Filipinos on track to gain access to safe water and 1.3 million of these new customers already on line.

The DAI-led dialog produced a concept that addressed the needs of both the banks and water utilities. With this design in hand, we then secured the necessary support of policy makers and government institutions. Once the fund was operational, DAI helped promote it and created a flow of financeable water projects that, in turn, has built the capacity of these private financing institutions to analyze and appraise further water supply projects.

The water revolving fund relied on collaboration between USAID, which agreed to share the private banks’ risk, and the Japan International Cooperation Agency (JICA), which supplied funds to the Philippine Development Bank (DBP) to on-lend for these projects. The DBP and private banks agreed to split the funding of large projects to spread risks. This shared public-private financing and shared risk provided enough security to mobilize private financing. We also used the ensuing transactions to improve the governance and efficiency of the water sector by working across the water utility, government regulatory, and financing marketplaces to align incentives and solidify support for reform. The project’s assistance led to:

An Innovative Financing Mechanism—The water revolving fund leverages public and private funding. Its blend of JICA funds with private loans enables financing in the terms and tenors required by utilities for long-term investments in water and sanitation infrastructure. The PWRF model provided sufficient guarantees to give banks a low-risk entry into this new market. Alongside the funding mechanism itself, the program developed a system to rate utilities for credit risk and built the capacity of lenders to better assess and identify bankable opportunities in the safe water and sanitation sectors.

Stronger Utilities—Until water utilities could show that they operated viably and could produce projects that would generate strong cash returns, private banks were reluctant to engage the sector. PWRF supported reforms by the utilities, particularly in business planning and financial management, that led to significant improvements in financial and operating performance. We further consolidated training under the Philippines Association of Water Districts and sponsored collaboration that helped lenders and borrowers communicate on how to create financially viable projects while also exposing utilities to the financial rigor of commercial loans.

Regulatory Clarity—PWRF facilitated the drafting of a bill to create a Water Regulatory Commission, an independent quasi-judicial body with the power to penalize utilities that fail to meet network expansion and quality targets. This new body should help to incentivize network expansion, remove political interference, and encourage long-term planning by water service providers. We also encouraged and provided analytical support for Philippines government policy reforms in order to align public investments with the government’s overall water and sanitation objectives and improve the targeting of government grants to those municipalities with the highest percentages of people without access to clean water.

The PWRF drove a paradigm shift that established private financing in the public water utility market, and the pipeline of projects continues to build. The water revolving fund has helped mobilize more than PhP10.5 billion (US$234 million) in financing for water and sanitation infrastructure, of which about 60 percent is from private banks and developers.

By harnessing domestic financing, the water sector has reduced its reliance on official development assistance funds, which can now be applied to other needs. Presented by the Organisation for Economic Cooperation and Development as an innovative financing mechanism, the PWRF has drawn the attention of countries such as Indonesia, Vietnam, and Kenya that are looking for ways to expand their water supply coverage.

While this innovative fund was tailored to the enabling conditions in the Philippines, other countries will need to adjust their models based on local conditions. For many countries, the shift of water utilities to market-based financing and private sector involvement will be the only sustainable way to meet their Millennium Development Goals of providing their poorest citizens with access to safe, clean water.