Innovation seems to be ubiquitous—or, at least, talk about innovation. A 2012 Wall Street Journal review of reports filed with the Securities and Exchange Commission shows companies used some form of the word “innovation” 33,528 times in 2011, a 64 percent increase from five years before. At the same time, one doesn’t have to look hard to find growing cynicism regarding over use of the concept.

Can we really all be innovating all the time?

The DAI Innovation Challenge emerged from a sense of urgency among staff. New technologies are available to DAI and the countries in which we work. Our clients are taking important steps to foster and indeed demand innovation. And, not coincidentally, our peers and counterparts in the development industry are touting their innovation quals.

When we launched the Challenge, we were somewhat unsure of the answer to the question, “are we really innovating?” This is a particularly pointed question for those of us in the development field. Donor-funded projects with explicit scopes of work, strict annual workplans, and carefully defined outputs are not necessarily the most fertile incubators for transformative innovation. Innovation requires experimentation and failure, which are often not possible when a project team is working toward defined objectives under high expectations from the client. Development projects tend to lend themselves more to incremental innovation, where project teams may refine approaches to achieve better outcomes but radical experimentation is something of a luxury.

We received 92 applications from 53 projects in the first phase of the Challenge, far more than expected. Does the healthy response imply that innovation is pervasive across DAI projects? Frankly, no—not all the applications, it turned out, were innovations as we construed the term.

As the judges reviewed the 92 applications their challenge was differentiating between those that highlight significant project accomplishments—laudable and impressive as they might be—and those that present real innovation. Many applications fell into one of three categories: 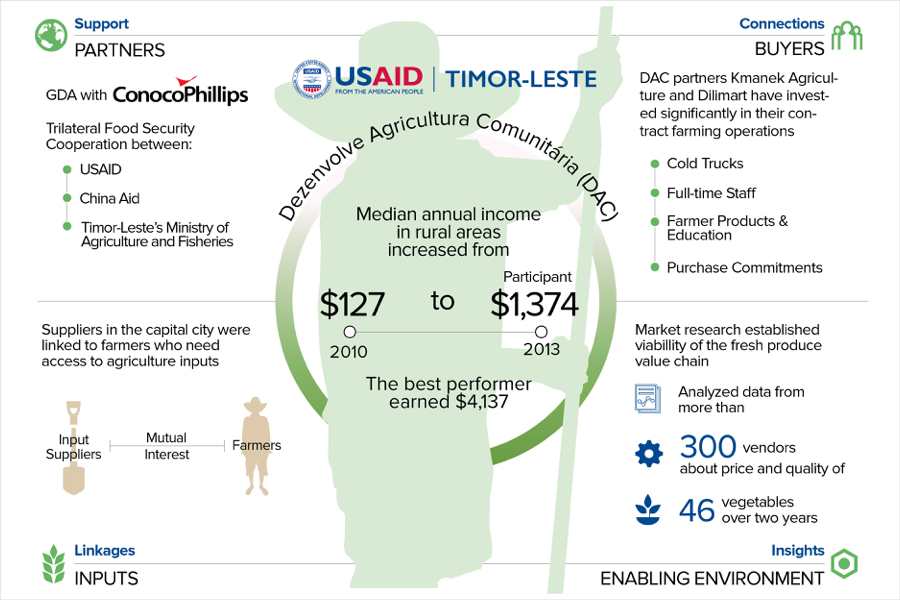 Though applications in these categories are not considered innovations, they are nonetheless valuable to DAI as we seek to improve services to clients and counterparts. And the process certainly proved valuable to the applicant projects themselves, because they were able to share their learning across the company, see what other projects are doing, and make connections that will, as we are already beginning to see, enhance their work.

But this is not to say that innovation is not alive and well at DAI—far from it. Like the ultimate Challenge winner—the Alif Ailaan data platform—the finalists, semi-finalists, and other submissions addressed yet transcended the limited scope of their projects, yielding solutions that are demonstrably effective, demonstrably new, and demonstrably promising in terms of broader reach and potential application. While there is more we can do to foster innovation in development projects, as Betsy Marcotte points out, these examples show it is possible to walk the walk, as well as talk the talk, on development innovation.