How did you become interested in pursuing a career in international development, and more specifically ICT4D?

I always loved to travel and explore new cultures so I took time off and traveled around the world during a career break. I decided to do a Kiva fellowship with a microfinance bank in the Niger Delta for five months. Though I realized after the fellowship that microfinance was not my passion, I did appreciate the way Kiva was using technology to amplify the impact of proven development tactics. I decided I wanted to give back in a way that leveraged my expertise to improve lives around the world, so I went to graduate school for international development and focused my studies on communication technologies. ICT4D was present, but mostly being applied to the health or finance sectors—I became interested in tech for civil society, democracy and governance, diving deep into things like empowering communities to support localized conflict early warning and response. 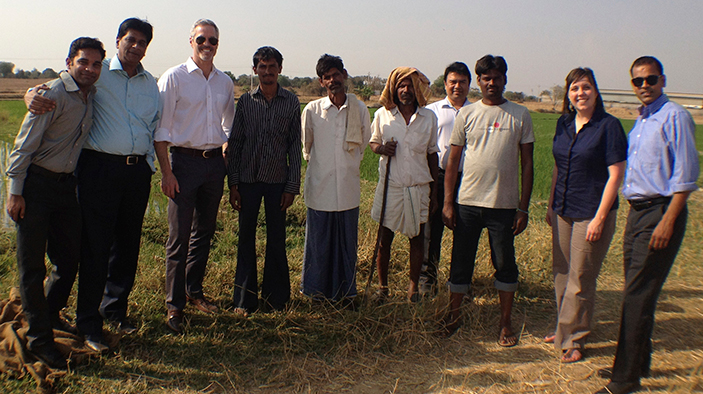 What has been your most memorable moment thus far?

In 2013, I was working with a DFID project in Sierra Leone that was tasked with the enormous challenge of improving access to security and justice for 700,000 women and girls in rural areas outside Freetown—that was 23 percent of the entire country’s female population. To achieve this, we were going to have to do something drastically different. We couldn’t just work through local civil society partners—it just wasn’t scalable. So the first answer was—mobile phones … but that was kind of putting the cart before the horse.

I traveled to Sierra Leone to conduct an assessment to determine how women and girls were already getting information in rural areas and how we might build from that. One of the villages we chose to visit was a 10-hour drive from Freetown—a conservative, Muslim village in the mountains that didn’t have mobile network coverage nor radio signal. I knew if we could figure out how to reach these women and girls, we could reach anyone.

Interestingly, we discovered that the girls in this village had far more access to mobile technology than girls in other villages. Their fathers would give them their mobile phones because to get any signal, you had to hike five miles up to the top of this mountain. Their fathers didn’t have that kind of time (or interest). So these girls would sit at the top of this mountain, with the mobile phone, and what better time to call a hotline and ask questions about their rights? Girls in more “connected” villages didn’t have that level of access because their fathers would never give them such free access to the mobile phone.

That moment sticks out to me most because too often, we take our knowledge as fact and if we don’t do enough investigation, we can miss surprising moments. [As development professionals], we really need to do the due diligence. It’s not enough to just talk to people in the capital as we sometimes do to expedite the process.

Have you encountered any specific challenges being a woman working in this field?

I’m a pretty strong woman, so I usually don’t think much about it unless someone makes it very obvious that I’m not welcome because of my gender. People often ask me about working in Afghanistan. There have been challenges, but I just roll with it. I find that as soon as I prove my value in a way that doesn’t put others down it’s pretty easy to bring people along. One of the benefits of being a woman is that we tend to be socially nuanced and able to deal with tensions in a way our male counterparts may not do so naturally.

I pride myself in being able to accept different cultures, without being judgmental. But there are some situations that challenge that. One project I was working on was having a joke contest. The participants were 30 men and three women. Many of the men’s jokes were about their wives, the ol’ ball and chain and such, but one guy told a joke about domestic violence. That put me in an interesting position, between my personal line of standing up for women’s rights and the context of the situation. I leaned over to some of the women I was sitting with and I quietly said, “You know, that isn’t really something to joke about.” There’s a fine line between being culturally sensitive and open, and falling down on the responsibility to support women.

What do you think is the importance of women’s participation in the international development profession?

At an industry level, it would be great to see more women chiefs of party and in upper levels of management—among NGOs, implementing partners, and donors alike to further reinforce gender equality.

The thing that continues to disappoint me is that gender is often still siloed. I don’t see men and women on projects caring about it as much as they should; and if they do, it is often in the context of reporting gender activities to the donor. In the mobile space, I’ve appreciated the work of GSMA’s mWomen program. They’re looking at women as a market and making a business case for inclusion. This is a move in the right direction. They’re promoting critical steps in serving women designing products and services that meet the needs of women as a distinct market segment, rather than defaulting to a typical design process that purports to be gender “neutral” (but is really biased toward men).

Do you think there are specific advantages to being a woman in your technical area?

Women are well placed to do what I’m doing. It’s why our ICT team at DAI is women-heavy. While the technology sector tends to be male-dominated, a lot of what development needs at this point is technologists or technology strategists who understand the social dynamics and human systems, and incentives and disincentives to incorporate technology in a smart way. Women have a great ability to go into a situation and see the big picture and the social dynamics, which allows them to be creative and generate new ideas that really reflect people’s needs. 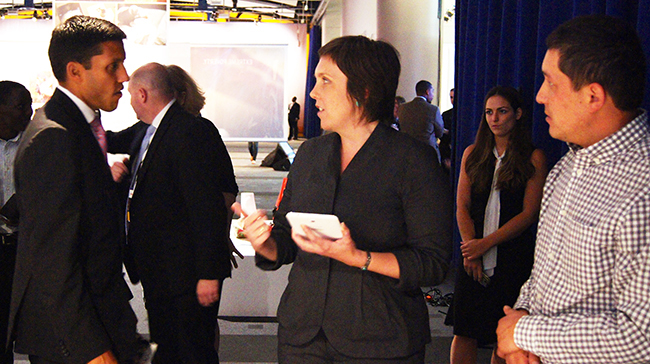 If you could go back in time and meet yourself when you were just starting out, what would you tell yourself?

Figure out what skills are in high demand, get yourself out there by volunteering and getting some experience under your belt, and advocate for your accomplishments and your own ideas. Learn how to speak confidently about the contributions you’ve made to teams.

In meetings and trainings, women don’t speak up. They are usually more hesitant. I’ve always been willing to put my ideas out there. I realized that when I doubted my abilities, I was letting other people who knew the same amount as me, or less, get ahead. When you do that, you are losing opportunities to learn and get more experience.

Everyone has different ideas about what constitutes an “expert.” You probably have more to offer than you think. Be comfortable that everyone around you has a different idea of what makes an expert and take credit for your accomplishments fully.