Chad’s desert expanse—nearly twice the size of Texas—presents enormous challenges to its government.

The country has an improving military based in the capital of N’Djamena, but its soldiers and other security forces are not equipped or staffed to defend villages hundreds of miles away. In these unattended areas, elements including Al Qaeda, narcotics and human traffickers, and other criminals travel with impunity and cross at will into Libya, Sudan, and other countries.

This lack of basic security is a serious problem not just in Chad but throughout the region—a challenge being answered by people like Zakaria Ousman.

“It is impossible here for militaries alone to address the issue of security,” said Ousman, a religious elder and Director General of the National Strategic Center for the Prevention and Resolution of Conflict in Chad.

“The government tries to be everywhere, but it is impossible for a country with little resources to send help to a village 700, 800, 900 kilometers away just to protect 100 people. The issue of security is so large, so broad, that the classical definition of security does not apply. But human security is an area where civilians, rather than the military, can have an advantage.

“While militaries alone can in no way protect the entire region, civilians—doctors, nurses, police, teachers, traditional leaders, and many others—working with militaries can pool resources, communicate effectively, and address insecurity and factors that drive insecurity.” 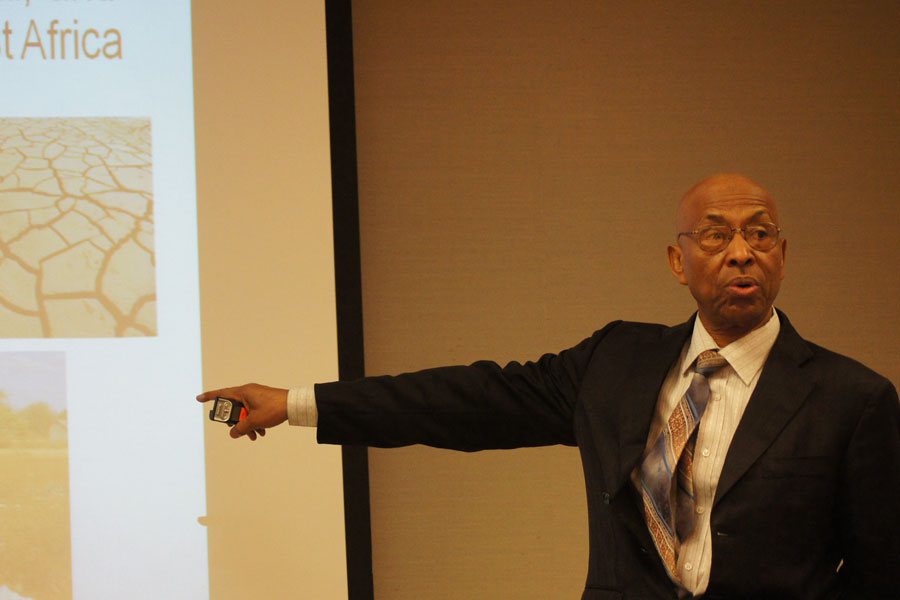 An instructor with the Trans-Sahara Security Symposium (TSS), a DAI-led project funded by the U.S. Departments of Defense and State, Ousman teaches security forces and civilians how to work together. The team is helping West and Central African countries to collaborate to address terrorism and other security issues across this vast, largely ungoverned region.

The countries of the Sahel have a history of unpredictable leadership in both their governments and militaries, as well as a history of military overthrows—Chad’s most recent coup d’état attempt came in 2008. The recent upheaval in Mali has been well chronicled. TSS provides a rare and remarkable space for open dialog.

Often, these TSS events are the first meetings between military officers, police, gendarmes, border patrol agents, customs and treasury officials, teachers, doctors, and political and traditional leaders at national and local levels, and certainly the first time they face each other to talk frankly about corruption, violence, and how to work together to make their countries safer.

Since 2007, TSS has brought together more than 900 security and civilian leaders from across the Sahel. Under the auspices of the Joint Special Operations Task Force—Trans-Sahara, the TSS details the underlying conditions and multipliers that feed criminality, trafficking, and violent extremism. As 80 percent of Chadians, for example, live off agriculture, participants discuss the roles that drought, flooding, food shortages, and disease play in insecurity.

The symposium also addresses the large youth population and their potential recruitment by criminal or extremist groups, as well as solutions for better integrating young people into activities to improve stability and security.

Recognizing that their conversations had to continue beyond the parameters of the TSS program, Chadian civilian and military leaders who graduated from TSS programs formed the TSS Chadian Alumni Association.

Since 2011 they have met monthly, with Ousman serving as an advisor to help bolster the community of participants. With 40 members and growing, the alumni organization elected a military officer as its president and a female civilian as its vice president, institutionalizing the civil-military partnership at the heart of TSS.

“We are creating a single African perspective in terms of security,” Ousman said. “Military and civilians are working together and across borders. They are sharing email addresses, phone numbers, and photos. When an emergency strikes, they will know who is on the other end of the telephone because they will have already worked together.”

The Chadian participants’ commitment is typical of the individuals the TSS works with and trains throughout West-Central Africa. As the number of alumni grows and networks spread, we hope to see further momentum toward governmentwide approaches to security and safety in the Sahel.