Thailand enjoyed strong economic gains through the 1980s and 1990s, but political crises and civil unrest that have escalated since 2005 have damaged the country domestically. The prolonged constitutional crisis—culminating in the May 2014 military coup d’etat—has punished Thailand’s 67 million citizens by diminishing governance and public services. Civic pride, engagement, and trust in government are at historic lows, with ordinary people taking to the streets in protest and riot.

When the five-year Sapan program launched in 2010, the DAI-led team had a clear mission: get local governments and citizens talking again. To do so, Sapan (“bridge” in Thai), an initiative of the U.S. Agency for International Development (USAID), was tasked with rejuvenating the channels of engagement, such as citizen advocates, business associations, universities, and independent media. Importantly, we also set out to measure how provincial governments were performing. 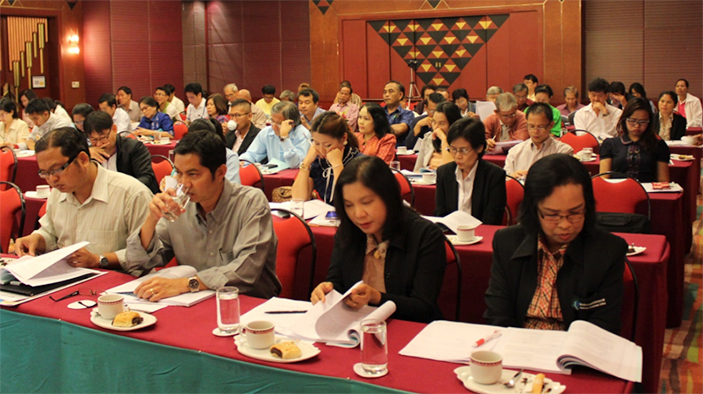 Working with seven prominent universities from across the country, Sapan designed the Provincial Governance Index (PGI) to measure how Thai citizens perceive their respective provincial governments in categories such as transparency, accountability, participation, rule of law, and anticorruption efforts. It also measured how citizens felt about the performance of public services such as education, health care, utilities, and security. To ground-truth the questionnaire, we formulated an approach respectful of the Thai concept phumpanya thongthin, or unique local wisdom, so our queries best garnered local citizens’ expectations of government.

In administering the pilot PGI—our team conducted 1,418 interview surveys—we found some provinces did slightly better than others but overall satisfaction with public administration was quite low, and room for improvement lies in governments’ willingness to involve their citizens in decision making and oversight.

When the pilot PGI activities concluded in June 2014, we came away convinced that when applied iteratively, the index could capture improvement or decline in government performance and identify areas to reform, raise standards, and promote productive relations between citizens and officials. We are also confident the PGI can be adapted and applied effectively in other countries.

“The credibility of data commanded respect,” said Professor Phiphat Nonthanthron, director of the Social Enterprise Leadership Center of Kasetsart University, a PGI implementing partner. “It made government unable to avoid dialogue with citizens about their performance and about long-overdue improvements in local governance.”

To develop the PGI, we looked at other index tools in use worldwide. These included ones DAI developed and used in Vietnam (Provincial Competitiveness Index, or PCI), Serbia (Municipal Capacity Index, or MCI), Guatemala, Macedonia, and elsewhere. Some, like the PCI in Vietnam, measured economic governance and services to the business sector; others, like the MCI in Serbia, measured services provided by municipalities. 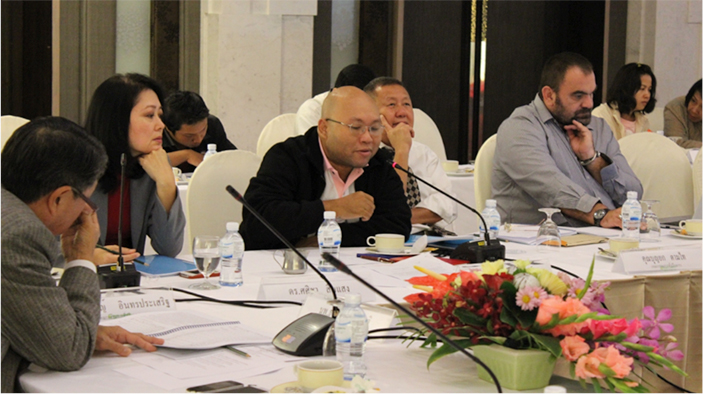 Our PGI adapted a model of the Public Administration Performance Index, developed and implemented in Vietnam by the United Nations Development Programme. This objective, people-centered, and evidence-based method collected data through face-to-face surveys of citizens’ perceptions and experiences. We added a twist by utilizing PGI data—obtained using rigorous methodology, and verifiable and credible—as a platform to bring together citizens and government to discuss the findings and social problems and jointly identify solutions, which is the essence of Sapan’s mandate.

For the pilot, we surveyed four major provinces in different regions: Chiang Mai in the north, Sukhotai (central), Khon Kaen (northeast), and Nakhon Si Thammarat (south). In each, Sapan had already undertaken initiatives and engaged numerous partners that would effectively assist in developing and implementing the index and facilitating follow-up citizen-government dialogue.

“This was an experience like no other we have had as academics, political scientists, social change activists, and citizens. For the first time, common Thai citizens were asked to tell their local governments how good or bad they are performing and rate the quality of public administration and government services in a structured, systematic, and scientific manner.” Professor Phiphat Nonthanthron, director of the Social Enterprise Leadership Center of Kasetsart University.

We believe the PGI should be repeated in Thailand and could be readily adapted for use in other countries.

For example, in Thailand, we surveyed six major categories, each of which has subcategories and questions specific to Thailand. To replicate the PGI elsewhere, the six major categories—transparency, accountability, participation, rule of law, combatting corruption, and public services—might stay the same but their subcategories and questions could be adjusted. Depending on the country, changes might be made to the subcategories under “participation:” importance, value, willingness, opportunities. Index designers would need to review the literature and legal framework related to civic participation in that country’s context.

As noted above, our PGI was directly informed by the Thai concept of phumpanya thongthin. To make the tool relevant and garner support for it among local constituents, we consulted broadly with civil society, government, media, academics, and the private sector. To administer a PGI in other countries, we recommend establishing an advisory board, comprised of prominent and politically influential public figures, selected on their ability to help ensure political support and provide strategy and policy advice to the implementer.

Finally, index designers would need to develop methodology for selecting survey respondents, and for collecting, storing, and analyzing data (much of that could be adopted from our PGI); field-test the tools, and identify and train the surveyors. Designers should budget one year to develop the index, obtain buy-in from key stakeholders, implement the survey, analyze the data, and draft the findings report. We further recommend using the information to bring together citizens and government to address the issues identified.

The PGI was the first such survey developed and conducted in Thailand. However, we implemented only a pilot whose main purpose was to present PGI to key stakeholders in Thailand, test the tool, and obtain lessons learned and best practices. Sapan, which concludes in September 2015, recommends that USAID refine the PGI tool, approach, and methodology before the second iteration, which should be expanded to additional provinces, and establish a true baseline against which to measure future iterations.