By 2014, DAI was winding down the Reintegration and Stabilization in the East and North (RISEN) program in Sri Lanka on behalf of the U.S. Agency for International Development (USAID)’s Office of Transition Initiatives. Over more than four years of operations, the program worked locally with people in civil society and government, implementing grants totaling $14 million to restore communities and support reconciliation between the majority Sinhalese and the minority Tamil populations following 26 years of destructive war.

However, as described by DAI’s Christy Martins and Keith Doxtater in the Summer 2014 issue of Developments:

“As RISEN entered its final year, the situation in Sri Lanka worsened. Initial hopes for a reduction in militarism and a more inclusive peace were all but dashed as the government increased its military presence and restricted the ability of community groups, civil society, media, and others to function freely.”

This internal repression was matched by a growing sense of isolation on the regional and global stage, as the ruling regime faced accusations of electoral fraud, corruption, and nepotism. Thankfully, the situation in Sri Lanka appears to be turning around. 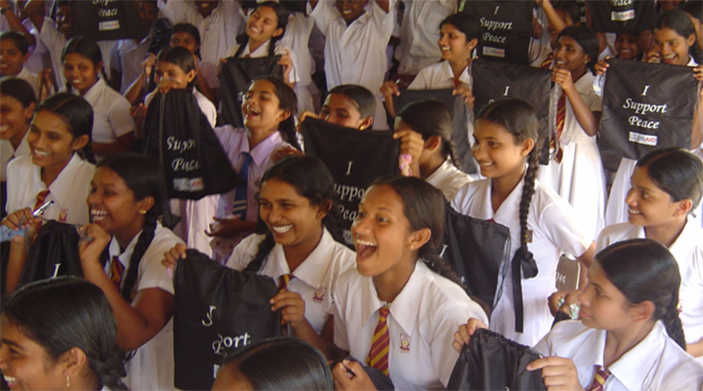 Two Elections and a Fresh Start

The presidential election in January 2015 provided the opportunity for reforms. Voters chose Maithripala Sirisena, a former Minister of Health, to lead the country. Significantly, a large portion of his support came from urban Sinhalese as well as rural Tamil and Muslim communities, groups that had largely been alienated by the hardline tactics of the previous leadership. One of the central planks of his platform was an ambitious reform program, vowing to reduce executive fiat and restore power to the judiciary and the parliament.

Momentum for reform and good governance continued with the August 2015 parliamentary elections, resulting in a national unity government consisting of the United National Front for Good Governance and the United People’s Freedom Alliance, and including a mix of Sinhalese, Tamil, and Muslim members. 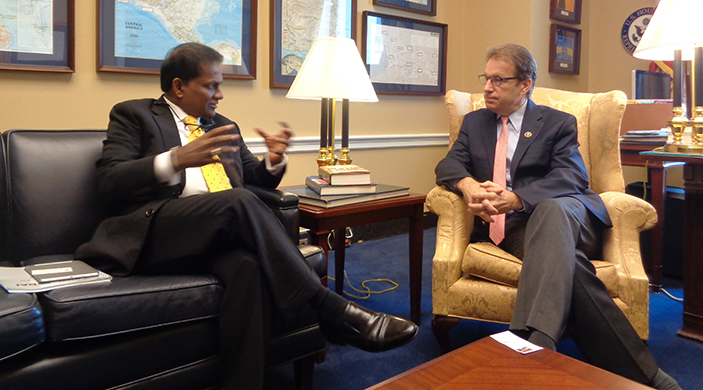 The results of the 2015 parliamentary elections were seen as an opportunity for USAID to reinforce its programming with an emphasis on good governance. DAI was selected to implement a modest yet strategic six-month program—Short-Term Technical Assistance to the Sri Lankan Parliament Project—to assist the parliament in undertaking the major reforms promised during the elections: electoral reform, constitutional reform, and reform of internal parliamentary structures and processes. The program encountered a legislature ready to partner with the U.S. Government and eager to engage with DAI staff and consultants.

The initial success of our work with the parliamentary leadership led to a six-month extension, enabling the program to help restructure the committee system as well as preparing new staff and members for their roles in the young parliament. As part of this effort, DAI is undertaking study trips for the senior leadership to the U.S. Congress, with an emphasis on the Congressional Budget Office and the Congressional Research Service—key components of any modernization effort in Sri Lanka’s Parliamentary Secretariat. 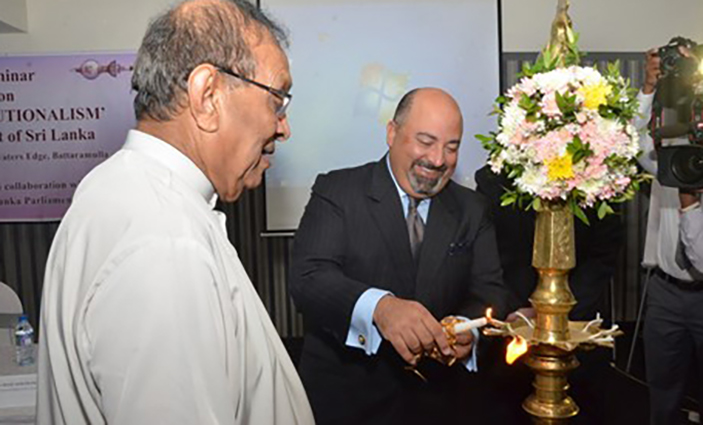 A broad outreach effort conducted by the Prime Minister’s office to elicit citizens’ opinions on constitutional reform has been active in the countryside. This reform would devolve more power to the provinces, move the electoral system from proportional representation to a mixed system of proportional representation and popular vote, and introduce a more vibrant approach on fundamental rights.

Local election-law reforms passed in 2016 include major advances, such as mandating a 30-percent quota for women representatives under the proportional list of each party. Stakeholders are hotly debating public financial management reforms and privatization of state-owned enterprises, such as the Ceylon Petroleum Corporation and Sri Lanka Airlines, whose combined annual losses amount to approximately USD$8 billion, equivalent to almost 10 percent of the country’s 2015 gross domestic product.

The parliament has been empowered with Sectoral Oversight Standing Committees charged with examining new policies and draft legislation and with keeping the executive in check.

However, the legacy of the civil war and the bitterness of the post-war political battles still linger. Reform should not be used as a means for political payback; however, citizens are also impatient and need to see improvements in governance. These impulses must be balanced to ensure that the reforms taking place are effective and the pace of reform is sufficient.

As citizens of the “Pearl of the Orient,” Sri Lankans are rightly proud of their status as Asia’s oldest democracy, and there is a palpable sense of optimism throughout all regions of the country. DAI is excited to be playing a small but significant role in these efforts, and looks forward to expanding its activities supporting reconciliation and reform.