More than eight years ago, DAI staff tromped through the Batang Toru forest of North Sumatra, Indonesia, counting nests, observing behavior, and collecting field evidence on one of the oldest members of the great ape family—the orangutan. What they did not realize was that this group of orangutans was an entirely unrecognized species—the Tapanuli orangutan—that we now know is endemic to 475 square miles of upland forest in the Batang Toru Ecosystem south of Lake Toba.

As reported in the November 2, 2017, journal of Current Biology, the Tapanuli orangutan is thought to have been isolated from the Bornean and Sumatran species for 10,000 to 20,000 years and is genetically and behaviorally distinct from both species. With a population of fewer than 800 individuals, the Tapanuli is considered the most endangered of all great apes.

At the time, DAI was implementing the Orangutan Conservation Services Program (OCSP) funded by the U.S. Agency for International Development (USAID)—a program designed to address, reduce, or eliminate threats to orangutan survival in selected sites in Sumatra and Kalimantan (Indonesian Borneo). The primary threat to orangutans is loss of habitat—over the past 20 years, 80 percent of suitable orangutan habitat has been lost. A decade ago, USAID recognized the imminent danger of orangutan species extinction and pledged to work with the government of Indonesia to address the primary drivers of habitat loss—illegal logging and the conversion of forest to produce oil palm.

Starting in 2007, the OCSP team worked in the West Batang Toru Forest Block (WBTFB)—covering the South, Central, and North Tapanuli districts—to bring together district officials, local nongovernmental organizations (NGOs), and community leaders and develop an action plan to preserve orangutan habitat. DAI used techniques including integrated spatial planning and weaving together “multifunctional landscapes” that balance economic land use—such as production forestry and oil palm plantations—with maintaining corridors of intact orangutan habitat. As part of the design, the OCSP Sumatra regional office—led by Darrell Kitchener and Pahrian Siregar—surveyed a population of around 380 orangutan individuals in WBTFB, the remote group that was recently identified as the Tapanuli species. 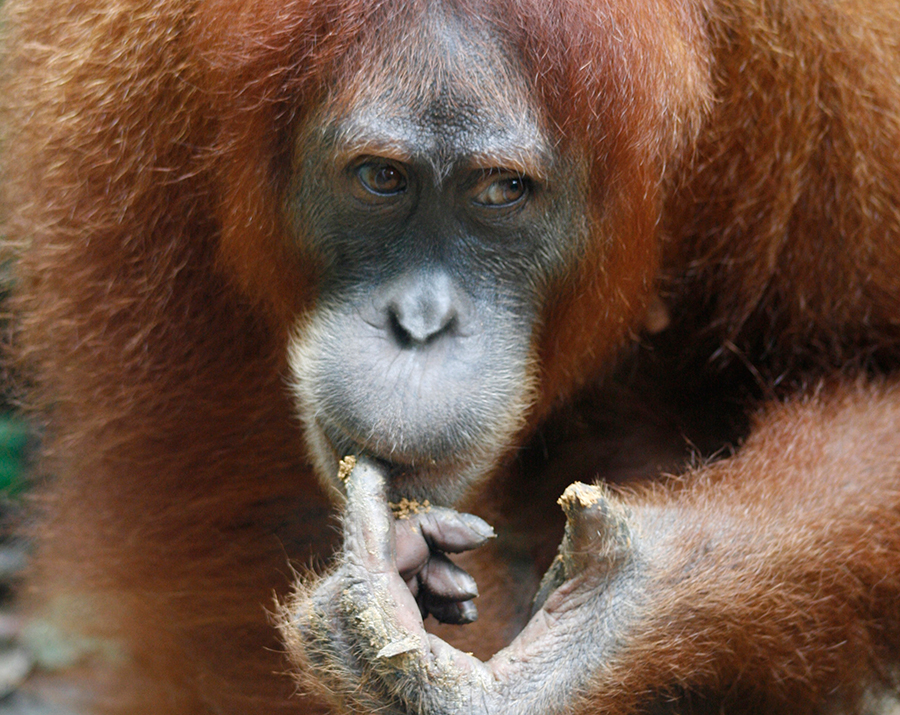 OCSP also worked with local NGOs to develop a spatial plan to restore forest corridors and reduce tree removal from water catchment zones critical for maintaining ecological flows and supporting local communities in and around the orangutan habitat. With support from all three district governments, OCSP and local NGOs successfully petitioned the government to reclassify WBTFB as watershed protection forest, a critical first step in protecting this vital orangutan habitat. Work continues today to limit the forest fragmentation in the ecosystem and reestablish corridors for the Tapanuli orangutans, which rely on continuous forest canopy to survive. Today approximately 800 Tapanuli orangutan live in the Batang Forest ecosystem, and without continued and careful conservation management, per the studies’ authors, we could see the extinction of the species in our lifetime. 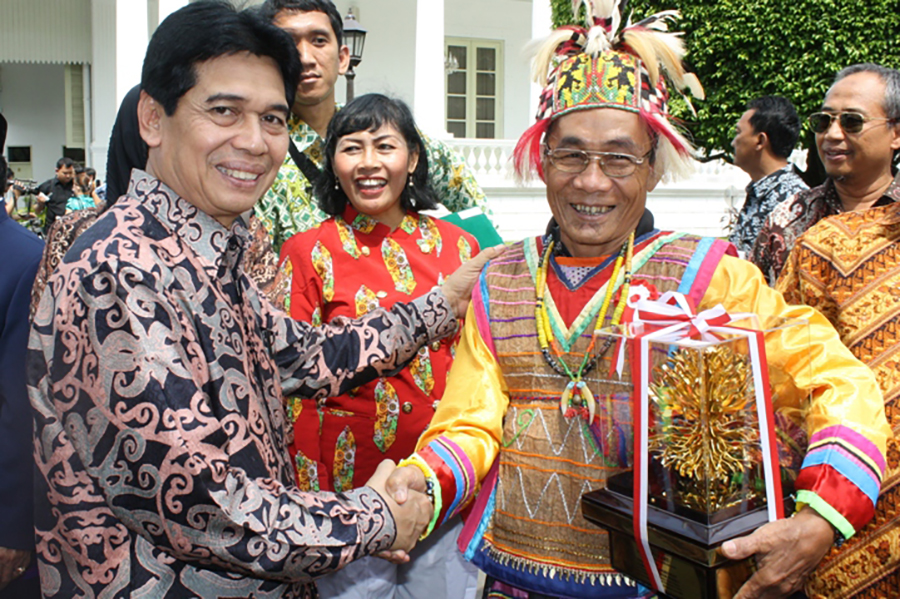 “We suspected that the orangutan inhabiting the Batang Toru forests might be a different sub-species than those in the Leuser ecosystem to the north,” said former OCSP Chief of Party Paul Hartman. “But that this has been found to be an entirely new species is both surprising and exciting. With this extraordinary find it is now critical to ensure the survival of this most threatened orangutan species.”

The recent article in Current Biology brought a sense of pride and excitement to DAI’s Environment team. “Our work often fits within three- to five-year contracts, yet generating results often takes time beyond the end of the project cycle,” said Andrew Watson, the team’s managing director. “When work that began with OCSP in 2007 has contributed to a major scientific discovery in 2017, we realize that the time and patience our teams invest in ensuring local ownership of conservation programming is all worth it.”

Key members of our OCSP team are now on the frontlines of orangutan conservation in the region. DAI’s Sumatra Regional Coordinator Pahrian Siregar went on to earn his Ph.D. in environmental science with a focus on landscape management of orangutan habitat; Field Scientist Dr. Suci Atmoko is a candidate for the 2018 Indianapolis Prize for animal conservation; and our Deputy Chief of Party, Dr. Jamartin Sihite, currently serves as the CEO for the Borneo Orangutan Survival Foundation, one of the most prominent international NGOs focused on orangutan rehabilitation and forest release.

While this new species discovery is a landmark event for the 21st century, it is also a call to action to protect the high-elevation forest in Batang Toru. Plans to develop a hydropower dam on the nearby Batang Toru river and encroachment by palm oil plantations continue to threaten this critical orangutan habitat. DAI is confident that leading Indonesian conservation experts, including our project alumni, will continue to champion orangutan habitat protection so that our generation is not responsible for the extinction of one of our oldest ancestors.