Decades of war and political unrest in the Democratic Republic of the Congo (DRC) left a void of law and justice for Congolese citizens. Too often, security and police forces are part of the problem rather than the solution, operating in a culture of impunity and self-enrichment enabled by the absence of judicial and public oversight. Citizens in the DRC have limited understanding of the role of the police as public servants, or of how police and citizens should interact in a democracy.

Against this backdrop, the U.K. Department for International Development (DFID) in 2010 launched the Security Sector Accountability and Police Reform (SSAPR) programme, a five-year pilot initiative to promote accountability and support the national police reform process. DAI implemented the External Accountability Component of this programme in the provincial capitals of South Kivu, Bas-Congo, and Western Kasai (home to more than 2 million people). 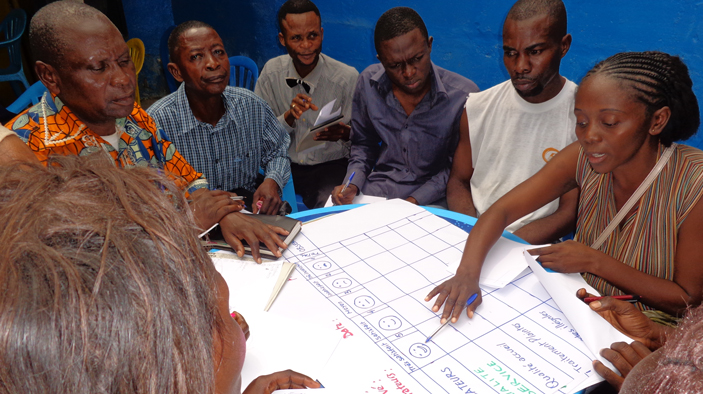 DAI’s team strove to create conditions for publicly accountable policing, restore popular trust, and redefine security as a collective interest of citizens and police alike. We collaborated with local communities, schools, religious institutions, media outlets, nongovernmental organizations (NGOs), elected national and provincial officials, Police Nationale Congolaise (PNC) agents, and local leaders. In the process, we gained insight into the mechanics of community-driven change that might be applied or adapted to programming in other environments suffering from unresponsive or predatory public institutions. 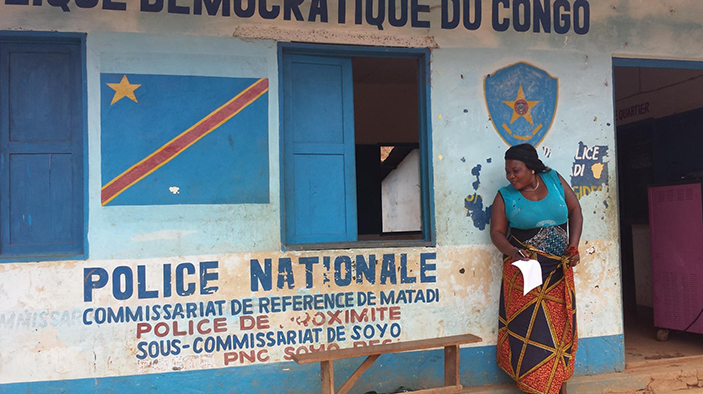 Among its other achievements, the EA initiative:

Increased community knowledge and social accountability. Compared to five years ago, people in the provincial capitals of Kananga, Matadi, and Bukavu today know much more about their security, law and justice systems, and the roles and legal limits thereof. The project helped to demystify the Congolese security and justice institutions, distinguishing between wrongful practices and legitimate service, and increased public access to and use of these services in communities previously disconnected from state institutions—despite a climate of hostility and mistrust.

Drafted and implemented a legal framework for police reform and monitoring of this process by Parliament. EA’s technical assistance to Parliament and support for civil society resulted in the drafting, reviewing, voting on, and promulgation of major laws relating to security forces (police and army) and the justice sector. In the pilot provinces, provincial deputies began to monitor border control services, detention conditions, and magistrate procedures.

Tackled impunity and increased public trust by monitoring the Judiciary Police (OPJ). We helped local magistrates (public defenders) to oversee and assess the work of the OPJ by designing guidance and metrics for such oversight. This tool was adopted by the General Public Prosecutor to supervise OPJs nationwide.

Secured adoption of “security” as a topic in the national secondary school curriculum. To support the integration of security issues into the curriculum, EA developed a training module and didactic materials for teachers in the SSAPR pilot areas. The Ministry of Education has now approved the incorporation of the security module into the national curriculum.

Boosted the number and profile of watchdog bodies. Our training enhanced the ability of 38 journalists (14 in Kinshasa and eight in each pilot province) to cover security and related governance matters. Many partner media groups introduced regular programming to address security and justice matters voluntarily, with no financial support from SSAPR.

Empowered civil society. With our support, the Security and Justice Sector Reform Network evolved into a well organised network with a clear and cohesive vision, reconnecting with its base, partnering with community leaders, and engaging with local authorities and police through meetings, workshops, citizen oversight exercises, press releases, and monitoring actions.

Campaigned against sexual and gender-based violence. In addition to sensitisation campaigns, we provided technical support and coaching to grassroots organisations to conduct security audits led by women and girls. These audits enabled the security concerns of women and girls to be taken into account during local security planning meetings between citizens and police. 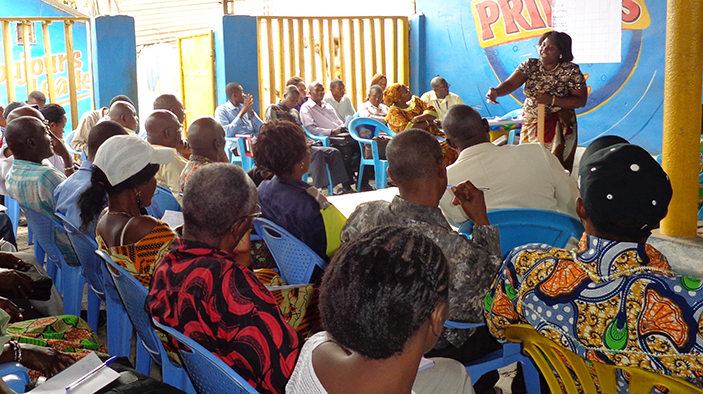 The lessons learned in South Kivu, Bas-Congo, and Western Kasai will strengthen our current and future work in law and justice reform. Some highlights: 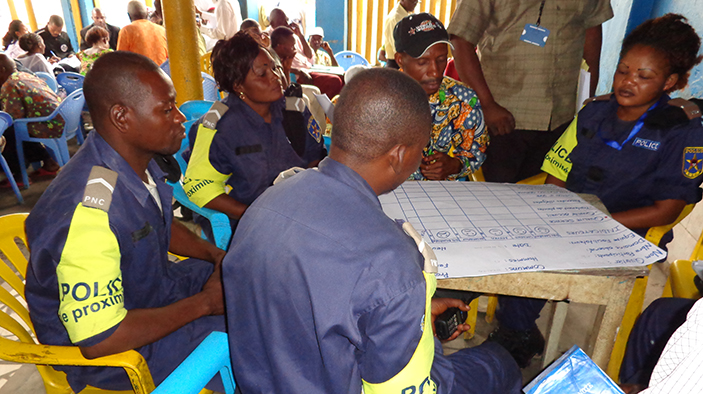 The objective of SSAPR’s external accountability component was to enable the citizens of the DRC to demand more of their law and justice service providers. Ultimately, that popular demand emanates from a deeper and broader community understanding of the limits and responsibilities of state security providers. And this in turn requires a lengthy education process whereby residents come to act on the basis of their own interests to raise security matters with local police, producing a participatory approach that includes the police, local authorities, and local communities.

DFID’s SSAPR programme has begun that work in three pilot provinces, with encouraging results. We hope its lessons can be applied in the DRC and perhaps beyond.