One of DAI’s most wide-reaching economic growth projects marked its close at the end of 2012 with a remarkable tally of results that speak to the success of an approach based on unleashing the technical knowhow and market linkages already latent in the Cambodian economy.

The project’s quantifiable results include:

The project was able to maintain its guiding, but background, role in the promotion of inclusive economic growth by functioning largely as a facilitator. It enabled Cambodian firms to organize effectively among themselves through interest groups, working groups, agricultural cooperatives, and associations. By design, MSME linked private sector firms to each other, building relationships, confidence, and vision for their businesses and industries, creating incentives for upgrading and capital investment by fostering a sense of community and healthy competition among the firms.

At the same time, MSME worked with the public sector to demonstrate the economic value of better regulation, easing the way for small firms to expand. The project worked with provincial authorities to improve the business and investment climate and with national government counterparts to improve their ability to draft and implement good legislation and effectively communicate with other government agencies and the private sector to draft legislation. 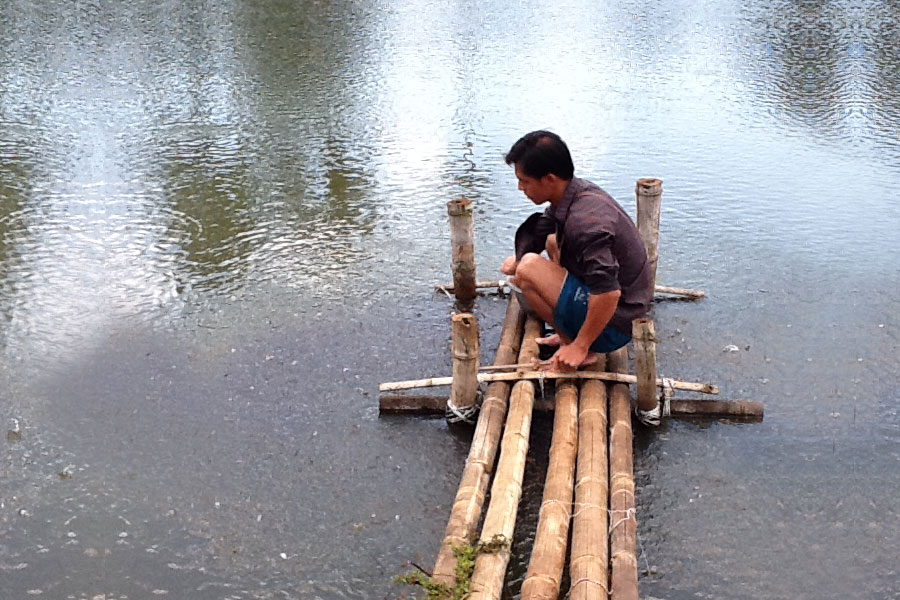 In its first phase, dating back to 2005, MSME was targeted at improving value chains, the first initiative of its kind in Cambodia. The project concentrated on a particular product or service market, such as pond-raised fish, and worked with all supply chain participants to improve market information, quality, delivery, and production for each actor in that chain.

“Most government and donor agencies believed at the time that these types of technical business development services didn’t exist in the private sector and had to be provided by persons outside the supply chain, such as by government and donor funded technicians,” said MSME Team Leader Curtis Hundley. “The MSME Project Value Chain approach proved that when provided with the opportunities to engage directly with other firms, without interference by well-intentioned donors or government officers, input suppliers, fingerling producers, feed makers, and others were willing and able to provide embedded technical and management training to Cambodian businesspersons.”

From 2008 to 2012, a vastly expanded project proved that the methodology could be scaled up to engage many thousands of businesses in nine value chains, across 17 provinces. Despite floods that wiped out millions of dollars in value, swine and fish industry firms increased net incomes by up to 6,000 percent. Across nine value chains, Cambodian business people invested more than $35 million into their own companies.

“Thousands of Cambodian families are now able to compete with regional neighbors to supply Cambodian markets and some have begun exporting,” Hundley said. “These business people now have better homes, send their children to better schools, and have better lives.”