As Christine Kanini checks water meters on her weekly rounds, she recalls that 18 months earlier she could not aspire to this job. “We had mainly male meter readers,” Kanini said. “Then I was promoted to this position from gate keeping. I am happy with the work.” Over the past year, the Wote Water and Sewerage Company (WOWASCO), which serves the small city of Wote in south-central Kenya, has opened up opportunities for women such as Kanini in fields that were previously deemed suited for men only.

These changes are part of gender initiatives supported by the U.S. Agency for International Development’s Kenya Integrated Water, Sanitation and Health (KIWASH) project. To improve the lives and health of 1 million Kenyans across nine counties, the five-year project (2015–2020) focuses on developing and managing sustainable water, sanitation, and hygiene (WASH) services. Central to this objective is ensuring that everyone—especially women—has equal access to the opportunities created through improved WASH services, including jobs. 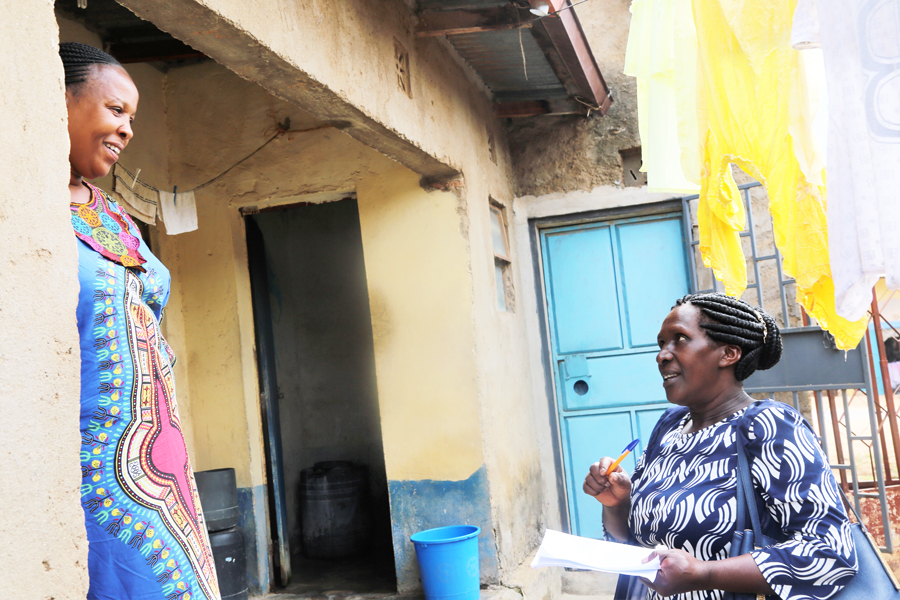 Men and women benefit from water differently—both as users and water services providers. As users, given their conventional primary role in child care, domestic work, and water collection, women and girls are most disadvantaged and even put at risk when they must travel several kilometers or queue for many hours at local kiosks to gather the water they need to complete daily chores.

While these adverse conditions have become widely known, women’s potential roles in water services are less understood. Specifically, women’s lack of engagement and voice in providing water services has detrimentally affected their economic opportunity in the sector—especially their ability to get jobs—and limited their influence on investment and service decisions. Kenya typifies this sectoral imbalance. Despite women’s heavy role in water use, men in Kenya have dominated almost every water utility and related decision authority.

Nationally, Kenya has made significant progress toward improving these inequities: its new constitution from 2010 lists access to water and sanitation as a basic human right and mandates equal gender representation in these public sectors. Likewise, the government’s Vision 2030 plan recognizes that gender equality will play a critical role in achieving the country’s development goals. Despite these stipulations, however, progress has been slow. To help the country increase gender equity, KIWASH analyzed 13 water utilities across the nine counties where we work to determine the barriers women face as both employees and customers and to identify areas for improvement. 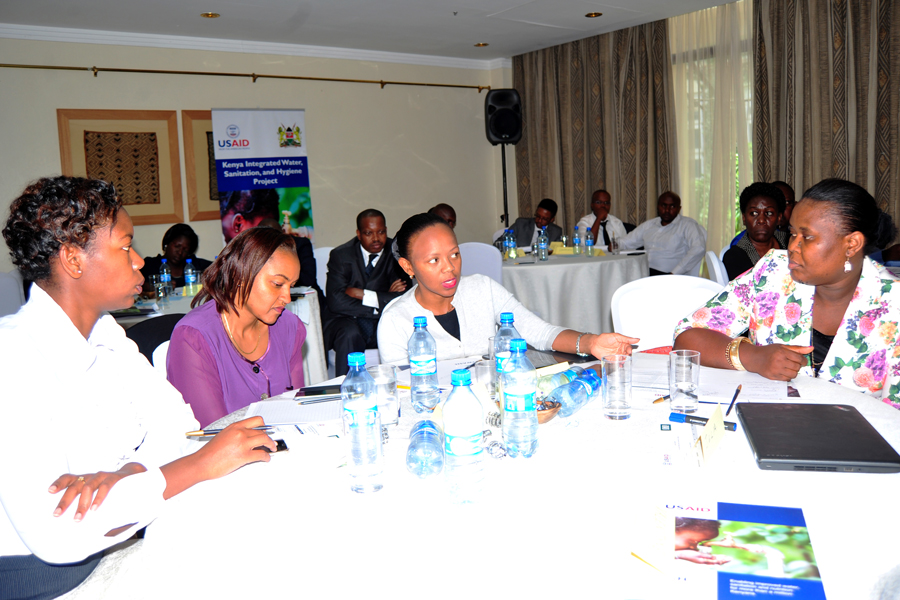 KIWASH’s assessment found that none of the 13 water utilities met the minimum requirement of 30 percent female representation—whether on the Board of Directors or in corporate or technical management roles. None were led by women or had in place approved gender or sexual harassment policies. In addition, utility employees generally perceived that discrimination existed in recruitment, job placement, and advancement, and in the treatment of pregnant or lactating women.

For example, the Nairobi City Water and Sewerage Company (NCWSC) employs 3,000 people. One year ago, only two of eight of the company’s leadership positions were held by women; today, men and women are equally represented.

Vicky Maiyo, the Donor Project Officer with NCWSC, described the progress she is starting to see. “Initially, leadership in the utility company was a male affair,” Maiyo said. “After the trainings, we have four women heading the regions and three of our six managers are women. And with technical work, like those operating water tankers, excavators, or driving heavy commercial vehicles, there is [increased female] representation where before those jobs were dominantly male.” 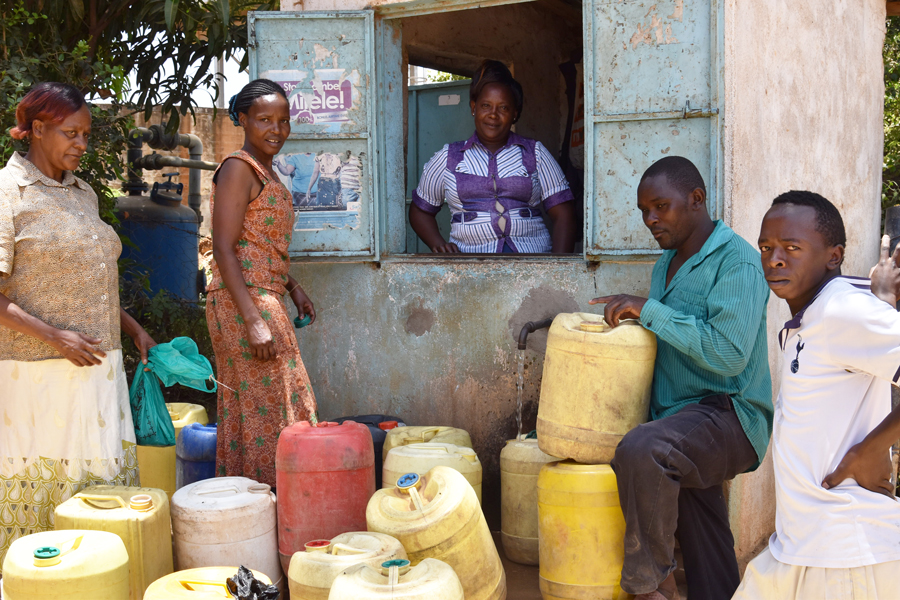 The KIWASH team has heard reports that women water staffers take more time to explain service delivery issues to customers and are particularly effective in collecting revenue, where customer relations are key. In one striking example, the best performer at NCWSC was a female staff member who collected KES120 million (US$1.2 million) in one month, setting a company record for monthly collection. Some water company staff have noted that women leaders have helped improve discipline among staff through closer monitoring and engagement.

In Wote, WOWASCO did not meet the 30 percent female representation required by law. WOWASCO is now encouraging and seeking out qualified women to apply for vacant board positions and lobbying the county government to consider recruiting women to its Public Service Board.

Two female WOWASCO staff were recently allowed to join the formerly all-male meter-reading team. They received on-the-job training and are now enjoying interacting with customers and learning more about the water delivery part of the business. “I like this job,” Kanini said as she drove from one house to the next in Wote Town, speaking with customers and reading meters. WOWASCO Managing Director Joseph Kuti is also pleased with the changes he is seeing. “We thought these were men’s jobs,” Kuti said. “Yet Christine performs well in her job. Her zone has the least complaints.” 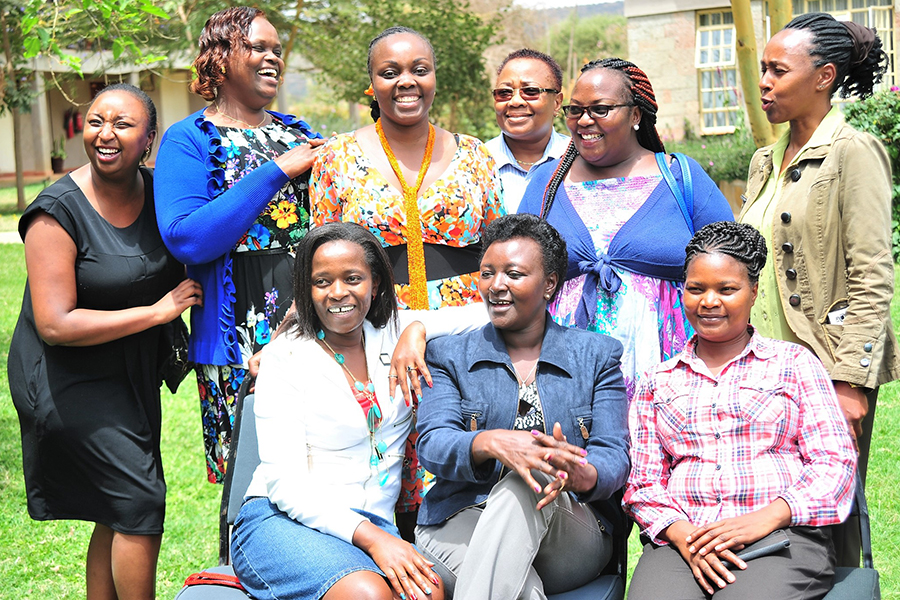 KIWASH’s gender assessment revealed another barrier women face: 85 percent of the utilities required a title deed to apply for a water connection. In a highly patriarchal society such as Kenya, men tend to hold such deeds. As a result, many widows and single mothers—especially in poor households—are unable to apply for water connections.

With support from KIWASH, two water companies have addressed this challenge. The Kitui Water and Sanitation Company no longer requires a title deed to apply for a water connection. Since the change, the connections officer noted that most new applicants are women without title deeds; dropping this requirement has helped hundreds of households to access water. WOWASCO also changed its application requirements and now only asks for an identification card. Kuti, the managing director, is at the forefront of promoting gender equity in service provision. “Our next step is to develop a gender policy for generations to come, so that the changes we are making last forever,” Kuti said.

Tailoring some of its key communications to women has also led to increased engagement from female customers. Maiyo recollects how NCWSC did not have a direct gender policy for customer outreach. “The company used to hold joint community meetings with men and women during feasibility studies,” Maiyo said. “Men would dominate the meetings. However, we have learned that in some communities it is better to hold separate meetings for men and women. As a result, women express themselves freely and this is a good step for the company as we obtain inclusive feedback from the community.” 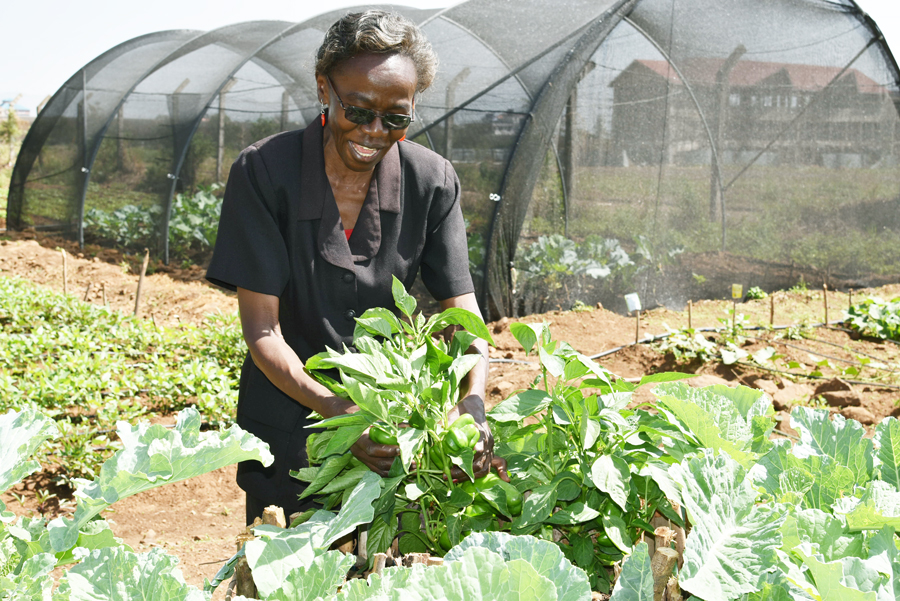 Gender equality is a fundamental human right but also necessary to fuel a prosperous and sustainable economic future in Kenya. With KIWASH support, Kenya’s water utility sector is increasing gender equity, providing more and better job opportunities for women, improving the workplace environment, and increasing access to water services for thousands of women.

Leaving the office to conduct field work, Kanini smiled and reflected on the opportunities now available to her. “My future at this company is bright; I have hope that I can be promoted to another position in the office,” she said. “Thanks to KIWASH, I have more opportunity and flexibility to organize my work, and my life will be better because of it.”