Just shy of Amman’s “7th Circle” on Zahran Street stands a car showroom featuring a different kind of sedan. Take one walk around the Renault Zoe and you will spot the difference. This 88-horsepower super-mini features all the design elements of a car twice its size, except one: a gas tank.

That is not all that distinguishes this little electric runabout. A colleague of ours, who recently moved to Amman, spotted the Zoe while car shopping. When he called to book a test drive, the saleswoman was brief: “We just sold our last one.” 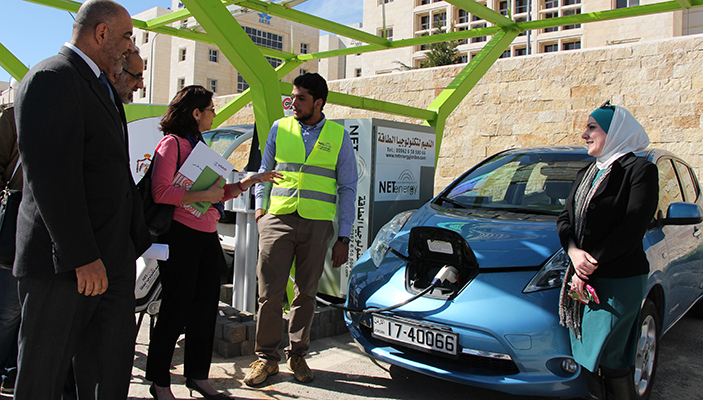 There is a run on electric vehicles in Jordan—on the Zoe, Nissan’s Leaf, and others—that has only just begun. The Royal Court recently purchased 200 for its fleet, and taxi service Mumayaz is about to roll out another 100. This growing market is thanks, in large part, to new regulations that enable private citizens or businesses to establish, own, or operate electric vehicle charging stations.

Developed with the assistance of the U.S. Agency for International Development (USAID)’s Jordan Competitiveness Program (JCP), these regulatory guidelines mark a key step toward unlocking massive investment in this sub-sector: JCP, which is implemented by DAI, estimates that Jordan’s nascent electric vehicle industry can attract $2 billion in investment in the next decade to develop charging infrastructure and networks as well as car dealerships and power providers. In the near-term, we expect some 660 jobs created just from our work in charging stations. 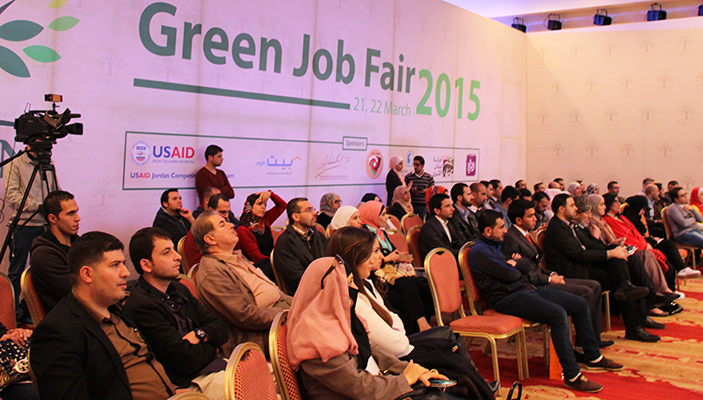 With no petroleum production and an economy that is burgeoning but struggling with the consequences of regional conflict, Jordan is driven by economic urgency as much as by environmental sense to embrace this tilt toward green technology. But the environmental case is compelling. Electric vehicles cut down on carbon emissions, especially since in Jordan they are increasingly powered by solar energy rather than fossil fuels—in line with the “zero-energy” mode of transportation envisioned by HM King Abdullah II. Investment in clean technologies such as electric vehicles also supports Jordan in addressing its commitments to reducing carbon emissions under international climate agreements.

In fact, with 330 days of sunshine per year, Jordan’s residents have long understood the value proposition of solar energy. From urban rooftops to hospitals and schools, photovoltaic panels are powering individual residences and institutions throughout the capital of Amman and beyond. But that kind of piecemeal reliance on sunshine is not enough to power an entirely new electric vehicle industry.

Work on enabling regulations began in 2014 when JCP facilitated the signing of a Memorandum of Understanding between the Ministry of Environment, Greater Amman Municipality, and the King Hussein Business Park, where the first electric vehicle charging station in Jordan was unveiled. A private sector consortium soon agreed to develop Jordan’s first pilot project—10 charging stations to support Amman’s municipal fleet.

When requested by Jordan’s Energy and Minerals Regulatory Commission (EMRC) to develop the regulations, JCP directed specialized technical and legal consultants to take into account international best practices and Jordan’s unique context. JCP also trained EMRC staff on the new regulations and answered their questions during a full-day workshop. Released in May 2016 by EMRC, these regulations—the first of their kind for Jordan and the region—define:

Amman as a Clean-Tech Capital?

How Jordan arrived at the cutting edge of zero-emissions transportation is a story of clear-eyed planning, stakeholder engagement, and technical assistance. The Global Green Growth Institute (GGGI) office in Jordan originally consulted the JCP team regarding Jordan’s interest in electric vehicles and other clean-tech interventions; the Ministry of Environment—one of the green “champions” with which JCP collaborates—later prioritized development of the electric vehicle industry under the National Green Growth Plan. While the new regulations allow both solar- and fossil fuel-powered charging stations, they encourage solar-powered stations through a more attractive electricity tariff. Of the 10 original pilot stations, five run on solar energy.

Early on, JCP helped push “pooling” and “wheeling” regulations to help build Jordan’s solar industry. This required our facilitating collaboration between private sector groups such as power companies, the EMRC, and EDAMA, a business association that seeks solutions for energy and water independence. “Pooling” enables a group of large energy consumers to develop a joint solar-power project and save on common infrastructure costs, while “wheeling” refers to how the electricity is transmitted. JCP continues to engage stakeholders on wheeling directives, including measures soon to be announced that will improve the approval process and transparency and increase investor confidence.

These regulations will make more clean energy available to more people while allowing government a role in how that energy is gathered and resold. Oversight by the EMRC is crucial because the renewable energy sector is growing rapidly, and the proliferation of systems—both on rooftops and in larger “solar farms”—has implications on the peak power experienced by the grid, on electrical infrastructure, the electricity tariff, health and safety, and other issues. 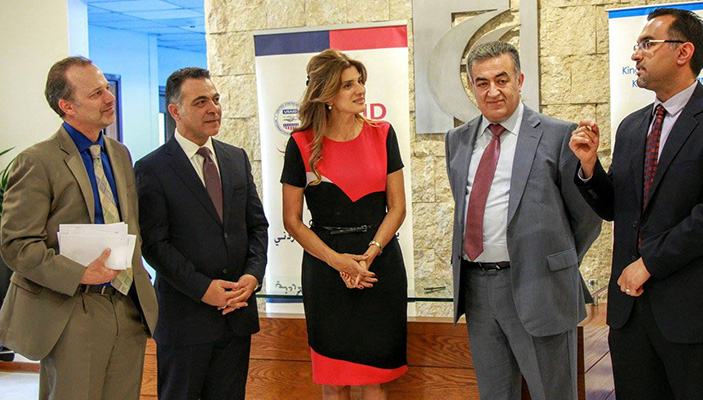 It has taken the JCP team three short years to take the electric vehicle charging station idea from the drawing room to the showroom. But we are just getting started.

With import duties waived on electric cars like the Zoe and Leaf, and with charging stations about to pop up at more locations, such as shopping malls, the incentives for consumers are clear. In fact, the Jordan Times recently published an article describing how the cost of a 400-kilometer trip in an electric vehicle would be roughly one-third that of the same trip taken in a petroleum-operated car—or less.

Making good on the promise of an electric vehicle industry will take more than just sound policies and good-sense economics; it will take qualified professionals who can help translate these new regulations into practice. That is why JCP is working to build the technical and legal capacity of EMRC staff, who will oversee implementation of the new charging station licensing procedures.

Now in its third year, JCP prides itself on laying the groundwork for a series of firsts in the Kingdom, including launching the home health care initiative with the King Hussein Cancer Center, and kick-starting an Internet of Things industry with Intel and Jordan’s leading universities. Our economic development program is about more than one-off achievements—working with partners in government and the private sector, we want to make Jordan’s whole economy more competitive, regionally and globally.

As part of this ambitious objective, with two years left in our mandate, the JCP team hopes to leave behind the people and processes that will help Jordan sustain its momentum in green growth toward a cleaner and more prosperous future.