In February of this year, I had the honor of being appointed to the Advisory Committee on Voluntary Foreign Aid. ACVFA was established after World War II as a link between the U.S. Government and private organizations active in humanitarian and development work overseas.

Today, U.S. Agency for International Development Administrator Rajiv Shah consults ACVFA almost like a Board of Directors. I recently attended my first meeting, and the time I got to spend with Dr. Shah, his team, and members of this diverse committee afforded me insight into USAID’s strategic thinking at an important moment. 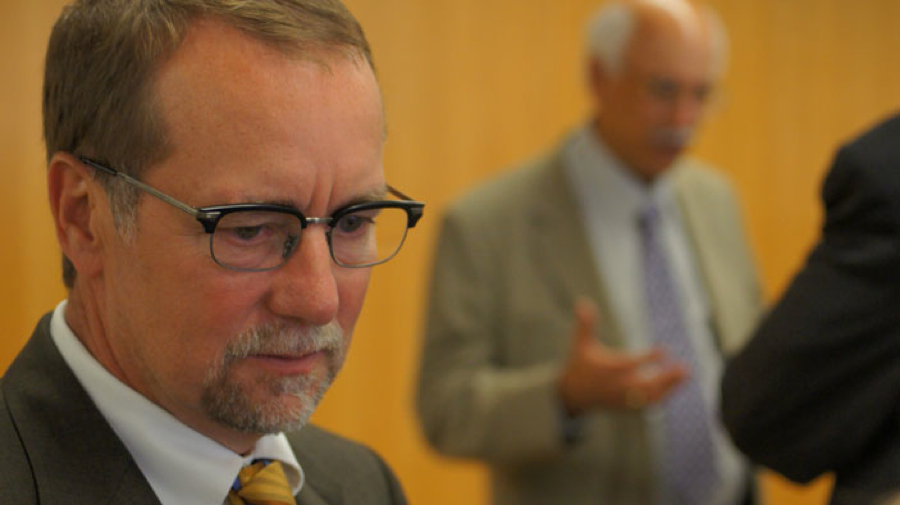 It’s important because the agency has just launched its new mission statement:

“We partner to end extreme poverty and promote resilient, democratic societies while advancing our security and prosperity.”

Ending extreme poverty—that’s a bold statement. And not just ending extreme poverty, but putting and end date on it: 2030. This bold target might look merely aspirational were it not for the evident thought that has gone into it and the palpable commitment to back it up over the next decade. Key to that commitment is a new appreciation for the possibilities of partnership. It is no accident that the mission statement begins with “We partner.” For USAID, partnering is an active process that is fundamental to the development process itself.

The range of partners USAID is embracing is growing. At the ACVFA meeting, Alex Thier—Assistant to the Administrator for Policy, Planning, and Learning—reflected that when he started his career, 80 percent of resources flowing into developing countries came from donors. Now it is a fraction of that: most of those in-flows now come from businesses, foundations, philanthropies, individuals, diaspora groups, and so on. These are the sectors to which USAID is looking for ideas, support, and synergy. USAID perceives rightly that there is enormous opportunity in working alongside these new players to facilitate the influx of resources and brainpower in ways that deliver the development impacts we all want.

The April 3 launch of the U.S. Global Development Lab—hosted in New York City by Dr. Shah and former Secretary of State Hillary Clinton—was a remarkable example of the new approach to strategic partnership.

In establishing the Lab, USAID and its 32 “Cornerstone Partners”—universities, corporations, foundations, and others—have come together to enhance the contributions science and technology can make to development, create a global hub of development innovation, and take these innovations to scale faster than was possible before.

At DAI, we have been working with USAID on some of the early-stage efforts to make this vision a reality. Take the Odón Device. Designed in his garage by Jorge Odón, an Argentine car mechanic who took inspiration from a YouTube video about getting corks out of wine bottles, the device helps save babies in complex labor situations—of which there are millions every year. It was brought to light by the “crowdsourcing” efforts of USAID’s Grand Challenges for Development program, which is supported by DAI. The idea has since been featured in the New York Times and is now being developed for global distribution by Becton, Dickinson and Company, one of the United States’ largest manufacturers of medical equipment.

Inspired by a mold-breaking outreach campaign, more than 2,500 development entrepreneurs like Mr. Odón have brought forward their ideas to Grand Challenges, and the Agency has funded more than 100 of them, while leveraging $125 million in external funding from investors in its expanding circle of partners.

Another example is the alliance of NASA and USAID. Working together, their SERVIR program combines the best of what both agencies have to offer by applying imagery and data from NASA satellites to development issues here on Earth: “connecting space to village,” as they put it. The resulting products—to predict fires or flooding, map biodiversity and hydrology, and other applications—are being developed for users such as governments, industries, and development agencies: anyone whose decisions will benefit from a clearer, more insightful picture of our planet. DAI is managing a major part of the SERVIR program designed to evaluate, scale, and replicate the program’s impacts.

Then there is USAID’s partnership with ConocoPhillips in Timor-Leste, where despite large offshore gas resources, 40 percent of the people live in extreme poverty, earning less than 88 cents per day. Leveraging investments by ConocoPhillips in commercial greenhouses, the Developing Agricultural Communities (DAC) project works with 416 former subsistence farmers in the country’s first commercial fresh produce value chain. When these farmers joined the project in 2010, the annual median income in rural areas was $127. By 2012, the median income of DAC’s participating farmers had jumped to $900, and last year it reached $1,374. These are the kinds of leaps that must become the norm if we are serious about that end date for extreme poverty.

DAC, SERVIR, and Grand Challenges are just three of more than 100 projects that DAI—which now proudly incorporates HTSPE Ltd.—is implementing for USAID, European donors, and other clients around the world. I came away from my first ACVFA meeting convinced more than ever that in this diverse portfolio, DAI has its very own innovation lab. We have always been committed to sharing what we learn in the laboratory of our field projects; we must now ensure that this learning is translated into tangible innovations that help our partners move the needle on poverty and all the ambitious goals that drive us.

I believe we have the culture and the capabilities to do this. DAI was instrumental in helping USAID set up the Global Development Alliances program, through which the Agency has formed more than 1,500 public-private partnerships with 3,500 distinct partners since 2001. A couple of years ago, in a global poll conducted by Devex, DAI was named among the world’s “Top 40 Development Innovators”—one of only 10 consulting firms so honored. And just this April, our land tenure work in Rwanda was named Outstanding International Development Project 2014 by the London-based trade organization British Expertise.

Fresh thinking has been the hallmark of our work for more than 40 years. This must remain the case if we hope to help our partners—old and new—tackle the “grand challenges” of the 21st century.