In times of crisis—a natural disaster, political upheaval, or a global pandemic, for example—the social contract is often threatened. Governments must respond immediately despite operating with limited data, external groups with unknown agendas may choose to intervene, and vulnerable groups face greater risk of exploitation. “Power grabs” in times of upheaval can range from domestic oligarchs protecting the status quo, to informal gangs seeking economic profit, to insurgent groups hoping to provoke disorder.

Well-intentioned actors can also affect power dynamics in destabilized environments, for good or ill. Following the fall of Al Bashir in Sudan, new political alliances have sought to fill gaps and address unmet social needs. In post-earthquake Haiti, international organizations jockeyed counter-productively for funding injected into the local economy. But equally, as the example of Tunisia shows, the answer is rarely a hands-off approach that tolerates governance failures and leaves power vacuums to deteriorate.

So what’s to be done? The question is pressing because COVID-19 has destabilized countries across the globe. The pandemic has served as a convenient excuse for opportunistic actors to silence dissent, reallocate funding, and perpetuate fear. In Asia, for example, Malaysia’s national government has restricted journalism and reporting on the pandemic and amended parliamentary seating for political advantage, while in the Philippines emergency legislation has expanded executive power. Elsewhere, nonstate actors and insurgent groups have exploited the pandemic for nefarious purposes, as evidenced in Mozambique where escalating violence fueled by misinformation has forced families from their homes.

Our experience in Pakistan and Somalia suggests that, as so often, a highly contextualized, locally driven approach offers the best chance of success by enabling timely responses to the specific drivers and manifestations of power grabbing.

In Pakistan, the coronavirus has stirred community tensions along sectarian and religious lines. It is widely believed that the spread of COVID-19 was exacerbated by individuals returning from pilgrimages to Saudi Arabia and Iran, and by other mass religious gatherings within Pakistan. The clerical establishment refused to ban prayers or enforce social distancing at places of worship, putting thousands at risk. Banned extremist organizations such as Ahl-e-Sunna Wal Jamaat (ASWJ) intentionally distorted perceptions of the situation and blamed Shia pilgrims returning from Iran while downplaying evidence that the infection had entered Pakistan via multiple routes. This narrative was picked up in popular discourse, spurring hate speech against minorities, Shia and otherwise. ASWJ and others also targeted Shia members of the federal government, accusing them of bringing Shiite pilgrims into Pakistan as part of an Iranian conspiracy against the country.

Discrimination also affected relief efforts in other religious communities. Welfare organizations in Karachi have been accused of refusing to provide relief to Hindu and Christian communities. Other conservative elements declared ration drives as “anti-Muslim” because of a false association with the controversial Ahmadi sect of Islam. These incidents exemplify how extremist groups seize opportunities to deepen societal divides in pursuit of their own agendas. 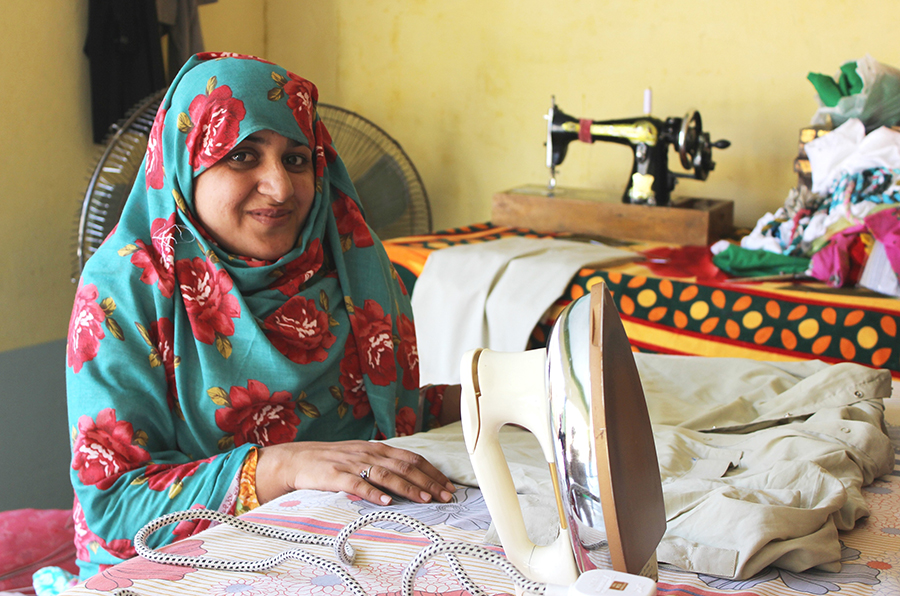 Sadly, COVID-19 is far from the first time Pakistan has confronted extremist groups using disasters to further their agendas. Typically, they employ two main strategies: first, characterizing adverse events—such as the earthquakes of 2010—as the wrath of God and a result of so-called “un-Islamic” behavior; second, establishing charitable wings of their organizations to collect money and help affected communities. Such charity builds support for extremist groups while implying the failings of the state. These charitable groups operate openly in Pakistan, and many people are unaware that they are associated with organizations banned by the government or that donations may be used not for relief efforts, but for nefarious activities.

CRA-S has addressed this issue through public service campaigns and educational sessions that emphasize “safe charity.” Following initiatives orchestrated around major Muslim holidays—such as Ramazan and Eid-ul-Azha, when charity peaks—communities have changed their giving practices and spread their growing awareness to others, to ensure that donations are supporting people truly in need. CRA-S’s successes in mitigating opportunities for power grabbing by extremist groups is due to a programming model that emphasizes local, community-based responses, from trusted interlocutors.

The example of Tunisia shows that merely avoiding a power grab is not in itself a solution to the challenges of political transition. Nearly 10 years on from the start of the Arab Spring in Tunisia, the absence of effective governance in the country has been exposed by a succession of challenges, including COVID. Following the upheaval of 2011, President Ben Ali, the repressive ruler of Tunisia since 1987, resigned and fled to Malta. While Tunisia’s democracy has made progress over the ensuing decade, its institutions remain weak. The government’s response to COVID-19 was indicative: it underestimated the threat, moved slowly to enact preventive measures, then compounded its missteps with stringent restrictions and poor case management. Once the ministries did get involved, their lack of coordination was exemplified in the absence of operational headquarters or a national emergency information system. The result: contradictory civil orders and domestic chaos. 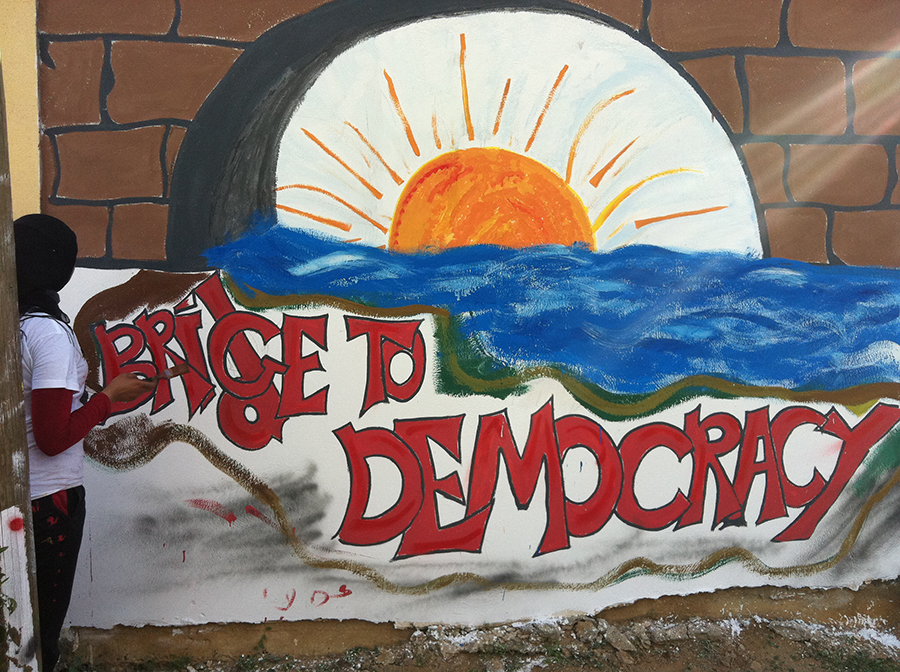 With more pressing regional priorities capturing their attention (Libya and Syria), Tunisia remains low on the international donor priority list, and dismantling 25 years of dominant institutional ideology has proven beyond any one donor. Traditional power grabbing was not a feature of the Tunisian revolution; instead, the population called for transparency and participation in determining a roadmap for the country. Yet those catapulted to power—either by design or happenstance—failed to make positively directed decisions for fear of upsetting the country’s delicate stability. Transitioning from authoritarian rule to systems of pluralism does not in itself fix state capacity and corruption. Fundamental reforms such as reducing budget excesses would increase unemployment and arouse popular resentment, so were avoided by the transitional governments. Today, absent those hard decisions, Tunisia continues to tread water, as reflected in ineffective disaster response, stalled reforms, fragmented political parties, and dissatisfaction with political representation and civil society organizations alike.

Al Shabaab’s durable presence in Somalia illustrates the extremist group’s ability to evolve to maintain relevance in this fragile state. Despite more than a decade of concerted international investment in the African Union Mission to Somalia (AMISOM) and the Somali National Army (SNA), Al Shabaab is still a potent security threat.

As a result of SNA/AMISOM offensives and local community efforts to dislodge the group, the percentage of Somalis living under Al Shabaab actually dropped from 55 percent to 5 percent between 2011 and 2016. In spite of the contraction in territorial control, the group remains a formidable force able to disrupt movement between towns, mount complex attacks, and extort payments. According to Somalia-based think tank Hiraal Institute, Al Shabaab collects up to $15 million in “tax” payments monthly from businesses in the nation’s capital. 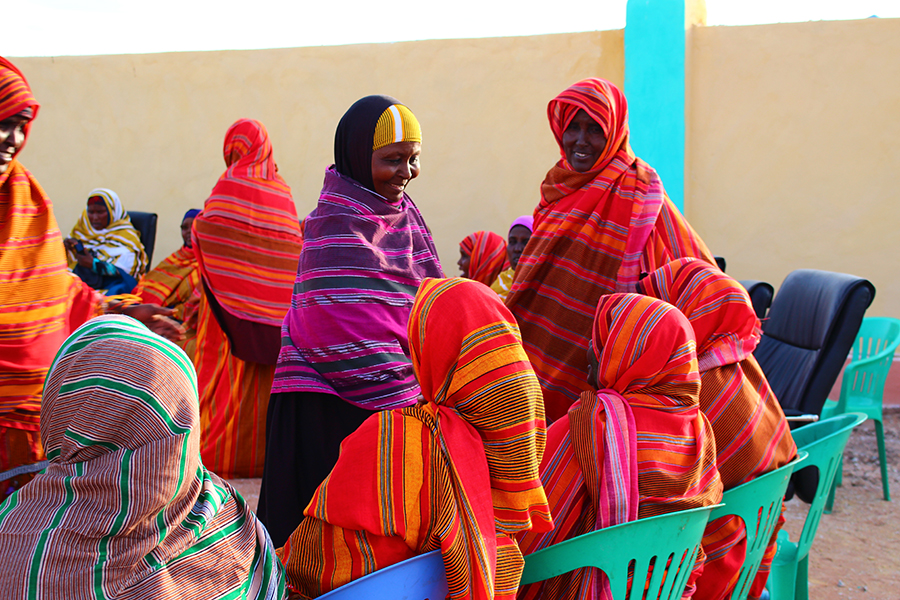 The combination of deeply entrenched structural grievances with complex clan and community dynamics remains fundamental to the group’s survival. The most significant structural factors that fuel support for Al Shabaab include a co-opted justice sector that privileges powerful clans and elites; lack of accountability by formal and informal security forces; weak capacity and pervasive corruption at every level of government; a sense of political and economic exclusion among minority clans; and unresolved inter- and intra-clan conflicts.

Programming should address the factors that underpin support for Al Shabaab by:

As the world prepares to build back better in a post-COVID-19 era, the development community must support local actors in fending off illegitimate power grabs. The widespread resilience demonstrated by so many countries during the pandemic offers some encouragement on this front, and while there is no single template to counter power grabbers—the challenges are specific to time and place—acknowledging power-grabbing considerations in program design and implementation will help us seize the opportunities before us.

Hodan Hassan, a DAI consultant, is Executive Director of Kulan Consulting; Christy Martins is DAI’s Global Practice Manager for Stabilization and Peacebuilding; Lindsay North is a DAI Research and Learning Specialist; Celestine Procter is a DAI Senior Stabilization Specialist; and Abby Yarger is a DAI Women, Peace, and Security Specialist.