Urbanization, globalization, and structural changes in the economies of many developing countries have contributed to the rapid growth of informal urban economies. In some Sub-Saharan countries, for example, up to 90 percent of nonagricultural employment is informal.

Many of these urban residents are engaged in survival-type activities such as street vending1. These microentrepreneurs are reluctant or unable to formalize — to register as a business or taxpayer — and cannot take advantage of the legal, financial, and marketing benefits offered, in principle, by judicial, banking, and economic systems. Most of these microentrepreneurs are very poor and chronically vulnerable to economic or other shocks. Some are even targeted by the authorities for eviction or prosecution. But there are ways that legal and regulatory reform initiatives in developing countries can be better focused to facilitate inclusive growth and improve the resilience of very poor, urban microentrepreneurs.

With few exceptions, existing laws, institutions, and policies governing economic and social interactions in developing countries do not afford equal opportunity or protection to the poor, women, or other vulnerable populations. Instead of fostering inclusive growth, these countries’ governing frameworks, or the way they are implemented, impose barriers and biases against the poor. Most of the benefits and protections are available only to elites. Most business law and regulatory reforms undertaken today primarily target the needs of established, larger, formal sector businesses. Such top-down approaches assume that an improved business-enabling environment (BEE) will eventually benefit the poor and encourage formalization, but the reality is that many urban microentrepreneurs have no choice but to remain informal. Increasing the resilience of these poor microentrepreneurs requires a reorientation of BEE reform approaches, in line with the pro-poor approaches used in access to finance, private sector development, or governance reform programs. 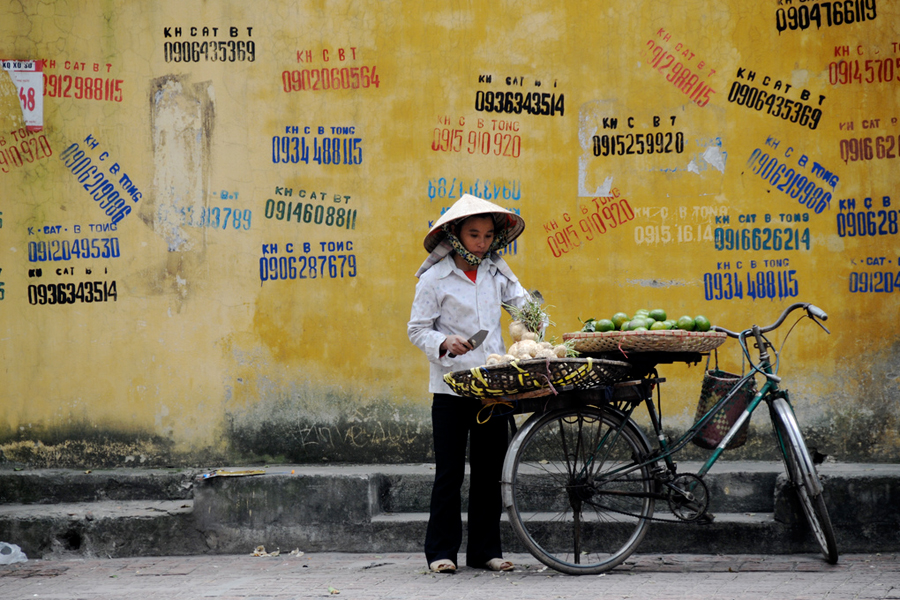 Building on our experience with donor programs and on recent research, we offer four concrete recommendations for improving the business law and regulatory reform process: 1) target specific communities or regions; 2) take sector- or value chain-specific approaches; 3) adapt reforms to directly meet the needs of informal sector actors; and 4) adopt Legal Empowerment of the Poor principles. Integrating these approaches into BEE reform initiatives will assist the urban poor to access legal protections, grow their businesses, and improve their livelihoods — all of which will increase their resilience to future shocks and stresses.

BEE reform typically starts with high-level analysis of national legal and regulatory frameworks and centers around legislative drafting. More often than not, laws and regulations from industrialized countries are used as models. And while international models are a good starting point, the resulting reforms tend to be one-size-fits-all and ignore how laws and regulations are actually implemented on the ground.

Working closely with microenterprises and other stakeholders in specific urban or peri-urban neighborhoods allows for a far more accurate assessment of legal and regulatory constraints and helps ensure that reforms reflect the needs of local businesses. Approaches include establishing public-private dialogue mechanisms and coordinating legal reforms with other local initiatives, such as those to increase access to finance, provide business development services, or support workforce development. Such local reform initiatives should include mechanisms for team members to provide input to national policy reforms.

In Jordan, for instance, we found that the obstacles faced by poor microentrepreneurs differed greatly from the issues addressed by the standard menu of reforms prescribed by international best practices. For example, interviews revealed that most vendors did not own their business premises, so issues relating to the transfer of real estate — typically a priority for BEE reforms — were less relevant than the legal problems vendors faced as tenants. Accordingly, there was more interest in reforms relating to landlord-tenant law and accessible dispute resolution methods.

Another way of targeting BEE reforms to enhance the resilience of the urban poor is to focus on the value chains or sectors in which they work. In 2008, DAI introduced the Competitiveness Impacts of Business Environment Reforms (CIBER) approach, a sectoral look at BEE constraints. This bottom-up approach to improving the regulatory environment for businesses helps reformers assess and quantify the economic impact of constraints on competitiveness in specific value chains through the use of cost-modeling techniques. CIBER then supports stakeholders in prioritizing legal and regulatory constraints, gauging the political and economic feasibility of proposed reforms, and developing advocacy approaches to promote sustainable change.

DAI economists have applied CIBER in various agricultural value chains in Brazil, Cambodia, Moldova, Serbia, and Zimbabwe. In targeting microentrepreneurs in urban areas, we have found that it makes sense to look at value chains that provide services and produce goods on which residents spend significant income — such as food distribution, furniture making, electronics repair, and transportation — or that have linkages to local industry.

Meet The Needs Of Informal Actors

The informal economy is now recognized as a basic feature of modern capitalist development rather than a marginal, temporary sector. Economists also better understand the complex linkages between formal and informal economies, as well as the continuum that exists between the two2. BEE reforms have typically sought to impose formality on informal economy actors, ignored them, or targeted them for eviction and prosecution, as happened to street vendors in Tanzania as part of that country’s Doing Business reforms3.

Given the variety of economic actors and contexts, reforms need to target specific subgroups within the informal economy. Understanding a microentrepreneur’s decision to remain informal will help identify reforms that encourage other microentrepreneurs to formalize4. Regulations such as street vendor licensing regimes must be tailored and accessible to small-scale operators, while also balancing the claims of other urban stakeholders and protecting the public.

While traditional BEE reforms focus on reducing the costs of administrative compliance, increasing the benefits of formality — such as ensuring minimal property rights and workplace security, or improving contractual relationships, dispute resolution services, market information, or access to finance — would create more effective incentives to formalization and ultimately increase the resilience of those able to obtain the protections afforded by formal systems5.

Fostering more equitable linkages between formal and informal actors through legal and regulatory reform can help reduce the vulnerability of poor microentrepreneurs and build their resilience to adversity. For example, formal laws can constrain formal sector actors, such as landlords transacting with informal businesses, and mandate that formal sector actors provide the pro-business conditions and protections that the private sector in industrialized countries takes for granted. Claire Dickerson, a leading legal scholar, argues that formal law can be most effective for microentrepreneurs if it assists them in coordinating their efforts and in creating or negotiating for basic protections.

Business law should focus on functionality: “how to assist informal sector businesses by increasing the predictability of transactions while limiting government abuse, all in connection with the formation, operation, and, ultimately, termination of a business”6.

Formal business law frameworks in developing countries tend to be legal transplants, and countries, donors, and implementers need to pay more attention to social norms, economic conditions, or customary law governance methods — raising the quality and fairness of customary governance methods while also developing paths to the formal system. BEE reforms should be packaged and promoted within the appropriate cultural context to be successful, and existing practices may provide a blueprint for reforms to formal law.

A good way of integrating these approaches is to ensure that the poor have a voice in the reform process through effective public-private dialogue. In Cambodia, the U.S. Agency for International Development (USAID) Micro, Small and Medium Enterprise project, implemented by DAI, worked with hundreds of small enterprises in the clay tile, swine, aquaculture, water, honey, and ecotourism industries and the corresponding public sector regulators. Input from these business sectors, as well as extensive networking, dialogue, procedural analysis, and capacity building, resulted in revisions to 35 laws and regulations to decrease red tape, improve government efficiency, and protect the public and workers. For example, the DAI team worked with stakeholders to develop safety and licensing regulations for the handicrafts industry, improved regulations for the delivery of water, and helped develop a World Trade Organization-compliant trade remedies law in response to client fears of import surges and dumping of swine and farmed fish7. Such reforms have improved the resilience of microentrepreneurs in Cambodia.

Legal Empowerment Of The Poor

Empowering the poor directly can also increase their resilience.</p>

An approach called Legal Empowerment of the Poor (LEP) is defined by one of its leading advocates as “the use of legal rights, services, systems, and reform to directly alleviate poverty, improve influence on government actions and services, or otherwise increase freedom [of the poor]”8.

In 2005, the Commission on Legal Empowerment of the Poor (CLEP) was established, bringing together former heads of state, scholars, and policy makers. Its 2008 final report, Making the Law Work for Everyone, identified four LEP pillars: access to justice and the rule of law, property rights, labor rights, and business rights. While some CLEP recommendations remain controversial, it is a valuable resource for practitioners9. Of particular interest for BEE reforms are the tools and approaches discussed under business rights, the most fundamental of which are the “Basic Commercial Rights” to work, to vend, to a work space, and to related public infrastructure. This CLEP framework can help target BEE reforms to specific subgroups. For example, achieving basic commercial rights is critical to microentrepreneurs such as street vendors.

Improving the BEE reform process to strengthen the resilience of the urban poor is a challenging, long-term endeavor. None of the reform recommendations outlined above is by itself a silver bullet. Strategies and tools must be merged and adapted to the social, economic, legal, and political contexts at hand, with participation by all stakeholders, including, most importantly, the targeted population.

Pro-poor, bottom-up approaches in developing countries will likely not work unless combined with traditional, top-down reforms that engage the public sector and political and economic elites, which invariably resist reforms that threaten their power or wealth10. Even technical regulatory reforms such as licensing street vendors can be difficult and highly politicized. Our approach, as development practitioners, is geared toward inclusive legal and regulatory reform — empowering the disenfranchised while presenting to entrenched bureaucrats and elites the business case that building an inclusive legal framework will benefit all.