A DAI-led project in Vietnam that touched the lives of 60,000 private businesspeople, partnered with five government entities, and many more institutions and groups has come to a close after 10 years.

The Vietnam Competitiveness Initiative (USAID/VNCI), funded by the U.S. Agency for International Development in two phases, started in 2003 with the goal of redefining the concepts of governance and competitiveness in Vietnam by supporting high-priority, complex initiatives in regulatory reform and infrastructure development.

“USAID/VNCI II evolved from a project that focused on business-specific and sector-specific support with ad-hoc policy studies in USAID/VNCI I to a highly strategic, integrated project that responded to some of the most complex institutional reform challenges facing Vietnam,” said Jim Winkler, the project’s team leader from 2007 to 2012. 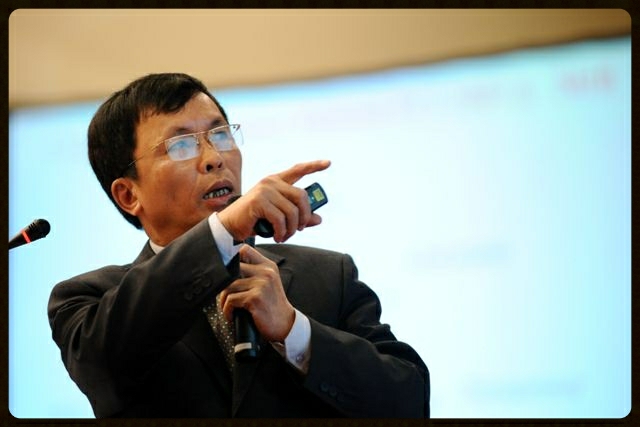 “The project did not work at the margins, but undertook the biggest challenges and aimed at the highest levels of leadership in the government, the private sector, and civil society to bring about change,” said the project’s second team leader, Scott Jazynka.

Among VNCI’s most impactful activities was its support of “Project 30,” the Vietnamese government’s plan to simplify administrative procedures, create efficiencies, and make it easier for firms to do business. With the technical support of VNCI, the Vietnamese Office of Government and Prime Minister’s Special Task Force completed a far-reaching reform exercise, inventorying administrative procedures at all four levels of government, standardizing them, abolishing the unnecessary ones, and amending thousands of them. The savings in compliance costs for business and citizens are estimated to be as much as USD$1.5 billion per year—if all of the recommended measures are implemented by the Government of Vietnam.

Business-enabling regulations and regulatory institutions created and supported by the project include the National Database for Administrative Procedures, an online portal housing more than 100,000 dossiers of administrative procedures, forms, and legal documents that improve visibility into the rights and responsibilities of regulators, businesses, and citizens; the Administrative Procedures Control Agency, launched by the Prime Minister in November 2010 to provide quality control in regulations; 87 administrative procedure control units at central and provincial levels; and a revised Law on Laws in 2008 that required public consultation and regulatory impact assessment for all new and revised laws, ordinances, and decrees.

One of the more high-profile successes of VNCI was achieved in partnership with the Vietnam Chamber for Commerce and Industry (VCCI).

With the overarching goal of improving economic governance and competitiveness, the benchmarking Provincial Competitiveness Index (PCI) represented the voice of the private sector to support national and provincial reforms based on specific, measurable indicators of underperformance. USAID/VNCI and VCCI visited more than 50 provinces to provide diagnostic assessments, engage in public-private dialogue, and support provincial reform initiatives. The annual PCI results were much anticipated by the media and the event regularly attracted 500 leaders and representatives of the private sector, academe, government, and diplomatic community. In addition to becoming an influential policy tool for the central and provincial governments, the PCI also has become a resource for potential foreign and domestic investors in Vietnam over the past seven years.

The PCI provides a transparent, evidence-based ranking and analysis of the regulatory environment and economic governance in all 63 provinces.

“The PCI report and findings that augment the voice of an average of 8,000 domestic enterprises and 2,000 foreign enterprises annually through the most comprehensive firm survey in the country are widely referenced in policy dialogue by the Prime Minister, the U.S. Ambassador, ministers, academics, bilateral and multilateral donor officials, and journalists,” said Winkler.

“Most importantly, more than 25 provincial People’s Committees issued decisions and resolutions with action plans to improve governance, economic performance, and investment climate,” he added. “These decisions and resolutions, often based on the province’s PCI results, show government determination to support the private sector while contributing to the enhanced capacity of local administrations. PCI changed the dialogue, allowing sensitive issues of corruption, transparency, legal institutions, and land tenure and security to become part of the national dialogue.”

Vietnamese government leaders saw the benefits of the PCI as well. “We use the PCI information to develop a vibrant business sector, particularly in high value-added industries, to make Da Nang a city of high technology and a great tourism destination with a green environment,” said Tran Van Minh, Chairman of the People’s Committee of Da Nang City. “The PCI can also contribute to increasing national competitiveness by reinforcing good practices in economic governance.”

All the provinces, said Dr. Vu Tien Loc, President of VCCI, have shown interest in the PCI. “The annual PCI results have helped leaders of many localities know their governance capacity and they are motivated to implement reforms to upgrade their business environments,c he said. “PCI improvement not only beautifies the image but also helps attract investment and increase state budget revenues.”