Public-private partnerships (PPPs) have a long history as effective mechanisms for delivering infrastructure projects and more recently as vehicles for service provision. The use of PPPs for land administration services is less common, though there are a few notable successes in developed economies. In a development context—where donor-funded titling or tenure regularization projects often face serious challenges of sustainability—a PPP approach could provide a model for completing reforms nationwide and sustaining the progress achieved on a given project. DAI, which recently implemented a land tenure regularization project on one of several islands that comprise Cabo Verde, is exploring the possibility of completing that nation’s cadaster via an innovative PPP.

An archipelago approximately 570 kilometers west of Senegal, Cabo Verde embarked several years ago on an ambitious program to modernize and integrate its land registry and land administration functions. Starting in 2012 with support from the Millennium Challenge Account (MCA), Cabo Verde launched a far-reaching legal reform and began to implement an innovative, multipurpose cadaster on four of the country’s nine inhabited islands. Under the MCA program, DAI completed systematic registration and established the unified cadaster on the first target island of Sal. Work is currently under way on three other islands, with MCA funding, but Cabo Verde must address how to extend this reform to its remaining five islands—not merely creating the new cadaster, but ensuring a sustainable transition in which the new cadaster is used and updated for all subsequent transactions. Achieving this objective will involve institutional change and coordination among national and municipal government entities. 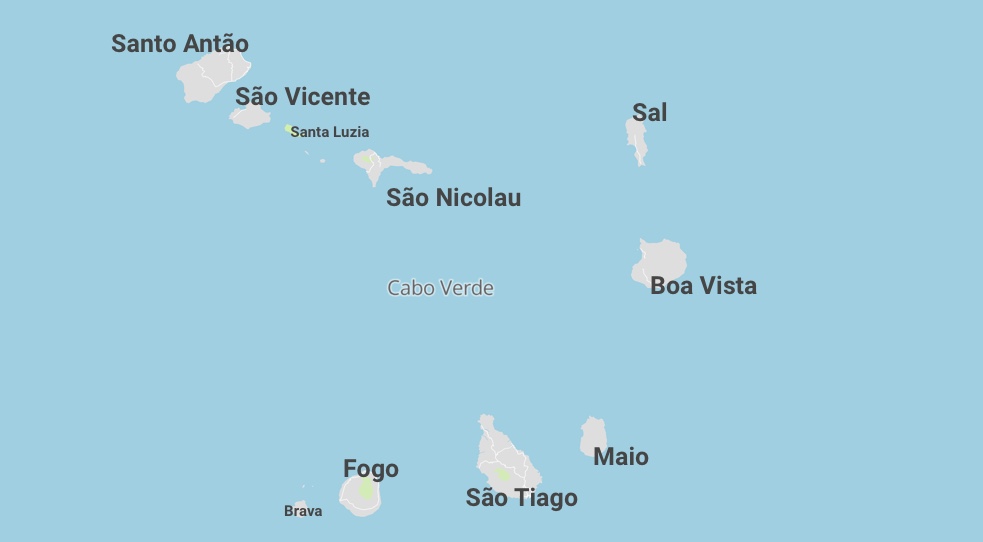 A PPP approach would provide a mechanism to: a) complete the regularization and modernization of the cadaster on unfinished portions of the nation’s territory, using a private entity experienced in systematic titling and regularization; b) relieve the host government of sole responsibility for financing the up-front cost of such work; and c) ensure a smooth transition to a sustainable use of the new cadaster by granting a concession period to a private entity experienced in land administration. Cabo Verde presents a promising venue to explore the use of a PPP in the land administration sector, given its manageable size, the head start provided by the MCA project, and the relative sophistication of the existing electronic government platform on which the new land information transaction system is being built.

Timing is critical because it will be problematic to have half the country operating with the new cadaster and the other half lagging behind. Completing the work on the other islands will require substantial capital, in addition to technical expertise, both of which a PPP could provide. For that reason, the Government of Cabo Verde has expressed interest in exploring this option with DAI, with the goal of establishing a new transaction system that records all future transfers or changes of real property rights pertaining to all parcels. 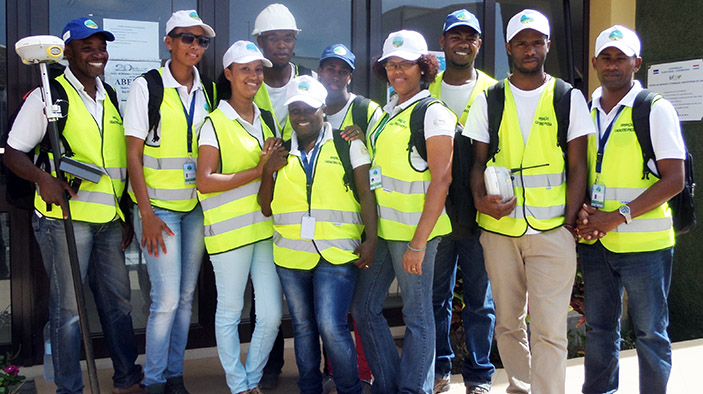 The term “PPP” is used in different ways to cover a range of contractual arrangements, but the concept has core elements that are suitably captured in the World Bank’s definition of the PPP as “a long-term contract between a private party and a government entity, for providing a public asset or service, in which the private party bears significant risk and management responsibility, and remuneration is linked to performance.” Typically, a PPP may be used to provide one or more of the following benefits:

In the United States, PPPs date back centuries, one of the earliest examples being the Lancaster Turnpike toll road in Pennsylvania (1793). Toll roads are a classic example of a PPP: the private entity builds the road with its own financing according to specifications provided by government and typically under some degree of government oversight, both during construction and the later operation phase. The private entity’s cost, and eventually profit, is subsequently provided by toll fees paid by users during the pre-negotiated concession or lease period. This period may also be subject to renewal options, and the amount of fee charged is typically regulated by the government, which benefits by having the road built without having to provide the capital up front. Just as significantly, the state (and users) benefit from what is normally superior maintenance over the life of the concession or operation period, which may stretch over decades and allow for renewal periods. The reason for better maintenance, inherent in most PPPs, is that the private party has a built-in incentive to keep the road in good condition because its revenue depends on user satisfaction.

In addition to infrastructure projects such as roads, bridges, tunnels, ports, airports, and rail systems, PPPs have been used as means to deliver water, power, education, health, housing, prisons, and, yes, land administration services. A critical element of all these examples, and for any PPP, is the revenue stream generated during the operation phase. Absent an adequate revenue stream, the PPP will likely not be viable. In the land administration context, and particularly in Cabo Verde, it will be important to examine whether and how a sustainable revenue stream can be reasonably projected and over what time period the private entity’s investment can be expected to be recovered with an adequate return.

The foremost example of a successful PPP in land administration is undoubtedly in Ontario, Canada, whose land registry is operated by a private company, Teranet. The transition began in 1991 and in 2010 Ontario extended the concession to Teranet until the year 2067. In 2014, Teranet was awarded a similar contract to operate Manitoba’s land registry for 30 years, with 10-year renewal options. Although Teranet is the most complete PPP in the land sector, the following countries (or regions within them) have either partially privatized land registry services or are in the process of doing so:

The cost and revenue model in any PPP is critical. In the Cabo Verde case, cost has two main components: a) the capital investment needed to complete the new cadaster on all islands, including any unfinished work on the MCA islands; and b) operating costs to maintain the cadaster and provide ongoing registry services to the public, including maintenance of the information technology platform.

MCA and its implementers have a good sense of the capital cost required to complete the new cadaster, having built the pilot cadaster on Sal. The per-property unit cost will be significantly lower on the remaining islands, given the considerable costs in the Sal project that were related specifically to its nature as a pilot. Subsequent operations and maintenance costs will depend greatly on what services the private entity will offer to the public and what services will be retained by the public entities. For example, would the execution of an “escritura publica de compra e venta” (a public sales deed) for a property still be handled by the Ministry of Justice’s Cartorio, with the private entity entering into the process only once the transaction has been registered in the cadaster, or “registo predial”? Or would the private entity handle this paperwork with only light supervision from the Cartorio?

Perhaps the most critical issue for a Cabo Verde PPP is the private entity’s revenue stream. The challenge will be achieving sufficient revenue in transaction fees (or in annual fees) from the relatively small base of parcels (or more precisely “predios”—that is, property units—which can be ground parcels or condominium units, known as “fraçoes”). We estimate the number of predios in Cabo Verde to be in the 250,000 to 300,000 range. This corresponds to a population estimated at 500,000.

Once the land registry system in Cabo Verde is modernized and the integrated cadaster is complete in a given area, it will be mandatory to record any transaction in the new register, which will increase the level of formally recorded transactions. (Approximately 5 to 10 percent of properties change hands in a given year). The PPP would rely primarily on transaction-based fees, such as charges for: notarized public sales deeds; recordation in the real estate registry; recording mortgages, easements, or other liens to title; changes of ownership by succession (inheritance); or property transfer taxes. Other sources of revenue would include document and search requests such as issuing cadastral identification certificates, providing official copies of deeds, and executing title, mortgage, and lien searches.

If the volume of such requests is not enough to enable full cost recovery and an adequate return on investment for the private entity, it may be advisable to include a percentage of the annual property tax in the revenue stream. Importantly, tax revenues can be expected to rise with a more complete cadaster, as has been the experience in other countries. A spatially enabled database makes it much easier to assure that 100 percent of each island’s surface area enters the cadaster and that no parcels are missed in the tax base. The fee levels charged to the public would likely be negotiated among the PPP partners to ensure fairness to all parties, including the public. Prevailing fees for some of the procedures listed above are indeed quite high ($152 for a notarized sales deed, for example, or $210 for recordation in the legal registry), but it may be possible—and advisable—to reduce some of these charges, since at their current levels they tend to discourage the formal recording of transactions.

The private partner would expect to receive a significant percentage of such fees, at least until it has recovered its costs. DAI has proposed to the Cabo Verde government a “gain share” revenue model, in which DAI would be entitled to an allocation of the expected revenue increase over the baseline income at the time the PPP enters in force.

PPPs can take a variety of approaches to concession length. The private partner might, for example, be open to a structure whereby the length of the concession is conditioned on audited cost recovery and a predetermined return on investment, after which the registry/cadaster would be turned back over to the Cabo Verde authorities. Alternatively, the concession period could be fixed (based on an estimated return on investment), probably in the 15- to 20-year range, with optional renewal periods.

As a small country, Cabo Verde offers a relatively small transaction base for the purpose of cost recovery, yet on the other hand its manageable size makes it a feasible proposition to operationalize a PPP on a national scale in a reasonable timeframe. DAI is excited about the discussions under way with the Cabo Verde government to take the next step, which would be a full-scale feasibility study supported by detailed financial modeling.