Pandemics begin with a single case but don’t stay that way: since 2000, avian influenza has killed 440 people in 14 countries, Ebola more than 11,000 people in 10 countries, and severe acute respiratory syndrome (SARS) 770 people in 37 countries. The first deaths were reported locally in Hong Kong (1997), Guinea (2013), and China (2002), respectively. HIV/AIDS was first contracted by a human from a primate in West Africa—since 1981, AIDS has killed 35 million people, including 675,000 in the United States.

These crises galvanized the U.S. government to enact programs to help at-risk countries contain emerging diseases, and these programs are working. For example, programs funded by the U.S. Agency for International Development (USAID) and implemented by DAI, such as the STOP AI and RESPOND programs, were credited with limiting the spread of avian influenza and substantially strengthening outbreak response capacity.

In 2014, USAID doubled down on this work in global health security, launching the Emerging Pandemic Threats-2 suite of programs. The EPT-2 suite includes the DAI-led Preparedness & Response (P&R) program team, working in target countries to strengthen national systems in the prevention, detection, and response to emerging pandemic threats. 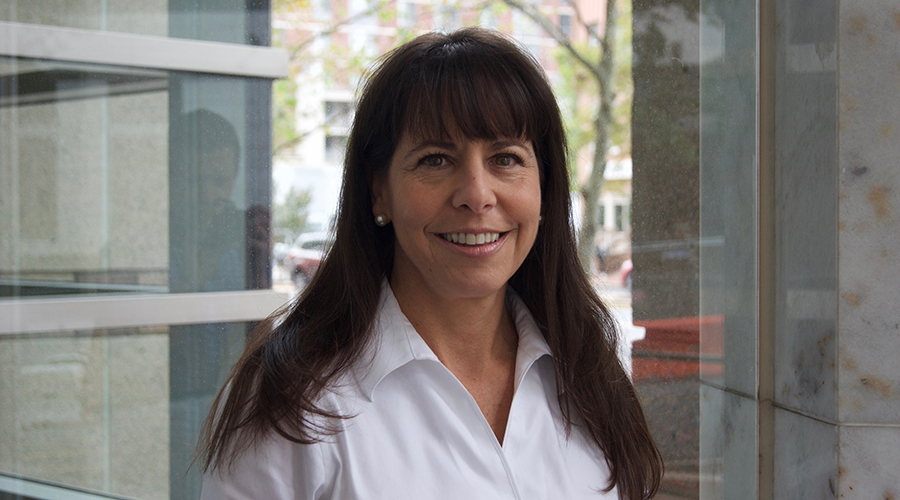 AIDS, Ebola, others … what causes a pandemic-threat disease and what factors cause them to spread?

“These were zoonotic diseases—diseases that happen when a pathogen from an animal spreads to humans. Increasingly, we’re finding human intrusion into animal ecosystems, increased animal-based food production, growing international trade, and expanding international travel have increased the opportunity for ‘spillover’ into human populations. There are 7.5 billion people on this planet, with increasing global travel. Human beings are more mobile than ever—which means pathogens are, too.

“P&R works with international partners to help governments in 15 countries—why were these countries targeted for USAID investment preventing, detecting, responding to, and containing emerging pandemic threats?

“These are countries at high risk. They have a history of disease outbreaks, warm climates, and growing human populations that have been encroaching on wildlife areas. Some countries may also lack a health-systems infrastructure, which makes them more vulnerable to these threats.” 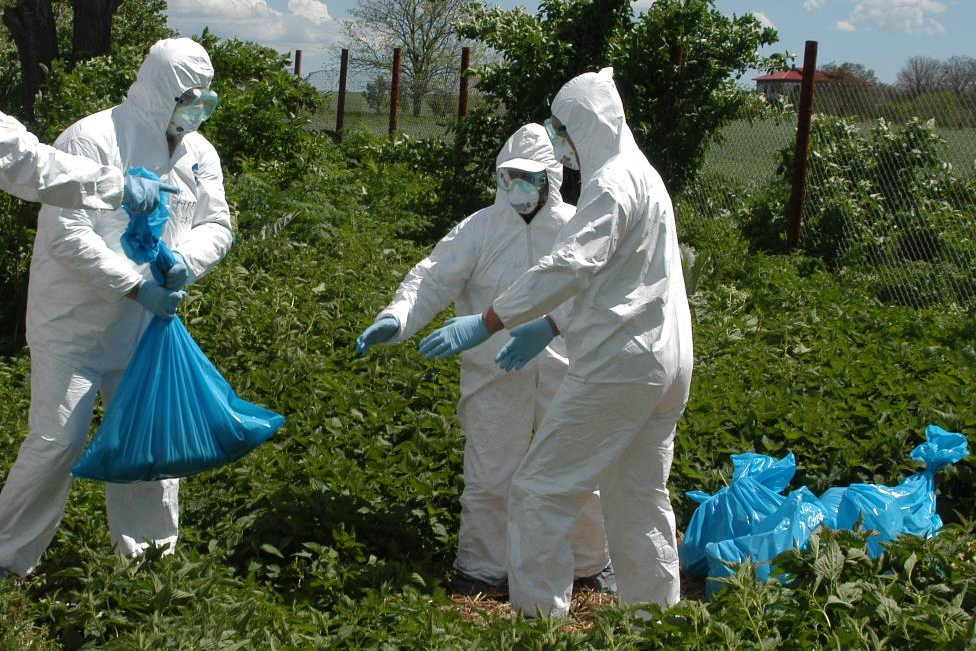 What was the tipping point that prompted this response—both the global health security effort and the Preparedness & Response program in particular?

“The international community has spent an enormous amount of time and money over the years reacting to HIV, Ebola virus disease, and avian influenza, to name a few. When it comes to health security, loss of lives, and economic and societal disruption, an ounce of prevention is worth a pound of cure.

“We cannot afford to just respond to pandemic threats anymore; we need to be proactive about preventing them. That means working to improve country government systems and planning for preparedness and response, which is where P&R sits. By focusing on systems and planning, the P&R program helps bridge the gap between traditional health-systems strengthening activities and specific global health security needs.”

How does the P&R project strengthen systems and planning?

“The project uses the One Health approach to ensure that national systems and plans bring the right resources to the table. That means medical doctors working with veterinarians, local health care providers working with emergency responders, the private sector working with the public sector. The multisectoral coordination mechanism that makes this possible is what we call a One Health platform, which we are developing in each of the 15 countries where we work.

“A One Health platform coordinates implementation of a variety of prevention, detection, and response activities to pandemic threats for the country government—everything from prioritizing zoonotic diseases or drafting a One Health strategy with the U.S. Centers for Disease Control and Prevention, to integrating disease surveillance, to multisectoral planning and rapid response training. 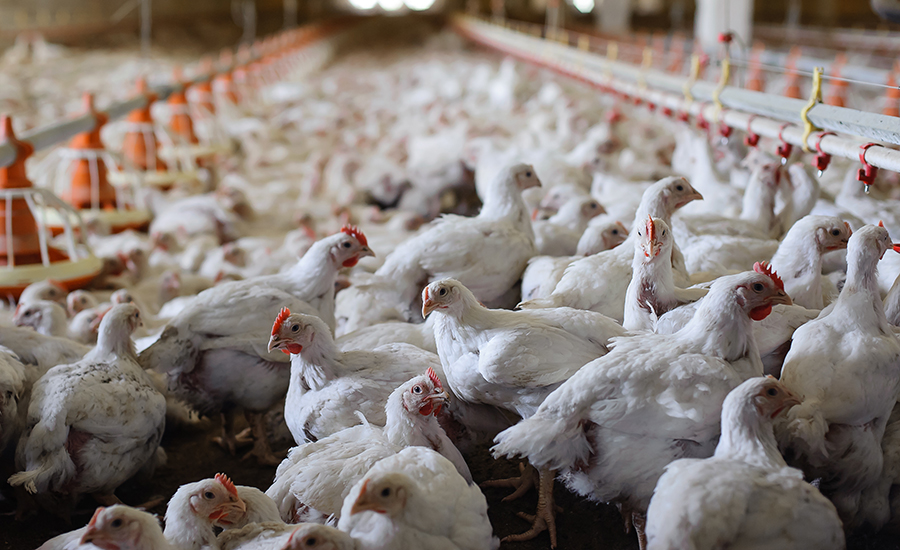 Two Ebola countries—Liberia and Sierra Leone, where 8,700 people died—recently “launched” their One Health platforms. What does that mean in practical terms?

“It means the country is committed to supporting the One Health approach and addressing global health security, and they’ve put the systems and people in place to do it. But formalizing their One Health platforms is just the first step. These countries need to review and test their plans and the specific protocols and operating procedures that outline how the human, animal, and environmental health sectors will work together in different scenarios. They need to strengthen the relevant workforce, surveillance systems, and laboratory capacity to prevent, detect, and respond.

“There have been great examples of the power of the One Health platforms already, such as Bangladesh’s and Uganda’s avian influenza responses and Uganda’s recent Crimean-Congo hemorrhagic fever response.”

Did the Ebola outbreak of 2014—the same year P&R was launched—teach us anything?

“Again, it taught us the importance of building a strong preparedness and response infrastructure during ‘peace time,’ before the next outbreak strikes. It also highlighted the need to broaden the One Health community to include stakeholders in immigration, security, education, commerce, and the private sector—which can be a particularly important partner for mobilizing resources.”

What are typical challenges to creating One Health platforms?

“In many countries, health ministries are stronger and better resourced than the other sectors. This inequity extends beyond funding—animal health and environment sectors also tend to have weaker surveillance data and human resource capacity.

“We are working with the platforms to address some of these limitations, by improving the practice of One Health—coordinating advocacy, resource mobilization, strategy, planning, training, data sharing, surveillance, and rapid response.” 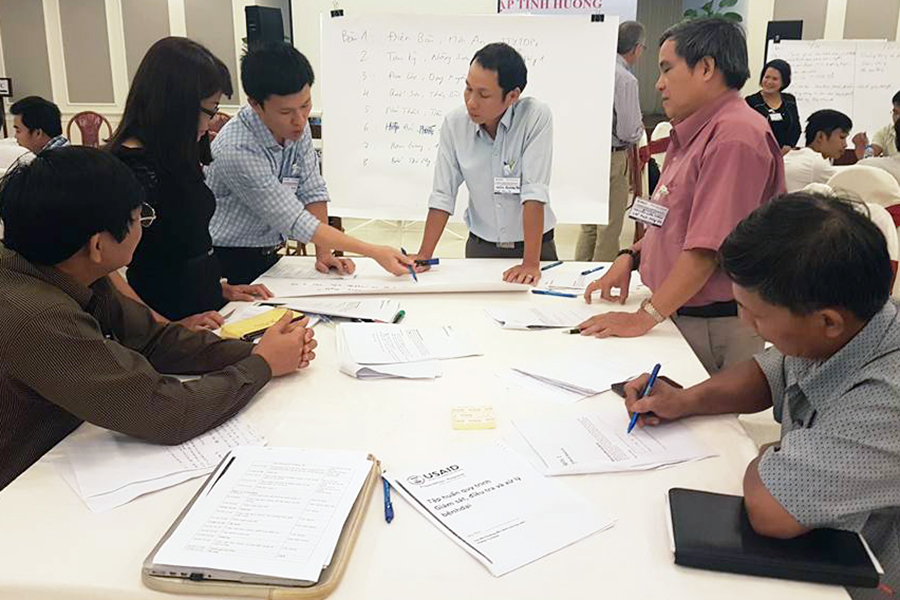 What are next steps for P&R—and for global health security—in continuing to improve prevention, detection, and response?

“As our project and the One Health platforms we support move closer to accomplishing their planning and strategy objectives, training and guidance will take on a larger role in effective implementation. So we are looking at developing planning guidance for provincial and district implementation, as we’ve done in Indonesia. Recently, in Cameroon, we supported platform training for district-level emergency operations centers; we have also trained Rapid Response Teams for the West African Health Organization (WAHO) at the regional level.

“Because so many improvements will need to be made at the subnational level, it is essential to build a network of One Health technical specialists. This is the network of doctors, epidemiologists, public health specialists, veterinarians, and environmental experts that DAI has spent the past 20 years developing, not just on P&R but also on the Stop AI and RESPOND projects before it, and several earlier bilateral projects in Indonesia.

“Last, P&R has also spent significant time in defining and simplifying technical guidance to the One Health approach. Our upcoming project technical guide includes a series of activity toolkits—toolkits the project is developing with feedback from both international and country government partners—that will make it easier for country platforms to implement these activities themselves.

“I think the global health security community has made so much progress in the past 10 years. But we are going to have to continue to do more to leverage the resources we have from both international and country government partners.”