It’s hard to imagine that The Gambia emerged only recently from 22 years of authoritarian rule: first impressions are of a vibrant and happy nation. Surrounded by Senegal to the north, east, and south, The Gambia is known as the “smiling coast of Africa” because Gambians are said to possess a knack for putting people at ease.

Now three years into a new era of democracy, the people of The Gambia appear determined not to allow those two dark decades to taint their broader inheritance. A European Union project—the State Building Contract 1 Supplementary Support (SBC1)—is helping them repair some of the damage of the Yahya Jammeh regime and adhere to their deeper cultural traditions of tolerance and trust, with a particular focus on the security sector.

Yahya Jammeh seized control of The Gambia in 1994 through a military coup. His relationship with the people of The Gambia is complex. The first 10 years of his rule are widely deemed fair and progressive, but his second decade was increasingly marked by paranoia, extreme views, and regressive policies. Following a short period of dispute, he stood down in 2017, having lost the election to the current President, Adama Barrow.

As a way of securing his influence, Jammeh had systematically targeted then-powerful individuals across government, public, and private sectors—including the security sector. Elements of the security community are thought to have operated autonomously beyond even the control of Jammeh, in the belief that they were executing the desires of the leadership. Broadly speaking, those who complied with the regime’s interests were rewarded. Those who resisted were sidelined, intimidated, coerced, or worse.

The truth as to why and how abuses were instigated—and by whom—is scattered into many pieces; an independent Truth, Reconciliation, and Reparations Commission (TRRC) is endeavouring to establish the facts based on publicly broadcast witness testimony. Although not a court of law, the commission will make recommendations for executive actions once the process is complete. What is clear is that trust—among the security institutions, across government, and between the security sector and the public—was damaged. 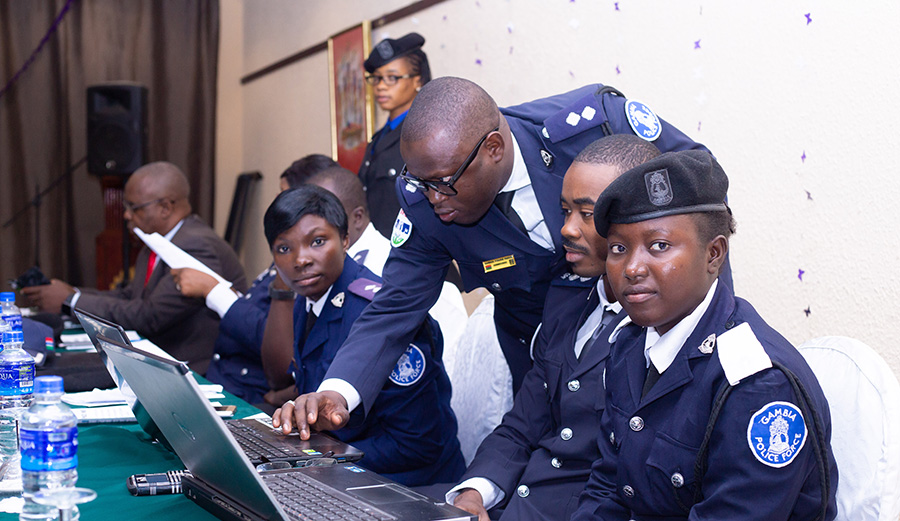 Security Community—Victim of the Regime

The security sector itself was a victim of the regime. Security institutions were kept weak and isolated, so the regime leadership could manipulate their work and maintain control. They were refused opportunities to professionalize, train, or equip to better deliver people-centric security. Multiagency and cross-departmental collaboration—key to effective security—was rarely allowed, and more often actively discouraged.

Instead, the regime fomented a culture of nepotism, corruption, distrust, and suspicion between agencies. The security community was unable to build overarching security policies, strategy, and operational good practices. Responsibilities were unclear—creating overlap, competition, and confusion between the various agencies and institutions. Delegation of authority to empower leaders and managers was heavily constrained, mistakes were punished harshly, and successes rewarded inconsistently, creating an atmosphere of uncertainty and fear. Mechanisms for multiagency communications, command, and control were denied. Nor could information sharing agreements be developed—such as those needed to build a comprehensive analytical threat assessment.

Project Trust and the “Critical Mass”

SBC1 started in September 2018 with the objective to support sustainable, inclusive growth and democratic and economic governance in The Gambia. The project works across four components—public finance management and procurement, statistical data management, business environment issues, and security sector reform—each managed in close cooperation with its key stakeholder: namely, the Gambian Public Procurement Agency; The Gambia Bureau of Statistics; the Ministry of Trade, Industry, Regional Integration and Employment; and the Office of the National Security Advisor (ONS).

Initially, SBC1’s security sector work focused on the development of a national security strategy and a security sector reform strategy. Additional activities involved police reform and vetting for security institutions. But in July 2019, the EU Delegation and the ONS approved a comprehensive plan called Project Trust.

Project Trust signals a more practical and more challenging phase of SBC1’s security sector reform efforts. It works with the security community to rebuild trust in security sector personnel through national vetting processes; build faith in the integrity of its knowledge by means of multiagency intelligence analysis; bolster confidence in its counter-terrorism strategy and contingency plans; and reassure key partners of its preparedness by holding multiagency simulation exercises.

In September 2019, a multiagency team of Gambian security sector officials—called “the critical mass”—came together to design, lead, and implement Project Trust. The critical mass comprises senior staff from the Armed Forces, State Intelligence Service, police, immigration, Ministry of Justice, the Financial Intelligence Unit, and the ONS.

At present, the Gambian security and intelligence community’s ability to conduct deep research, analysis, and assessment of threats to the security of the country is limited. The new project team will build a multiagency analysis team to develop national security assessments on behalf of the Office of the National Security Advisor.

Project Trust is focusing on two key areas: security vetting and counterterrorism. Between January and April 2019, DAI developed a Security Vetting Implementation Plan with national and EU stakeholders. With the national agencies’ buy-in, Project Trust is now tasked with implementing its recommendations. To support these efforts, SBC1 organized in September 2019 a study trip for select officials to Kosovo, which has many similarities with The Gambia both in terms of demography and, most importantly, the process of security sector reform. 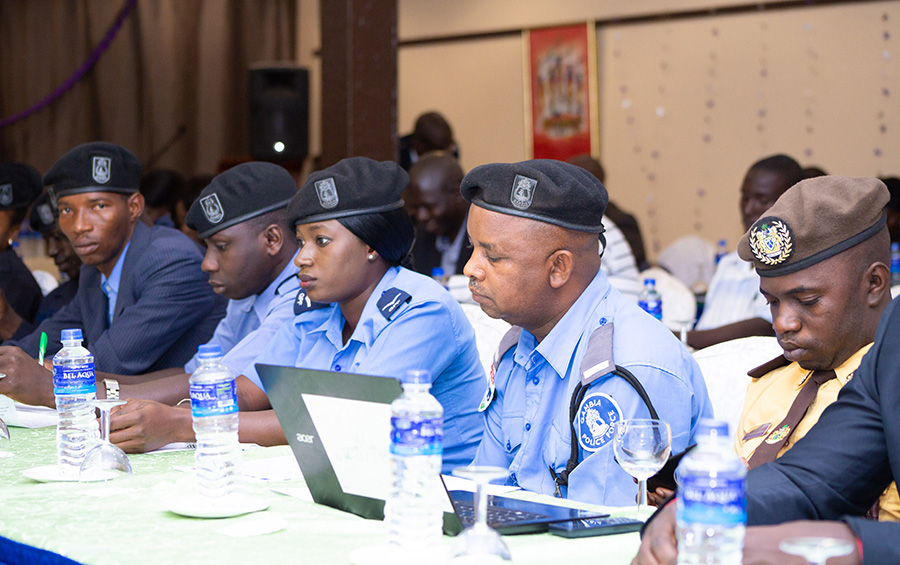 Counterterrorism is a particularly pressing concern, given The Gambia’s proximity to the Sahel, where militants have been known to move across countries though porous national borders, targeting among others the tourism industry. The Gambia’s economy is strongly dependent on tourism, which provides 20 percent of GDP annually.

In addition to bolstering the security and intelligence agencies’ ability to detect and pursue terrorists, the counterterrorism strategy will identify preventive measures and develop contingency plans in the event of an attack. Taking a “whole-of-society” approach, it will seek to involve all citizens in its implementation, launched with a public conference in May 2020, including a live simulation exercise showcasing the “4 Ps” model for countering terrorism.

The 4 Ps of Counterterrorism:

Security sector reform in The Gambia will no doubt entail difficult decisions and present both risks and opportunities. Similar projects in Africa and elsewhere have had to unfold over a generation or more because it takes that long to unwind the mindsets and behaviours of security sector actors co-opted by dictators. At the risk of sounding complacent, this does not appear to be the case in The Gambia. Rather, it’s as though the security institutions themselves have been held hostage for 22 years, and, on release, immediately returned to ways more in line with wider Gambian society.

The security community itself demands reform and is unfazed by the obstacles. They are determined to keep taking small steps, but moving quickly toward a more comprehensive, people-centric security. These are strong foundations on which to build.

DAI’s Chris Jagger is SBC1’s Security Sector Reform Expert. DAI’s work on SBC1 draws lessons from across a multiclient portfolio that includes work to reform the police and security in the Democratic Republic of Congo, enhance justice sector accountability in Sierra Leone, or improve citizen engagement with the security and justice sectors in Honduras. DAI’s global expertise, knowledge, skills and research from these various projects feed our Center for Secure and Stable States (CS3).