Amidst the development aid community’s many shifting enthusiasms, few concepts have as powerful and enduring appeal as the need to support citizen participation. Participation has featured prominently in assistance debates since the 1950s, losing attention in some periods but then reliably reemerging as an apparent panacea to the shortcomings of top-down approaches.

Participation promises to help advance two core development priorities: improved socioeconomic outcomes and citizen empowerment. Aid providers argue that participation contributes to aid effectiveness in multiple sectors because it generates information on citizen needs and helps secure support in implementation. They also believe that giving people a voice in development programs is valuable for its own sake, as a way of empowering citizens. 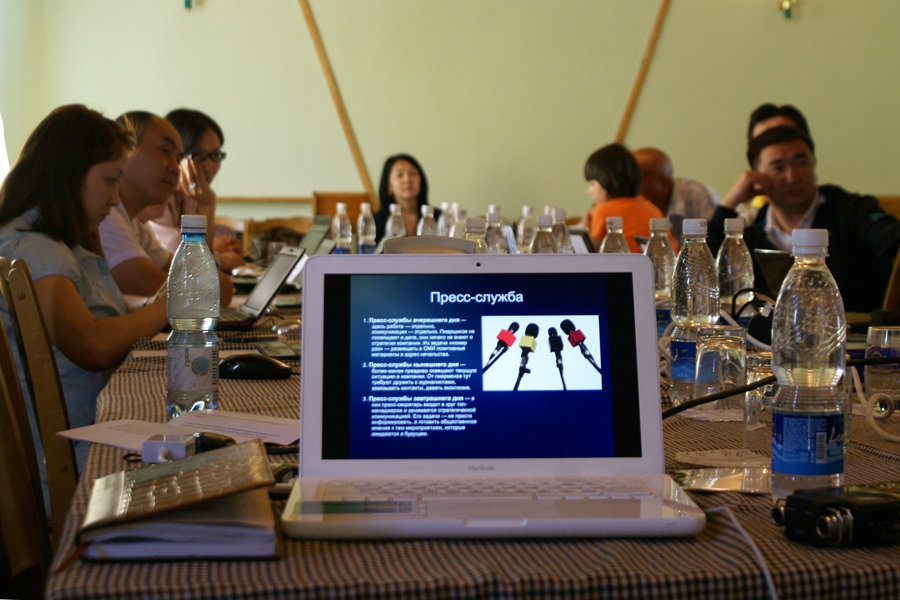 The rationale for supporting participation as a means to better development outcomes has broadened over the past two decades, expanding from an initial focus on public consultation—such as holding town hall meetings to inform local communities of a new infrastructure project—to the idea that mobilizing citizens and fostering demand for public services can contribute to better governance. Participatory programs are now expected to enhance civic capacity, empower marginalized communities, increase government accountability, improve service delivery, reduce poverty, and more.

Within the broad trend toward aiding participation, development agencies have invested billions of dollars in local community development and decentralization programs. Aid providers see such programs as particularly promising opportunities to advance both empowerment and poverty reduction. Their logic is clear: community programs bring decision making closer to the people. Local governments appear more accessible to citizens and thus susceptible to public pressure for improved services.

Yet in a review of some 400 studies of decentralization programs, Mansuri and Rao find limited evidence that such programs reduce poverty or increase accountability and civic capacity. Mansuri and Rao argue that most local participatory programs are driven by naïve assumptions that fail to consider two major issues:

Development organizations do not explicitly distinguish between organic participation, characterized by citizens acting independently of and sometimes in opposition to the government, and induced participation, where donors or governments encourage people to participate. Aid providers expect participatory projects to have the same empowerment effects as organic social movements. Yet induced participation rests on an inherent paradox. It requires top-down efforts to encourage citizens to stand up against power holders. Such efforts are unlikely to be effective unless they are supported by at least some elements of the state.

Aid programs embrace participation as a way to address both market and government failures but tend to ignore the possibility of civil society failures, notably the serious collective action problems and capacity deficits within local communities. Project planners expect that relatively modest programs can lead to linear, uninterrupted, and transformative changes in poverty and empowerment. Yet power relations and social hierarchies are as unequal and sometimes even more entrenched at the local level as at the national level. As a result, ordinary citizens usually lack the capacity to monitor and hold service providers accountable and local elites often capture most program benefits. Participation is costly for the poor, both in terms of the political risk it entails and the time and resources they are asked to invest in development programs from which they may not benefit.

These findings on local participatory programs resonate with the conclusions of major reviews of other types of support to participation. Alina Rocha Menocal and Bhavna Sharma’s evaluation of citizen voice and accountability programs for seven Western donors points to disappointing results on poverty reduction and highlights the problems of overly high donor expectations, a lack of attention to power relations, and the flawed assumption that citizen voice automatically improves state accountability. Rosemary McGee and John Gaventa’s review of transparency initiatives for the Institute of Development Studies similarly stresses the need for more attention to the relative strength of citizens and power holders, the critical role of a responsive state, and the importance of linking donor-supported participation with more organic forms of citizen action.

Participatory aid needs to move away from a model of participatory projects as standalone endeavors toward building linkages with domestic institutions and directly supporting citizen empowerment.

Aid providers often see citizen participation as a tool to compensate for state weakness or put pressure on non-developmental governments. Yet the evidence suggests that programs are only sustainable if citizen activists have government partners capable of taking forward their efforts; local development projects that attempt to bypass domestic institutions in favor of donor-created structures do not work well. Donors need to bring citizens and states together, especially when the government is democratic and creates institutional space for participation. This does not mean that all state actors within a country need to be equally supportive for programs to be effective. In many cases, national leaders are more open to citizen participation than local authorities that feel directly challenged. Mansuri and Rao thus advocate a sandwich approach to push local governments to improve performance through bottom-up citizen demands and top-down central government pressure. 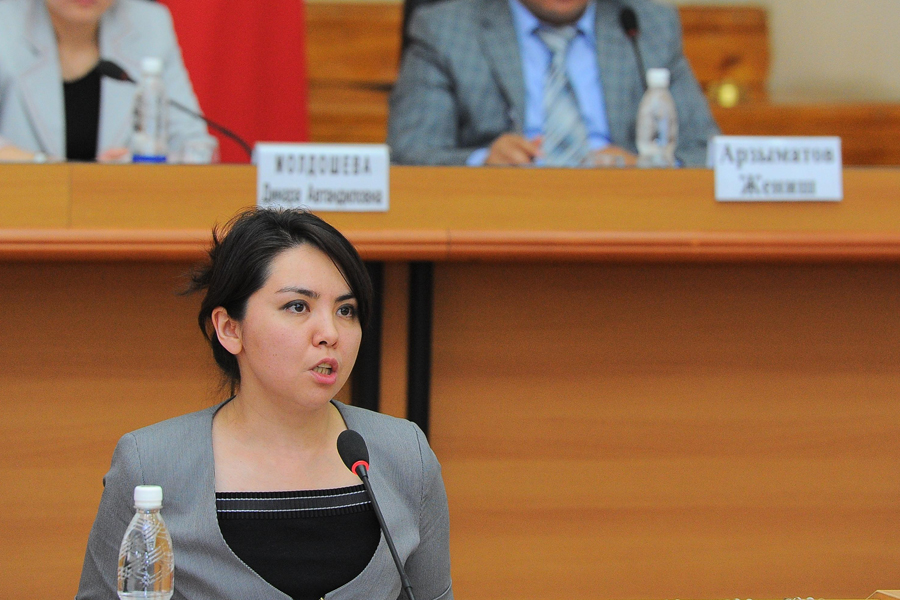 From participation to empowerment

Many community projects are primarily aimed at gaining citizen input and cost-sharing on specific development initiatives where most of the objectives are decided in advance. This type of participation can impose additional burdens on the poor without giving them much substantive power. In order to contribute to empowerment, participatory institutions at a minimum need to have real teeth and allow citizens to have a meaningful impact on development decisions.

Donor-supported programs can have even more substantive empowerment effects when they are aimed at encouraging active citizenship. John Gaventa of the Institute for Development Studies finds that the most positive experiences with citizen empowerment involve going beyond local community development programs to combine multiple more organic popular mobilization strategies. He points to the benefits of broader participatory efforts in promoting citizen awareness of their rights, enhancing civic participation skills, and bringing new voices into the public sphere. Many practitioners argue that even induced participatory projects can have positive empowerment effects if they bring citizens in contact with their representatives or service providers and start a conversation among usually segregated groups. Education can also play a role in increasing civic capacity, especially through enhancing literacy, though direct efforts at civic education have had mixed results.

More effective practice in participatory aid requires a shift in how these programs are conceived and implemented. Research and practitioner experiences suggest several ways to improve operational practice:

Start from sociopolitical context: Programs should be based on political and social analyses that examine both local power relations and the broader political economy. While all local development programs face similar risks of elite capture, the specific nexus of civil society, government, and market failures will vary from context to context, as will views toward citizenship and civic participation. Aid providers also must understand how they themselves are perceived within communities and how they fit into the local power structure.

Build capacity first: Programs should devote resources to building civic capacity to participate and hold governments accountable. Development practitioners also need space to improve their own capacity to support participation by learning what matters to citizens and what barriers they face.

Encourage adaptive implementation: Participation is not a simple technical input that can unleash linear progress. It involves navigating through local power relations and pushing for sometimes uncomfortable changes. Successful programs tend to be those led by individuals who know the local context, work in an incremental and flexible way, listen to citizens, seize opportunities, and shift approaches along the way. Smart implementation requires constant monitoring of what strategies are working (or not) and an appetite for learning from failures.

Improve evaluation and learning: Too little evidence exists on the drivers of successful participatory programs. Impact evaluations can be useful in testing innovative ideas but there is also a strong need for evaluations that consider the process of how certain programs led to—or failed to deliver—poverty reduction and empowerment.

The insights outlined above are well-accepted among many practitioners, so why are they still not systematically incorporated into practice? In addition to government, market, and civil society failures, there are important donor shortcomings to consider:

Lack of sociopolitical knowledge: Over the past decade, development agencies have made greater investments in political and social analysis but many practitioners still lack an adequate understanding of the localities in which they work or the social processes likely to broaden empowerment. Even when practitioners are familiar with the sociopolitical context, they do not always have the tools to translate that knowledge into more effective programs.

Limited political influence: The findings that participation works best when tied to organic social mobilization and responsive states provide important insight. They also highlight the limits of donor influence. Politically inspired social movements are more likely to yield transformative change than donor-created participatory spaces but outside actors are not well positioned to aid them, because such assistance is politically sensitive and because it can undermine the organic nature of citizen efforts. On the state side, donors cannot force recipient governments to encourage citizen participation and respond to bottom-up demands, particularly in autocratic contexts. In these cases, aid providers may have few options but to support long-term, incremental efforts at social and political change.

Inflexible project designs: Donor commitments to encouraging citizen participation sit uneasily with the reality that most aid programs have pre-set goals with little room to change in response to community input. A participatory primary health program, for instance, usually cannot shift gears to focus on improving access to land, even if that is what citizens care about most. Program implementation continues to follow similar blueprints across very different contexts and practitioners do not have the institutional space to reevaluate how they should intervene.

Results pressures: As foreign aid comes under increasing public scrutiny, all the incentives in donor organizations point toward tightly controlling programs and proving clear and measurable evidence of short-term impact. This emphasis runs against efforts to encourage long-term engagement, adaptive implementation, space for experimentation, and honesty about failures. Participatory programs, especially those aimed at empowering citizens, may not show results in two- to three-year time frames and their most important impact is likely to be on citizen engagement outside the project.

The promise of participation has secured it a prominent place on the international aid agenda and today few people would contest that citizen participation is valuable and necessary. Yet the overflowing objectives of participatory programs also contribute to unrealistic expectations about what these relatively modest interventions can achieve. 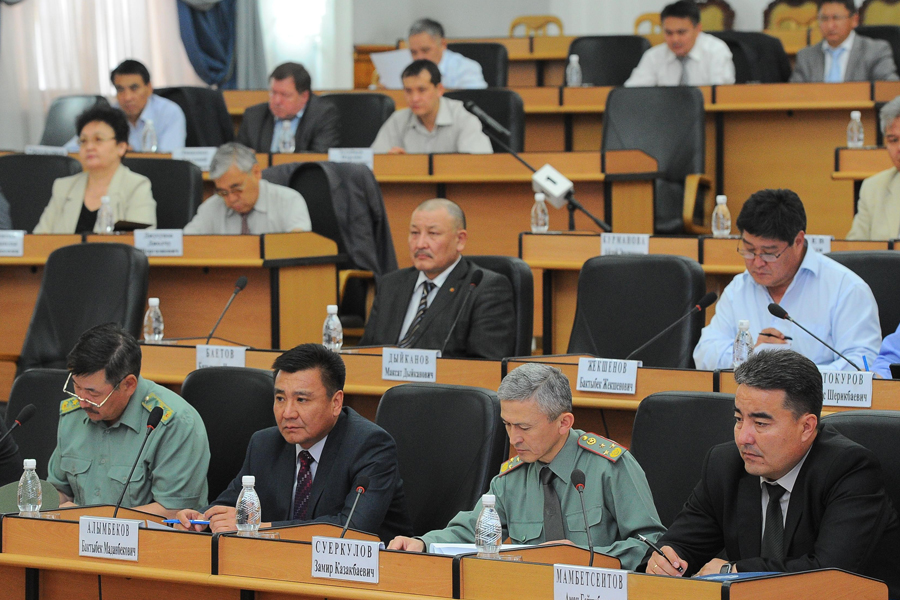 The experience of donor-funded community development and decentralization programs vividly highlights the dangers of assuming that participation in itself will empower people and cut poverty. It reveals the serious obstacles to effective collective action induced by outside actors, the importance of local context and power relations in shaping the space for participation, and the critical role of a responsive state. Empowerment and civic capacity, far from arising automatically out of opportunities for participation, must be actively supported.

Development agencies have a difficult time implementing effective participatory programs, for reasons ranging from inadequate sociopolitical knowledge and influence to inflexible bureaucratic structures. But there are nevertheless many possibilities for improved practice—through more realistic assessments of local contexts and prospects for reform, and more emphasis within aid bureaucracies on opening space for adaptive implementation. We may have to scale down our expectations for participatory programs, but we have an important opportunity to enhance their impact.