It is no coincidence that the cities and neighborhoods in Honduras with the highest incidence of violence are also those with the highest migration rates. In the case of Choloma, for instance, the city’s homicide rate was 77 per 100,000 people in 2018—which is high even by the standards of cities such as Tegucigalpa, Tela, and La Ceiba, where crime and violence are also unremitting. From October 2018 to March 2019, Choloma’s homicide rate was 37 per 100,000—on pace to meet or exceed last year’s rate. School principals in the area report that record numbers of young people dropped out of school to migrate north during that period.

Similarly, a school principal in San Pedro Sula cited violence as the main cause for declining enrollment in her school—from 500 students a few years ago to 150 today. Violence not only drives students and families to migrate to the United States, but it is responsible “for internal displacement as well,” she said. Parents frequently tell her that gang members are pursuing their daughters or threatening their sons, so the family moves to another community, a different city, or to the United States.

Migration by the Numbers

A recent study revealed that 63 percent of Honduran students hope to migrate to the United States, Mexico, or Spain. Another study found that 46 percent of Hondurans aged 18 to 29 intend to migrate, whereas only 28 percent of older men and women plan to do so. Two-thirds of all undocumented migrants from Central America dropped out of school to migrate; only 30 percent of migrants are high school graduates. These numbers indicate that dropouts migrate at more than twice the rate of high school graduates. The rate plummets further when young people obtain a university degree; only 2 to 3 percent of college graduates ever attempt to migrate without documents. One key to reducing undocumented migration, therefore, is keeping young people in school and ensuring they graduate.

The U.S. Agency for International Development (USAID) Asegurando la Educación (Securing Education) project is playing an important role in reducing undocumented migration to the United States by making schools safe places to learn, keeping young people in class, promoting careers for youth, and counseling families in distress. The five-year project works in cities with the highest rates of violence and migration—Choloma, La Ceiba, San Pedro Sula, Tegucigalpa, and Tela. We work with principals, teachers, parents, students, counselors, and community members to reduce violence in and around schools to improve attendance, academic performance, and retention—all factors that contribute to more students graduating. Students who are attending classes and learning are young people who are not migrating. 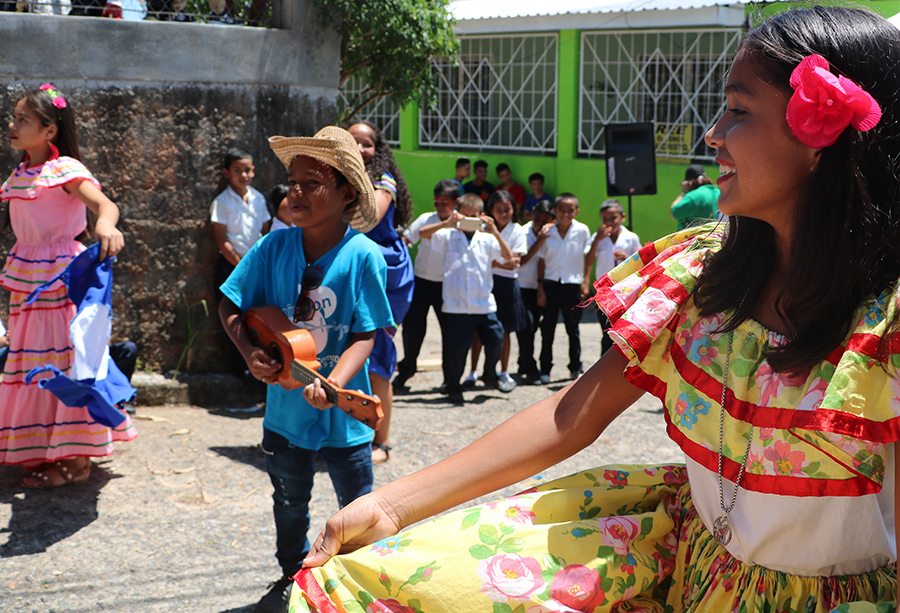 Although schools need to remain in Asegurando’s “Safe Learning Spaces” program for three years to see its full benefit, the program is having an impact after just one year. Fifty-two percent of participating schools achieved a persistence rate—meaning the proportion of students who remain in school from initial enrollment to final enrollment—of 100 percent or more, compared to only 35 percent of schools the previous year. As a group, the 65 target schools saw an average persistence rate of almost a full percentage point better than the average of schools in the high-risk regions where Asegurando works. The 15 de Septiembre School in Tegucigalpa—which was experiencing a 20 percent drop in enrollment the year before entering the program—is now seeing only a 5 percent drop in enrollment after joining the Safe Learning Spaces program.

Teachers and principals also report that their schools are safer. “Last year we had to call the police many times” to handle violent situations, said the principal of the largest high school in La Ceiba. “This year, we haven’t had to call them even one time.” She also said, “We had a big drug problem last year…. While I can’t say that there are no drugs in the school [this year], I can say that we don’t really have a drug problem.”

Glimpse of the Future

Project-facilitated field visits expose at-risk students to supermarkets, bottling companies, hotels, universities, and other places of business, offering them a glimpse of the career opportunities that await them if they stay in school. When visiting Multi-Plaza mall in Tegucigalpa, for instance, students met Brener Torres-Marquez, an architect who grew up in the same neighborhood and graduated from the same high school in Comayagüela as the visiting students. “This is all possible if you plan your future and work towards it each day, each week, each month,” Torre-Marquez told them. After such visits, many students raise their aspirations. They report that they now see themselves as architects, pilots, managers, accountants, and other professionals.

Local university students are also showing high school students a better future by becoming mentors. The Asegurando Fellows program places 70 university students from the project’s target communities into 50 schools, implementing violence prevention activities that potentially reach 42,000 students. The fellows lead anti-bullying campaigns, conduct school safety surveys, and co-facilitate workshops, all while acting as role models. “I graduated from the very same high school where I work today,” said one. Getting an education is “hard,” she conceded, but she demonstrates to her students that despite economic and other hardships, if she can do it, so can they.

At the same time, an awareness-raising campaign—“Imagining My Future in Honduras”—uses social media and school activities to demonstrate that the most reliable route to a safe, promising future is by remaining in school, graduating, and finding work. Professionals, business people, and university fellows return to their schools to host discussions with current students. The project also hosts workshops on career options and invites students to express their aspirations through murals and other art. 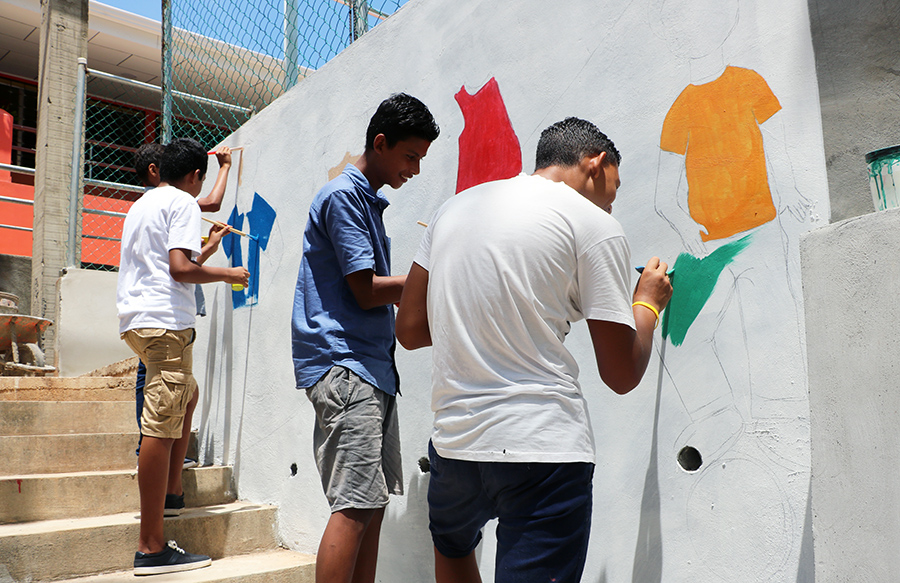 Teachers are a big part of the solution. Equipping them with the tools to mitigate school-based violence, the project has trained 3,500 teachers in the first two of five “Educators for Peace” professional development modules. Not yet halfway through the curriculum, educators are reporting promising results in reducing migration of students and families. A principal in Tegucigalpa has counseled several families this year on how to keep their children safe in school. “The principal and the school are good to my family,” said one mother who suspended plans to migrate north. “They make me feel welcome.”

In the face of the current wave of out-migration, Asegurando is helping educators create safe learning environments, keep kids in class, promote viable careers, and counsel families. There’s more to be done. Next year the project will roll out an early warning system to help educators identify students at risk of dropping out and migrating. Over the next two years, the program should prove even more impactful for tens of thousands of students and their families.