Seventy percent of the Southern African Development Community’s (SADC) population depends on agriculture for food, income, and employment. Access to the appropriate seed varieties—particularly in the face of rapid climate change—is critical to increasing incomes and food security for smallholder farmers, yet this continues to be a challenge in the region.

Historically, trade in seeds has been curtailed by a lack of mutual recognition for seed certification and quality assurance standards between countries. These small national variations among regulations—related to variety release, seed certification, and quality control, as well as quarantine and phytosanitary regulations—lead to increased transactional costs and duplicative procedures across countries, which in turn raise costs and increase the time required to get seeds to farmers. Seed markets remained segregated and seed security continued to elude farmers, resulting in low production and productivity, and higher risk of crop failure. With limited movement of seed from countries in surplus to those in need, smallholder farmers have relied on either using inappropriate seeds for their ecological conditions or counterfeit seeds that diminish productivity.

In response to these interconnected issues, SADC, in the late 1980s, conceived a strategy for standardizing seed laws across the region. The SADC Harmonized Seed Regulatory System (HSRS), a set of guidelines for seed production and export that all SADC member states agreed on, created a common legal framework with agreed standards, rules, and procedures. In 2001, SADC recognized the importance to move on the HSRS and introduced the SADC Seed Security Network, which was instrumental in creating technical agreements between member states. Unfortunately, the system yielded few tangible results.

In 2016, the U.S. Agency for International Development (USAID) Southern Africa Mission partnered with the SADC to accelerate implementation of the Seed Security Network by designing a project that sought to improve the availability of and access to high-quality seed in member states by harmonizing national seed policies with the regional standards, and leveraging private sector investments to increase agricultural productivity, profitability, resilience, and food security. This project became the Feed the Future Southern Africa Seed Trade Project (Seed Trade Project), led by DAI from 2016 to 2022.

Taking a consultative approach, alongside technical assistance and financial support, the Seed Trade Project built the capacity of stakeholders to implement and conform with regulations stipulated in the technical agreements. It focused on four SADC countries—Malawi, Mozambique, Zambia, and Zimbabwe—but its policy work had implications across all 16 member states. 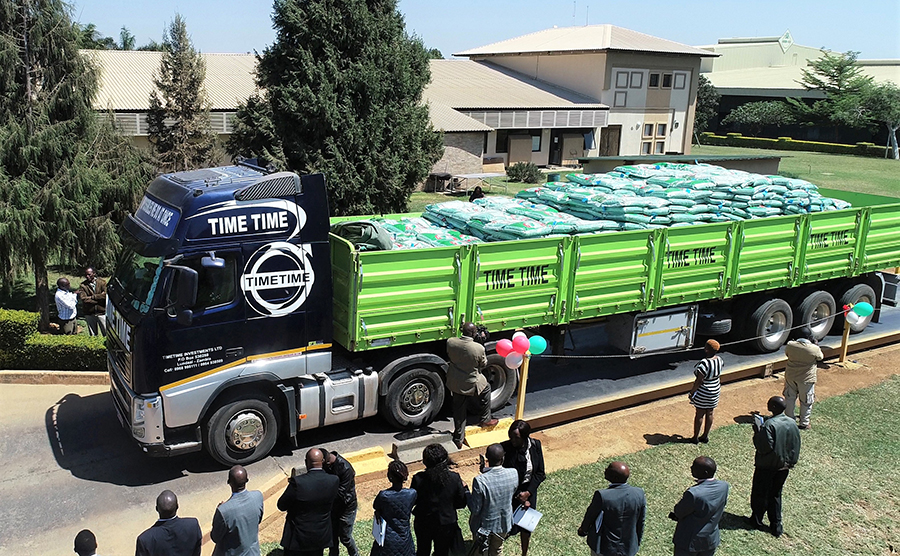 The inaugural export of seed under the SADC HSRS using SADC Seed Labels and Certificates by Seed Co. from Zambia to the Democratic Republic of Congo. Photo: Seed Trade Project. 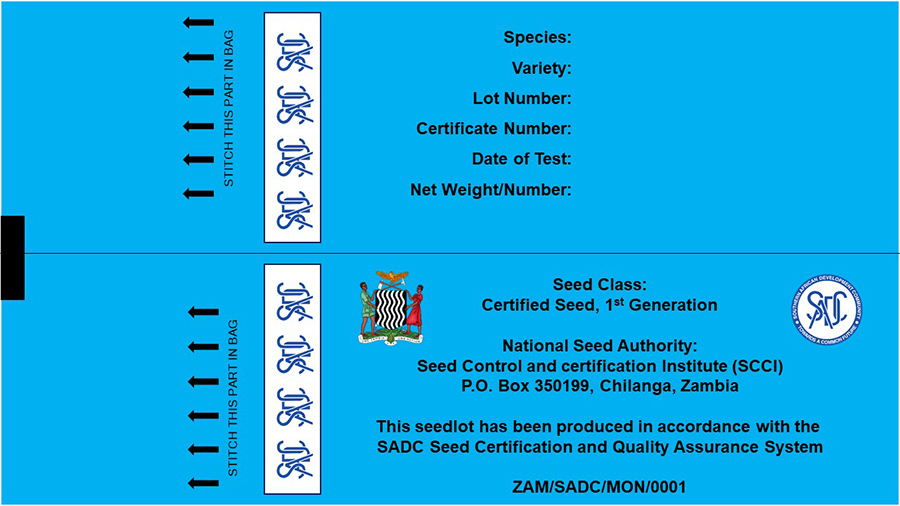 In Malawi, agricultural productivity, especially among smallholder farmers, continues to be a major growth constraint and access to productivity-enhancing inputs remains limited. Malawi’s seed sector is dynamic; there are many seed companies operating in the country, including K2, Seed Co, Syngenta, CORTEVA/Pannar, Peacock, MUSECO, Global Seeds, and others. Yet, at a regulatory level, there are numerous deficiencies. Government entities are still building their capacities to test and certify seed and coordinate the domestication and implementation of regional policies aimed at strengthening the sector. In Malawi, the Seed Trade Project focused on three critical issues: strengthening policy, digitizing seed certification, and human and institutional capacity-building for seed quality assurance.

Having participated in its development and ensured its alignment with the HSRS, the Seed Trade Project partnered with the Seed Trade Association of Malawi to facilitate a one-day meeting between seed industry partners—including the Farmers’ Union of Malawi, the Civil Society Agriculture Network, and the Alliance for a Green Revolution in Africa, and 25 members of the Parliamentary Committee on Agriculture—aimed at expediting the promulgation of the Malawi Seed Bill into the Seed Act.

In addition to harmonizing Malawi’s seed law with the regionally agreed guidelines and other international standards, the Seed Bill addresses the previously sticky issues on seed law enforcement which 1) affected service delivery by the seed certifying authority; 2) prevented the curbing of fake seed; and 3) prolonged the variety release process in addition to the “red tape” on regional seed trade. As of December 2021, the National Seed Bill is following due process ready for presentation in Parliament moving closer toward being published in the Government Gazette and enacted into law.

Malawi’s manual seed certification process has long been an impediment to the agricultural sector. Seed companies would have to make repeated visits to Malawi’s Seed Services Unit (SSU) to fill out paperwork from farmers’ registration through field inspections to become certified, incurring significant costs and delays in their ability to sell. Following its success in digitizing seed quality assurance through an Online Seed Certification System in Zambia, the Seed Trade Project worked with Malawi’s SSU to develop and operationalize the Online Seed Certification System, customized for Malawi. The system drastically reduces processing time and improves quality assurance, enabling the SSU to provide better services.

SSU head Dr. Grace Kaudzu confirms that the Online Seed Certification System has significantly reduced the amount of paperwork and the number of times that seed companies must visit SSU offices to process documents related to seed certification. In 2019, working with 10 companies, the SSU piloted the online system, which also serves as a central repository for data collection and collation, including field registrations, field inspections, issuance of lot numbers, laboratory seed testing results, and issuance of certificates. By 2021, 30 seed companies were using the system.

The Seed Trade Project also completed training of Malawi seed quality assurance personnel, including seed inspectors and seed testing technicians. In addition, the project supported the procurement of new technology for the Chitedze Seed Testing Laboratory in 2021 and 2022, which included seed testing equipment, an industrial generator to curb power outages, and computers and other IT equipment to ensure full implementation of the Online Seed Certification System across the country. All procured equipment serves to ensure that Malawi meets the standards required by the HSRS, as well as other international seed quality assurance standards such as those of the International Seed Testing Association and the Organisation for Economic Co-operation and Development Seed Schemes.

All SADC member states need to revise their seed laws to fully align with the HSRS for the region and fully integrate their seed markets into one SADC-wide market trading in high-quality seed of improved, resilient varieties.

Continued human and institutional capacity-building remains a priority—to develop a critical mass of competencies and modern equipment along the seed value chain to ensure high-quality implementation and mutual recognition of standards.

Scaling the Online Seed Certification System is critical to improve seed quality assurance, saving costs which translate to more and timely access to improved seed by farmers, as well as curbing the pervasiveness of fake seeds. The Seed Trade Project developed and operationalized the online system in Zambia, Malawi, and Mozambique; however, scaling it out to the remaining member states will improve seed quality assurance, thereby aiding trade in the region.

The SADC Seed Centre needs to continue its trajectory toward self-sustainability to ensure effective coordination of the HSRS, thereby promoting seamless seed trade across the member states.

For more information about Seed Trade’s work and impact, please follow this link to the project’s Final Look Book.

Itai Makanda was the Chief of Party of the Seed Trade Project and Mia Marshall is a Senior Global Practice Specialist in DAI’s Economic Growth practice.