In the 2007 case of Kafantayeni and Others v. Attorney General, the Malawi High Court invalidated the mandatory death penalty and ruled that all prisoners given these sentences were entitled to a new sentence hearing. In November 2010, the Malawi Supreme Court of Appeal confirmed this right. But by 2013, none of the affected death-row prisoners—188 men and four women—had received their hearing.

Enter the Kafantayeni Resentencing Project, led by the Malawi Human Rights Commission in partnership with 12 other groups. Working together under a grant provided by the Tilitonse Fund, and prioritizing cases involving prisoners on death-row, this coalition of good governance organisations pushed for and achieved a positive response from Malawi’s criminal judicial system.

Through January 2016—one year since resentencing began—74 of these prisoners had received their hearings, leading to the outright release of 55 prisoners with another 14 seeing their sentences reduced. Many of those released had been imprisoned for years or decades. Among them:

Established in November 2011, the Tilitonse Fund in Malawi is a shining example of what can happen when collaboration—and not confrontation—lies at the centre of grant facility principles. Working with civil society and community-based organizations, Tilitonse—“let’s all play our part” in the Chichewa language—promotes inclusive, accountable, and responsive governance. Contributors include the U.K. Department for International Development, Irish Aid, and the Royal Norwegian Embassy. The fund is managed by a Secretariat in Lilongwe and supported by DAI in partnership with O&M Associates Malawi. Tilitonse has attracted more than 1,000 applications during eight funding windows since its 2012 launch, and granted £12.4 million to 73 governance initiatives. Grantees include Water for People, Consumers Association of Malawi, and the Coalition of Women Living with HIV and AIDS, to name a few. 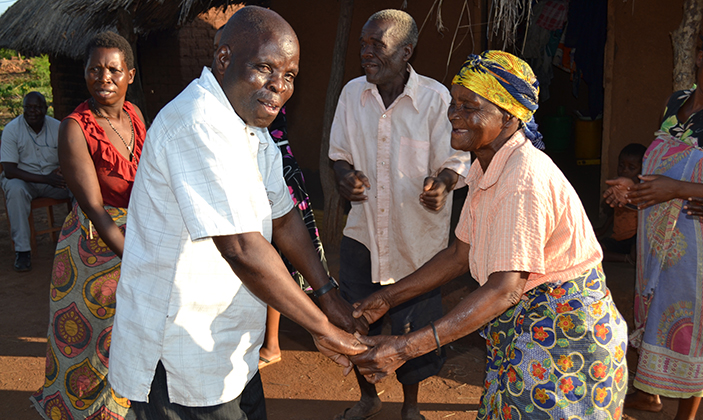 Despite Malawi’s multiparty democracy and improving governance scores, poverty and basic service delivery remain major challenges. Most citizens are unaccustomed to holding the government to account for services they provide and public money they manage. Nor are citizens used to advocating for the protection of basic rights, such as their right to resentencing hearings. These limitations leave communities—especially people who are poor and vulnerable—unable to address civic problems that reduce their quality of life.

Grantees of the Tilitonse Fund use their grants to address governance shortcomings in sectors such as mining, health, education, agriculture, water, environment, disabilities, and justice. Their proposals must be informed by political economy analysis and a clearly defined theory of change that works toward raising citizen voices to advocate for and claim their rights.

Successful grantees include both local and international civil society organisations, community-based organizations, and multi-group partnerships that include quasi-government agencies, such as the Kafantayeni Resentencing Project. Tilitonse provided tailored mentorship to successful grantees, including in improving financial management and monitoring systems, helping understand political economy analysis, and strengthening capacity to advocate for inclusive accountability so no one or group is left behind.

The Kafantayeni Resentencing Project won buy-in from key stakeholders with cases being heard pro bono by judges and lawyers from the Legal Aid Bureau and private law firms. Cases are now being built for the remaining prisoners on death row and those whose sentences were commuted to life in prison. Case files that went missing from the judiciary have been reconstructed in preparation for the hearings.

Partners are also working with the judiciary to develop a standardised approach to sentencing capital offences. The project had planned to conduct camp courts and sentence bargaining within prisons to better facilitate hearings by judges. However, the judiciary recommended that cases go through normal court processes to ensure independence. Shortfalls in the criminal justice system—such as missing case files—are being documented and addressed as cases are put together. Under the resentencing project, 108 case files were found to be missing due to poor record keeping, so the Malawi Human Rights Commission and judiciary agreed to use fresh evidence reconstructed from the mitigation/aggravation interviews conducted through the Paralegal Advisory Services Institute (PASI), with the support of students from the University of Malawi Faculty of Law and the Northwestern and Cornell university law schools in the United States.

This documentation will improve the Malawi criminal judicial system’s ability to address and reinforce the principles of basic human rights. Further, the project has conducted community sensitization meetings together with PASI and the Centre for Human Rights Education Advice and Assistance to raise its profile, source information on the missing cases, and facilitate integration of the prisoners into society should they be freed. 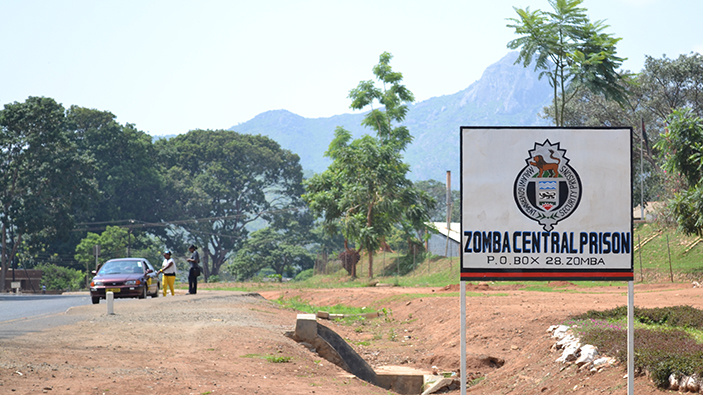 The project is learning as it goes along. In its newest phase, we are undertaking a deeper consideration of prisoner wellbeing—working with the Prison Fellowship Malawi Halfway House in Balaka to provide aftercare for released prisoners, for example, and raising awareness of prisoners’ mental health to inform sentence hearings. Also, sentence hearings for prisoners on death row had never been implemented in Malawi. Working through this process has deepened legal knowledge both locally and internationally, with corresponding benefits for student lawyers, paralegals, and other volunteers as they learn investigation techniques in preparation of each hearing.

The Malawi Prison Service provides information to feed into the cases, suggesting institutional acceptance of these important criminal justice initiatives.