The traditional pastoralists of northern Kenya are increasingly challenged by the changing climate.

Most of the land they inhabit is classified arid or semi-arid and prone to droughts which, in recent years, have become almost annual. Seventy-four percent of the people—much higher than the national average—live below the national poverty line, with poverty rates highest in the most arid counties of Wajir, Mandera, Marsabit, and Turkana. The struggles for those in Wajir and Mandera are compounded by the effects of insecurity from neighboring Somalia.

A programme to reach these pastoralists with cash transfers—the Hunger Safety Net Programme (HSNP)—was greatly enhanced with the December 2014 launch of the HSNP Dashboard, an online system that allows managers and field staff to track who is getting assistance (and where), file and respond to complaints, scale up payments in emergencies such as the January–March 2015 drought, and assemble the data for planning and reporting. 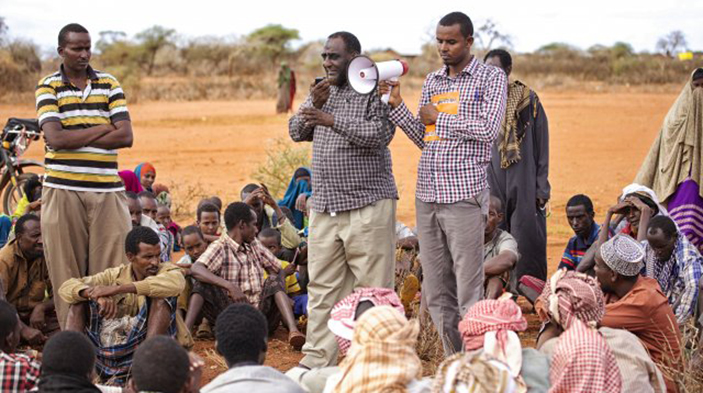 Now entering its second phase, HSNP, which targets the four aforementioned counties, is one of five cash transfer programmes merged in 2013 under the Government of Kenya’s National Safety Net Programme. Originally a social protection programme launched in 2007 by the U.K. Department for International Development (DFID), HSNP is delivered through a Programme Implementation and Learning Unit (PILU) managed by DAI, which designed and launched the HSNP Dashboard.

The PILU manages bimonthly cash transfers to up to 100,000 of the poorest households across an area of 220,153 square kilometers—one household for every 2.2 square kilometers. These households typically need the money to pay for food, school fees, healthcare, and productive investments such as livestock. The programme will also complete the registration of an additional 272,520 households for emergency transfers in case of drought.

In a social protection programme of this scale, targeting numerous recipients, a vital design consideration was how to resolve the complaints and grievances of beneficiaries. Without a way to deal with issues at a household level—and in a way that connects HSNP’s many parts—the programme’s impact would be vastly diminished.

The PILU uses a network of eight county coordinators and 12 sub-county programme officers, aided by Help Age International at the field level under a separate grant. These programme officers are charged with resolving many and various issues, including incorrect registration, missed or late payments, incorrect payment amounts, households missed in the original targeting, and malpractice by the payment agents who are supposed to distribute the money. 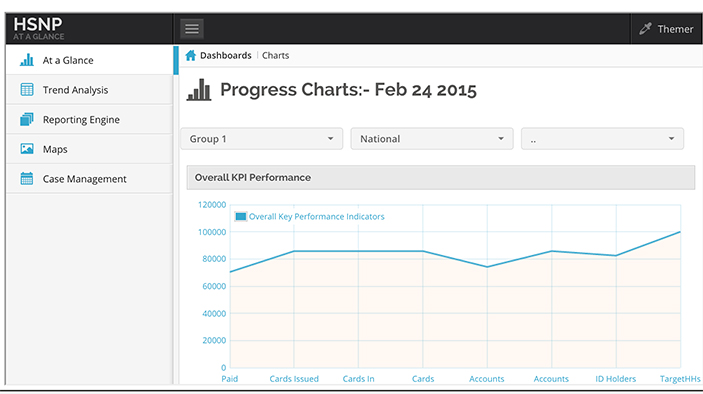 The HSNP Dashboard enables county officers to look into and resolve issues at the local level by referring to data entered locally through tablets and laptops. It enables officers to update the status of a grievance—as registered, closed, updated, or open—directly from the field as they investigate.

By facilitating this timely data transfer, the HSNP Dashboard enables complaints and grievances to be resolved quickly and efficiently, leading to cash transfers that are markedly smoother than the traditional system based on paper forms that needed to be filled out, transported, and filed.

The programme recently introduced emergency scale-up transfers, responding to this year’s drought with cash payments to victims. Transfers were sent in early and late April, reaching 95,480 households. Recipients were identified and payments made using a model that combined satellite-based vegetation condition index (VCI) data that measures drought with HSNP’s scalability model, a global first in providing rapid response to independent data in times of crisis.

The HSNP Dashboard also allows open public access to summary data on key indicators of HSNP performance. A Charts page displays data in table and graph form, enabling analysis at a national or county level, while a mapping function provides a view of where registered households and payment agents are located.

The Dashboard’s reporting engine generates summaries of key data at national or county levels covering performance indicators such as cards issued, accounts activated, accounts opened, and target households paid. This vital monitoring of performance in beneficiary selections, payments, and complaints resolution will be key for the timely identification of issues or bottlenecks as the programme moves forward.

The four other cash transfer programmes that make up Kenya’s National Safety Net Programme—for orphans and vulnerable children, older persons, urban food subsidy, and persons with severe disability—do not yet employ an online system. But while DFID has welcomed the innovative approach, the HSNP Dashboard continues to develop. With the final push towards the capture of data from all 100,000 target households, combined with registered emergency cash transfer recipients, we anticipate the need for further data analysis by DFID. We also anticipate a need to better inform vulnerable households as to how the complaints process works, working with local representatives including chiefs, assistant chiefs, and community volunteers. 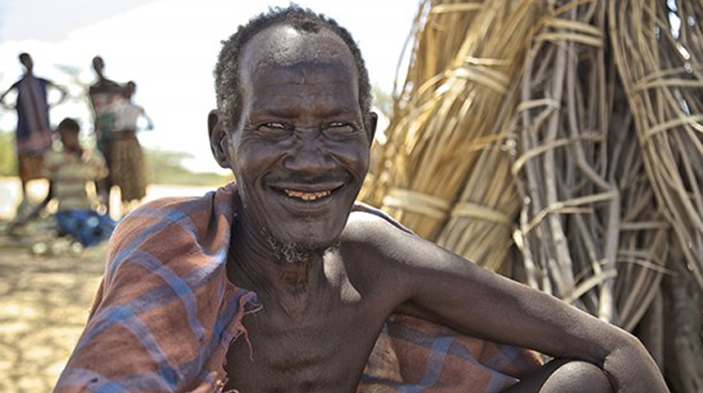 Now fully established, HSNP efficiently delivers regular cash transfers to 100,000 of the most vulnerable households in Kenya. The DAI-led PILU is responsible for ensuring that the programme reaches its intended recipients. We are committed to introducing innovative approaches such as the HSNP Dashboard to facilitate lasting developmental impact while capturing data that helps DFID, DAI, and others improve such programming.