In 2000, Vietnam was anxious to pump life into its economy. Less than a generation removed from a crippling war, the country faced challenges such as reducing poverty and creating enough jobs to absorb some 1.5 million people entering the labor force each year.

Twelve years later, Vietnam enjoys one of the fastest growing economies in the world, spurred by an ongoing economic growth project led by its government and with the assistance of the U.S. Agency for International Development (USAID). 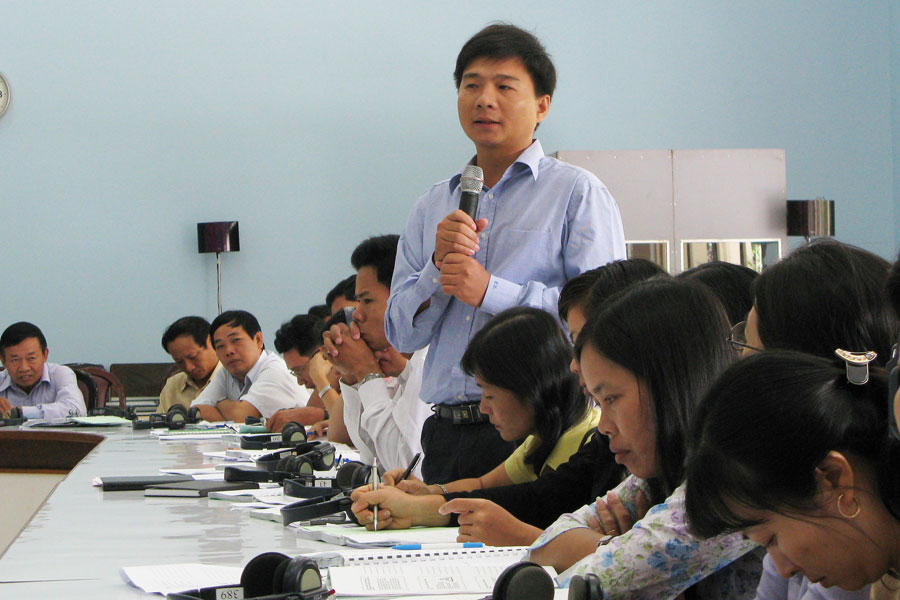 The Support for Trade Acceleration Project (STAR) was designed in 2000, launched in 2001, and implemented by DAI to help Vietnam meet the commitments under its landmark U.S.-Vietnam Bilateral Trade Agreement (BTA). USAID STAR would further help Vietnam gain entry into the World Trade Organization (WTO) in 2007, and is credited with helping open the country to global trade and inspiring the country’s economic surge. Perhaps most importantly, STAR helped create a culture of cooperation and communication between the government, private sector, and civil society where law and justice facilitates business rather than hinders it.

“[This] shift in the business and investment climate opened new markets; foreign direct investment (FDI) created new firms and new opportunities for existing Vietnamese firms,” concluded STAR’s recently released third-party performance evaluation. “The rapid growth in exports, FDI, and diversification of export production are tangible evidence that private sector actors responded to and benefited from the new business and investment opportunities. “It is not unreasonable to speculate that Vietnam would have achieved BTA and WTO accession without STAR, but that the transition would have taken longer and the full set of changes taken together as a cohesive system would have been of lower quality and possibly dysfunctional.” 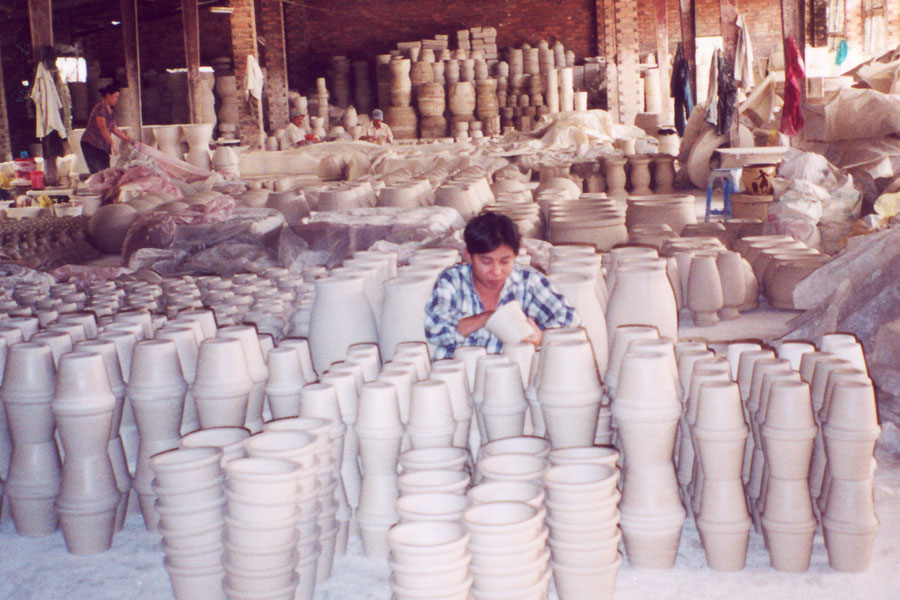 Vietnam’s annual exports to the United States have increased from $822 million in 2001 to $14.8 billion in 2010, while imports increased from $368 million to $3.7 billion, according to the U.S. International Trade Commission. Vietnam’s gross domestic product during that time grew from $32 billion annually to more than $106 billion, according to the World Bank. Foreign direct investment in Vietnam jumped from less than $2 billion per year to more than $10 billion. While STAR, of course, cannot take direct credit for this phenomenal surge, the evaluation concluded that the project helped set the stage for it.

The Key: Vietnam Drove The Project

When the U.S. Government offered to assist Vietnam in its efforts to participate in the global economy through USAID STAR, oversight of the project was given to the Prime Minister’s Office of the Government. Using the terms of the U.S.-Vietnam Bilateral Trade Agreement as a map, a steering committee of Vietnamese leaders took stock of the needs to be addressed. They prioritized the activities that STAR and its Vietnamese counterparts would carry out, and the project set up a rolling workplan to respond to constantly changing needs.

As a result, STAR became—and remains—the quintessential demand-driven economic growth project. That was by design, according to Jean Gilson, who at the time was USAID’s Country Representative in Vietnam. “It was brilliant of our Vietnamese colleagues to situate the project under the Prime Minister, because if STAR became captive to one ministry—and there were some who favored that approach—there was no way it could have succeeded. There were agreements and changes to be made across many agencies and ministries: Justice and Trade to name just two,” said Gilson, now DAI’s Senior Vice President for Strategy and Marketing. “Fortunately, the project and its technical experts—Vietnamese, U.S., and international— were given the mandate to make recommendations in an independent manner.”

Added Helle Weeke, DAI’s General Counsel, who in the 2000s was a member of the resident STAR legal team: “We positioned ourselves as neutral, not as a go-between between the two countries. It was important to establish that impartiality and integrity with our Vietnamese counterparts and the U.S. Government.” Weeke added that the Law on Laws, a major focus of USAID STAR, created transparency far beyond what was required by the BTA and WTO. All laws and regulations had to be published in the Official Gazette within 15 days of passage in order to become effective. As a result, issues of the Official Gazette skyrocketed from 49 in 2000 to 854 in 2007, with this openness having a significant anti-corrupting effect. STAR II developed an electronic version of the gazette—available to anyone with an internet connection. First launched in select provinces before being adopted nationally, the Official Gazette has attracted 58 million hits. 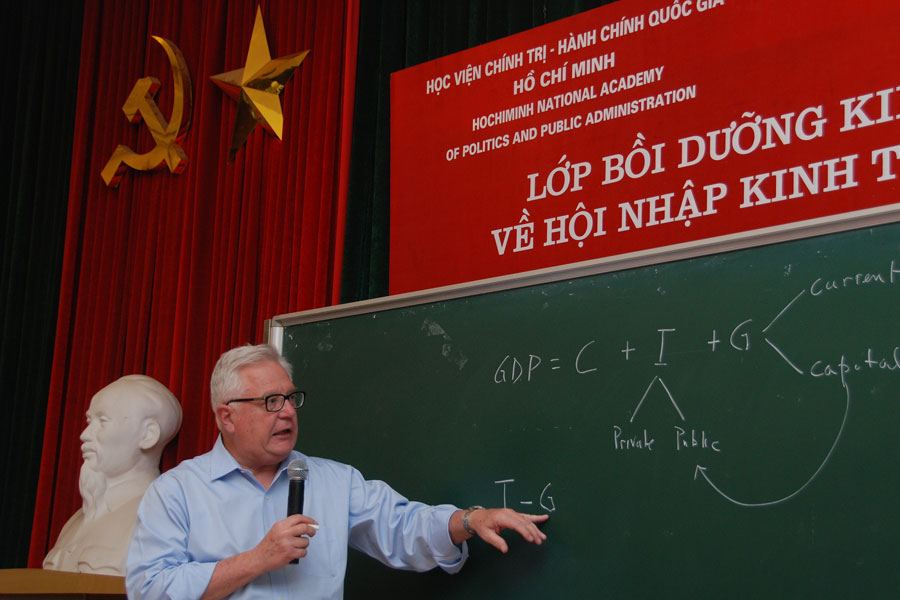 What STAR Did To Change A Culture

According to the program evaluation, which was conducted by Weidemann Associates Inc., USAID STAR stood out for its technical skill and its resourcefulness, specifically for:

“STAR pushed the envelope of what technical assistance can accomplish,” the evaluation stated. “Because STAR made extensive use of experts and institutions external to the STAR project and systematically employed other cost-saving techniques, STAR generated excellent value relative to its program budget.”

Upon signing the trade agreement in 2001, Vietnam was required to subject important trade decisions to the rule of law, and to speed the flow of related information to its people and businesses. The challenge was that these laws either did not exist or did not meet international standards. Vietnam lacked the means to ensure fair enforcement, and there were no channels through which to train or even explain these changes to those who would be affected.

USAID STAR I (2001–2006) worked at literally every stage of legislative development and with almost every institution responsible for enforcing the law to facilitate Vietnam’s legal reform. The STAR I team explained the relevance of BTA and WTO requirements to stakeholders across the country and provided perspective on international best practice regarding domestic legal reform. With their Vietnamese counterparts, the team:

In 2001, many Vietnamese fretted over the impact and fairness of the trade agreement. Those concerns eased as exports to the United States boomed and Vietnam steadily achieved the needed legal reforms. The early and continuous support of the Vietnamese government opened the door for USAID STAR to build widespread credibility in Vietnam that is now almost taken for granted, according to the evaluation.

USAID further invested in STAR II (2006–2010), when the ranks of the project’s Vietnamese counterparts increased to 62 and its range of activities, especially capacity building, broadened greatly. Together, we further supported numerous laws, workshops, training for more than 19,000 participants, publication of reference materials, development of webpages and e-government programs, and training abroad.

To maximize the effectiveness of STAR II resources, the project mobilized additional funding: 37 volunteer interns working from two months to four years; funding from other U.S. and European government sources; and discounted and in-kind technical assistance from myriad public, private, and university sources. Without their contributions, the project would have been far less successful.

The Road Ahead: STAR PLUS

Critical to STAR’s success was that USAID invested in the project and its team for the long term, creating and sustaining relationships and results that continue to this day. While early skepticism has long since given way to widespread buy-in, the evaluators did note continued room for improvement in Vietnam’s trading environment:

Poor corporate governance, a lack of corporate social responsibility, and a limited reach for websites, among other shortcomings, also need to be addressed. But the dramatic increase over the past decade in public consultation and available information has enriched debate on how to push the dividends of economic reform out and down to more provinces and communities.

The strategy of STAR Plus (2010–2013) addresses these next steps, including by working to improve Vietnam’s governance skills, systems, and processes at all levels. And like its predecessors, STAR Plus remains flexible and demand-driven, adhering to a model that has proven its worth over more than a decade. As the evaluators observed: “USAID’s STAR approach offers a successful, applied model for assisting a host country that wants to become more integrated into the global economy as part of its economic growth strategy. Vietnam’s recent trade performance may attract the attention of other countries wanting to accelerate their economic growth.”